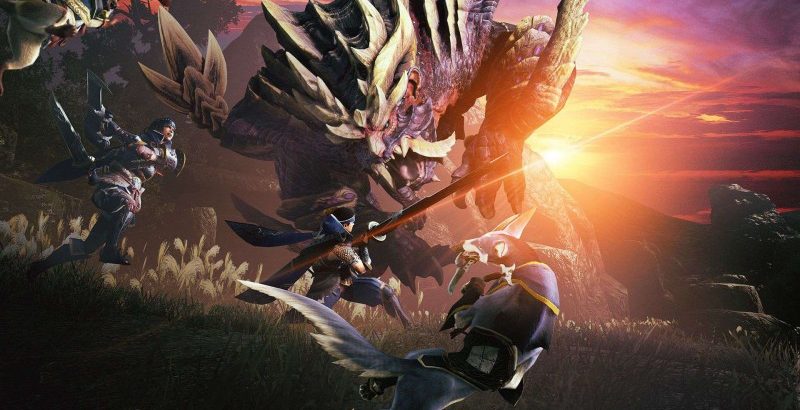 The upcoming release of Monster Hunter Rise is an exciting launch for longtime fans of the RPG series from Capcom, bringing with it more combat, more palicoes, and even some good puppers. While the Switch release is set in stone for March 26, Capcom has confirmed that a Monster Hunter Rise PC port is on the way but will be a staggered launch like games in the past. Much like Monster Hunter World, Rise is slated for a PC date sometime in 2022.

With Monster Hunter Rise dropping soon next month, many PC fans wondered if and when the game would be making it over onto a more moddable platform. Capcom has confirmed yes following several leaks in a recent interview with GamesRadar. During the interview, series producer Ryozo Tsujimoto confirmed that a PC release is in the cards, but it won’t be happening this year.

During the interview, Tsujimoto confirmed that a PC port is already developing because Capcom gets “many fan requests” for this platform. When Capcom brought Monster Hunter World to PC, especially with Iceborne, the community grew exponentially, and the feedback was overwhelmingly positive after the initial launch once the initial technical issues were taken care of. Because of that, Monster Hunter Rise will also make a solid PC port, in terms of player interest, and will open up possibilities for more fans to be able to enjoy the continuation of this franchise.

We’ve been learning a lot about Monster Hunter Rise over the past several months, including a demo for Switch fans to enjoy. Between the newly revealed Monster Hunter Rise Switch console and Pro controller and the latest trailer showing off even more monsters, there are many reasons to be thrilled about the next step in the Monster Hunter legacy.

As to whether or not we’ll see an Xbox and PlayStation port, that remains to be seen. Currently, Monster Hunter Rise is slated for a March 26 launch on Nintendo Switch with a PC release sometime in 2022. Could that open up to more platforms? It’s possible! But at this time, these are the only two that are confirmed.

What are your thoughts so far on Monster Hunter Rise? Would you like to see the game also make its way onto PlayStation 5 and Xbox Series X systems? Sound off with those slaying hot takes in the comment section below!