Monopoly Socialism: Winning is for Capitalists, a new board game from Hasbro Gaming, is one of the most mean-spirited board games I’ve ever played. Vanilla Monopoly itself is a dated, frustrating experience even in the most favorable settings. This self-described parody version, which I purchased online and picked up in a Target store here in the United States, forgoes any pretense of being fun to play. Even as a joke gift, it’s difficult to recommend for a number of reasons.

In Monopoly Socialism there are no properties to buy. Instead, the majority of the spaces on the game board are taken up with “projects,” a word that (perhaps inadvertently) brings to mind urban housing developments of the 1980s and 1990s. The game’s brand of jokes rely on partisan political humor; Marvin Gardens and Park Place are nowhere to be found, replaced with the Healthcare For All Hospital, the No-Tip Vegan Restaurant, and the Together We Rise Bakery.

Players take turns rolling dice and moving around the board, just like regular Monopoly. But, instead of paying for things on their own, virtually everything is funded with money from the Community Fund, which gets stocked with $1,848 dollars during game set-up. A cheerful instruction booklet points out that’s the same year that The Communist Manifesto was published.

The trick is that since there are only a few ways to put any additional money into the Fund, it dries up before much of anything is accomplished. Then the game ends. 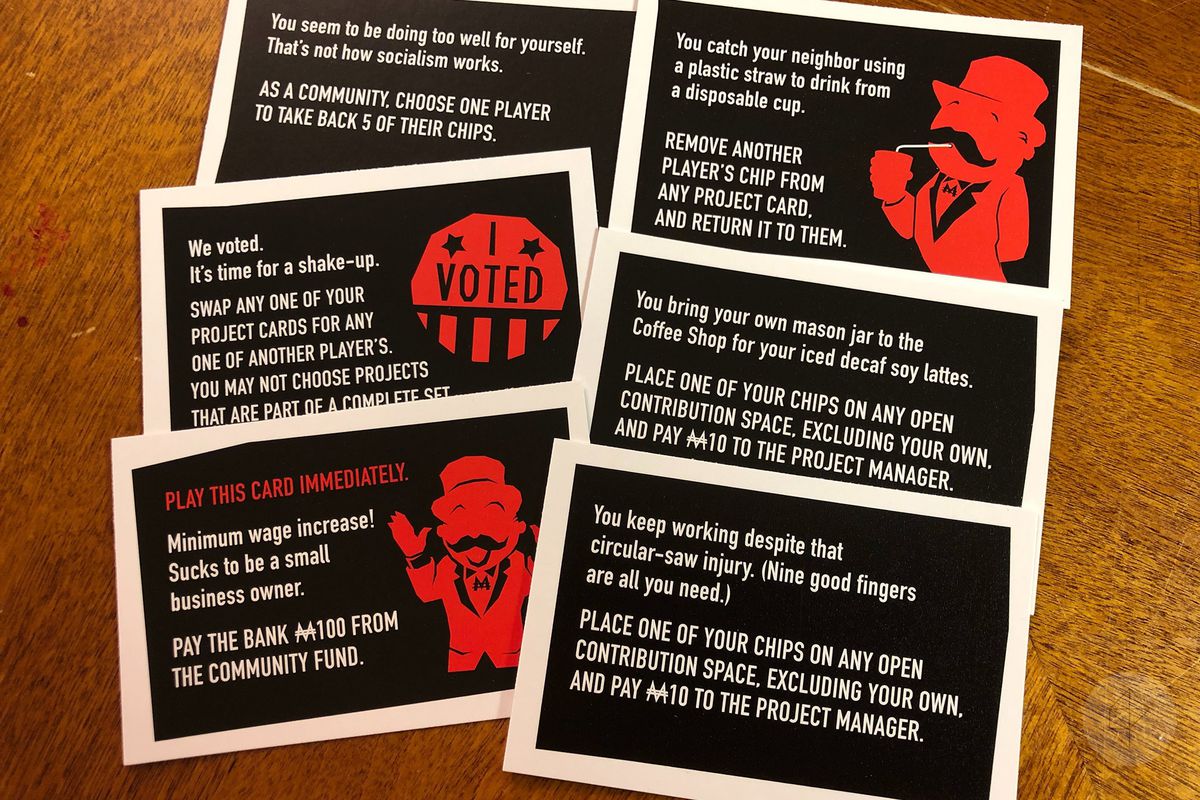 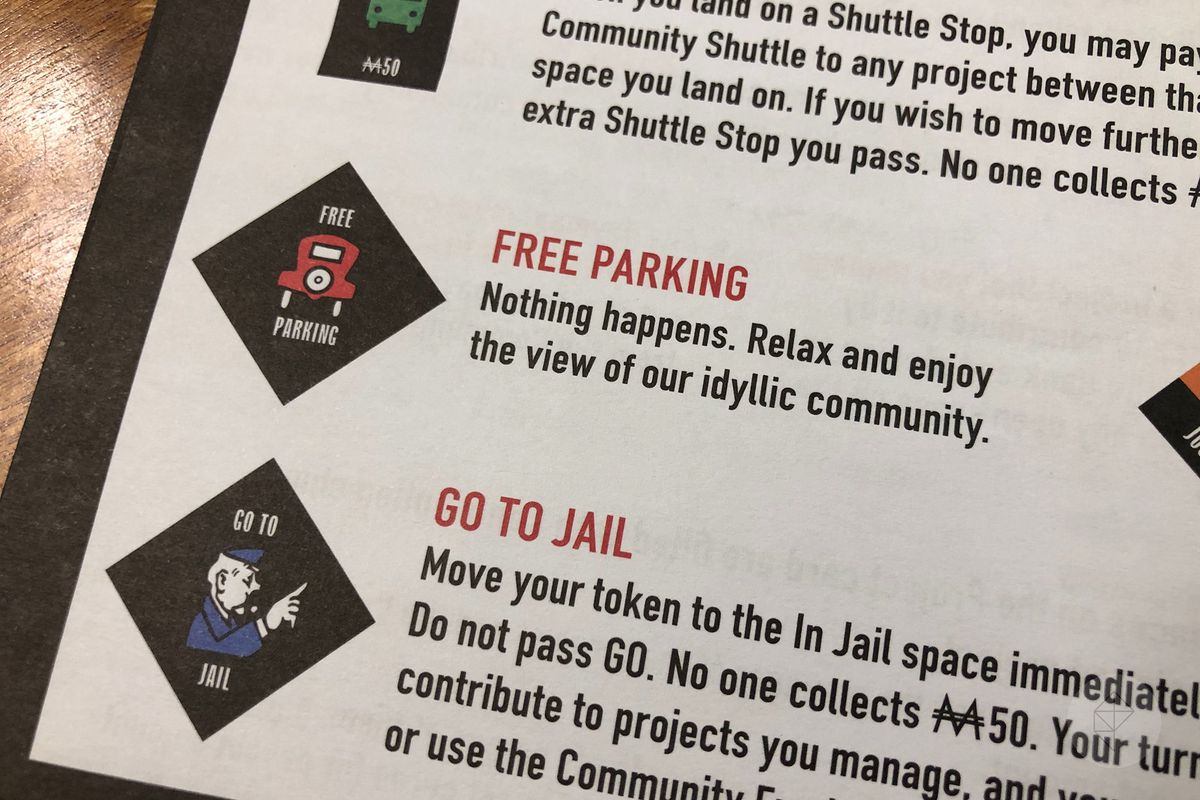 It’s technically possible for one player to win by developing 10 projects around the board, but it is highly unlikely to actually happen given the capricious nature of random dice rolls. The several simulated games I played through all ended in bankruptcy, which I’m confident is an intended feature. If someone actually does get close to winning, those same instructions also encourage players to act in their own self-interest to thwart them. Bribery is encouraged.

Monopoly Socialism is essentially a single-use board game. The majority of the digs at socialism live in the deck of 44 Chance cards. During a single playthrough you’ll burn through all of them at least once, leaving nothing fresh for your second game. That’s probably for the best, since the Chance cards themselves are incredibly callous. In fact, some don’t have anything to do with poking fun at socialism at all. Instead, the game seems to run on conservative agita over topics like organic foods, waste reduction, and concerns over plastic pollution in the environment.

The most common outcome on a Chance card is uncovering negligence, corruption, or absenteeism among the labor force. As the manual points out, instead of a $200 income as in traditional Monopoly, everyone at the table is given a $50 “living wage” each time they pass Go. Reading between the lines, the game’s designers are saying that with no incentive to work nothing gets done. The community itself crumbles from within on nearly every Chance card. Other concepts singled out for ridicule include a minimum wage increase (“Sucks to be a small business owner!”) and the impending collapse of the Social Security system (“Benefits have increased. That’s great news … for OLD PEOPLE.”). Another shows antipathy toward supporting public schools (“Don’t have kids? Tough luck.”).

The game has caused no shortage of chaos on social media, which has likely helped spur on awareness of Hasbro’s latest effort. On Aug. 21, historian Nick Kapur arrived on the scene, whereupon his well-considered take eventually went viral. He rightly points out the history of the Monopoly franchise as an anti-capitalist teaching game designed by a woman around the turn of the last century, and the irony that it’s now a leading product line for Hasbro, one of America’s top companies with more than $4.5 billion in revenue last year.

A day later, Republican senator Ted Cruz responded to Kapur’s detailed thread. “Why do Leftie academics so fear pointing out the manifest failures of socialism?” he chided. Cruz then goes on to list several failed socialist and communist experiments that could also serve as additional Monopoly variants.

Returning to Target’s website this week, it appears that the game is no longer available for sale online. Some stores still report they have it in stock. Polygon reached out to Target and Hasbro Gaming last week but has received no response.