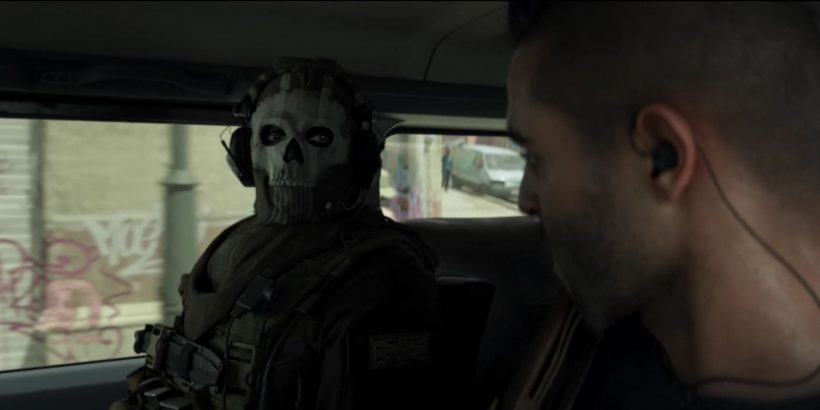 The Call of Duty franchise, despite being FPS-based and featuring character development as scarce as a 17-year-old's facial hair, manages to have some iconic characters. There's Alex Mason, known for forgetting numbers and having a Russian dude in his head; Captain Price, for the indestructible hat and glorious mutton chops; Soap for having the weirdest call sign and OP knife-throwing skills; and Shepherd for teaching us to never trust anybody ever.

Perhaps no other character is as iconic as Ghost though, thanks to his ice-cold nature and cool skull mask. However, while the rest of Task Force 141 mostly remained the same in the recent Modern Warfare 2, the man in the mask got a design rework. In a bid to make Ghost look cooler, the designers replaced the skull-printed balaclava with an actual freaking skull faceplate sewn onto a tactical cape.

As cool as this sounds on paper, the final result did make Ghost look a bit derpy at times – primarily due to the lack of a chin and neck. "Why did they design him like this? I understand the symbolism behind the skull, but he looks like a fucking thumb," said a post on the Modern Warfare 2 Subreddit, to which the comments seemed to agree with.

"I mostly hate the capes they throw on every skin. They look dumb everytime," said one comment, clearly annoyed with the latest military fashion trend. "Aren’t some of them ponchos though?" asked another, who clearly just finished a playthrough of Star Wars Jedi: Fallen Order.

Everyone seemed to agree that he does look much better with full gear on, especially the helmet – "I think it’s because the helmet gives him a chin strap which defines the outlines of his face so he doesn’t look so goofy and chinless like he does in the picture above."

"From some angles he looks like he would say FOAP instead of SOAP," said another comment which we cannot unsee now. "I wish he had a tighter balaclava so the lower part of his head is visible. The skull having no jaw + his own jaw being covered by clothing makes him look oddly shaped sometimes. MW19 ghost looked better imo because of this."