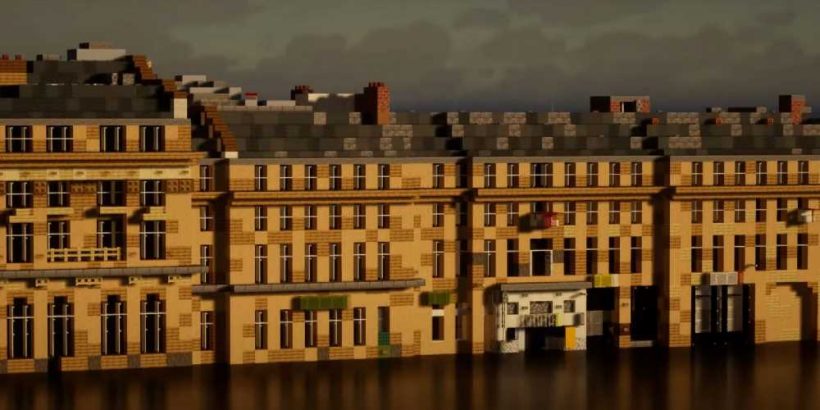 BTEUK is a fairly new and ambitious project seeking to recreate the entirety of the UK in Minecraft on a 1:1 scale. That means the project is a completely accurate, life-sized version of the UK, albeit in Minecraft and made out of blocks.

If you want to visit your hometown, chances are that the team has started it. As pictured above, you can see some of Newcastle being brought to life, while the latest update video also shows off Berkswell, Stevenage, Llandudno, Gravesend, and more. They're even making Sunderland – no stone is being left unturned.

BTE stands for Build the Earth, and it's not just the UK that's being worked on. There's also France and Germany in development with the intention of, as you can probably guess, building the Earth. All at a 1:1 ratio. That's one big Minecraft map. It's especially impressive considering just how monumental a task it was to do the same for New York City alone.

The project started development in 2020 and has been sharing updates regularly on its TikTok and YouTube. You can see videos of the team building certain areas as well as compilations such as the one above that show bite-sized progress with glimpses at iconic landmarks from each location.

The team even has a progress map that shows how far along things are coming. Green means it's complete and yellow to red can vary from 99 to one percent complete. So far, they've finished the Tower of London, Halifax, Wembley Stadium, Blackfriars, and HMS Belfast just to name a few spots. There's plenty in development, though.

But it isn't a closed-off project. You can volunteer and join the "plot server system" through BTE's Discord. But it's based on a submission system. Not every dick and dom can plant their builds – you might get denied. That's quality control, ensuring that everything built is not only accurate and 1:1 but looks good and fits the aesthetic. If you want to take a crack at making your own house though, you're probably the best person for the job.