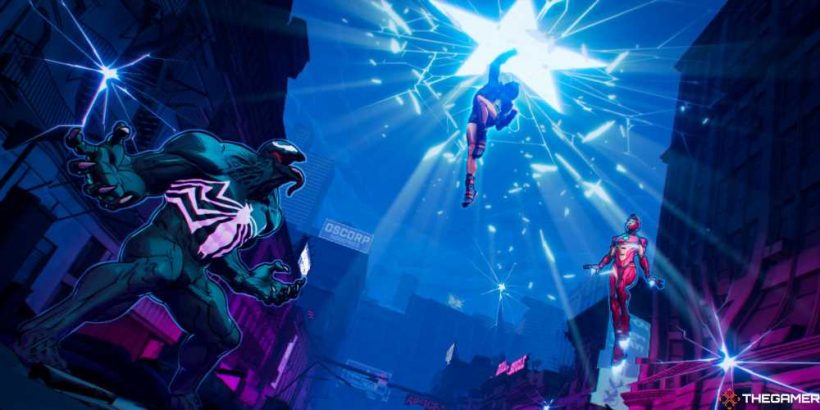 I’ve said it before and I’ll say it again: Marvel Snap ditching card packs is the best thing to ever happen to digital CCGs. The team of veteran card game developers at Second Dinner said no to the endless money sink of quarterly expansions that make you feel like you’re always behind the curve, and instead invented an entirely new, free way to earn cards and progress your collection.

What’s even more impressive is that the studio’s first attempt to reinvent the CCG wheel is a huge success. Marvel Snap’s various systems are intertwined and feed into each other to create a sense of constant progression and reward, while also giving you choices to make about the way your collection evolves. It manages to create the same excitement you get from busting packs without asking you to pay for the privilege, instead choosing to reward skill and time investment, as any good game should.

As much as I admire Marvel Snap for breaking the mold, it isn’t perfect, and the deeper you get into the collection the more apparent its flaws are. Second Dinner has some work to do around card acquisition – as director Ben Brode noted in our recent interview – and I’m confident the Collection Level system will continue to improve over time. The thing I’m struggling with the most, however, is something I haven’t heard the developers address at all. You won’t experience this problem when you first start playing, but sooner or later your collection is going to turn into a real mess, and there isn’t anything you can do about it.

A quick rundown of how Collection Levels work. Everytime you play a match you earn Boosters for a random card in the deck you’re playing. When you complete daily and weekly challenges, you earn Credits. You can spend Boosters and Credits to upgrade the rarity of your cards. Each new level adds a visual effect to the card (3D, holographic, ect) and increases your Collection Level. The bigger the upgrade, the more collection levels you earn, and the more Boosters and Credits you’ll need to spend. Every certain number of Collection Levels earned (the number increases the higher you climb) you’ll earn a new card for your collection.

It’s a bit convoluted and certainly unintuitive, given no other game has used this system before, but the loop is fairly straightforward. Play matches and complete challenges to earn currency, spend currency to upgrade your cards and earn Collection Levels, increase your Collection Level to unlock new cards. Where it gets complicated – and what the game doesn’t really tell you – is that there are different Collection Level pools where the cards you earn and the way you earn them changes slightly. If you want to earn cards efficiently, you can min-max the way you upgrade cards. Be warned though: it’s going to make your collection a bit hard to navigate.

Starting at CL486, you’ll no longer receive new cards consistently every set number of levels. Instead, you’ll earn a Collector’s Cache every eight levels, which has a chance to reward either a new card or currency. At CL1,006 the Collector’s Cache becomes the Collector’s Reserve and begins rewarding a random card, variant, or currency, further diluting the number of new cards you get. Pool 3 contains about 70 cards, but you’ll need to progress from CL486 to about CL3,000 to complete it. Suffice to say, earning new cards slows down pretty dramatically the further you get.

Here’s where min-maxing comes into play. You earn more Collection Levels for bigger upgrades (two levels for Rare, four for Epic, eight for Ultra, etc.) but the cost of upgrading is not entirely proportional. The very first upgrade, from Basic to Uncommon, costs 25 credits and rewards one collection level. After that, every upgrade costs exactly 100 credits per level earned. Upgrading basic cards is four times more efficient than upgrading any other card.

This is a lengthy explanation, but stay with me here. When a card reaches Infinity, the highest rarity, you get a new Basic version of that card with a special holographic pattern. You can do this an infinite number of times with the same card and the new Basic card you make will have one additional visual effect every time. Because Common cards are cheaper to upgrade, the most cost-effective way to earn Collection Levels is to pick one card and duplicate it over and over again forever. I know it's ridiculous, but it’s just math.

I heard about this method when I started playing but I decided to ignore it for the same reason that you’re probably going to ignore it too. I upgraded cards I liked, spent whatever I could afford, and tried to spread out my Credits so I have a nice variety of upgraded cards in my collection. Once I reached CL1,006, I started to realize how hard it was going to be to progress this way. You can go multiple days without receiving new cards at this level, and when your competition has the best decks possible, it can feel like you’re at a real disadvantage.

So I started cycling the same cards over and over to speed up my collection. Ideally I would have just done one card, but you’re still limited by which Boosters you have available, and also, I got bored upgrading just one card. Now my collection is full of three, four, sometimes five copies of the same card, which isn’t ideal. It’s growing, but not with actual new cards. I feel like I’m just scrolling past pages and pages of copies of the same cards, and it’s getting hard to find the things I’m looking for.

It doesn’t help that the search function can’t pick out the things I want . It can filter out a specific card or a keyword, but if you’re just looking for cards you can afford to upgrade, there’s no way to search for that. If you have enough boosters to upgrade a card it will have a glowing effect, but that doesn’t mean you have enough credits to upgrade it. As my collection has filled with duplicates, it’s gotten harder and harder to find anything. Sometimes when my credit supply is low and I know there’s only one or two Common cards somewhere in my collection waiting for an upgrade, I’ll scroll back and forth trying to find one for a few minutes until I eventually give up.

If I had to start over I would min-max my Collection Level even harder. Picking just one card would have made my collection easier to peruse, even if it would have also made it more boring to look at. This is a fundamental flaw with Snap’s progression system, and frankly I’m not sure if it can even be addressed. If this is the trade-off for giving up packs, I’m still in favor of it overall. One thing’s for sure though, I’d never let my card binders get this out of control.