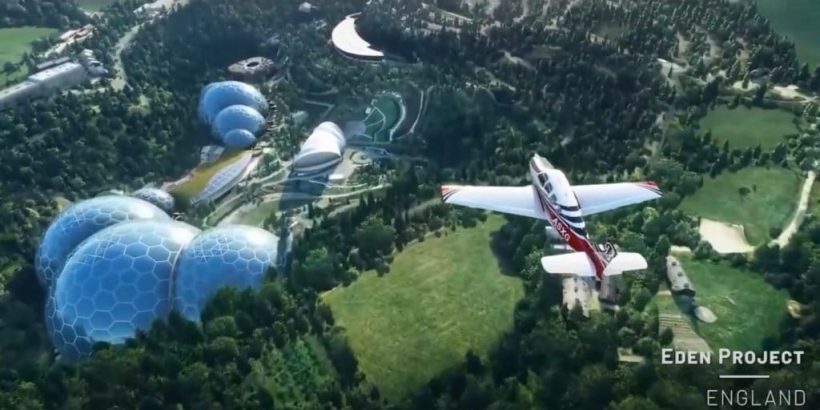 Asobo’s celebrated sim this week got an update with a ton of optimizations on PC, made possible thanks to the just-released Xbox port of the game. When it was first announced the team confirmed that the patch would also enable benefits for PC VR users. When we first tried Flight Sim in VR in late 2020, the game was very messy for us running on an RTX 2060 Super and a Ryzen 9 3900x 12-core processor with default specs, and very jittery still with all graphics settings brought way down. You can watch that performance here.

Running the same specs after this week’s update resulted in a smoother experience, but still not perfect by any means. Jitter was no longer consistent and, flying over the New York skyline, there were was a lot of time spent enjoying the (admittedly blurry) scene hassle-free. But moving my head or turning the plane would still result in fairly regular hiccups – momentary screen freezes and judder as well as some strange image warping around the windows.

I’m not to most tech-savvy of PC users but I have the right kit for the game’s minimum specs, especially at the lowest levels they’re turned to. To me, it still felt like this was a few steps behind where this support needs to be to make Flight Simulator and easy recommendation for PC VR users with moderate gaming rigs.

But going beyond even that, I’m still waiting for Flight Sim to become a more seamless VR experience. It’s still a lot of hassle moving between your mouse and either a flight stick or controller with the headset on and the lack of native VR controller support makes navigating menus a real pain, not to mention it’s missing a deeper level of immersion without them. The game, as a whole, is still practically pristine and an incredible technical accomplishment, but I’m hoping Asobo is in it for the long haul when it comes to improving VR support.