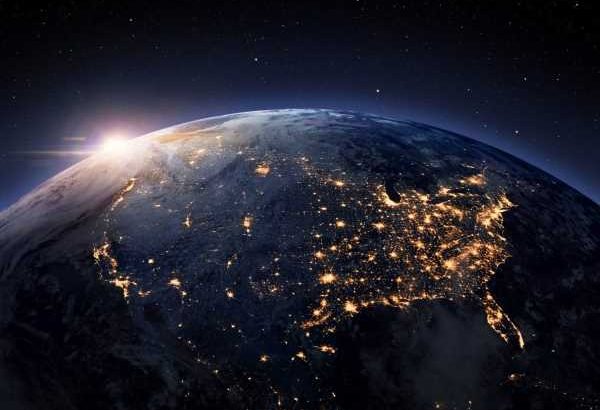 In partnership with Accenture, GitHub, and ThoughtWorks, Microsoft today announced the launch of the Green Software Foundation, a nonprofit established with the Linux Foundation to build an ecosystem of people, standards, tooling, and practices to reduce carbon emissions caused by software development. Microsoft says that the foundation was born out of a mutual desire to collaborate across the software industry on sustainability and “green” engineering principles.

Carbon dioxide, methane, and nitrous oxide levels are at the highest they’ve been in the past 800,000 years. Together with other drivers, greenhouse gases likely catalyzed the global warming that’s been observed since the mid-20th century. It’s widely believed that machine learning models, too, have contributed to the adverse environmental trend. That’s because they require a substantial amount of computational resources and energy — models are routinely trained for thousands of hours on specialized hardware accelerators in datacenters estimated to use 200 terawatt-hours per year. The average U.S. home consumes about 10,000 kilowatt-hours per year, a fraction of that total.

The Green Software Foundation is dedicated to growing the field of green software engineering and contributing to standards for the entire industry, Microsoft says. It aims to help advance the information and communications technology segments targets for reducing greenhouse gas emissions by 45% by 2030, in line with the Paris Climate Agreement.

Specifically, the Foundation is pledging to create and publish green software standards, patterns, and practices across various technology domains. It’ll encourage voluntary adoption and help guide government policy toward those standards to ensure a consistent approach for measuring and reporting green software emissions.

Beyond this, Microsoft says that the Green Software Foundation will work alongside nonprofit partners and academia to support research into green software and drive awareness through ambassador programs and training, as well as education, certification, and events. Goldman Sachs and organizations including Leaders for Climate Action, Watt Time, and The Green Web Foundation have joined to assist in these efforts.

Investments in “green” practices aren’t just beneficial for the environment — they make business sense. According to a 2017 study on corporate social responsibility, 87% of consumers have a more positive image of companies that support social or environmental issues. Moreover, 87% say they’d buy a product with a social and environmental benefit, and 88% would more loyal to a company that supports those efforts.

The launch of the Foundation follows Microsoft’s 2020 pledge to become carbon negative by the year 2030, whereby the company will eliminate more carbon from the atmosphere than it generates. By 2025, Microsoft intends to remove all carbon it has emitted either directly or by electrical consumption since its founding in 1975, an effort it will pay for with an expanded internal carbon fee, both for direct emissions and supply and value chain partners.

Separately, Microsoft recently launched a $1 billion Climate Innovation Fund to accelerate the global development of carbon reduction, capture, and removal technologies. Over the next four years, it will invest in people and strategies that could drive meaningful decarbonization or climate resilience; that could create market impact with existing or potential solutions; that consider climate equity, including for developing economies; and that Microsoft itself could use to address its unpaid climate debt and future emissions.

Microsoft offers sustainability-focused tools like the Microsoft Sustainability Calculator, a Power BI app that shows carbon emissions data associated with business’ Azure services. And the company says that through AI for Earth, its environment-oriented grant program, it’s provided over $50 million in cloud-based tools to more than 500 groups working to protect the planet in areas including agriculture, biodiversity, conservation, climate change, and water.