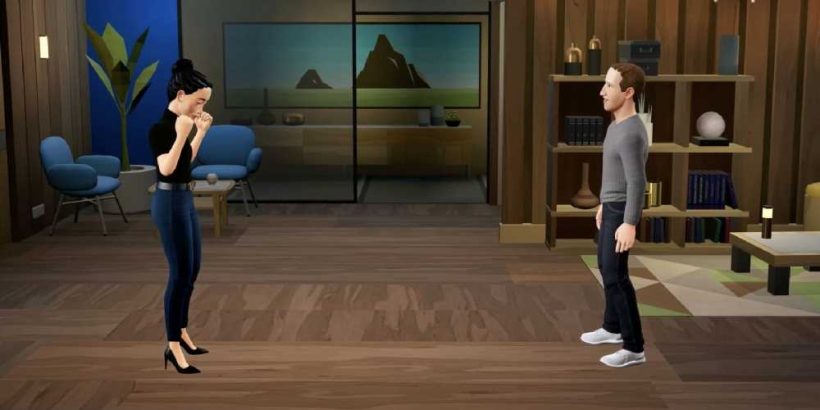 Meta's avatars used to be disembodied torsos awkwardly floating in the air with the legs hidden off-screen. Remember when Zuckerberg took a digital selfie by the tiny Eiffel Tower? No legs. Meta has finally announced legs, complete with a teaser, but it isn't 'real'. It was made using motion capture, so the Meta metaverse doesn't have full bodies just yet.

Zuckerberg posted a video that showed him jumping around, seemingly showing off the new tech and how the metaverse had managed to pull off legs. But, as UploadVR editor Ian Hamilton pointed out (thanks, Kotaku), "For those who have been wondering bout the legs shown in the Connect keynote. Meta: 'To enable this preview of what's to come, the segment featured animations created from motion capture.'"

Most games have legs, bar the odd FPS which, when you look down, shows that you're just a hovering camera with a gun and some hands. But Meta is building a metaverse in VR and wants it to track everything in real-time, so you can see your legs move when you jump or try to kick another player in the digital supermarket for taking up too much time in the cheese aisle. Billions of dollars later, Meta is still trying to unravel the legs tech.

Meta isn't the only one dabbling in the metaverse, though. Konami is hiring for its own venture, hoping to build a blockchain cryptocurrency metaverse, though these continue to prove unpopular. Nearly every Meta announcement has sparked backlash and an endless stream of memes – one of which turned ol' Zuck into a terrifying spider – while the $1.2 billion Decentraland reportedly only has 38 "active users".

Regardless, Meta, Konami, Decentraland, and others are continuing to chase the trend, but the real question is – do metaverses have legs? Apparently not.