Over the last several months, Rockstar Games has slowly and steadily improved Red Dead Online with performance patches, adversarial content, and content tweaks based on fan feedback. With the latest massive content update, the developers are ready to drop the “beta” tag and plot the course for an ambitious future. Before we dig into Rockstar’s long-term plans, let’s look at the new content available in the game right now. 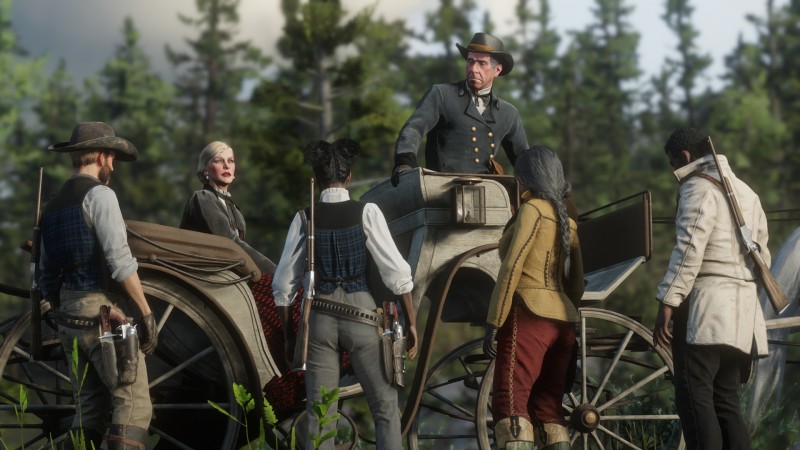 A WEALTH OF NEW ACTIVITIES

Today’s title update leads with five new cooperative missions that continue the “A Land of Opportunities” storyline, where Jessica LeClerk pursues her quest for revenge. The update includes new missions for both honorable gunslingers and nefarious outlaws, each with unique circumstances and outcomes.

Perhaps the most-requested new feature, gamblers can now face off competitively in games of hold ’em. Risk-takers can put it all on the line in five locations: Blackwater, Saint Denis, Valentine, Tumbleweed, and Flatneck Station. You can play these matches privately with friends or square off against others in high-stakes public games with higher buy-ins. If you know how to hold ’em and fold ’em, these public games are where you can reap the biggest rewards.

Other new activities coming to Red Dead Online in this update include gentlemanly posse versus challenges that let you see who can catch the biggest fish, shoot the most birds, or gather the most herbs. Fans of adversarial modes can try out the new Overrun Showdown mode, which challenges contestants to capture the most territory they can while simultaneously defending their own turf. 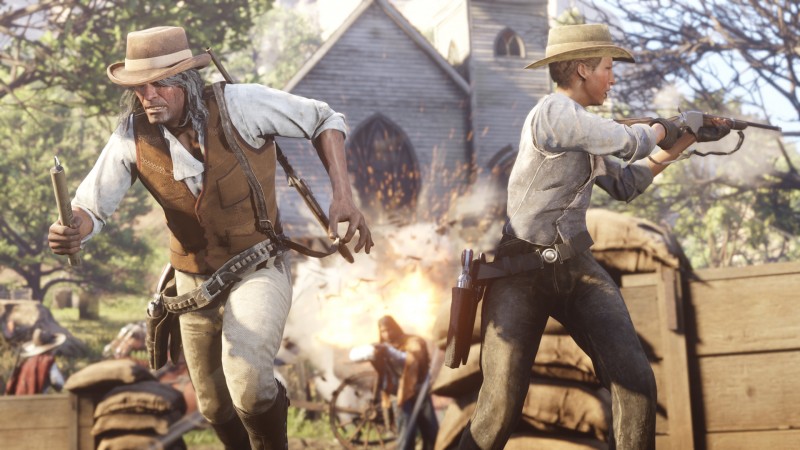 With recent content drops primarily focused on adversarial modes, it’s no surprise the bloodshed spills over into most free roam player encounters in Red Dead Online right now. Not everyone wants to continually engage in versus play, however, which is why Rockstar is taking another go at bringing hostilities into better balance.

Every time you log into Red Dead Online, you can dictate how you plan to commiserate with other players. The Offensive play style is basically how you are already playing the game during free roam, with the freedom to throw down and engage in a firefight whenever the want or need emerges. Those uninterested in consorting with unsavory gunslingers can instead choose the Defensive play style. When this mode is activated, a shield icon informs other players of your disinterest in their bloodsport. If they nevertheless persist, you take reduced damage from enemies and cannot be lassoed, punched, executed, or targeted with auto aim. Going after players in defensive mode earns antagonists bigger penalties in the revamped hostility system. Should they take you out, you can “press charges” on them, which dramatically increases the bounty on their head.

All of these efforts are being made to change the dynamic between other players without resorting to a passive system that essentially splits the player population, a measure Rockstar would prefer to avoid. “It would be easier for us to do that then what we’re trying to do here, which is allow people to still feel like they are existing in the world that has an element of Wild Westiness to it and not completely make it two experiences,” says Rockstar North co-head Rob Nelson. “If we can’t get the balancing right then we can always do that, but what we’re trying to do is allow people to, however they want to play the game, interact with the world and still feel like they’re all part of the same world together. Where we think it works best and when it’s the most fun is if you are actually able to roleplay in this world to a certain degree.”

Time will tell if this most recent attempt to cut down griefing shows results. 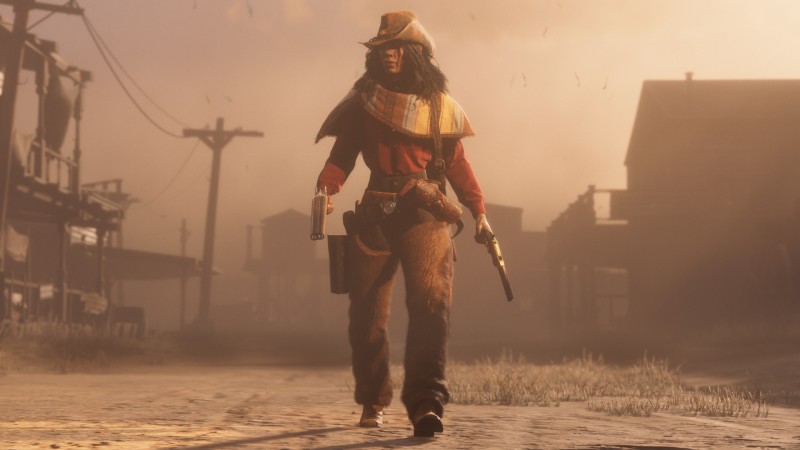 A BOUNTY OF BALANCING CHANGES

This update has several other general improvements, many of which are direct responses to community sentiment. Rockstar increased the speed of weapon-swapping and projectiles like molotovs and dynamite are now instantly lit when you toss them. Auto-aim headshot tracking has been removed to introduce more skill into engagements, a half-measure to the fans requesting free-aim servers.

To better reward non-adversarial players specifically, Rockstar removed all PvP focused daily challenges from free roam and introduced challenge streaks with progressively increasing rewards. To better reward everyone, Rockstar has increased gold payouts across all activities, with “most gold-earning activities now awarding up to double the previous amount.” Moving forward, every player will earn one gold bar every time they rank up as well.

This is just a taste of the myriad changes being made to Red Dead Online. To read about every tweak, visit the official Rockstar Newswire. To hear about Rockstar’s plans for the future of Red Dead Online, read our upcoming conversation with Rockstar North co-head Rob Nelson.