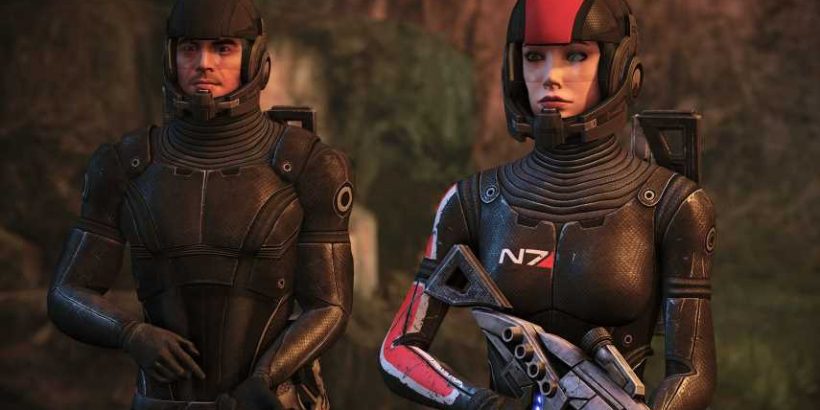 Online Mass Effect communities are abuzz with excitement today, as fans get their hands on the long awaited remaster. With everyone taking a trip down memory lane, albeit in better graphics, complaints about Mass Effect Legendary Edition are few and far between – but they’re still there.

You don’t have to wait long to see the bugs either. As spotted by many, Kaidan has developed a penchant for losing his weapon in the first mission of the game. Poor guy must be embarrassed, because he’s pretending to hold an invisible rifle anyway in a desperate attempt to fit in.

Later on, once the team has made it to the Citadel, Sha’ira the Consort is acting pretty strange. A bug with her animation has her moving her eyes all over the place, as there seems to be an issue with her ability to track the player.

Elsewhere, a player spotted a biotic cultist who seems to be permanently stuck in a falling animation, as the character model isn’t quite sure what to do when standing on a ramp.

To top it all off, a familiar sprinting glitch has made a return. In very un-Spectre behaviour, one player uploads a clip of their Shepard running with his arms frantically waving in the air, and also displaying the uncanny ability to fire a weapon without actually holding it.

Luckily, one player reports that a bug that is actually useful is still in the game: infinite paragon/renegade points. To trigger this, you have to go to Noveria and talk to Lorik Qui’in, a Turian. Repeating the conversation allows you to infinitely collect paragon and renegade points, depending on the speech option you select.

But not all the issues have been harmless. Those playing on Xbox may not have been able to play far enough to experience any of these issues – because the game keeps crashing. On both Xbox One and Xbox Series X/S, players keep getting sent back to the dashboard while they try and play. EA has acknowledged the issue and says a patch is on the way. In the meantime, it’s recommended that you don’t start up the game while a wireless headset is paired with console. Such peripherals should apparently be fine to use once you’ve reached the title screen of any of the Mass Effect games.

Mass Effect Legendary Edition released May 14, and is available for PS4, Xbox One and PC.