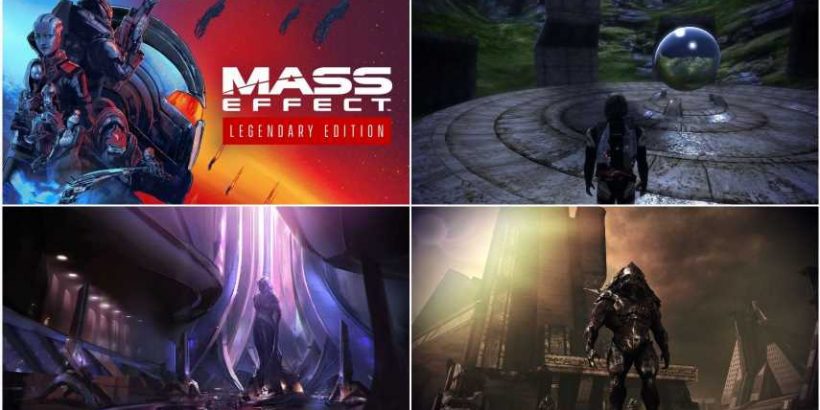 The RPG shooter developed by Bioware originally released back in November 2007. The high-budget trilogy, as fans know, contains profound lore and well-written stories. Since its world is filled with many species and locations, some stand out as more aesthetically interesting than others.

The game has always had a strong visual identity, but the designs became bolder during the sequels. This caused the original game to look a bit more dated when compared to the other two. Mass Effect Legendary Edition takes the graphical foundation of the games and builds them up to standards more like the present. 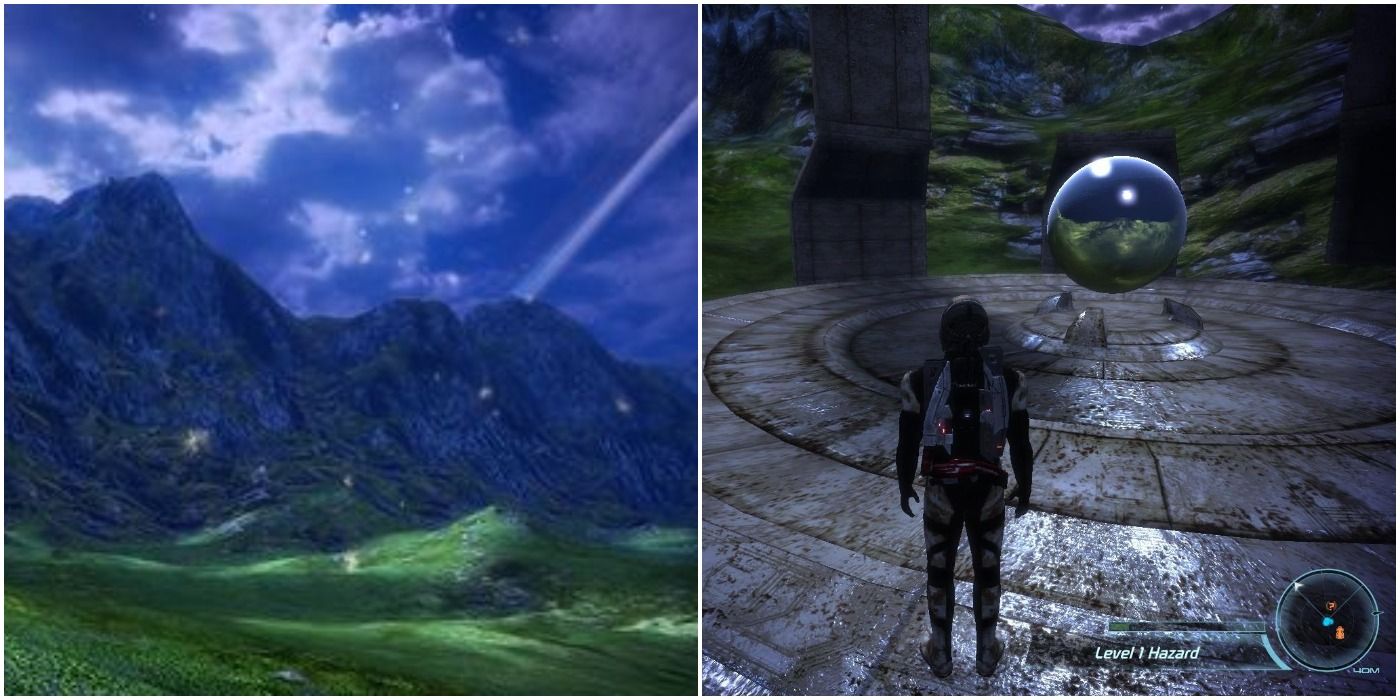 Eletania is a green world where Shepard can find space monkeys (pyjaks) and prothean ruins. It has an immense moon and a ringed system that can be seen from the ground. Although it seems perfect for colonization, it isn’t the case. Although a carpet of algae and mosses cover it, the planet is populated by a web of microscopic symbiotic creatures.

Since removing that web would cause the death of native life, trying to do so would effectively kill the planet. To make it worse, inhaling them can cause severe allergic reactions to those visiting Eletania. 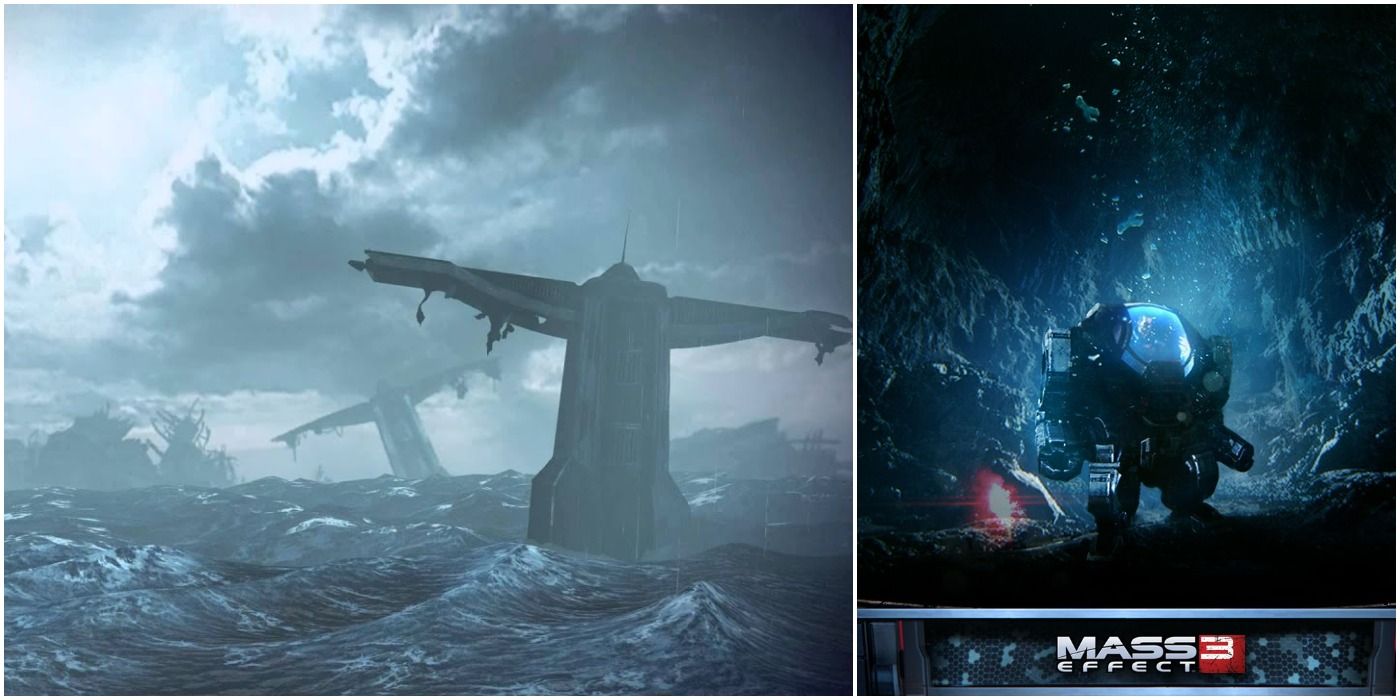 2181 Despoina is a planet that was out of the galactic council’s reach. It was detected by human space probes and had no record of ever being explored before that. The deep seas of this planet were hiding a Leviathan, a creature more powerful than Reapers.

The atmosphere of 2181 Despoina is made of nitrogen-oxygen. The planet is entirely covered by water. There is not much beauty near the seas, but there are plenty of incredible sights when flying over it or exploring under the waves. 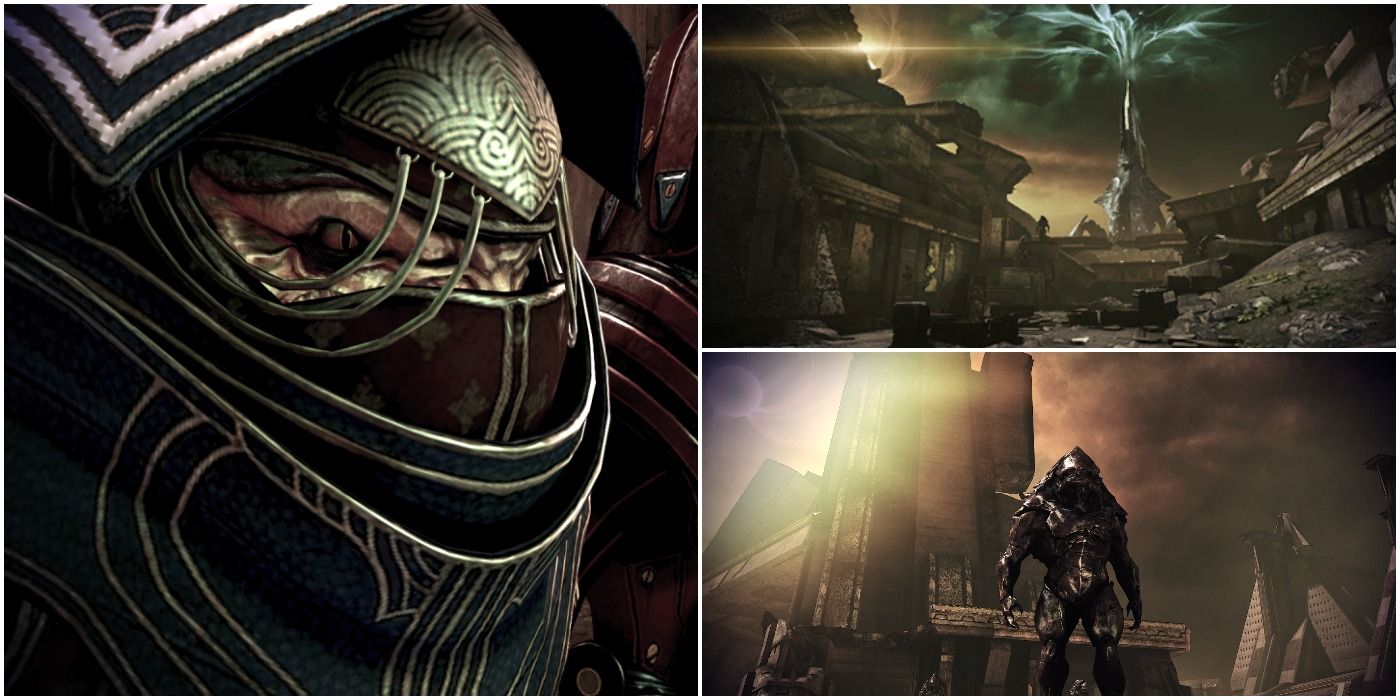 This krogan homeworld has a lot to be appreciated, but not in the usual way. It is a reminder of older days of glory. In Tuchanka, the skies are orange and many of its buildings are crumbling. It looks like a museum for what the krogan once were before the genophage.

The surface is harsh with constant sandstorms and searing winds. The planet has always had a harsh environment, but its current state is not a natural one. After many wars and a nuclear winter, Tuchanka became even more dangerous to any form of life. Even the krogan — one of the most dangerous species in the galaxy — had to develop redundant organ systems to cope. 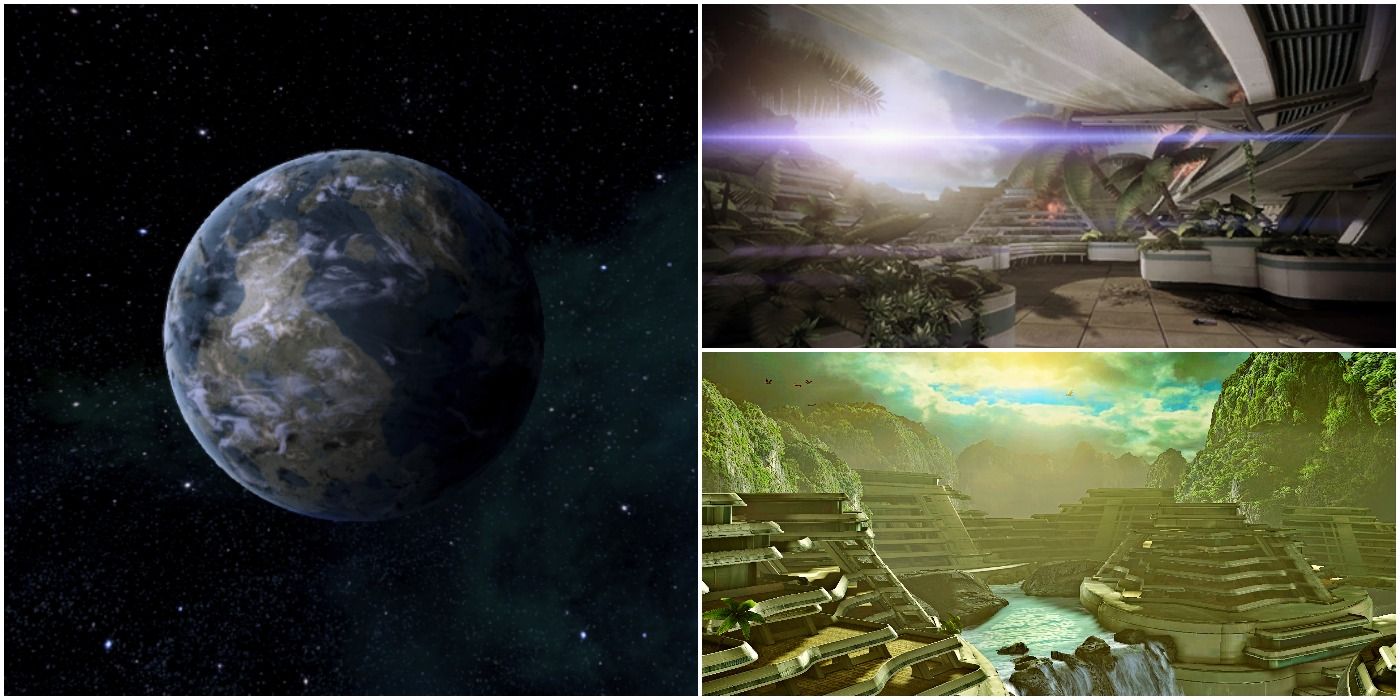 Sur’Kesh is the Salarian homeworld and it is very much a jungle planet. It is comfortable, green, and full of life, but dangerous to the careless. Bearing a short life span, the salarian species is constantly longing for intellectual stimulation. That is what drove them to explore and evolve quickly. It also urged them to find a solution to all the pollution they caused during their technological development. Oops!

But the salarians were successful, and Sur’Kesh thrived as a green world. It is one of the most biodiverse planets in the galaxy. Despite its massive population, the natives found a way to continue evolving without damaging the planet. 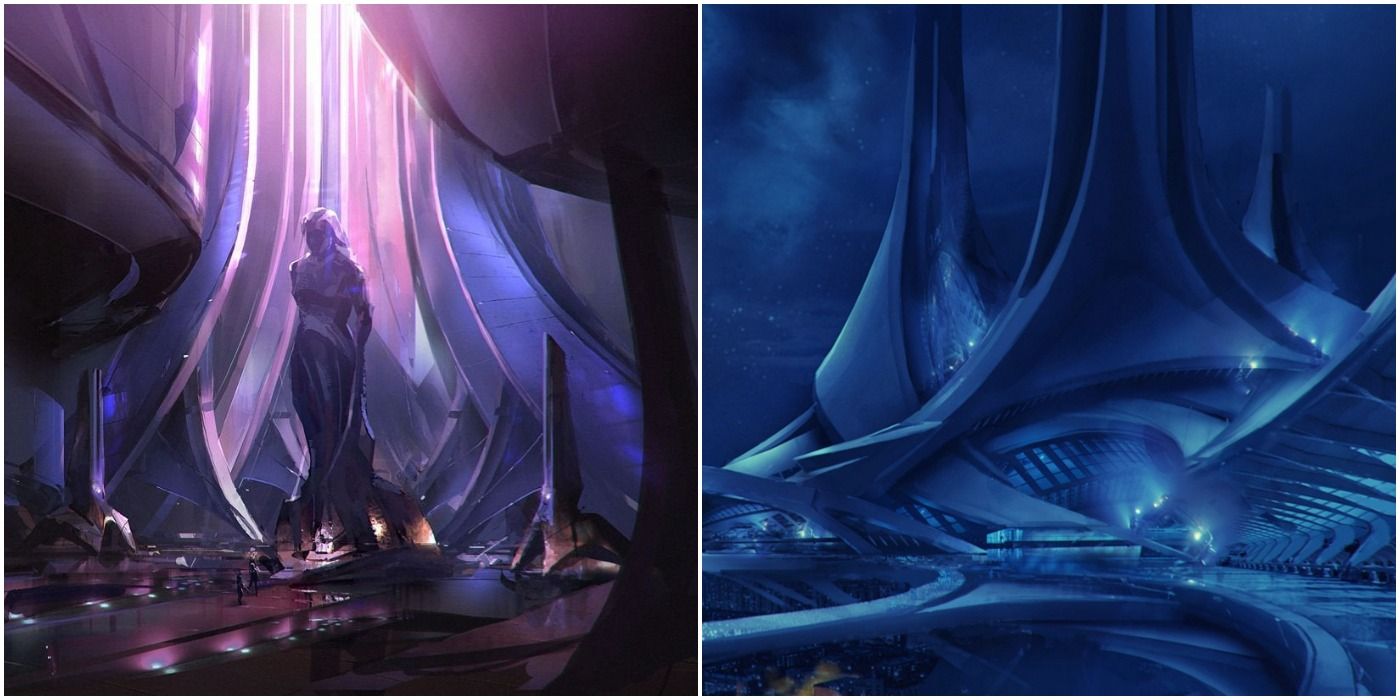 The Asari are intragalactically known for their beauty and love of beautiful things. So it’s no surprise that their homeworld is littered with art, architecture, and flora that don’t suck to look at. But their religion plays a distinct part in crafting that beauty, too.

Not too much is known about major cities on Thessia, but the Asari homeworld is also referred to as the “crown jewel of the galaxy”. The region has low war frequency, vast eezo caches, and a robust economy. Though smuggling is an issue, the crime rate also seems to be low. The plentiful eezo in the environment also makes natural species to the planet resistant to the element and inherently biotic. 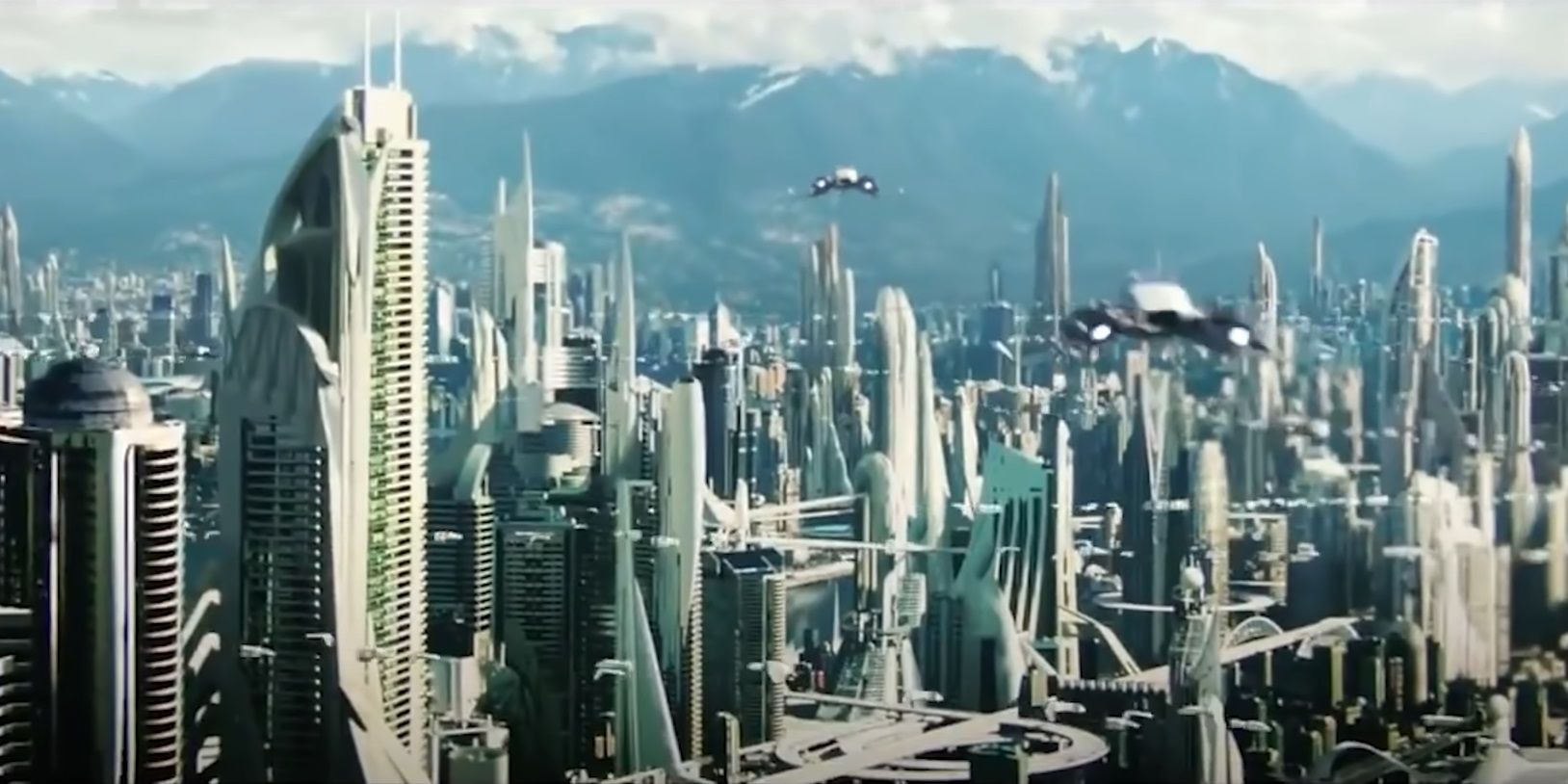 The homeworld of the human race, Earth had advanced so much due to the mass effect relays. Humans managed to make the planet less polluted with all the technological advancements. The greening of Earth is a consequence of telecommuting and arcology skyscrapers. They allowed humans to take a more efficient approach to the use of land.

Earth is now a planet that is slowly becoming more like Sur’Kesh. The humans who lived on earth enjoyed the planet’s golden age. Before the events of ME3, pollution and disease were on the decline, and the population was thriving. 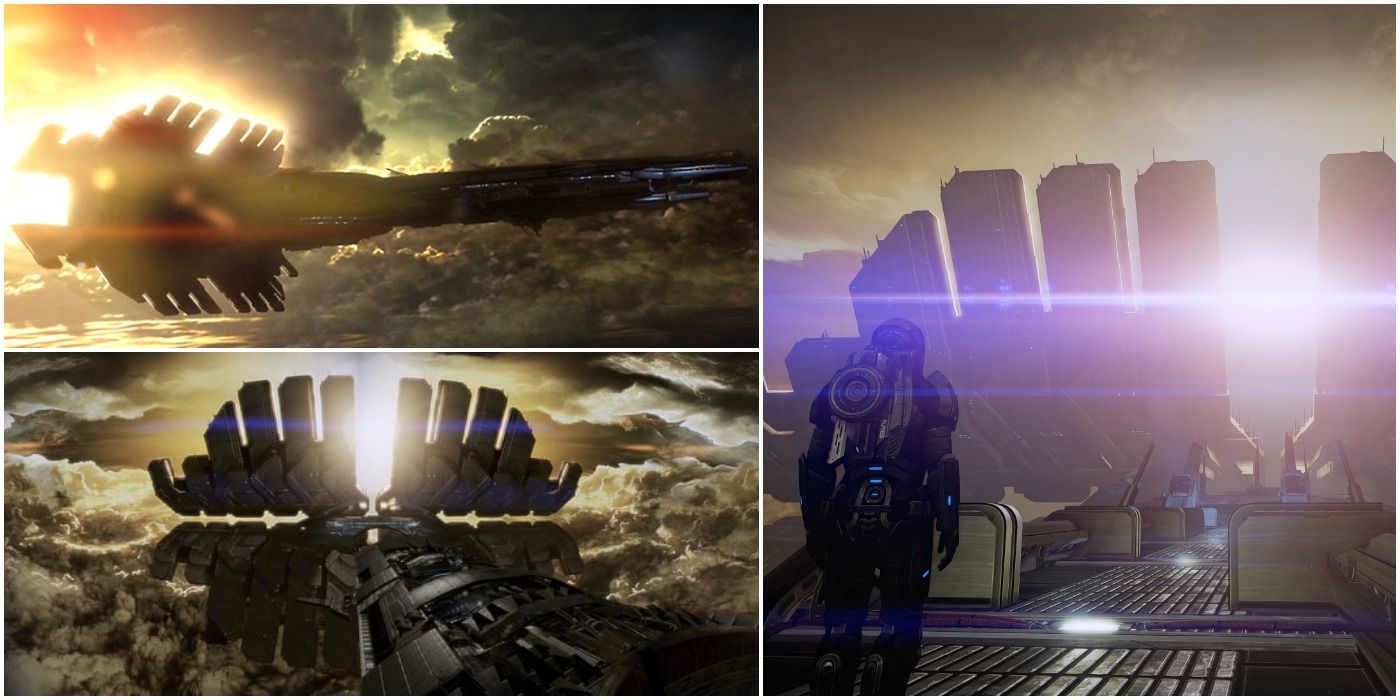 In the Lair of the Shadow Broker DLC, Shepard and their crew visit a planet called Hagalaz. According to Liara, this is a planet where the oceans boil during the day and snap freeze 10 seconds after sundown. Hagalaz is where the Shadow Broker’s Ship hides his ship.

By following the sunset, the ship remains undetectable. On top of being hard to find, it is always near one of the Milky Way’s most unwelcome surfaces. It makes sense that the Shadow Broker would hide in a place that is both beautiful and dangerous. 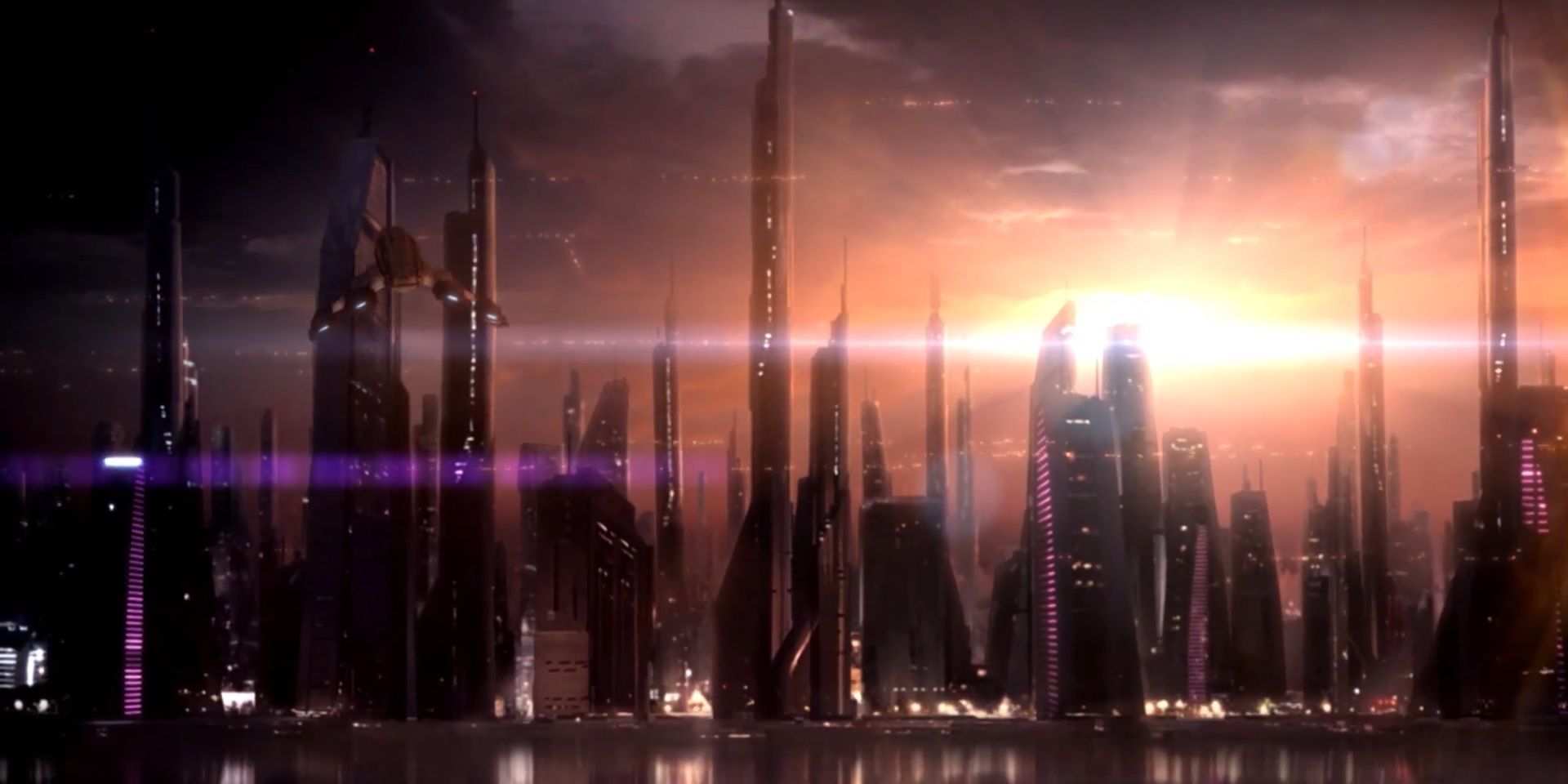 The asari developed Illium as a garden world intended to serve as an entrepôt or port between the Asari Republics and the Terminus Systems. However, the planet’s original purpose does not stop it from having huge cities with skyscrapers. After all, the asari were the first species to find the Citadel in this cycle. Their technology is very advanced.

Nos Astra, the capital of Illium, is a vast, rich metropolis known for having the most unrestrained legal market in the galaxy. Nonetheless, every balcony, rooftop, and window of Nos Astra have some of the best views in the game. 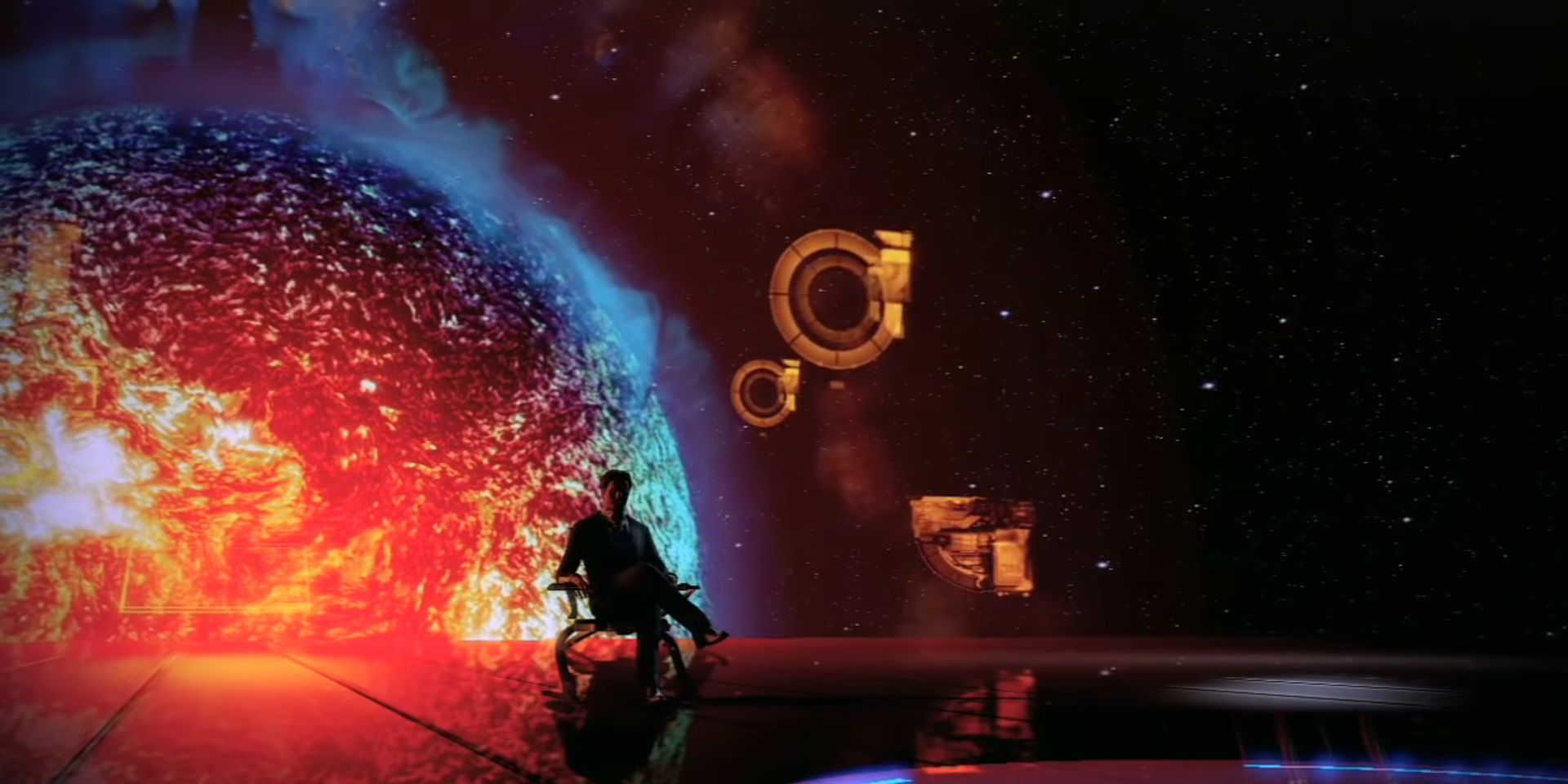 Cronos Station remains hidden while orbiting the supergiant Anadius, a star that is twenty times larger than our sun. Near the dying star and its flares, the space station was nearly undetectable.

From Cerberus headquarters, the Illusive man has a direct view of the dying start and its flares. There, it is possible to see that the luminosities of Anadius frequently shift between blue and red. All the stars surrounding the system are also visible from there. 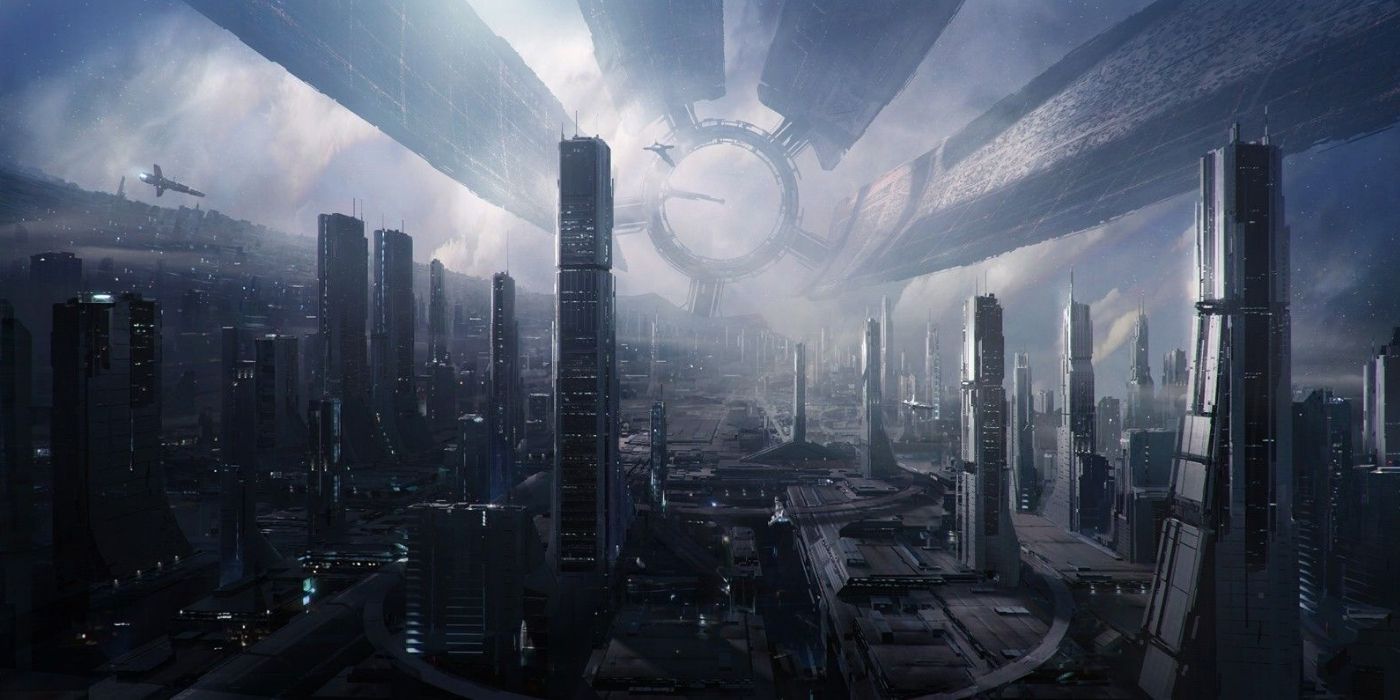 The colossal space station has five arms tied to a ring. Each section has its own artificial gravity, and each arm is an entire city. It is considered a technological marvel even in Mass Effect’s future. The Citadel is filled with aesthetically impressive sites and worldbuilding details.

Not only does it always looks clean and well conserved (probably due to the keepers), but it also does not feel isolated like other space stations. The Citadel is located in the Serpent Nebula, making it a remarkable sight from any angle or distance.