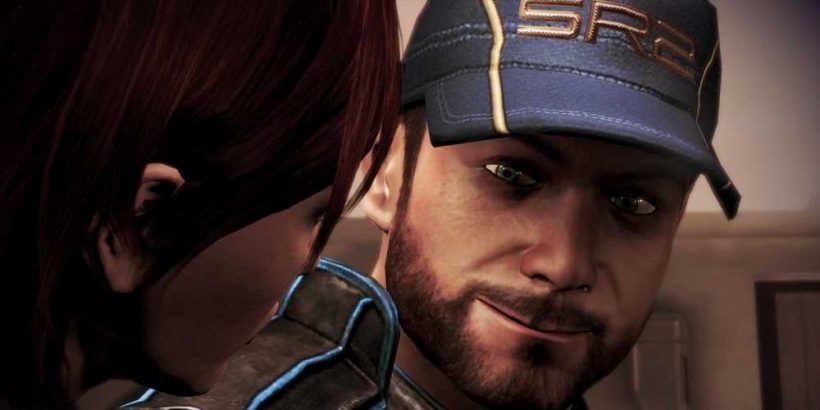 A Mass Effect 3 mod that lets you romance Joker is finally available, and it took the author two years of solid work to complete. The most impressive part is that it features all-new fully-voiced branching dialogue with the SSV Normandy pilot, as well as new interactions between both characters.

Flight Lieutenant Jeff "Joker" Moreau is one of the few Mass Effect characters that stick with you throughout the entire trilogy, so there is nothing surprising that Shepard might develop some feelings toward their cheerful buddy. Although BioWare has never given this option to players, this new mod from the Nexus website restores justice for Joker fans. As the author explained, Seth Green's character is loved by many people, and the fan community is what inspired him to create this small "love letter."

'The Hatboy Project' is an ME 3 mod by SpaceD0lphin, allowing you to have Jeff as your love interest in the trilogy's finale. The project creates an all-new romantic narrative for the players to explore by adding branches of romance-specific dialogue. It also features an extra romance scene that is in keeping with the other vanilla options and covers Joker-related story beats from the Citadel DLC.

Due to the mod being very demanding to create, it's only available for FemShep players and mustn't be installed if you prefer MaleShep, as your game will definitely crash. And if you're curious what happens to EDI, rest assured: Joker and EDI remain friends and interact accordingly. It seems the AI has decided to explore self-actualisation as a person on her own terms.

The creator said he started work on the project a little before September 2020, meaning it took two years for the project to arrive. To achieve such impressive results, he used a combination of spliced sentences and an AI voice synthesiser trained on the characters' voices to create immersive and believable conversations. On top of that, all animation offsets and lip-sync had to be manually adjusted.

As of now, the Joker romance mod is available for Mass Effect 3 only, but the Legendary Edition port is already in the works.