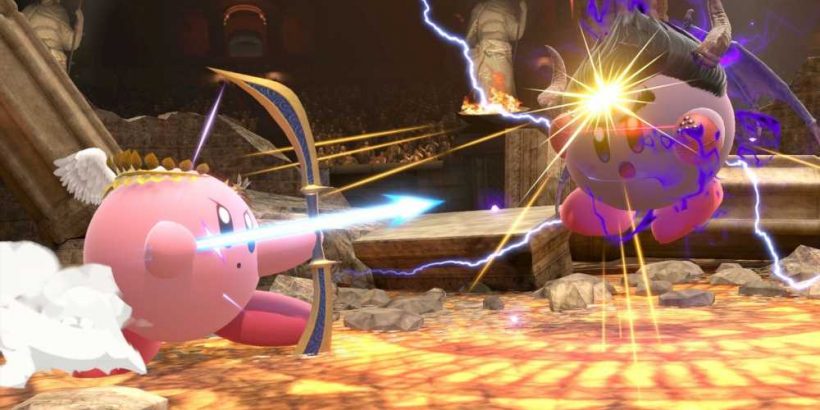 Super Smash Bros. Ultimate's roster additions might have come to an end last year, but it'll be a long time before the Switch game completely falls out of the spotlight. Another chapter in the popular game's story will come to an end later this month though, as it appears Smash director Masahiro Sakurai's screenshot selection is almost entirely depleted.

Sakurai broke the news that he is almost out of screenshots on Twitter earlier today, as first spotted by VG247. “Posting daily Smash Ultimate screens has been part of my workday ritual for a while now…but it's looking like I'll run out sometime in August,” Sakurai tweeted. Sakurai has been posting screenshots he took throughout Smash Ultimate's development on a daily basis since the game launched, coupling this latest reveal with a shot of the Wii Fit Trainer performing some impressive acrobatics.

Sakurai goes on to reveal he took a boatload more screenshots to make sure he had enough to post for the foreseeable future at the time, but even those have almost run out. “I even took around 200 new ones as we were wrapping up development, so it's hard to believe they're already gone.” The Smash director didn't say exactly when this month his daily Smash pics will run out, but he'll likely let us know when he tweets the final one, hopefully a few weeks from now rather than a few days.

Anyone can still take and share screenshots in Smash Ultimate, of course. No one captures the essence of the game quite like the man who had the biggest hand in creating it, though. The unique shots Sakurai has been sharing throughout Smash Ultimate's lifetime are always great, and consistently generate plenty of uplifting chatter among members of the Smash community. Something to bond over now we don't have character reveals to theorize over.

As for what Sakurai has planned, despite the number of times he was asked about it right after Sora completed the Ultimate roster, it isn't another Smash game. In fact, there might never be another Smash game again. Sakurai admitted once the game was complete that if there is, the roster will have to be far smaller. He also added the DLC alone felt like working on an entirely separate game. If you have a Smash-shaped hole in your life right now, you may need to start looking to MultiVersus to fill it.