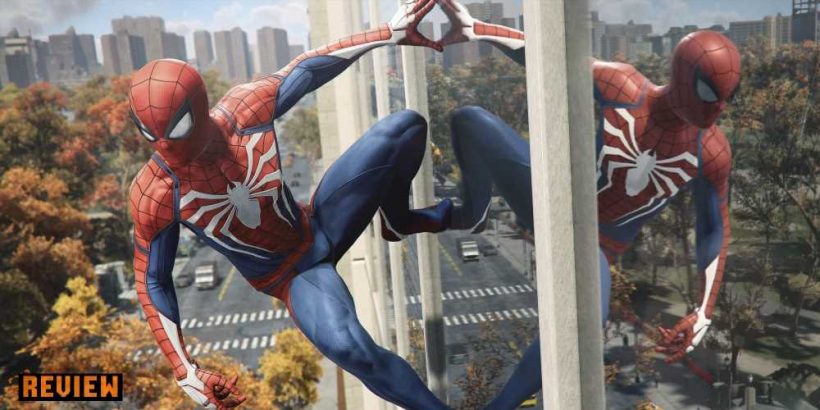 Every PlayStation Studios PC port has been rock solid so far, but Marvel’s Spider-Man is the first one that feels like it has finally reached its full potential now that it's unrestrained by PlayStation hardware. While the ray-tracing enabled PS5 remaster was no slouch, the visual and performance benefits on PC are beyond compare. New tech like DLAA and customizable ray-tracing make the city look better than ever before, while the framerate increase from DLSS and a better GPU make swinging through Manhattan feel smoother and and even more exhilarating.

The experience is made better still with a 21:9 or 32:9 display, which presents New York in a stunning panorama that’s just begging you to take a break from crime fighting to play Peter Parker the Photographer. It’sSteam Deck verified too, though performance is still a work in progress. Even on PC, Marvel’s Spider-Man is still the same game with the same flaws, and those core issues can’t be fixed no matter how high the frame rate goes. But are its problems easier to ignore when you’re flying 90mph down 5th Avenue at 120 FPS in super ultrawide? Absolutely.

Marvel’s Spider-Man, like God of War and Horizon Zero Dawn before it, is exceptionally well optimized for PC. While you’ll need a beefy setup with an RTX 3080 and latest-gen i7 processor to get the full 4K @ 60 FPS experience, even a toaster will run it on the lowest settings. My setup includes an RTX 3070, an AMD Ryzen 5 3600x, and a 49” Samsung Odyssey G9. At low settings I can hit a consistent 70 FPS, or 50 FPS on high settings, which is impressive considering the display is a whopping 5120 x 1440. What I’m losing in frames I’m more than making up for in FOV, but this is the first game that has me itching for an upgrade.

I won’t harp on about the super ultrawide here since it’s still a fairly niche screen size, but the effort Sony has put into supporting 21:9 and 32:9 with its ports has gone a long way in making it a more standard aspect ratio, and Spider-Man is the best example yet. The skylines are stunning in ultrawide and the subtle distortion at the edge of the screen makes web-swinging feel even faster. While the cutscenes are noticeably tighter, they’ve all been reframed in a way that makes them feel natural in ultrawide instead of the game forcing a resolution it wasn’t initially built for. This is the best 32:9 game I’ve played yet and it feels like the way it was meant to be played.

I played half of Spider-Man on my desktop and the other half on my Steam Deck, which had a number of performance issues. Though things steadily improved as updates got pushed through during the review period, up to and including today, I still found a few major problems. Face and hair in cutscenes are blurry and sometimes lag behind the sound, any asset that is on a wall or can be picked up is pixelated and unreadable regardless of the graphic settings, and the entire sequence where you chase Electro around Riker’s Island chugged along at an unbearable 10 FPS. I suspect more patches will continue to improve Steam Deck performance, but I also got the sense that it’s just going to be a compromised experience no matter what. That said, the Steam Deck is a great way to play this kind of checklist style open-world game. Thanks to Quick Resume, it's easy to pick it up and clear a few enemy bases or hunt down some backpacks for a few minutes here and there. Despite the current performance issues, I’d happily recommend it to Steam Deck owners.

I had a lot more fun playing Marvel’s Spider-Man on PC than PS4 or PS5 thanks to all the enhancements, but even the loudest bells and whistles couldn’t entirely distract me from the things that hold it back from greatness. As intoxicating as it is to swing around the city, character progression and equipment options still leave a lot to be desired. At times, the combat is as dynamic and expressive as any big screen Spider-Man fight, but it’s also often hampered by the clunkiness of the momentum-killing radial menu. I would like to see the sequel borrow more from the Arkham series, which does an exceptional job of blending equipment into combos. Even in a second playthrough I never felt like I could quite get my spider legs, though KB+M did make it a lot easier to whip the camera around to target distant enemies or quickly escape into the rafters after a stealth kill.

My biggest problem with Marvel’s Spider-Man comes down to an issue of theme and tone. While it nails the physicality and iconography of Spider-Man, it fails to add anything meaningful to the mythos. It seems content to wade in the shallow end of the socio-economic issues that make Spidey a unique hero, to give us a Spider-Man that’s late on rent and stretched thin by his many personal and professional responsibilities, but avoids any commentary beyond this being an occasional motivating factor to the plot.

Marvel’s Spider-Man takes these themes for granted, as if they represent a totality of his character rather than signifiers. Socio-economic issues are present on the streets and in the F.E.A.S.T. shelter, but only on the periphery. Corruption, whether it’s police who are on the take with Kingpin or a mayor developing a bioweapon in secret, are treated as individual, rather than systemic problems. Spider-Man’s role is reduced to Supervillain Puncher, but we have more than 60 years of comic history that shows us he can be so much more than that, and his stories can have more to say too.

Marvel’s Spider-Man is a big, beautiful rehash of very familiar Spider-Man stories, which makes it feel like a bit of an imitation in the end. An exceptional imitation to be sure, but it could have been so much more.