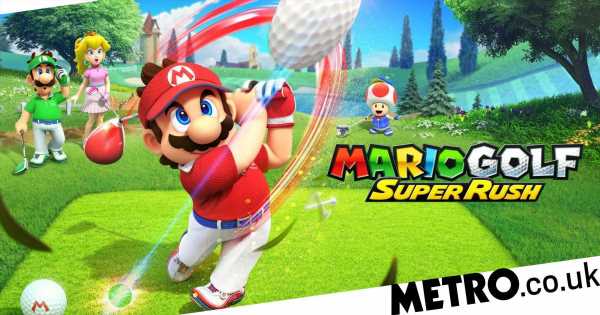 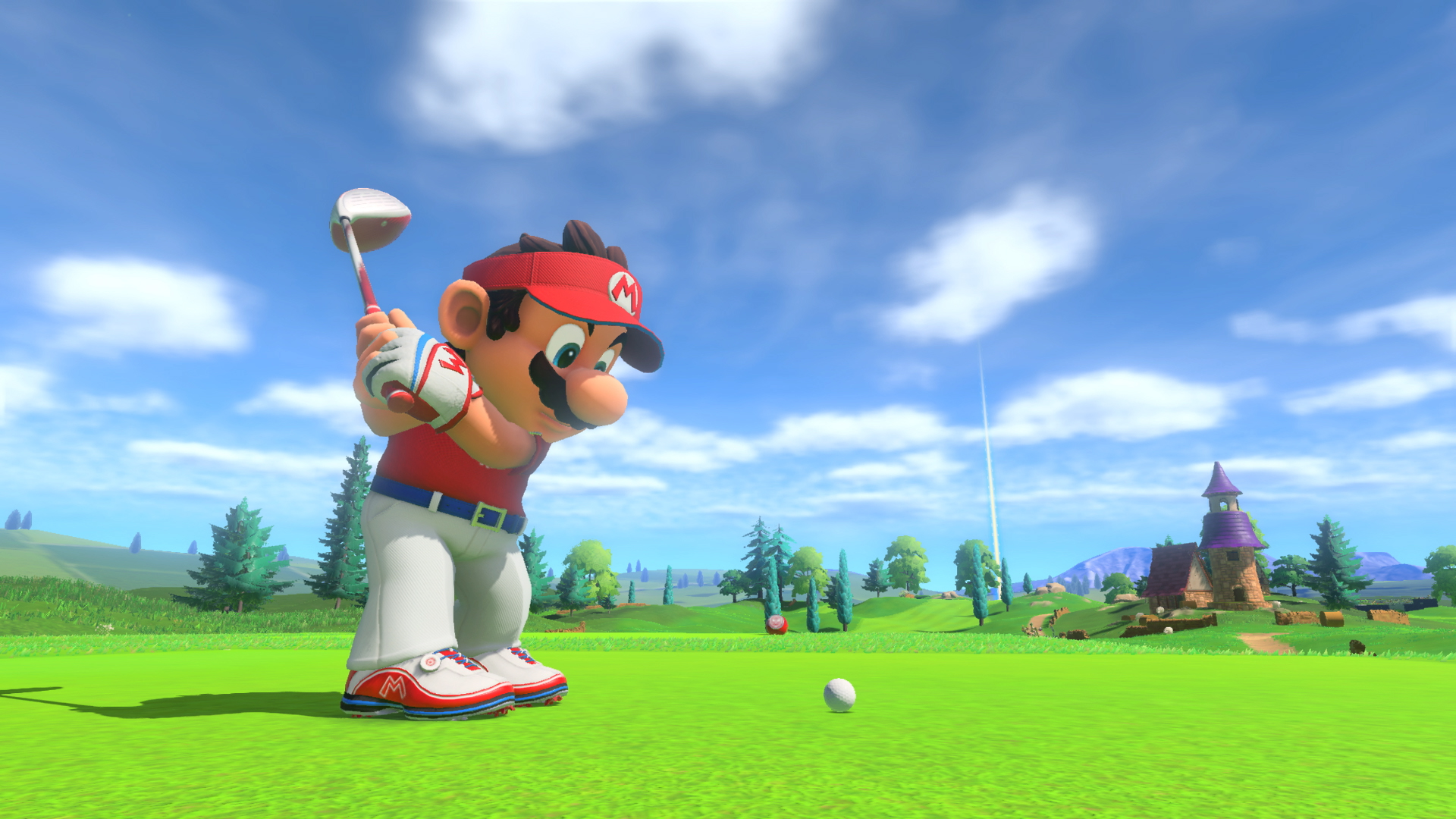 The Nintendo Switch plays host to a new Mario Golf game that mixes up real sports simulation with some peculiar multiplayer ideas.

Whenever Nintendo’s release schedules begin to run dry one of its most reliable fallbacks is the Mario sports games. We already had Mario Tennis last year, to help provide some relief during the last summer games drought, and now this year the same task is given to Mario Golf. Although there have been other Mario sports games, such as the Mario Smash Football titles, it’s tennis and golf which have always been the mainstays and Mario Golf: Super Rush proves why the concept is so irresistible.

Not that anyone would’ve been expecting otherwise but Super Rush is the very opposite of cutting edge. The graphics are fine (it often does a better job of portraying a semi-open world than Pokémon Sword/Shield) but playing the game is the video game equivalent of curling up under a blanket and watching a favourite film you’ve seen a hundred times before.

Super Rush does have some new ideas, some more appealing than others, but if you just want a simple game of Mario Golf on your Switch that’s exactly what this is. The subtitle refers to the peculiar concept of having to physically run between holes – although you don’t always have to do that – while the other big new idea is a proper role-playing style campaign mode.

Actually, the role-playing mode is not a new concept and there was something very similar in the Game Boy Color version of the original Mario Golf, way back in 1999. For some reason the concept was never used for any of the subsequent titles, even though third party developer Camelot (who also make the Everybody’s Golf games for Sony) have been behind them all. Better late than never though, and so Golf Adventure mode begins with your Mii signing up at a golf academy and working their way to the top through a series of tournaments.

To be honest, while the structure that the academy imposes, as you’re taught various techniques and then get to try them out in competition, is very welcome the script is so banal you quickly wish there was an option to just stop everyone from talking. Paper Mario (or indeed Golf Story) this most certainly isn’t, with no real attempt at humour, despite the absurdity of being taught golf by a winged turtle.

The weak script isn’t a big deal but what does frustrate about the single-player is that it’s necessary to play through it all in order to unlock anything but the first course to play in the other modes. Having some unlockables is fine but blocking out so many of the other courses seems an odd choice given the main characters, all 16 of them, are available right from the start.

Perhaps it’s because while the first two courses are perfectly normal, and seem as if they could exist in the real world, the others quickly begin to add Mushroom Kingdom style weirdness, with tornados, enemies wandering the fairway, and, eventually, a lava-filled Bowser course. There are plenty of normal holes on the first two courses though, so if you prefer to play the game as a relatively realistic simulation you can still do that.

The game has two control systems, one of which uses motion controls via the Joy-Con and the other of which is a standard power meter, where two simple button presses will send the ball flying. There’s a fair amount of nuance in terms of adding topspin, backspin, and curving the ball, but there’s also a controversial new feature that adds a randomised element to your accuracy.

The top of the power gauge has an extended area referred to as the ‘risk zone’ and if you hit a shot powerful enough to be in that area then there’s a good chance your accuracy will be off. By exactly how much is random, but while that sounds frustrating the risk zone is usually quite small, unless you’re in the rough or a bunker, so as long as you’re cautious with your shot power it isn’t really an issue.

Standard Golf works essentially the same as any golf sim but the other two modes are Speed Golf and Battle Golf. Speed Golf is where you have to physically chase after the ball while under a time limit, with each stroke adding 30 seconds to your timer. Battle Golf is even more extreme, in that you’re competing with up to four other players at the same time on a nine-hole course. In both cases you have to run to catch up with your ball, while collecting power-ups and trying to knock opponents down.

Everyone has their own special abilities and the whole thing is clearly trying to inject some Mario Kart style madness to the game, to the point where we’re not sure why they didn’t have you literally driving around in golf karts. All of this is fairly frustrating against the computer – and it comes up a lot in career mode – but it can be a lot of fun with real human opponents, and if it’s not you can just stick to the standard rules.

The main complaint against most modern Mario sports games is that there are too many wacky new abilities and the game makes it too hard, or actively impossible, to just play a normal game of golf or tennis. Apart from the minor qualification of the risk zone controls that’s not the case here, as while each character does have their own unique ‘special shot’ super move they can be turned off via the main menu before you even start. Indeed, Super Rush is impressively customisable when it comes to all its features, including four-player local and online multiplayer.

Although the appeal of the game does depend to some degree on what you think of real golf this is overall a better package than Mario Tennis Aces and the best sports game Nintendo has put out in several years. There’s nothing very surprising or innovative about Mario Golf: Super Rush but that doesn’t interfere at all with its simple and reassuringly familiar pleasures.

In Short: The best Mario Golf game since the N64 original and while it does have some odd ideas they’re almost all optional, resulting in an impressively comprehensive sporting experience.

Cons: The risk zone concept isn’t as bad as it sounds but it can still seem unfair. Unlocking all the courses via career mode can be a chore, especially given the weak script.