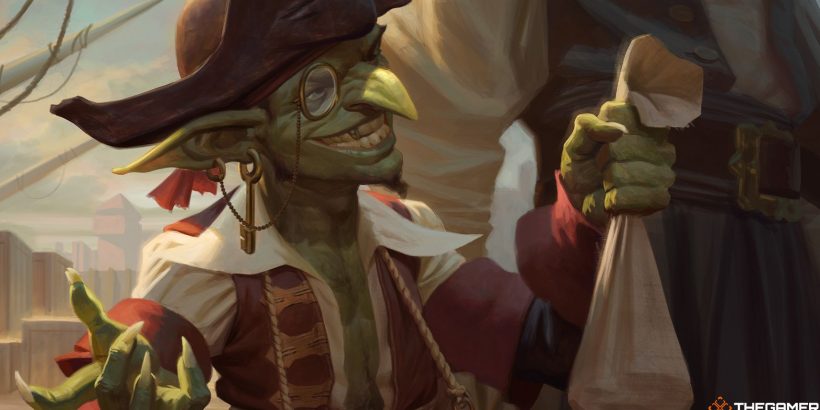 Dockside Extortionist has long been a staple of artifact-focused decks, but it can find its way into almost any deck that sports even a splash of red. Multiplayer Commander games will often have multiple opponents with even more enchantments and artifacts on the table, leading Dockside Extortionist to pay for itself and then some. Throw in a Cloudstone Curio, Deadeye Navigator, Temur Sabertooth, Capsize, or anything else that throws Dockside Extortionist back into your hand, and you’ve got yourself an easy infinite mana combo in the right circumstances.

Dockside Extortionist is so common in Commander these days that some players have been calling for it to be banned. Rumors of just that have swirled for months, but it seems like those rumors are unlikely given that Wizards of the Coast has just announced Dockside Extortionist will be reprinted in Double Masters 2022. It’ll also come with new borderless art and foil etched versions too. 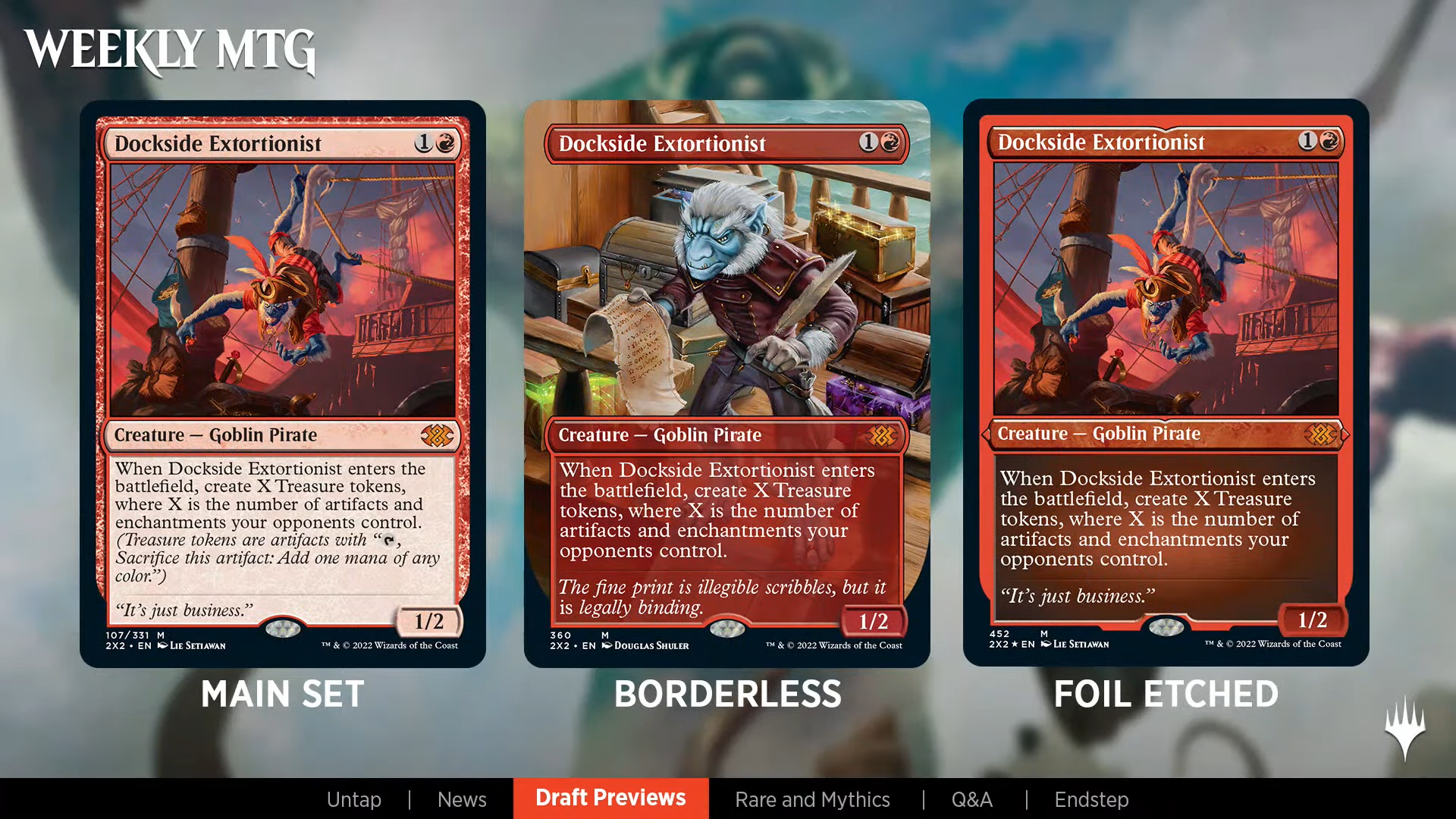 Double Masters 2022 arrives on July 8. Check out the stream for more previews and details on the release event.

Due to its popularity and rarity, Dockside Extortionist is priced around $70 USD, but that's nothing compared to what Post Malone just paid for one ultra-rare Magic card. The Black Lotus is often seen as the holy grail of Magic: The Gathering, fetching absurd prices at auctions. Post Malone revealed on the Howard Stern Show that he actually paid $800,000 for a Black Lotus. That’s almost $300,000 more than the previous auction record of $511,000 set earlier this year.