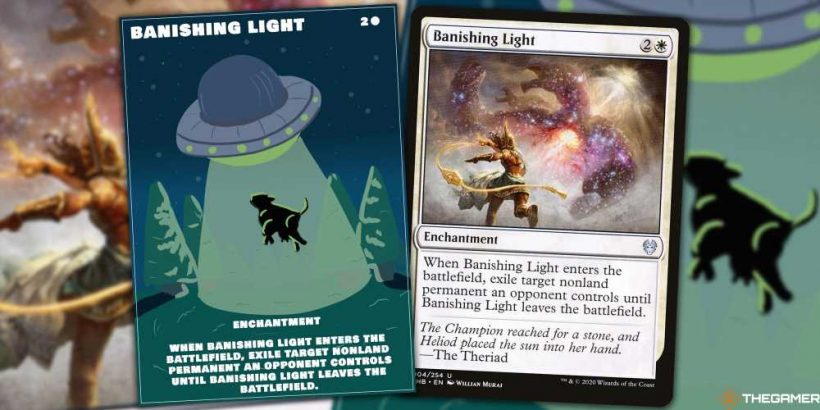 Magic The Gathering is an infamously expensive hobby. Opening dozens of booster packs every few months when a new set rolls around adds up, and that's before you add in things like preconstructed decks, sleeves, playmats, boxes, dice, and other accessories. I'd hate to think how much I've spent on Magic in the past couple of years, but it's easily in the four digits, if not more.

But it doesn't have to be expensive; proxies allow people to play with any card they like, regardless of how much it costs or how rare it is. It is more than just a cost-cutting tool; proxying is a whole community unto itself, with talented artists producing lots of incredible and innovative takes on existing cards.

And yet, some corners of Magic's community are vehemently against even the mere mention of the dreaded P-word. The most recent reignition of this debate came when the /r/mtg subreddit banned Commander Herald writer Jake FitzSimons for using the word "proxy", resulting in a backlash so strong it had to forcibly remove two of its own moderators. As the age-old debate about proxies erupts in the community once again, it's time for people to really get a grip and accept them. 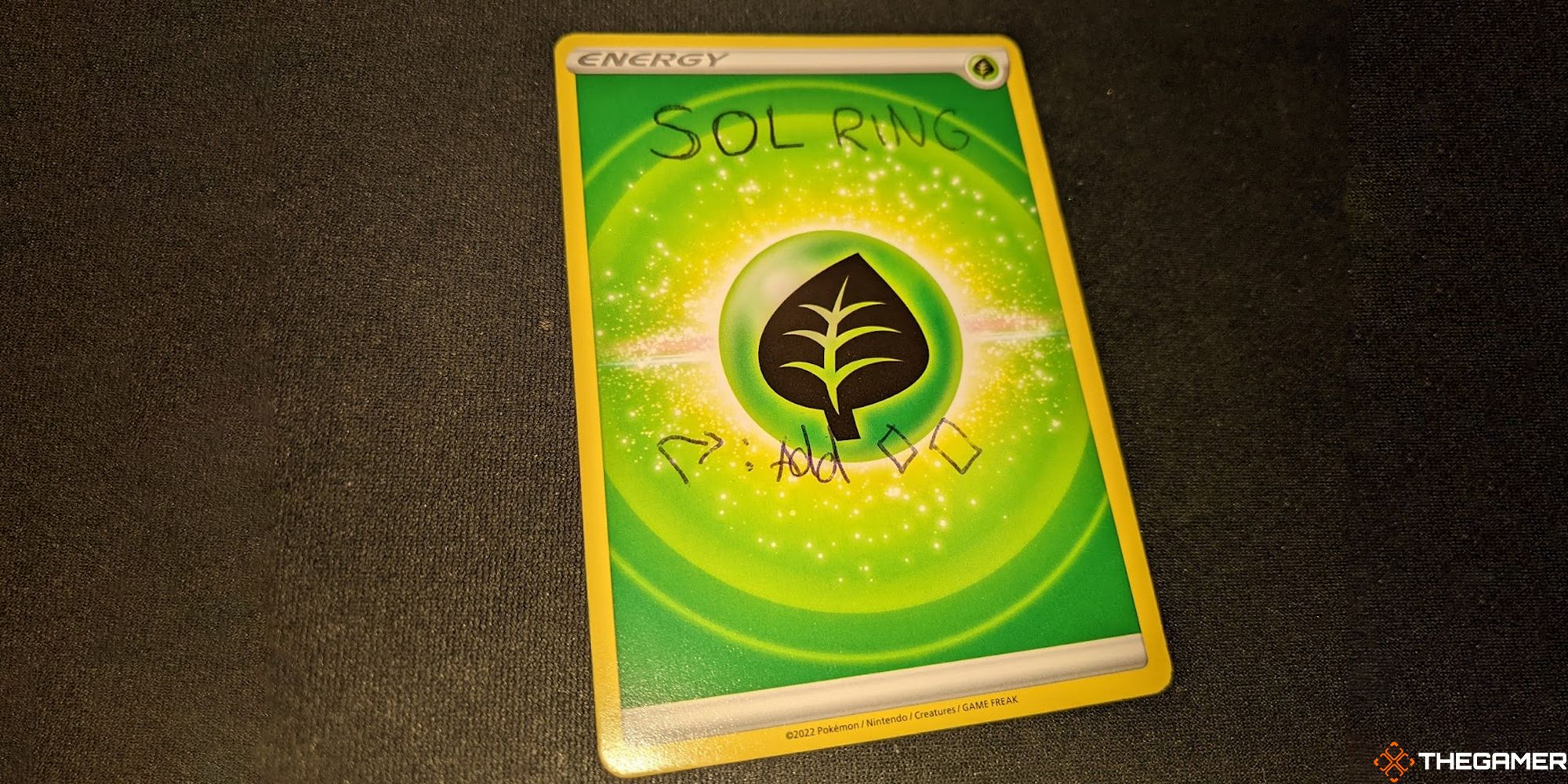 People's first argument is that proxies are counterfeits, which is entirely wrong. By definition, a counterfeit tries to pass itself off as the genuine article – they're frauds, produced illegally and usually sold by unscrupulous individuals hoping to make a quick buck off of unsuspecting collectors. Proxies, on the other hand, are a much more homebrew affair where the card doesn't even need to look like the 'official' version as long as every player knows what it's meant to be. Nobody is looking at my proxy of Banishing Light that has a cow being abducted by a UFO and wondering if it's a real card.

"But don't proxies take money away from Wizards of the Coast?" some might say, "Even if it isn't counterfeit, you're playing with cards you haven't bought?". This line of reasoning also woefully misunderstands how proxies are used. 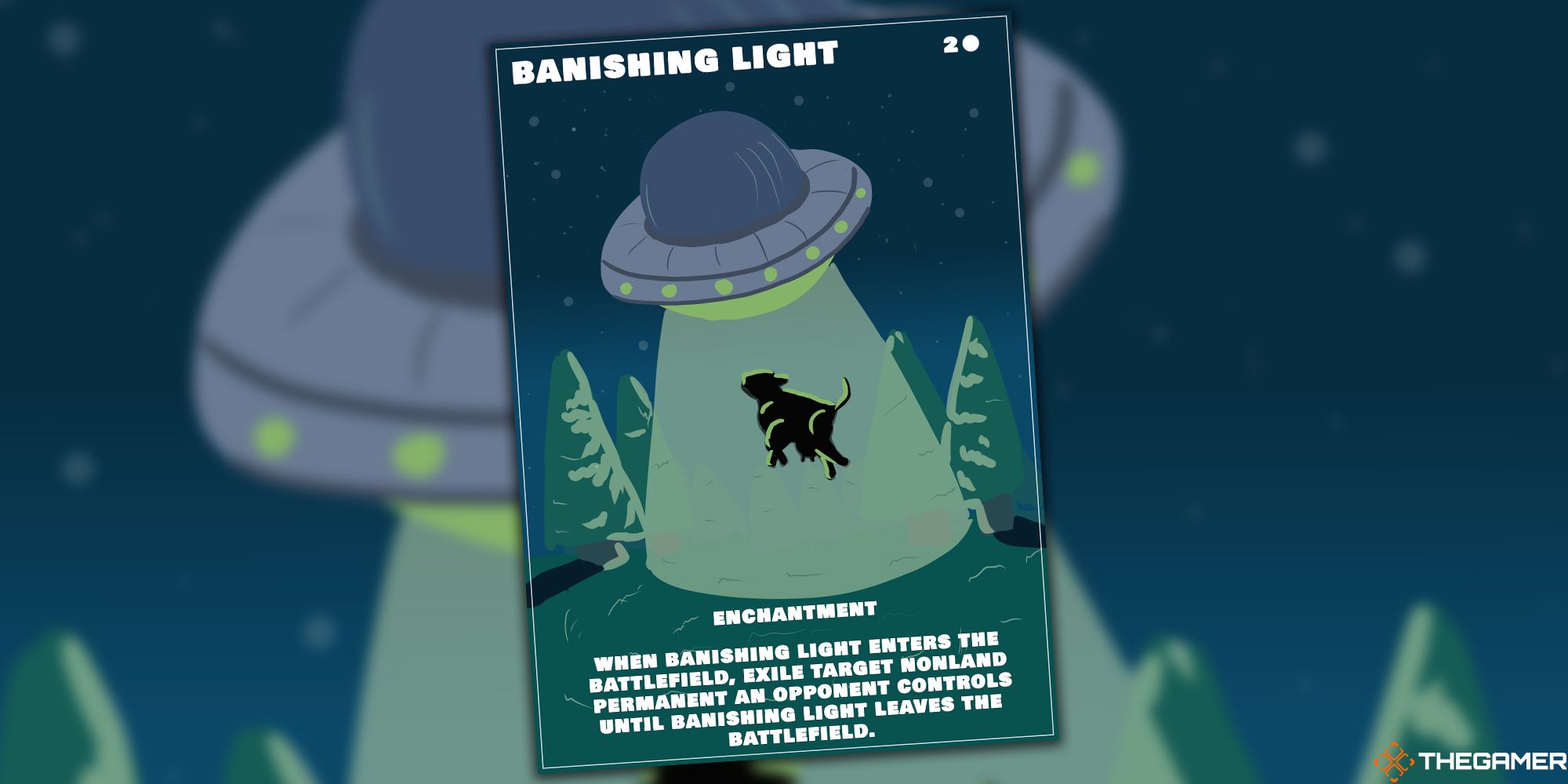 To say proxying takes a sale from Wizards of the Coast implies two things: that people only proxy cards they don't already own, and that you can buy the card directly from Wizards already. Considering Wizards generally doesn't restock products outside of the last few years of the game, anything from before Throne of Eldraine will likely be bought through secondary markets where Wizards doesn't receive a cut of the sale anyway. It gets even worse with cards on the Reserved List, as they'll never be reprinted, yet make up a large portion of the Vintage and Legacy formats. The result is that Vintage decks can reach up to $90,000 to buy and play in a sanctioned event where proxies are banned – or the cost of printer ink to proxy anywhere else. 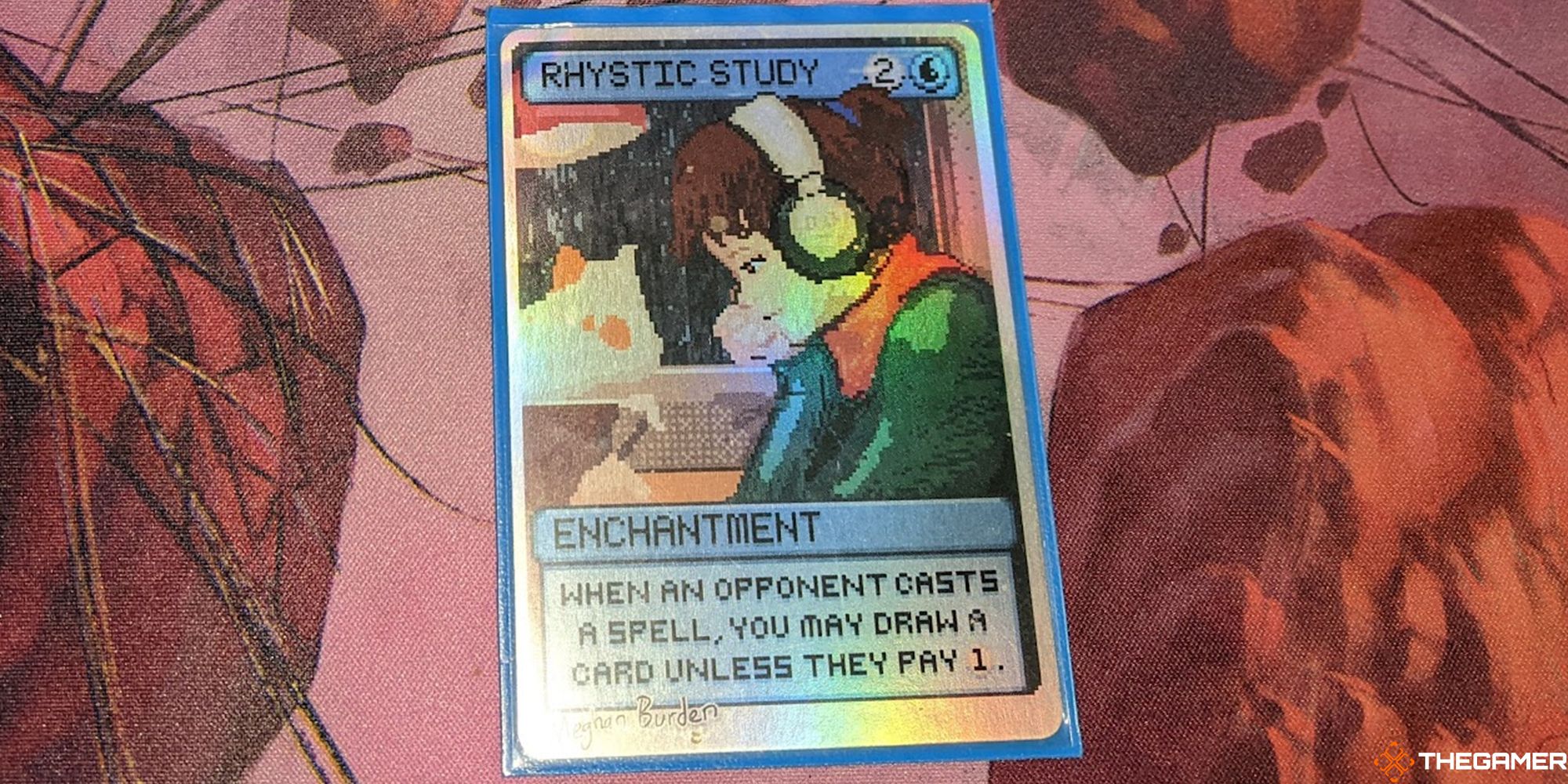 But, again, it isn't just cost that leads people to proxy. I own a copy of Rhystic Study and run it in my Kwain, Itinerant Meddler Commander deck, but I use a proxy and not the actual card because Terese Nielsen is a scumbag QAnon TERF and I don't want to spend hours looking at her art. The official Rhystic Study sits in my storage box and I instead use a gorgeous proxy by artist Meghan 'Sheepwave' Burden that turns the card into the chill lofi hip hop anime girl. Proxies are a way to separate Magic from its more controversial, problematic, or just plain gross elements, and dissuading people from using them just because "it isn't the real card" is tacit acceptance of those nastier aspects of the game.

All this arguing over whether proxies are counterfeits, and whether it's piracy is already completely moot, though, because Wizards itself has begun embracing proxies. Though it calls them 'playtest cards' and forbids you from selling them or playing with them in sanctioned events, it's okay with you printing off cards and playing casually – mostly because it can't actually stop you from doing so.

More than that, though, Wizards has been taking inspiration from proxy artists for ages now. The most recent Secret Lair promo even hired a well-known proxy artist to produce official cards for the first time, with Ben Schnuck making the Shades Not Included lands in the February Superdrop. Wizards has been experimenting with out-there card presentations through things like Secret Lair and Project Booster Fun in the last few years. It wouldn't be an unreasonable leap to think the work proxy artists have been doing for years hasn't at least partially led to this. 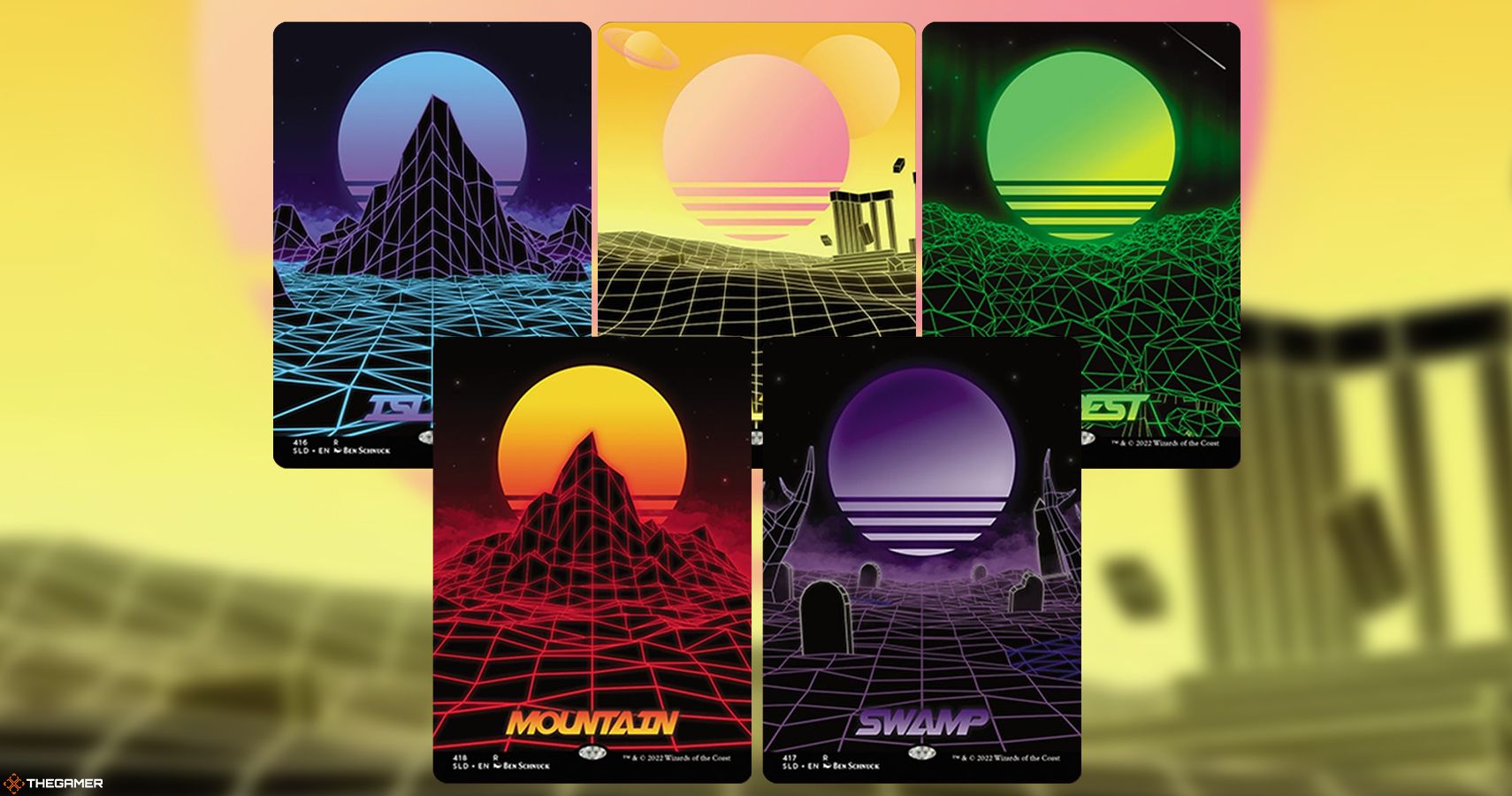 The sad fact is that people who argue against proxies are likely those who already own the cards and have status to lose if people proxy more freely. That, or they’re the secondary market sellers who see a kid scribbling “Sol Ring” on a plains as a threat to their already highly volatile business. It's the same thought process as boomers who refuse to cancel student debts because they've already paid theirs. They dropped that $600 on a Gaea's Cradle, and the thought that someone scrawled "Gaia's Cradle" on a forest and plays with it in the exact same way gives them some sense of buyer's remorse. Instead of being an adult and getting over their status symbol not having much sway, they try to push others out of the game, and it's pathetic.

When I sit down to play Magic with people, I want to play against their deck, not their wallet. I'd much rather someone bring a creative deck full of proxies that does something fun and interesting over someone lucky enough to be playing in the '90s and has held onto their Reserved List cards ever since. Proxying is a form of self-expression we should encourage, and anybody who wants to shut down an otherwise fun game just because someone printed off their Jewelled Lotus instead of finding it in a $120+ booster box of Commander Legends doesn't deserve a seat at the table.