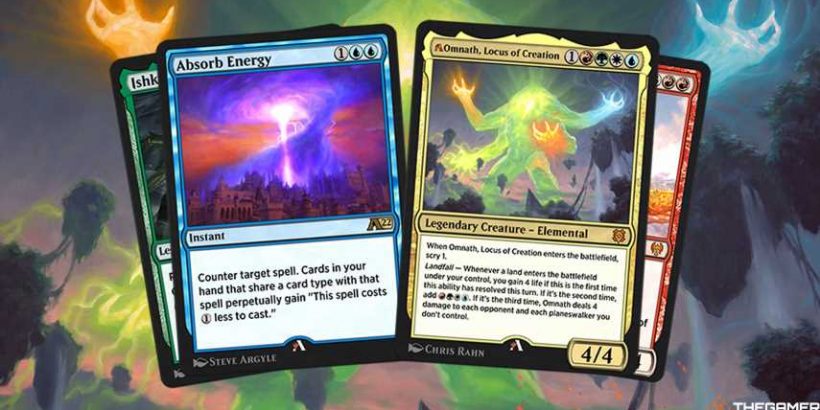 A brand new format is coming to Magic the Gathering Arena, expanding upon the controversial digital-only cards introduced earlier this year.

Alchemy will combine the set rotation of Standard (meaning cards from Zendikar Rising to Innistrad: Crimson Vow are currently legal) with the digital-only elements of Historic. Unlike Standard, though, Alchemy will allow cards to be digitally rebalanced at any time, divorcing them from their tabletop counterparts, and will feature new digital exclusive cards added alongside each premiere set.

In a blog post announcing Alchemy, it is said that the intent of Alchemy is to provide digital-only players with a more rapidly-changing metagame than a Standard bound to paper releases casn provide. Digital players play more games more often than paper players, leading to people finding dominant strategies much, much quicker.

To better explain the format, Wizards of the Coast has shown off a few cards that have been rebalanced for Alchemy. For example, Zendikar Rising's Phylath, World Sculptor has been given trample, and its landfall ability also gives the plant tokens it buffs trample until the end of the turn. Inversely, other cards will be nerfed instead. Alrund's Epiphany has been majorly weakened, with a higher Fortell cost and will only produce bird tokens if it has been foretold. Alchemy will also allow cards banned in Standard to come back in adjusted forms, such as Omnath, Locus of Creation now costing one generic mana more, and only scrying one card instead of drawing when it enters the battlefield. 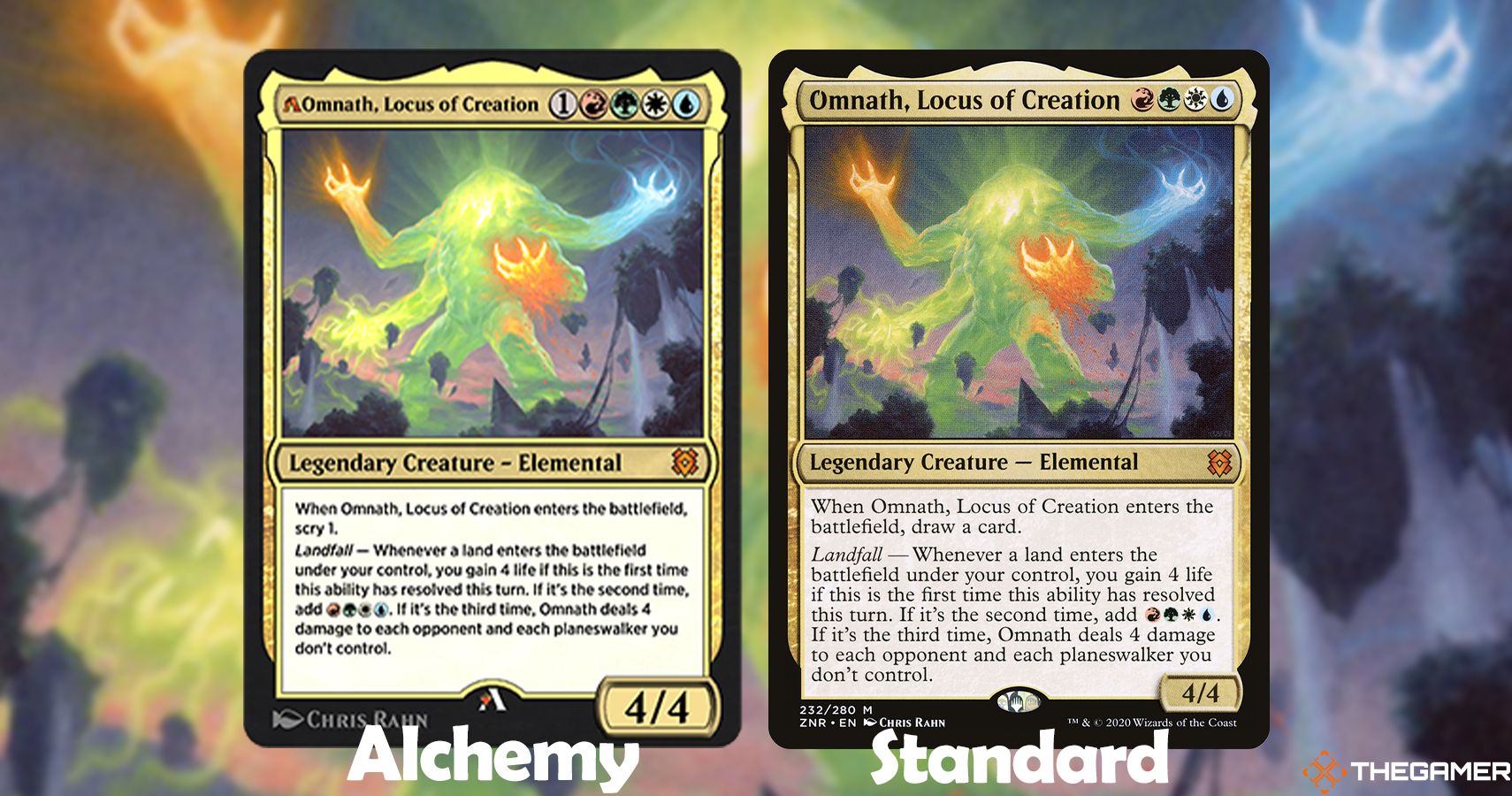 Alongside these rebalanced cards are new, exclusive 'supplementary cards', which will be released into Alchemy alongside each premiere (main Standard-legal) set. Examples shown are Toralf's Disciple, which conjures lightning bolts into your library and Absorb Energy, a counterspell that perpetually gives cards of the same type as the countered spell an additional extra one generic mana to its casting cost. 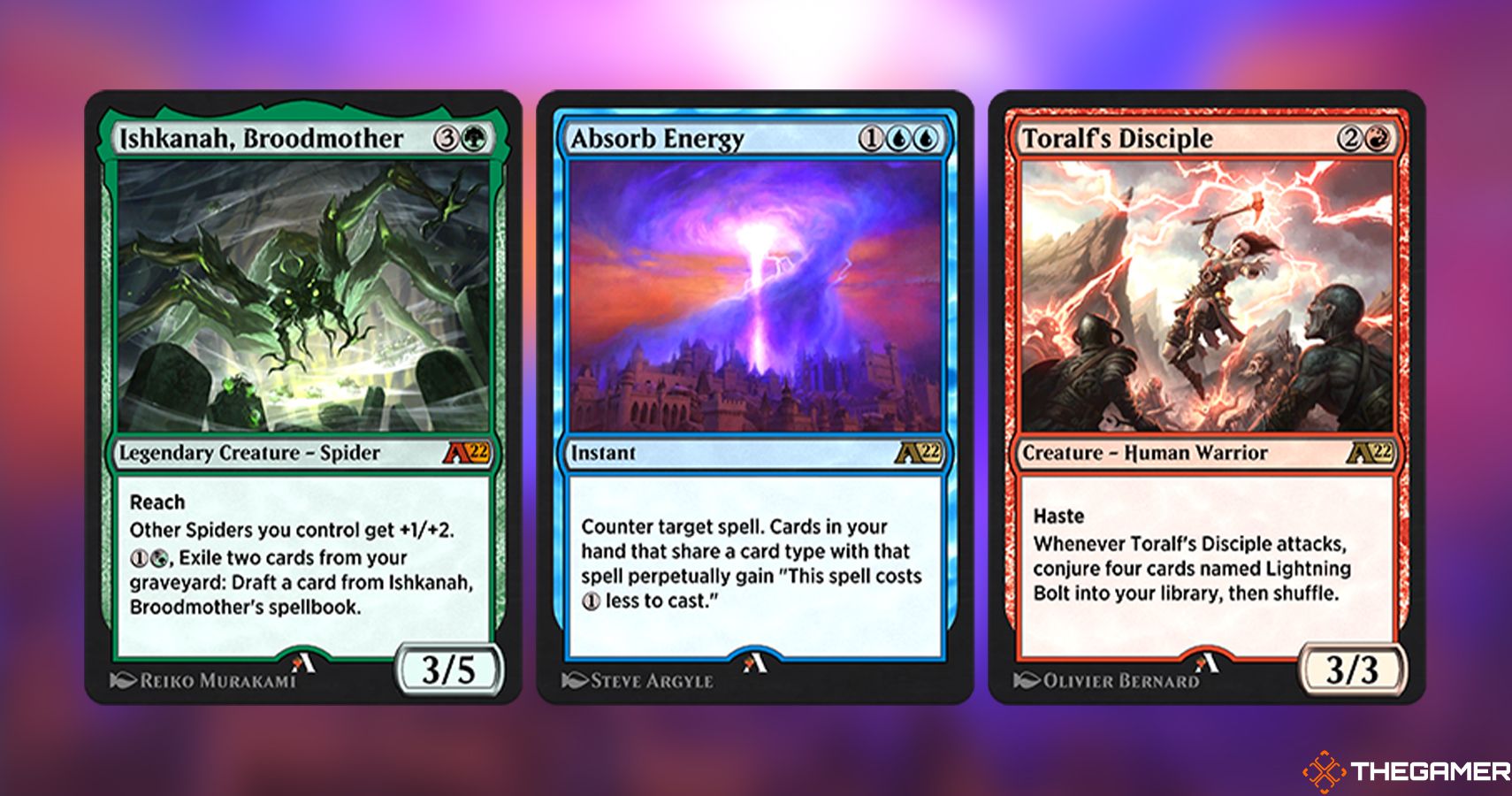 Alchemy will be the main seed format for Historic from now on, as all cards in Alchemy will also be legal in Historic, and will remain in Historic after they've rotated out of Alchemy. In effect, Historic is now becoming a non-rotating version of Alchemy, instead of the eternal format to play old Standard decks it was originally conceived as. Despite that, Wizards is very eager to ensure players that Alchemy isn't replacing Standard or Historic. In fact, if you own a rebalanced version of a card, you will own every version of that card, including its unadjusted form for Standard, and vice-versa.

On the one hand, the idea of a 'fixed' Standard where Wizards can quickly answer problem cards like Omnath or Alrund's Epiphany is appealing. On the other, the response to this announcement has been largely negative, with many seeing it as another step towards Arena becoming a digital Magic-like game to compete with games like Legends of Runeterra or Gwent, and not the faithful adaptation of Magic it was originally marketed as. You simply have to see the immediate response on the Twitch chat of MTGWeekly following its announcement to see how well this is going down. 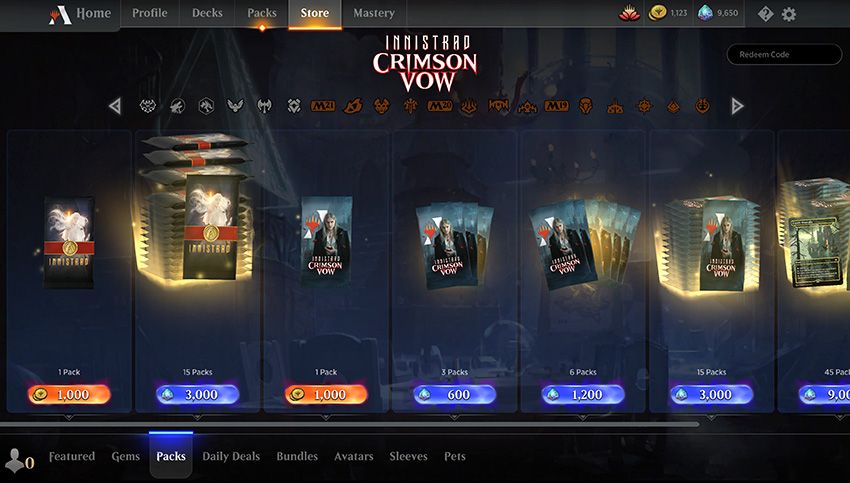 In particular, the decision to have these errata'd cards also apply to the Historic format has been criticised, as until now only the digital exclusives introduced in Historic Horizons were adjusted after their 'printing'. Wizards has confirmed that wildcards will not be given to owners of rebalanced cards, further justifying criticisms of Arena's struggling in-game economy, where making competitively viable decks often requires opening hundreds of booster packs.

Alchemy will launch on MTG Arena on December 9.