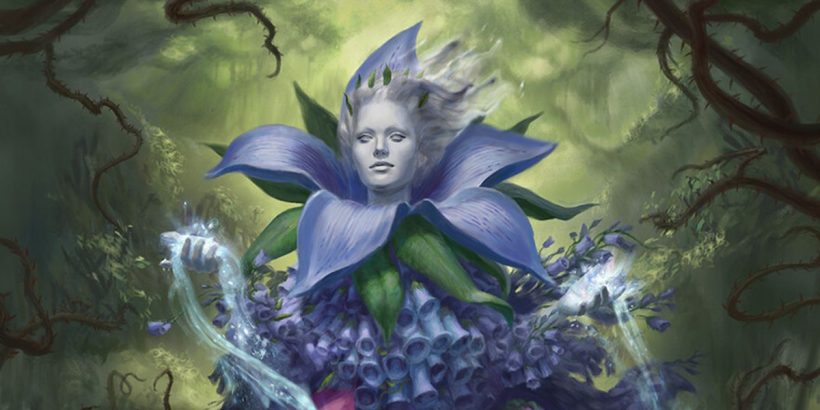 Digital collectible card game Magic: The Gathering Arena is adding an exclusive new set of cards on Aug. 12. Called Jumpstart: Historic Horizons, the set will blend together hundreds of cards from Modern Horizons and Modern Horizons 2, with 31 new-to-Magic cards coming exclusively to digital.

Publisher Wizards of the Coast announced the new set Monday, following a leak on Friday.

Jumpstart launched in 2020 as a physical product. To compete, players cracked open two packs of Jumpstart cards randomly selected from a fixed list and then mashed them together into a 40-card deck. It was a fast and thematic way to play, with wild combinations like pirates and unicorns, cats and phyrexians all fighting together at the table. Now that same format is coming to Arena, but with a slightly different structure.

A render of the Jumpstart Booster Box released in 2020.
Image: Wizards of the Coast

Jumpstart: Historic Horizons will include 40 unique packets of cards, with different drop rates for each card slot within those packets. That means decks will have much more variation in their composition than the physical version of Jumpstart allowed. The result should be more complexity in play.

This new version of Jumpstart will also include new mechanics created especially for the digital-only format. From Wizards’ news release:

Seek: Powerful tutors grab a random card from your deck that matches specific criteria. No shuffling and no time spent looking at options — it just grabs a card that works out of your deck and the game keeps moving.

Perpetually: Permanently change the characteristics of a card — no matter where it goes afterwards. Taking advantage of MTG Arena’s ability to alter digital objects no matter where they go during gameplay, powerful benefits and unique changes add strategies found nowhere else in Magic.

Conjure: Conjure creates cards out of thin air as a digital object that acts just like a normal card would. Powerful spells and artifacts can Conjure up iconic, powerful, or just plain useful cards — from Tropical Island and Stormfront Pegasus to Ponder and more.

Jumpstart: Historic Horizons will not be getting a physical release.