Hearthstone’s next expansion is the long-awaited Madness at the Darkmoon Faire, lunching November 17. Along with the new expansion is Duels, a brand-new game mode, and the biggest revamp ever to your personal progression with new cosmetics, gold, and cards.

Corrupt is the newest keyword in Madness at the Darkmoon Faire, which gives you a new way to play and will also reward late game strategy. By playing any other card with a higher mana cost than the Corrupt card will cause its keyword to upgrade the card in your hand. This means that you can choose to either play a spell or minion on curve to maintain tempo, or to hold onto it for a stronger, higher value effect later in the game. 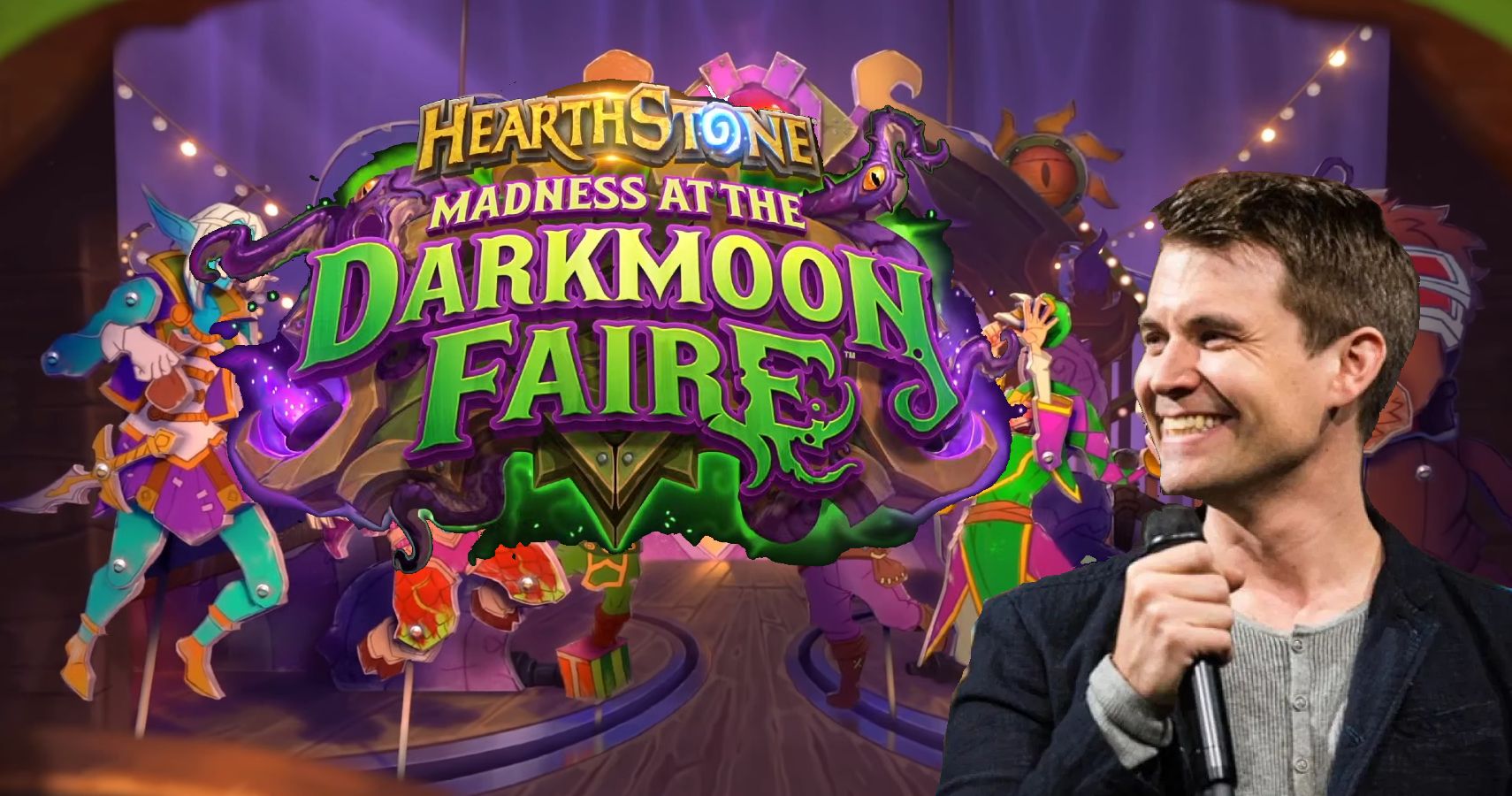 Old Gods Are Back!

The four old gods are back in Hearthstone with a silly, Darkmoon Faire take on their original, unique effects. Yogg-Saron, N’Zoth, the Corrupted, C’thun, and Y’Shaarj are all spending some time at the Faire and are described as viable to build an entire deck around.

Yogg-Saron, Master of Fate, embraces the madness of pure randomness by giving you the chance to spin the Wheel of Yogg-Saron. There are six powerful effects that can result from this, including having Pyroblast cast over and over on random targets until one player has won the game. It seems that the Hearthstone developers have embraced everything that was hated about the original Yogg-Saron, but at least this only has a 5% chance of happening this time around. 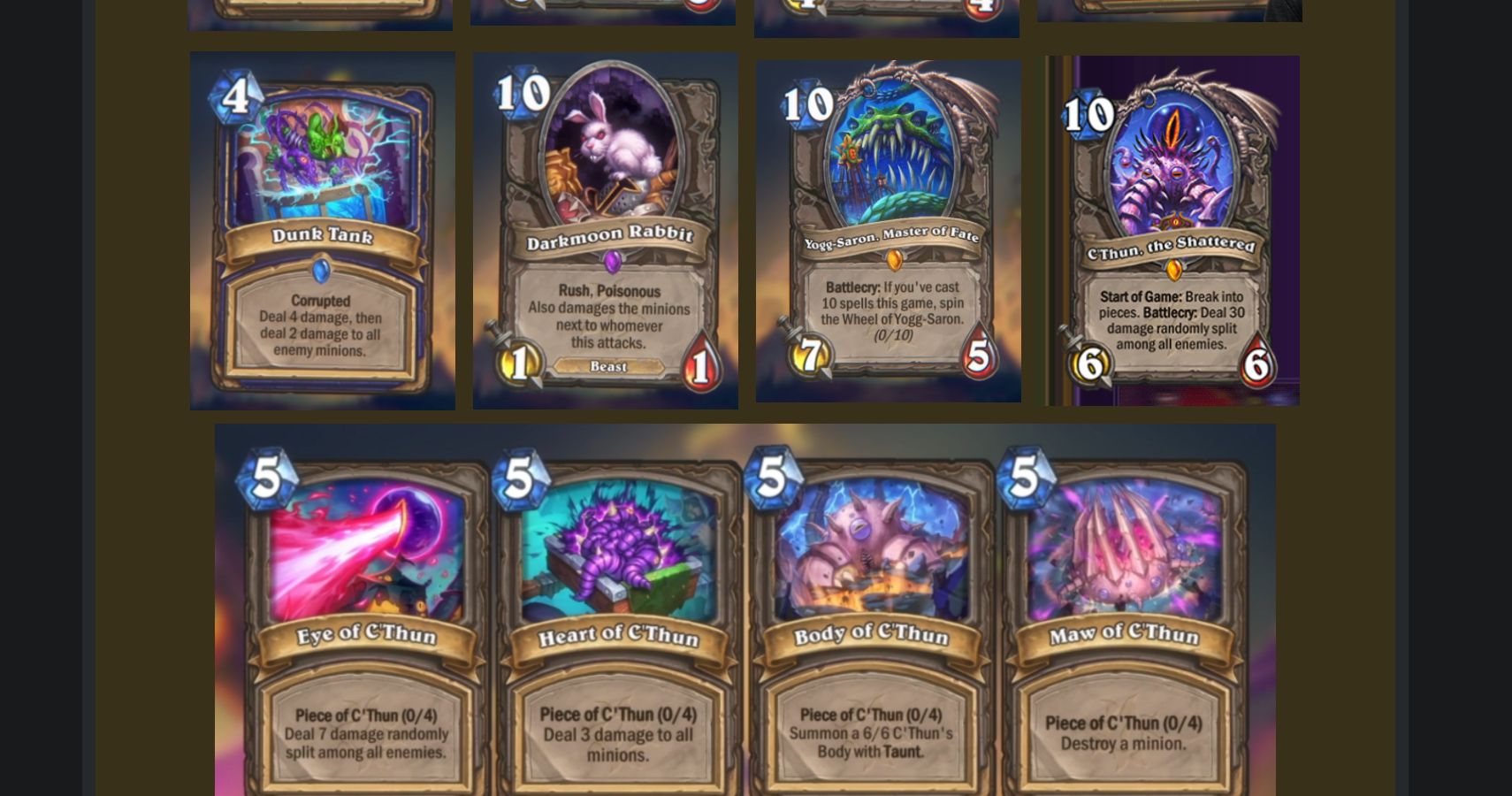 Each of the other three old gods feature a design that is built upon their original design, except for Y’Shaarj, The Defiler, but no one wants to see another version of Big Priest in Wild, so that is definitely for the best.

One of the biggest announcements that was mentioned only briefly at the start of the expansion presentation today is that going forward there will be a mid-expansion addition of 35 new cards. These will help balance out the meta and should keep Hearthstone fresher during each expansion.

These 35 new cards will not be gated behind solo adventure content but will instead be added directly to new expansion packs and can be crafted like any other card on day one.

Considering that the Darkmoon Faire offers players the only way to build card decks in World of Warcraft, it is shocking to see that it took this long for a Hearthstone expansion to be themed after the event. In any case, we cannot wait for the return of the old gods on November 17!