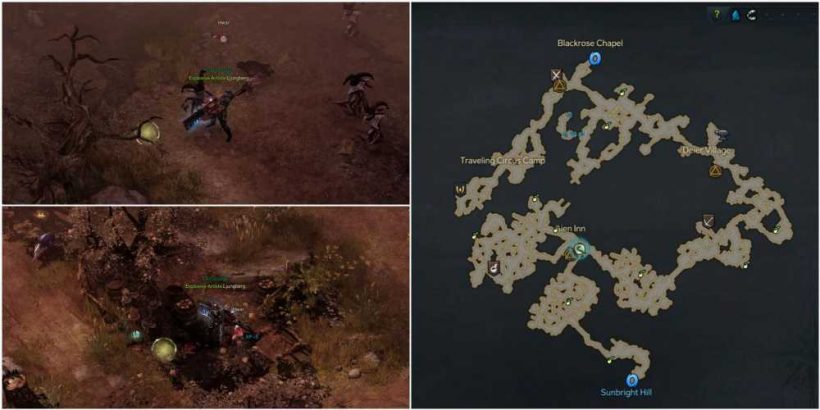 Mokoko seeds are the lifeblood for Lost Ark collectors, especially early in the game. You can find hundreds in the first four continents before you even know what to do with them. That includes 10 in the Flowering Orchard area of East Luterra.

Flowering Orchard is a sprawling yet largely linear area, and you should be able to find all the seeds as you work your way through it towards Blackrose Chapel. There is a very tough area here, named the Traveling Circus Camp. But luckily there are no seeds in it. Read on below to find out where all the mokokos can be found.

Mokoko Seed One – From The Sunbright Hill Portal 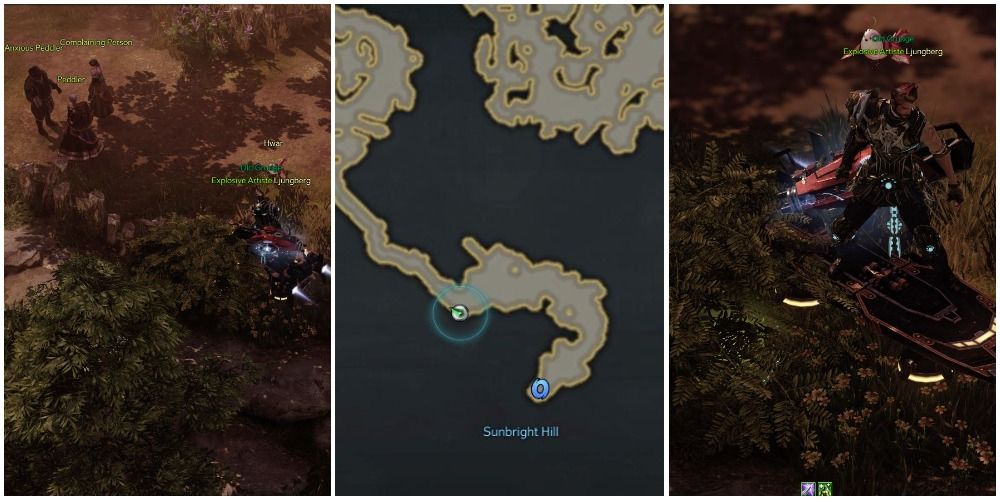 On entering the area from Sunbright Hill, follow the main route around to the left while hugging the left side of the path. The path begins to thin again, as you reach a group of three people – an Anxious Peddler, a Peddler, and a Complaining Person. Just to the southeast of them is a large bush to the right of the fence. Your first seed is well hidden in the bush. 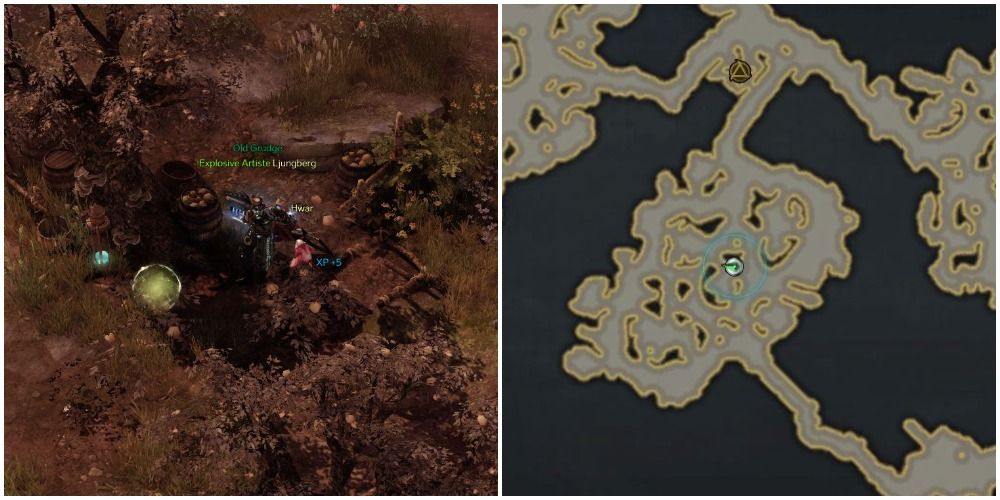 Keep following the path northwest and across the stone bridge, past Knight Boens. Follow the path right at Orchard Keeper Filch. Just past the first tree on your left, head to the base of the tree just past it to the left. There, in front of some barrels and a blue glowing lamp, you’ll find the second mokoko seed. 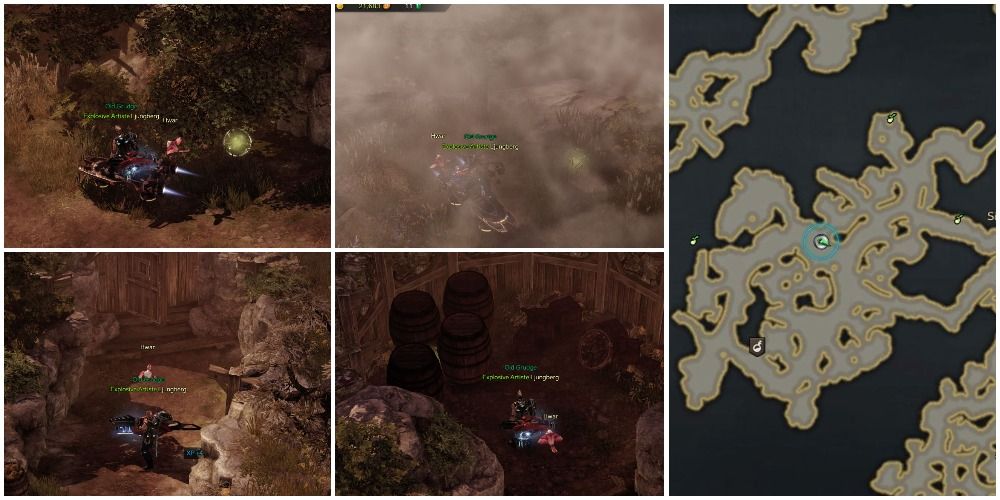 Head north from the Sien Inn Triport then follow the path northwest, keeping to the right-hand side. As you start to go down the hill, there’s a tree. And hidden beneath its branches, next to the wall, is another seed. Just past it, you’ll come to a crossroads. Go north, then northwest at the fork into the cloudy clearing with a lone tree overlooking the river. Your fifth mokoko is to the right of the tree on the ground in the grass.

From here, head southwest towards the potion merchant, Gemini, on the map. From here, head west then immediately north along the path until you see a turn leading west next to some bright purple flowers. Go down it and immediately north, down a slope to the door of an underground building. Head inside and you’ll see four barrels. Destroy the barrels to reveal your fifth mokoko seed of Flowering Orchard. 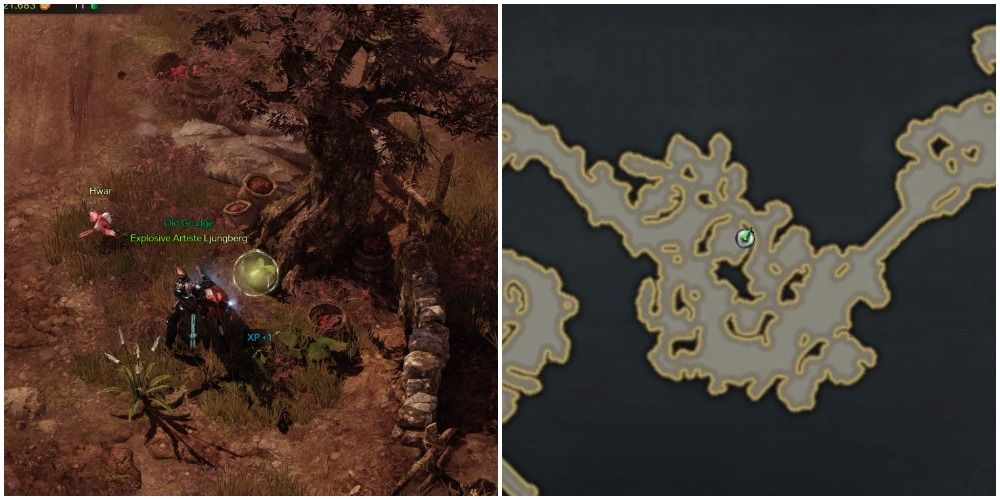 From the Sien Inn Triport, follow the main path southeast into the next large field. Keep moving east until you see a dilapidated thatched storage shed. Go into the field behind it. Your sixth mokoko is to the left of the tree there, by its roots. 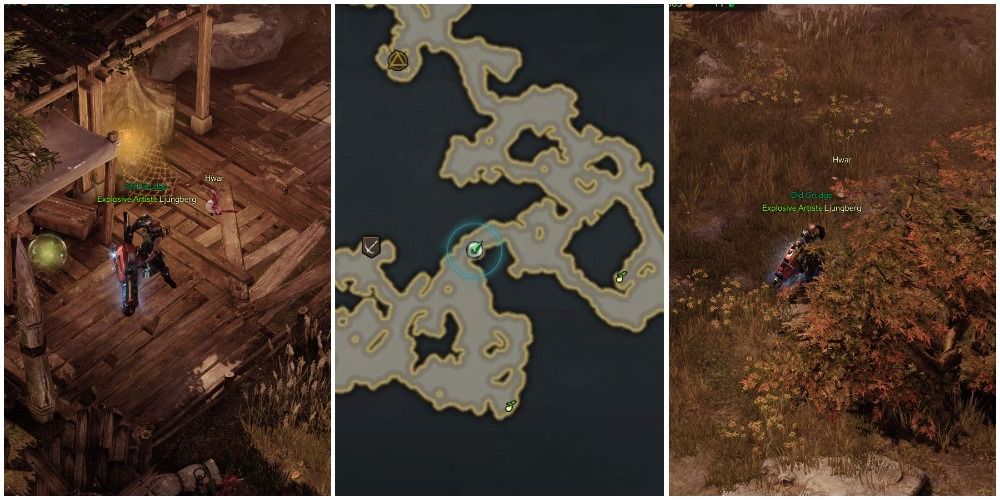 Head southeast from Deier Village to the far eastern point of the map. You’ll come to a stage, where a large group of heretics is having a meeting. The seventh seed is on the stage, to the left by a crate.

Find trade skill tool merchant Reda nearby on your map. Head southeast from her, as far as you can go. You’ll see some red cloth hanging from a beam, with a yellow basket in front of it (and probably some hounds). To the right of this, there’s a tree with red leaves. Hidden at the base of the tree is your next mokoko seed. 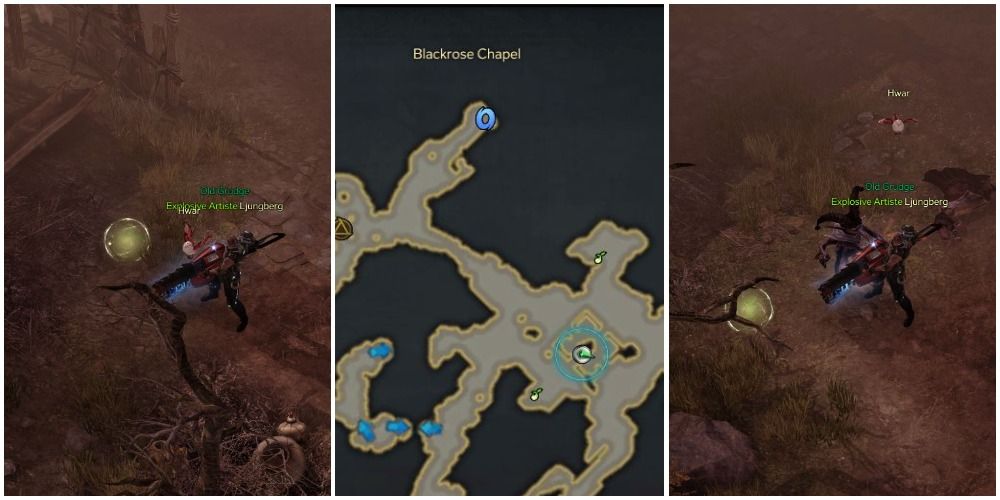 Follow the path east from the Circus Encampment Triport, into the destroyed village. From its center, follow the steps southwest into the corner. Your ninth seed is on the ground in plain sight. Go back to the center and now head up the northeast steps, into the northern corner where the Music Box of Mayhem appears. Your final mokoko of Flowering Orchard is just on the ground as you enter the area on the left.