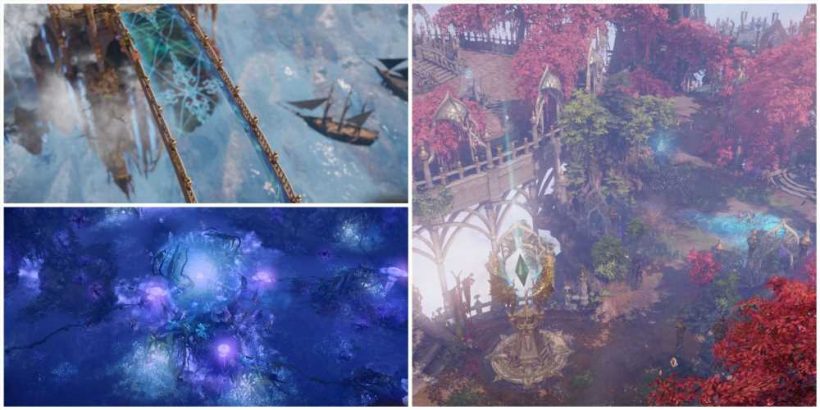 When you arrive in the continent of Rohendel in Lost Ark, you’re essentially arriving in the land of the elves. They may be called Sylvain here, but all the tropes are on show — slender bodies, pointed ears, and a love of nature and magic. And with all this, of course, comes some fantastic vistas for your Adventurer’s Tome.

There are nine vista locations to find across Rohendel’s six major areas. Some of them are what you’d expect, with fantastical cloud cities and fairy folk in abundance. But the demons have struck here too, casting blight across the land. 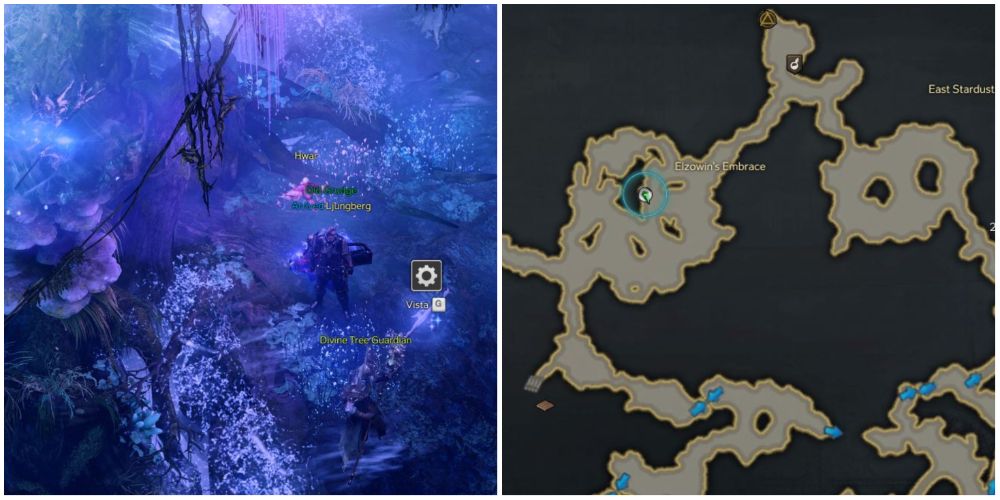 Go to the East Stardust Forest Triport and head through the area you arrive in directly south. Go along the path heading southwest that leads into the Elzowin’s Embrace area.

As you enter this large area, go directly west until you hit the edge of the waterfall. Follow its eastern side a little way south, and you’ll come to the Elzowin’s Embrace vista, which is right next to a Divine Tree Guardian. 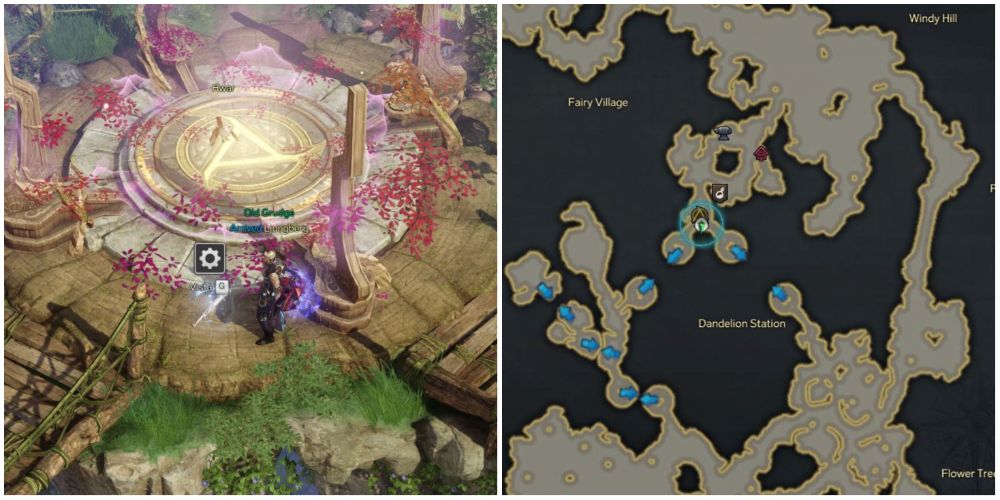 Head to the Fairy Village Triport in the centre of the Breezesome Brae area. Despite being right at the triport, this vista location is quite easy to miss due to being surrounded by so much colour.

It is actually on the wooden platform the triport is on, on the southern side between the two wooden bridges heading southeast and southwest. 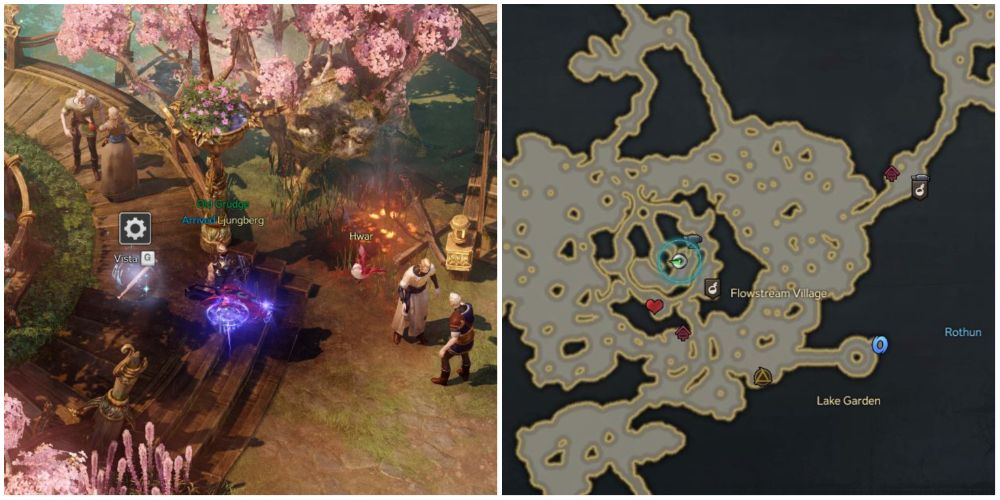 From the triport in Flowstream Village, head northwest through the apple trees to where Mail Carrier Gabbile is standing.

Go up the wooden stairs to her right onto the raised platform and take the right turn (heading east) at the top. Keep left across the next platform as the path heads north, then go down the steps west to where you’ll find several cherry blossom trees.

The Flowstream Village vista is here, next to the waterfall. 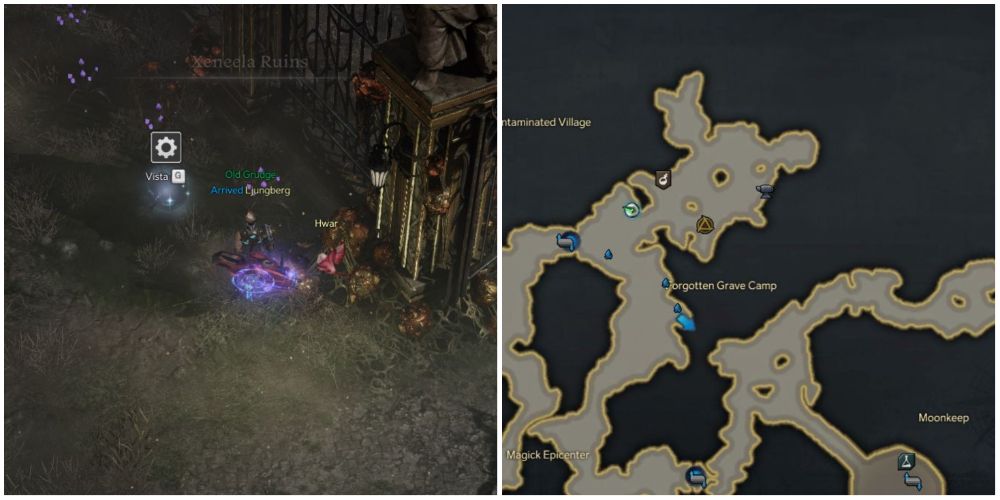 Travel to the Contaminated village Triport in the north of Xeneela Ruins. Leave the area by heading west through the metal gates.

Just outside the gates, on your right as you go through, you’ll find the Magic Epicenter Village vista location. Not the happiest site you’ll see, but grimly impressive all the same. 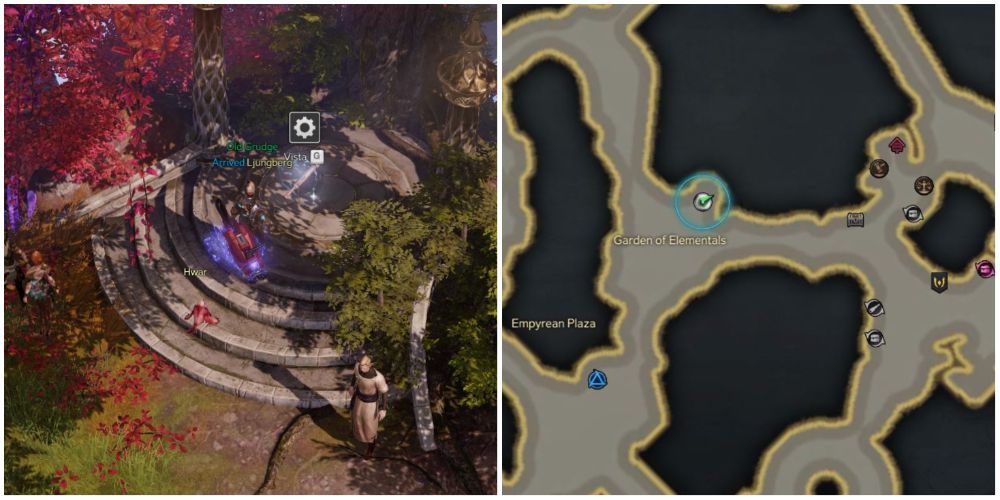 Starting out from the Empyrean Plaza Triport, head southeast down the stone steps, and then follow the path left past the Rohendel Portal Statue.

As you head north, you’ll pass some children playing in a stream as you enter the Garden of Elements — and just beyond them are a few stone steps leading up to the Panorama of Rothun vista point. 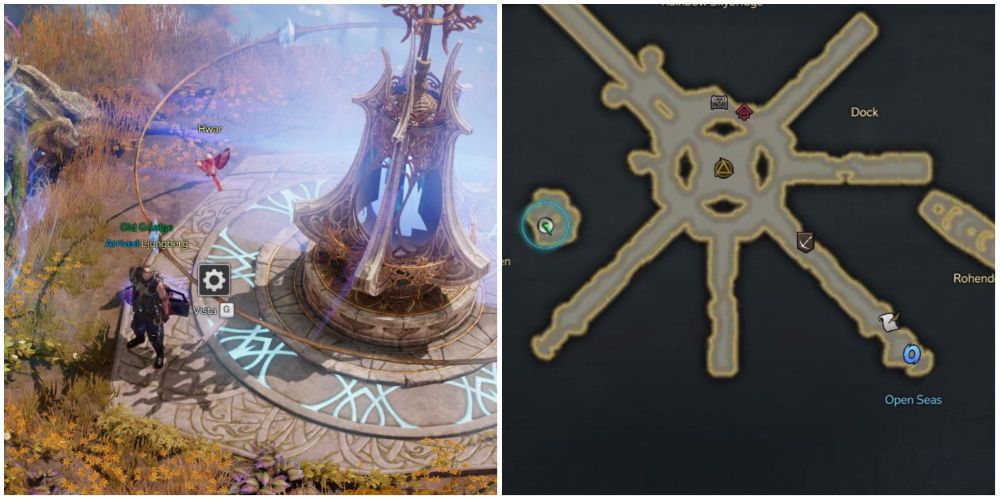 If you’re arriving from the Open Seas portal, head northwest to the Dock Triport (or portal directly there).

Head to the small nook on the west of the circular stone platform you’re on and go through the blue portal there. You’ll appear on a small floating rock just to the west, where you’ll have a great view of the Rainbow Bridge vista. 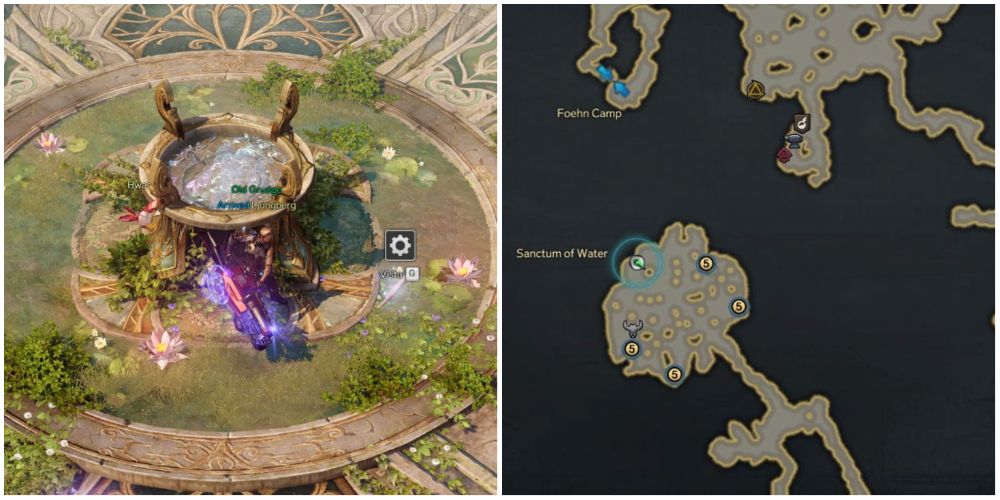 Work across the area north, looking for the path that leads uphill through several wooden archways heading north. Continue along this path as it starts to turn a little more northwest but still going uphill, finally entering the Sanctum of Water.

Go right across the centre northwest following the path, until you get to the central water feature, which is where you’ll find the vista. Be careful here, as you’ll constantly be attacked by mobs as you try to view it. 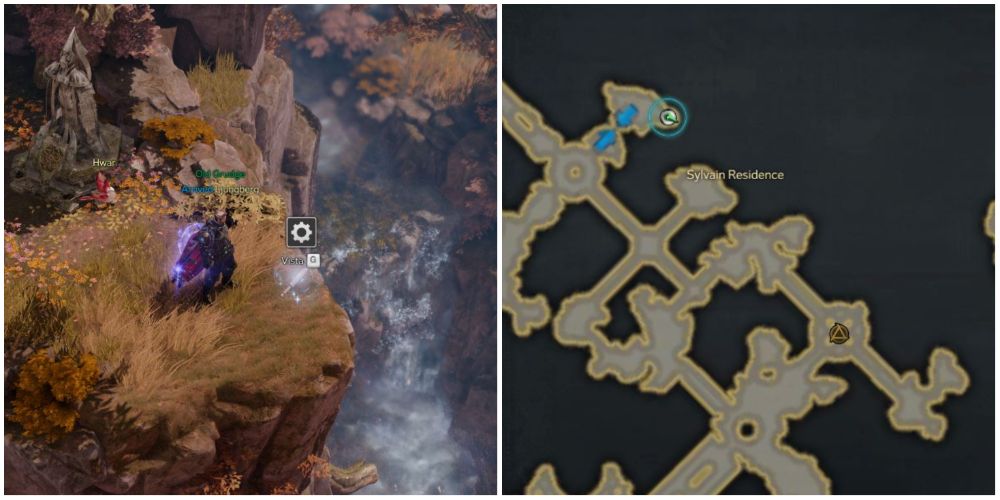 Go to the Sylvain Settlement Triport and leave along the path that heads northwest. Turn left through the water elemental experimentation area to a junction where three paths meet.

Go up the long steps that head northwest, continuing in the same direction at the next platform. You should now be on a large circular stone platform.

Head over to its northeast side and jump up the cliff to the farm at the top. Turn right and walk over to the cliff edge, where you’ll be able to look out over the Sylvain Residence vista. 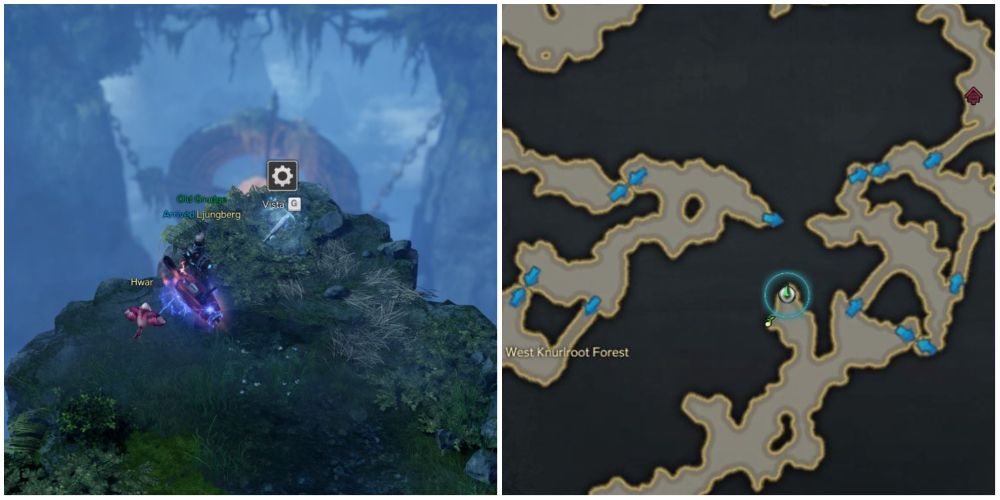 Start out at the Shadowed Earth Triport or enter the area from Rothun. Either way, follow the long path northeast as it winds its way up through Shadowed Earth.

After you’ve gone about halfway up this long area, keep to the left. Ignore the first nook on the left you pass, but enter the second north-facing dead end.

If you pass Divine Tree Guardian Theodore as you go, you’re in the right place. And if you get to the slide down point, you’ve gone too far.

Keep walking past Theodore to the cliff’s edge, where you can enjoy a rare moment of peace on this map and take in the Valley and Waterfall vista.