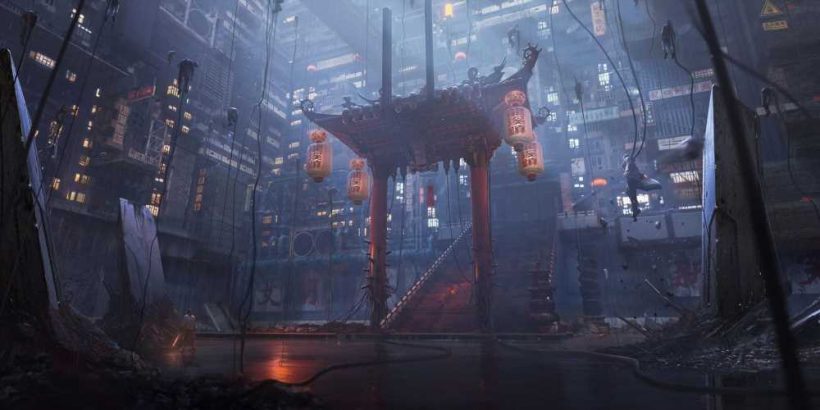 Time loop games had a moment in 2021, to varying levels of success. Overboard, The Forgotten City, Deathloop, Loop Hero, Lemnis Gate, Kraken Academy, Outer Wilds – Echoes of the Eye, and, unfortunately, 12 Minutes, were all released last year, demonstrating that the time loop mechanic can fit into a wide range of experiences and genres. The first time loop game of 2022 is Loopmancer, a side scrolling, roguelike platformer that plays like Dead Cells and presents like a B-movie sci-fi murder mystery. While that premise will check a lot of boxes for some, it’s definitely worth trying the Steam demo first, just so you know what you’re getting yourself into. Loopmancer has a lot going for it in terms of combat and setting, but the presentation is pretty rough around the edge, to put it lightly.

Loopmancer actually capitalizes on two big trends in gaming: time loops and cyberpunk. Set in the dystopian Dragon City in the year 2046, Loopmancer follows private detective Xiang Zixu on an investigation to find a missing journalist. That investigation is immediately interrupted by a gang of cybernetically enhanced gangsters who you’ll need to slice, shoot, and blast your way through with an arsenal of weapons and bionic abilities, as you double jump and grapple your way through randomly generated levels.

Combat is a lot more punishing in Loopmancer than your typical side-scrolling roguelike. Though it looks like a cross between Shadow Complex and Dead Cells, Loopmancer feels closer to something like Ninja Gaiden in terms of difficulty. You’ll typically need to take on groups of enemies in groups of three or more, and their telegraphing is hard to spot and often impossible to react to. I play a lot of action platformers like this, and I struggled to even get to the first boss. By the time I finished the demo, my hands were cramping and my eyes were blurry. Loopmancer is demanding, but once you learn how to manage your opponents by poking with short combos, dodging, dropping traps, knocking them back with abilities, and firing your guns at them when they’re at range, combat starts to flow and become pretty satisfying.

I’m not critical of the difficulty – though as I’ve gotten older I’ve found less time and appreciation for games I have to break myself over – but I do have to draw attention to some of Loopmancer’s less-polished presentation. Graphically, Loopmancer looks great. The neon-soaked world has plenty of cyberpunk charm, and the high-contrast lighting and semi-dynamic camera give fights a highly cinematic feeling. Exploring the semi-random levels on each re-birth never got old because the game is a treat to look at. Unfortunately, the same can’t be said for the cutscenes, which are laughably bad. Most of them are on par with something you’d see in a low-budget PS3 game, not just visually, but with regards to the writing and performances too. The opening cutscene in particular gives a sour impression for the actual quality of the game, and I almost didn’t even give Loopmancer a chance because of it. This is just a demo, so I’ll reserve judgment until the full game comes out later this year, but emphasis on story and cutscenes may end up being to Loopmancer’s detriment.

Roguelikes are all time loop games, in a sense, but here the loops are a core part of Loopmancer’s story and gameplay. As the story unfolds, you’ll be able to skip parts of the investigation you’ve already completed and make different choices based on the information you have. These elements couldn’t really be demonstrated in the short demo, but you do get to see how the dialogue options change in the opening scene. It would be somewhat impressive if we hadn’t seen this trick done so frequently (and better) in recent games, and there are only so many variations before the dialogue loops back around to the beginning, which can make you feel self-conscious for progressing slower than expected.

The Loopmancer demo is available on Steam right now, while the full release is planned for later this year. If the vibe is right, and you don’t mind being smacked down over and over while you learn the ropes, Loopmancer is a promising – if punishing – action roguelike.