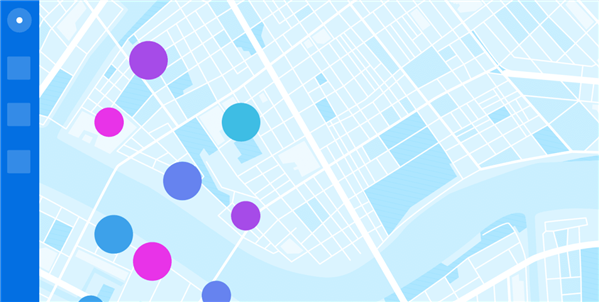 Whether you’re seeking the best location for your next brick-and-mortar store, optimizing warehouse transport routes to cut fuel and maintenance costs, or looking to improve your geomarketing campaigns to incorporate real-world consumer behavior, location and spatial data can play a big role in helping you make better-informed decisions.

This is something that Carto has been setting out to help with since its inception nearly a decade ago, serving organizations with location intelligence spanning data ingestion, enrichment, analysis, and visualization to better understand not only where things happen, but why. Today, Carto is used by mega corporations such as Mastercard, Coca-Cola, and Vodafone to unlock big data insights.

To help it double down on its cloud data integrations and expand its product further across verticals such as retail, telecoms, and logistics, Carto today announced it has raised $61 million in a series C round of funding.

Founded out of Madrid, Spain, in 2012, Carto was developed initially as an open source product within a company called Vizzuality, before spinning out as a standalone company called CartoDB and later rebranding as Carto.

At its core, Carto is all about creating maps and visualizations out of disparate data points. Developers, data scientists, and analysts can connect their various data sources, including data warehouses and business intelligence (BI) tools, and enrich it with myriad public and proprietary premium datasets from Carto’s spatial data catalog spanning categories such as road traffic, human mobility, financial, housing, and points-of-interest. Then, they can conduct spatial analysis using Carto’s self-service Carto Builder, which can help teams create maps in minutes, or Cartoframes, which is a Python package that data scientists can use to integrate Carto into their existing workflows.

However, being able to visualize location data is only part of Carto’s promise here — it also wants to help businesses understand their data. With Carto, users can build dashboards and apps that answer key stakeholder questions — for example, they can mesh data around credit card transactions, mobility, traffic, demographics, and points-of-interest to show residential real estate researchers where they should be looking for their next building venture. 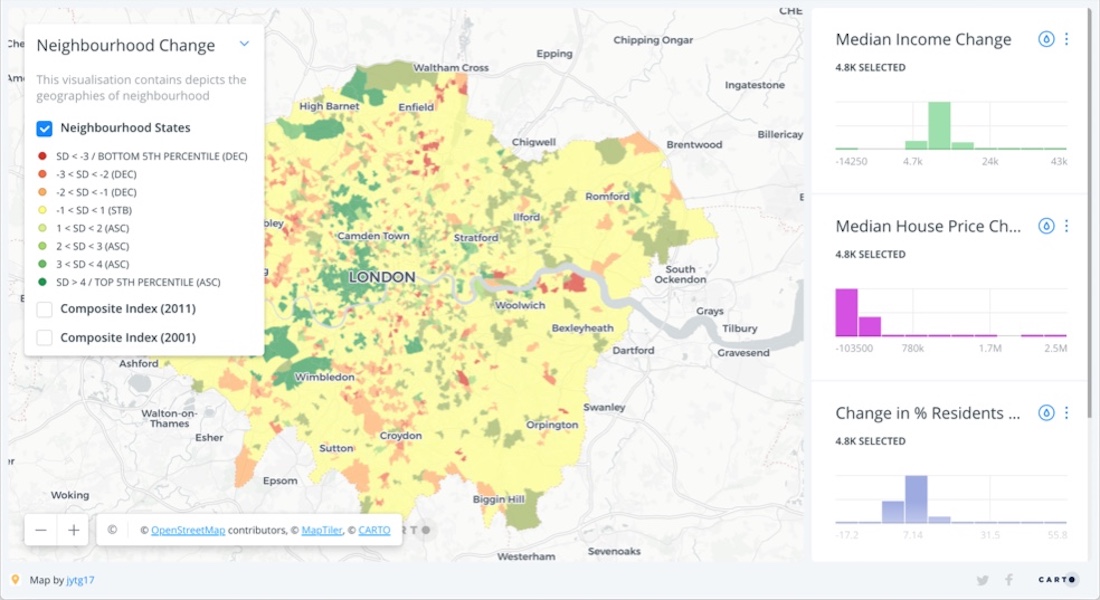 Carto had raised some $31 million before now, including its previous $23 million series B round back in 2015 when it moved its official headquarters to New York. The company’s latest series C round of funding was led by Insight Partners, and included participation from Salesforce Ventures, Accel, the European Investment Fund, Hearst Ventures, Earlybird, and Kibo.

One of the biggest changes that Carto has had to contend with since 2015 has been how its customers’ data strategies have evolved. Back then, Carto required its users to move their data into Carto’s own database to conduct analysis — but with the modern data warehouse revolution in full swing, Carto has had to adapt.

“Most of our customers host all their data in one of the major data warehouse platforms — BigQuery on Google Cloud, Redshift on AWS, Snowflake, and Delta Lake from Databricks,” Carto CEO Luis Sanz told VentureBeat. “So we have rebuilt Carto to run on top of these data warehouses instead of using our own spatial database as we did before.”

This transition has heralded major benefits for companies, as it means they can tap into all the scalability proffered by powerful cloud computing platforms. Moreover, it also means they don’t have to move their data from where it currently resides, which is not only more efficient in terms of time and resources, but it also bolsters their privacy and security credentials — data is not passed to third-parties.

It’s worth noting that Carto has also evolved from a developer-focused platform to one where anyone in a company — from data scientists to analysts — can conduct spatial analysis on their datasets, using an extension of SQL known as spatial SQL that includes support for additional data types.

“We make spatial analysis easy for any data team, because we have built a comprehensive platform to facilitate the analysis no matter their level of technical sophistication,” Sanz explained. “It can be done using spatial SQL instead of having to learn a proprietary method — spatial SQL is an extension of SQL, the lingua franca of analytics.”

Carto also still offers an older version of its software under an open source license, which anyone can use to self-manage Carto through their own infrastructure. While Carto does still maintain that project, the company doesn’t actively develop any new features for it, instead focusing the bulk of its resources on its core SaaS product.

“In the last couple of years, we rebuilt the platform from scratch to make it cloud native, so companies can still use the old open source version, or they can use our (closed source) cloud native platform,” Sanz said.