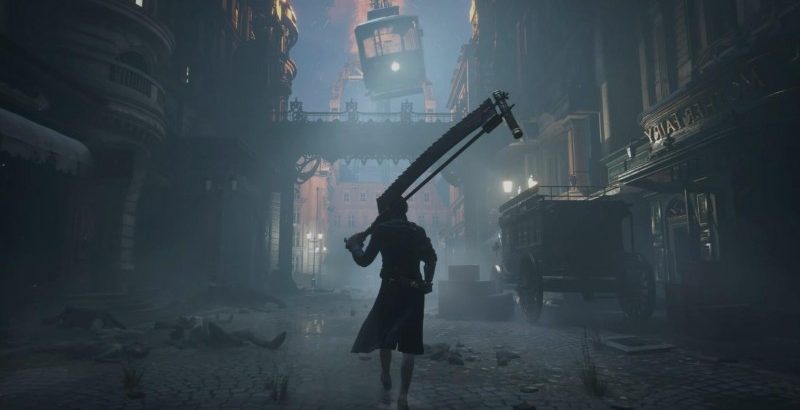 I still haven’t gotten around to playing any games in the soulsborne franchise(s); not even the acclaimed, flashy samurai take on the formula, Sekiro: Shadows Die Twice. However, Hidetaka Miyazaki’s Bloodborne often sticks out to me the most. The Victorian architecture, gothic time period, and nightmare-inducing monster design are fascinating but haunting. Even a character as bubbly as Pinocchio couldn’t change Bloodborne’s moody atmosphere, and this couldn’t be any more evident in Lies of P, a soulslike with some serious visual inspirations from Bloodborne that chronicles the journey of a vicious, sword-wielding Pinocchio.

No, I’m not making this up! Just take a peek at the gameplay teaser below.

Round8 Studio, a South Korean developer, announced Lies of P earlier this year. Today’s alpha footage gives us a better idea of what we’re in for when the game drops. There are eroded cobblestone paths, abandoned apartments/stagecoaches, and withering trees swaying in perpetual darkness. Lies of P’s world is shrouded in mystery and horror. Grotesque creatures stumble down shadowy alleyways and feast on garbage as well as human remains.

Suddenly, a deep, gravelly voice – likely Geppetto – utters,  “wake up, son” and Pinocchio gets to work, first sharpening a blade with his high-density wood forearm, and then cutting undead combatants down to size. There even seems to be some magic abilities and grappling hook attacks in Pinocchio’s kit too. Don’t be fooled though. The central narrative and its protagonist may be inspired by a children’s story, but Lies of P is as bloody as the soulslikes that inspired it. Sadly, a mechanic that lengthens Pinnochio’s nose remains to be seen, but we’ll keep an eye out for it in future trailers.

Lies of P doesn’t have a release date, but you can add it to your wishlist on Steam right now. In the meantime, check out this Everything We Know About Elden Ring piece.

What do you think of this unexpected combination? I think the game looks pretty solid. Do you agree?