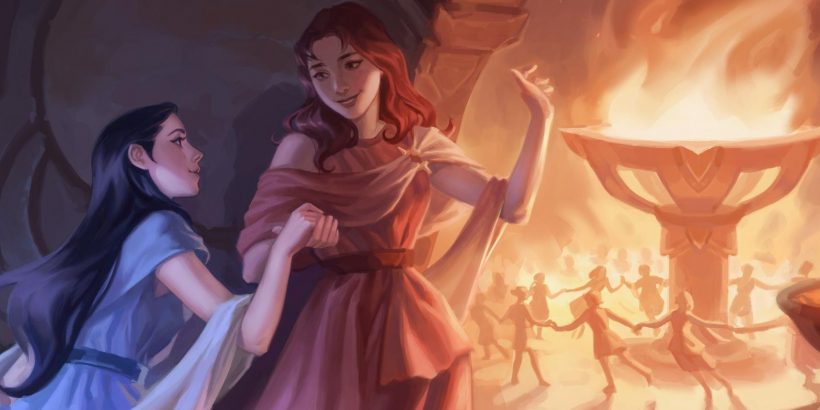 Fans have long speculated what’s going on between League of Legends’ Leona and Diana, but Riot has finally confirmed that the two were (still are?) dating. In a new story celebrating Pride Month, Riot detailed how The Sun and The Moon fell in love.

If you’re a League of Legends player, chance are you’re familiar with both Diana and Leona already – as they’re two of Riot’s older champions. League of Legends has undergone a series of lore reboots, but the stories for the duo have long hinted that something may be going on there. As far as we know, Diana slaughtered some of the Solari’s elders after becoming The Moon Aspect, and Leona (The Sun’s Aspect) is determined to retrieve her.

So what, exactly is going on between the two? In Riot’s new story, Rise With Me by Dana Luery Shaw, we’re told a touching tale of the two young warriors trying to navigate as they learn how to fight, understanding sacred texts, etc. It’s essentially League of Legends fancy temple high school, and Diana and Leona are drawn to each other through the story. Leona is beloved, while Diana is a bit of an outcast.

Eventually, they’re drawn to one another and they attend a festival together. We see the story play out through a series of diary entries, growing more passionate as they begin to fall for each other. There’s eventually a cute smooch, and Riot finally confirms that the tank and assassin are canon. Given the state of the story, it’s hard to understand what’s going on between them in the present time, but we at least know before their falling out after becoming Aspects, Diana and Leona were a thing.

June is Pride Month, and Riot doesn’t have the only game showing up to celebrate. If you’re itching to play a queer love story in the spirit of Pride, Dontnod Entertainment is giving Tell Me Why away to keep forever, and the deal lasts all month long. Knockout City also has a ton of Pride charms it’s giving away. And on a more personal note, I’ve explained how Dead by Daylight’s Pride event provided me some comfort as a queer woman.