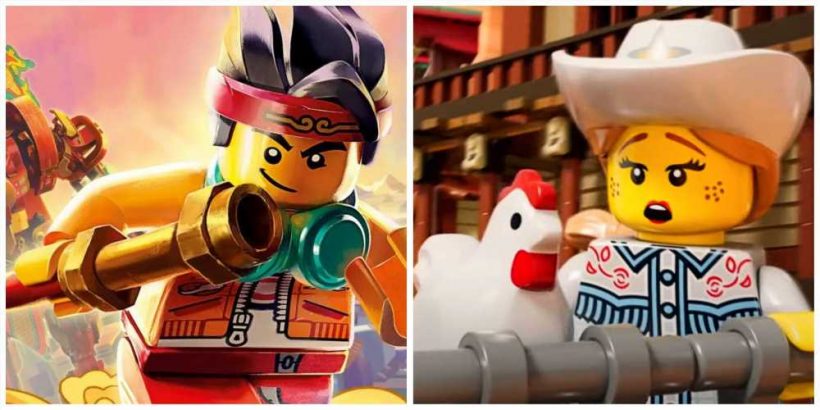 It's no secret that platforming fighters and beat 'em-up brawlers, in general, are among some of the most popular in multiplayer gaming. Thanks to their ever-evolving innovations and ludicrously addictive competitive modes, households all over the world have been able to clock in and brawl for months, years, and even decades. And Lego Brawls, being just one of the links in the chain, is an absolute essential for both gamers and brick-loving builders alike.

Like any fighting game, learning the basics isn't all that difficult. A couple of rounds in the ring will see you grasping all the right tools to carve a route to develop and prosper. But what else should you know about Lego Games' blocky brawler? 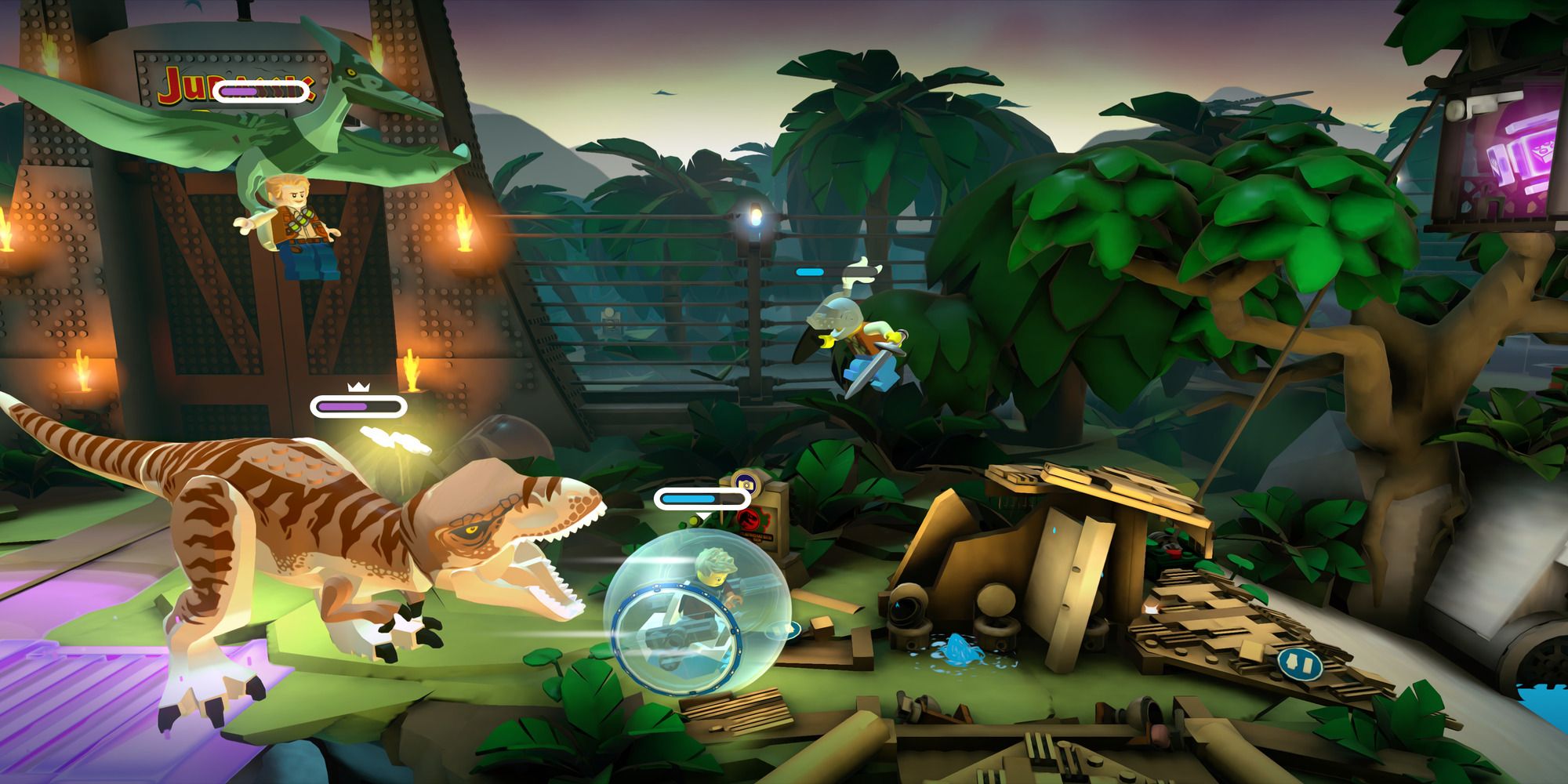 Lego Brawls is broken up into four competitive modes, which can either be played online through multiplayer, or offline with several bots. These are Free-for-Brawl, Battle Royale, Collect Mode, and Control Point, and they will give you an idea of the world Lego Brawls revolves around and will help you find your niche when learning the basics. But what is the purpose of these modes, and how can you beat them? 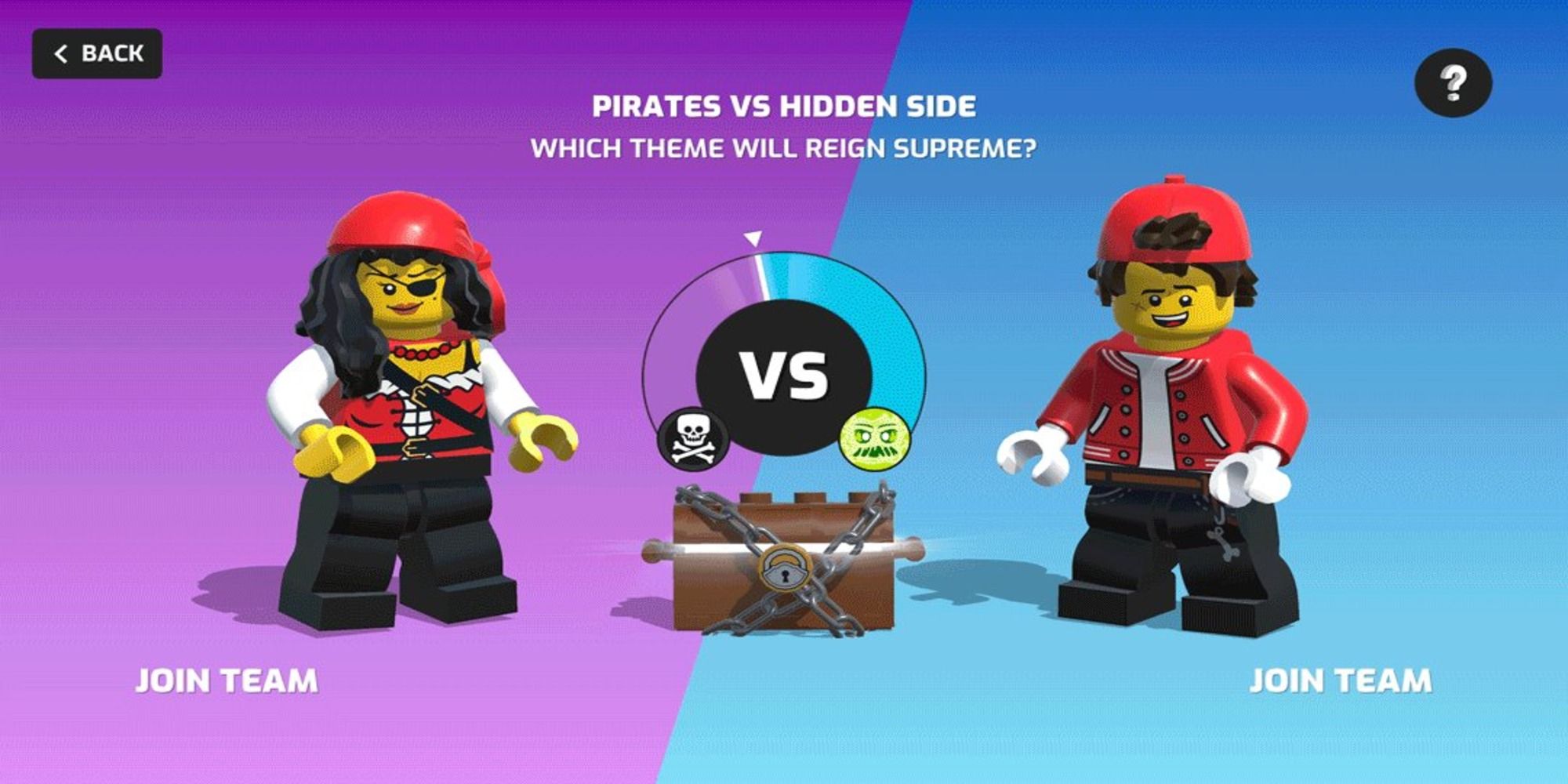 Lego Brawls' stages are divided into Themes, which players decide upon at the beginning of each round. These themed zones come preloaded with their own modes, objectives, and win conditions. Knowing the themed stages and their usable tools and props can give you a serious leg up in the competition, therefore it's worth spending some time spooling through each zone, if not to win, then to get a feel for the layouts.

There are 10 Themes to wrap your head around in Lego Brawls: Ninjago, Monkie Kid, Jurassic World, Pirate, Western, Vidiyo, Hidden Side, Space, Castle, and Alien Conquest. Each of these Themes comes with special props and items that you can use to your advantage in specific modes. For example, Jurassic World allows you to control a T-Rex, and Vidiyo lets you use a customized saxophone that puts enemy players to sleep. By fishing out these special props and learning their core functions, you'll be able to employ them in your arsenal in future battles. 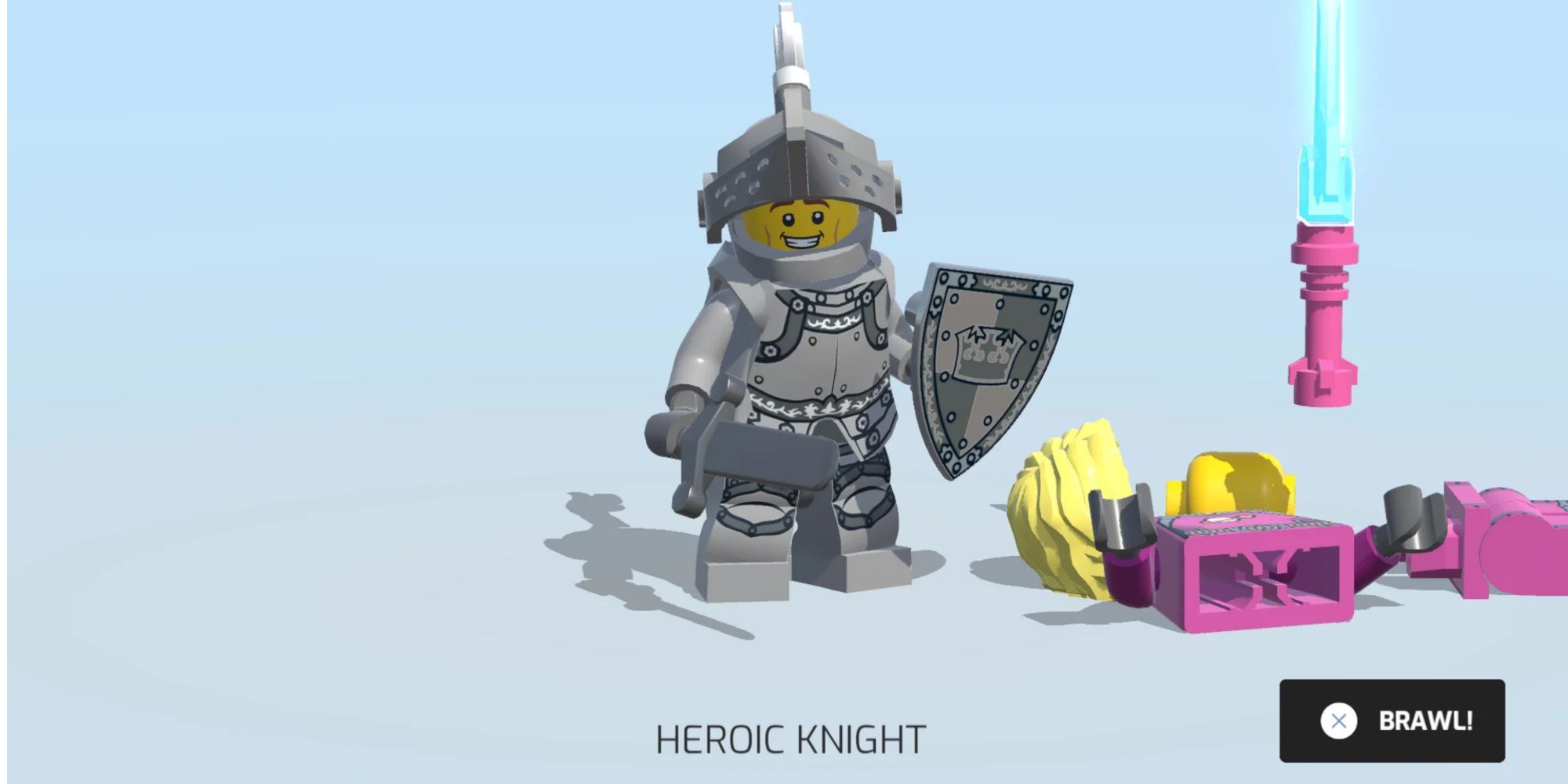 Lego Brawls isn't exactly short on customizable elements, which means there are also plenty of cosmetics to unlock and toy around with. Although you don't technically need to max out your custom minifig character with all the bells and whistles to get an advantage in battle, there are still plenty of reasons to soak up all there is to offer in the customization suite.

From power-ups to facial features, weapons to armor, Lego Brawls offers you a full suite to do with as you please. So, before diving head first into all the Champions that can also be unlocked, be sure to summon your own custom minifig that can represent you out on the field. It's simple fun, and yet hands down one of the best parts about Lego Brawls. 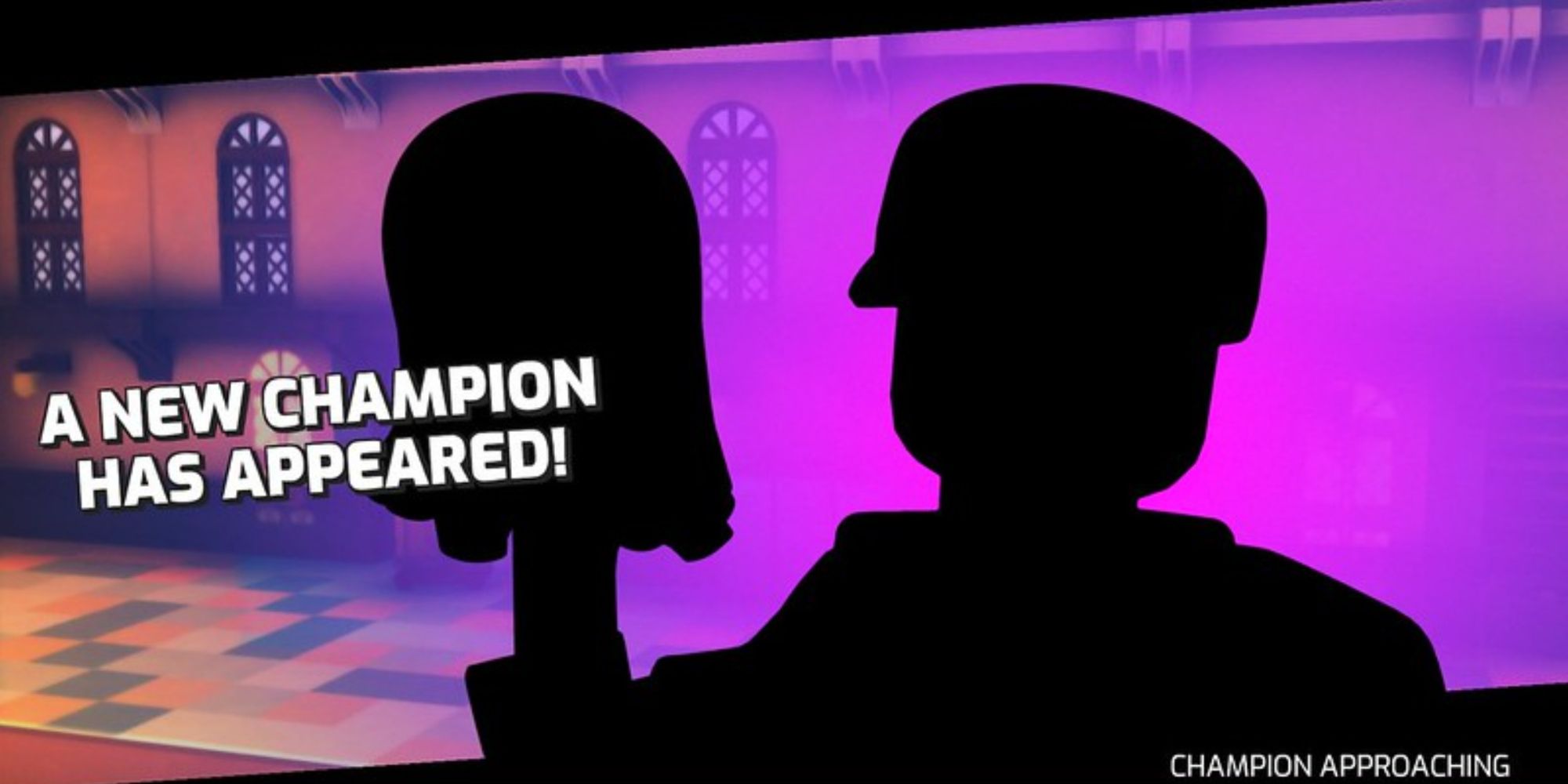 Lego Brawls hosts an impressive roster of 248 Champions, which can be unlocked individually by fighting in 1v1 battles. These special battles will be presented to you on random occasions and will ask that you beat the respective Champion in order to unlock them for your custom roster. By dominating the board and claiming the match, you will be able to play as that particular Champion in future battles.

There's a catch, though, and it does mean having to take an additional step in order to truly "unlock" the chosen Champion. While you will be able to use the abilities when playing as the Champion, you will not be able to apply them to your custom characters until you have maxed out their three ability bars. To do this, simply win a series of brawls in any of the game modes until you've gathered enough experience. Once you have tallied up all three bars, you will have full access to the newfound abilities. You will want to do this for every Champion you unlock.

Typically, Champions will invite you to battle every five or six rounds in any of the four game modes. A short cinematic will play at the beginning of a Champion battle, giving you an idea of who it is you will be facing, and who it is you can unlock in the aftermath of beating them.

Go With The Flow 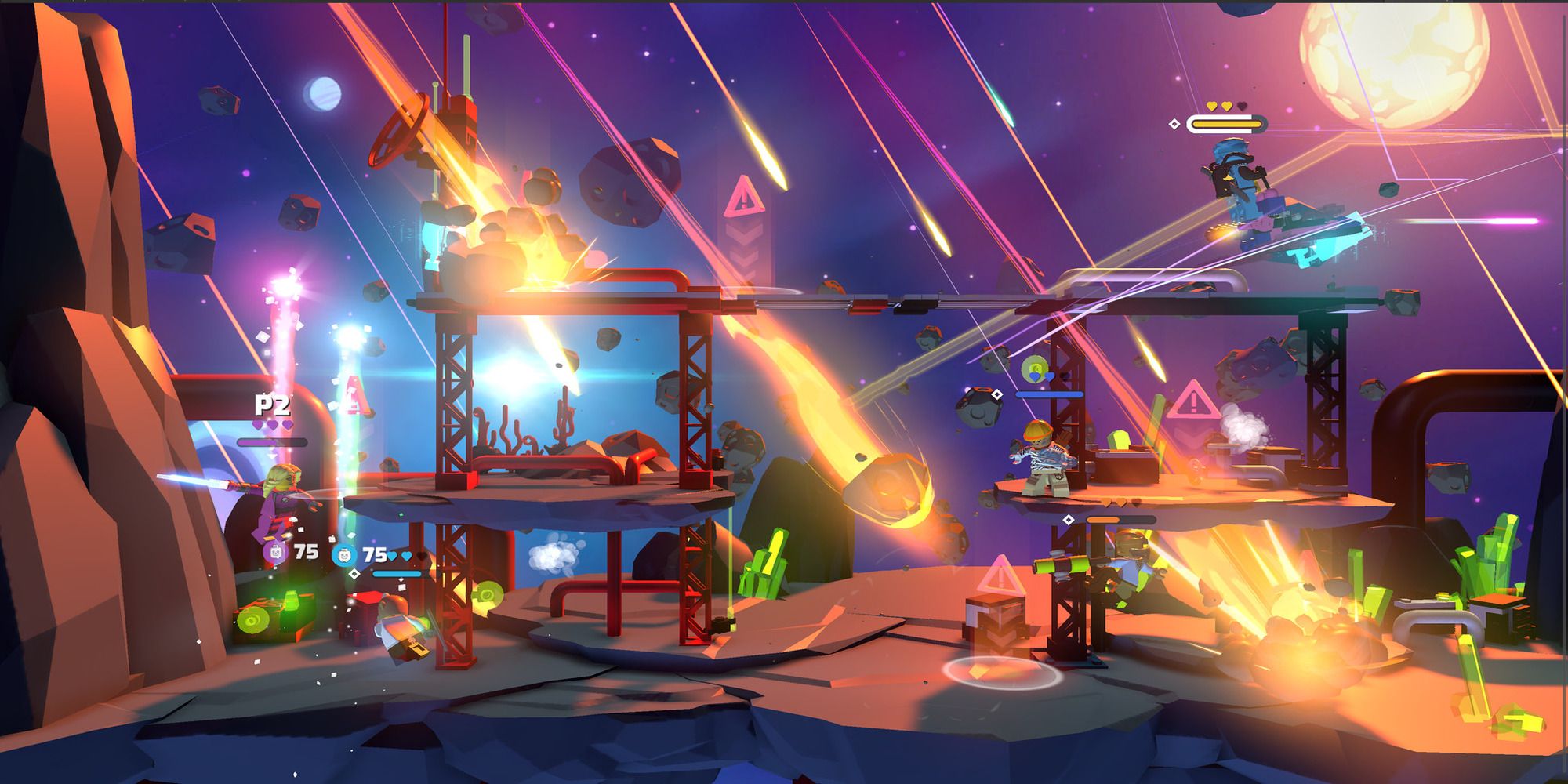 There's simply no covering up the fact that Lego Brawls is a bit on the chaotic side. In fact, it's so jam-packed full of mindless mayhem, that it's also pretty easy to get windswept and lose track of what it is you're supposed to be doing. Yes, there will be explosions, and yes, there will be an endless volley of bricks cascading through the air. The idea, though, is to take it all in your stride, and never let the madness of it all overwhelm you.

At its heart, Lego Brawls is a family-friendly brawler with an all-round accommodating player base. And, being a universally loved brand that houses millions of wholesome folk, it also means the game has a kind-hearted community that would much rather help your imagination run wild than sabotage it for the sake of gaining the upper hand on you. Therefore, you can rest assured that Lego Brawls will never be as competitive as some of its peers. It's chaotic in its own special way — but it is also inclusive enough to make you feel a part of the furniture nonetheless.