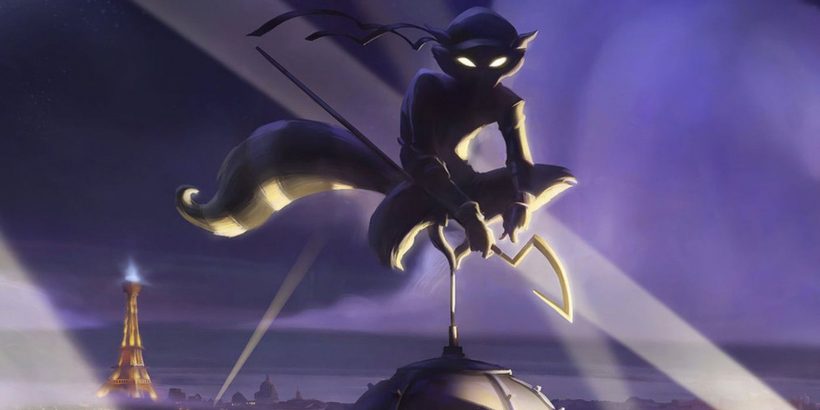 A leaked pitch presentation for Sly Cooper 4 reveals that it was originally called Sly Cooper: Thiefnet and had cooperative multiplayer elements.

The pitch was found by the Sly Cooper modding Discord and posted on the Sly Cooper Reddit. The presentation is a zip file that contains several videos and images that appear to be Sanzaru Games pitching the fourth entry to Sony. The pitch is very interesting in that it shows a very different Sly 4 to the one we ended up getting.

The first immediate difference is the title, “Thiefnet”. This name highlights the social focus that was pushed by Sanzaru, although there are also references in the text to it being called “Time Bandits” instead. The pitch also seems to be focused solely on the game coming to PS Vita, as all of the gameplay demonstrations show off PS Vita features, and text from the presentation focuses on handhelds. Some of these PS Vita features did carry over to the full game, but they’re much more ambitious here.

Another interesting element is the focus on multiplayer and social elements within the pitch. Not only does one of the videos show two characters running around an environment, but co-op specific DLC episodes for new characters were pitched. Time Bandits was also going to have a hideout building social mechanic that let you visit other players’ hideouts and try and steal loot from their custom-made hazard room. None of this appears in the final game, and the only multiplayer elements are minigames.

Although Feudal Japan seems to be the area that Sanzaru modelled to pitch, there are hints at other time periods that were to be included. Concept art in the presentation shows Dracula, Ancient Egypt, and what looks to be a large boat frozen in ice that could be the Titanic.

Some of the screenshots included within the presentation show a much earlier look at the watercolour graphic style. It’s still rather similar to the end product, although Sly looks much more like his PS2 model than the more detailed Thieves in Time variation. The model actually looks similar to when the game was debuted at E3 2011.