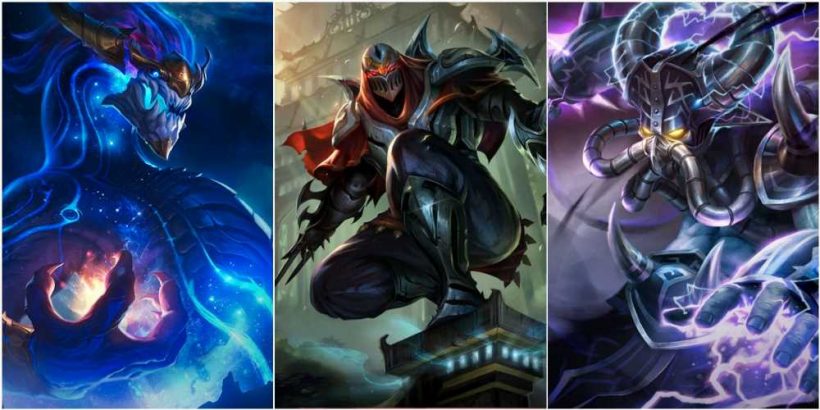 With the exception of early game Junglers, no position is as important or impactful upon a League of Legends game as that of the Mid Laner. The role has always had the potential to solo carry a match, and some of the most skilled professional players, including Faker, have called the Middle Lane their home.

While it can often be seen as daunting to newer players, as your mistakes rarely go unpunished, playing Mid Lane helps a player to improve like no other role can. This guide will explain the variety of champions available to you, how to improve your laning phase, successful build structures, and the fundamentals of playing to carry as a Mid Laner. 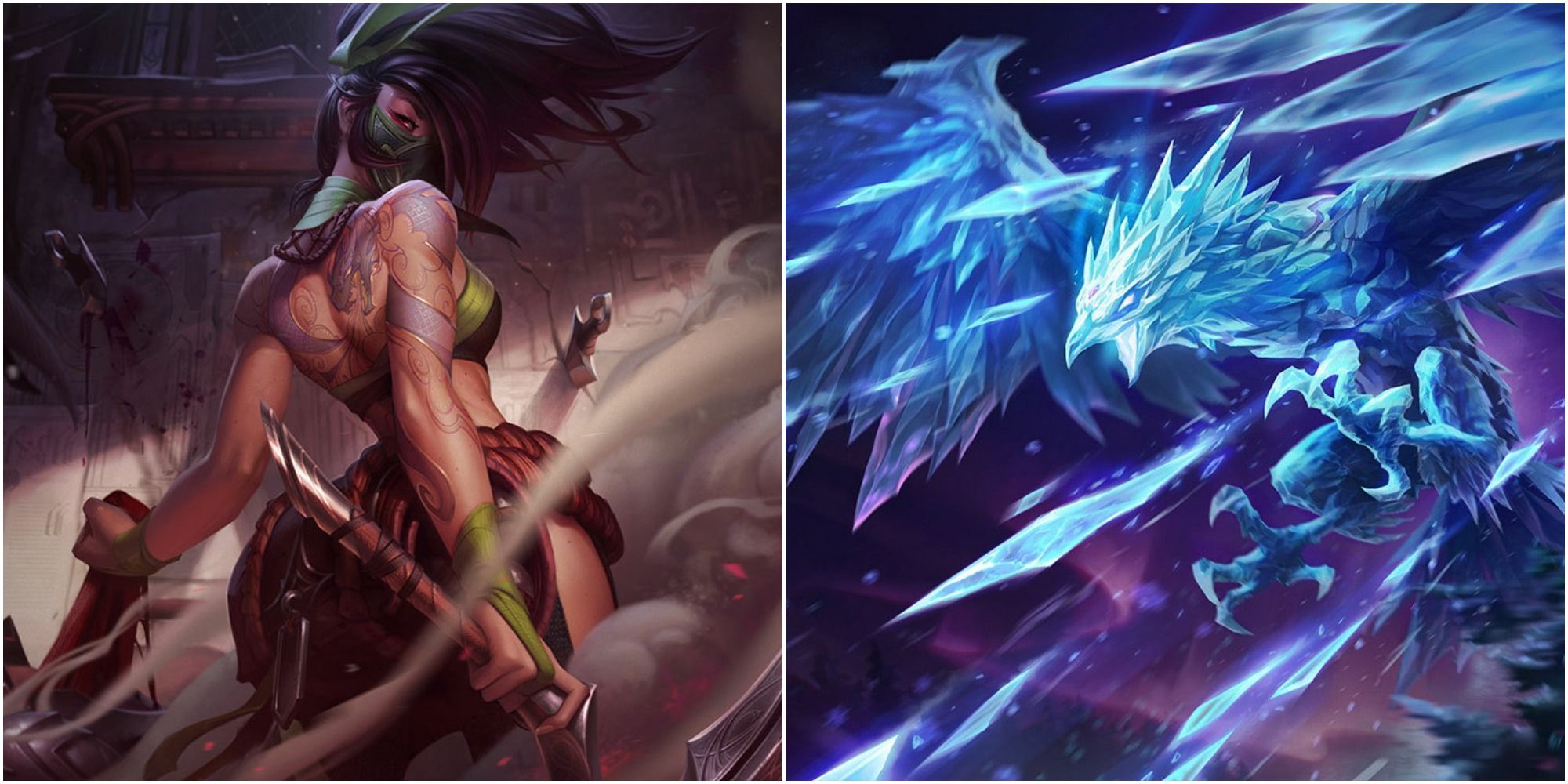 The main premise of choosing a Mid Lane champion is to pick something that performs well with a lot of gold and experience, as you will typically be one of the highest priority farmers on your team. Counter picking is also a very important factor, as a bad or unfamiliar matchup can set you severely behind. Categories of possible champion picks are as follows:

There is a such a healthy champion variety seen in the Mid Lane, that finding your perfect champion can often take a while. The many playstyles on offer leads to a diverse meta that can see even niche champions perform well. The one thing that unites 'nearly' all Mid Lane champions is that they are chosen to carry and utilise the resources you are given in order to lead your team to victory. 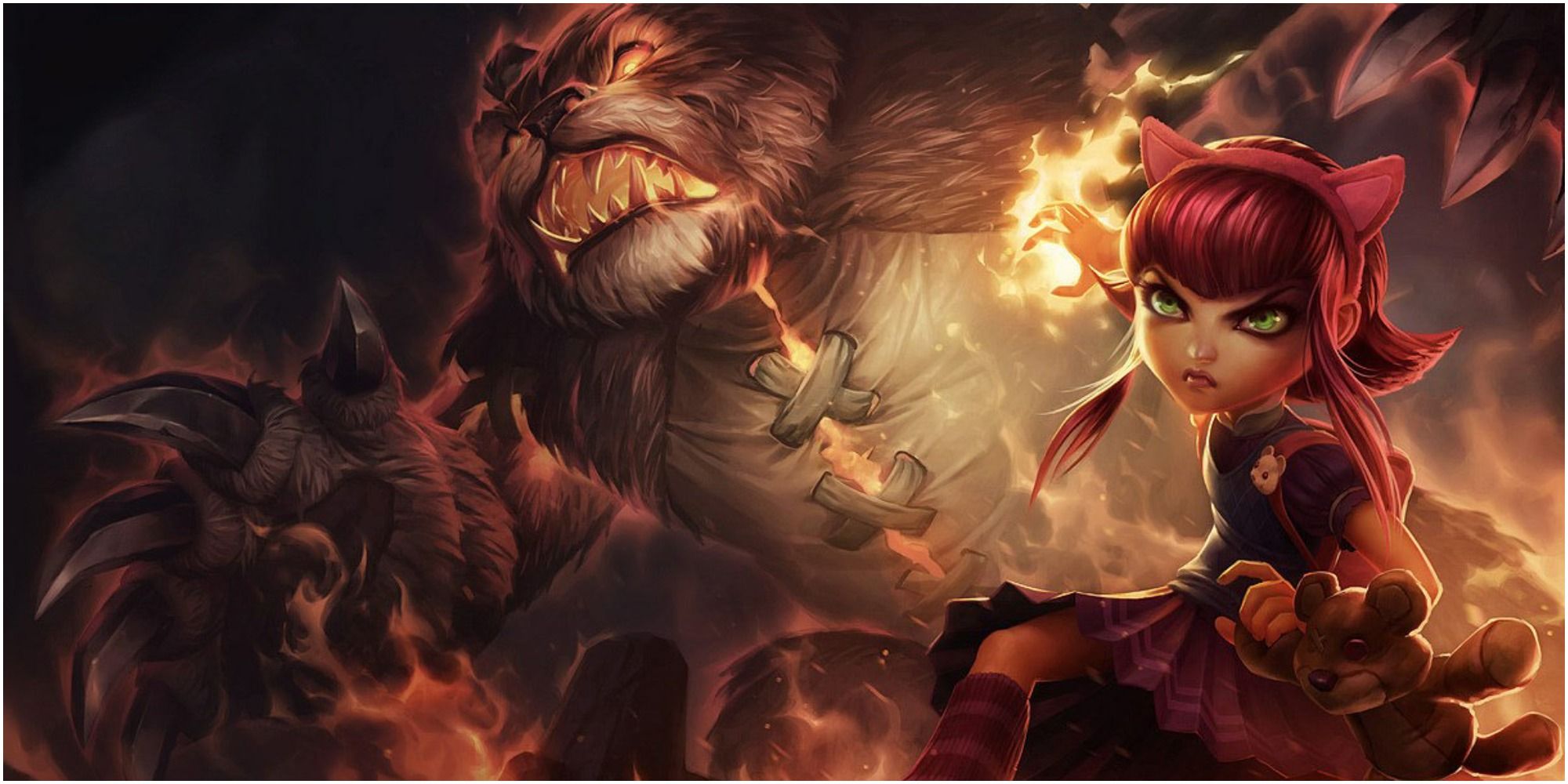 One of the most important things to learn when practicing Mid is champion matchups. There are far too many to cover here, but researching champion counters and win rates is extremely beneficial. The duelist nature of playing Mid Lane means that you and your opponent will be in close proximity to each other extremely often, and unlike playing ADC, there is no Support to cover for you if you make a mistake.

Knowing what performs well against your opponent can help greatly, and can allow you to build a lead with which to snowball. If you are playing a Ranged champion against a Melee one, you can punish them every time they attempt to last hit, and you should be able to take an early Health lead, preventing them from playing aggressively.

Despite the intense nature of the one versus one, Mid Lane is the place most likely to receive a gank, as the multiple entry points provide Junglers with a variety of ways to engage. Overextending is typically the number one cause of death, as it can be difficult to ward both sides of the lane. You should try to be aware of how both Junglers will prefer to gank, whether it be over a wall, jumping from a bush, or simply running at you.

Placing a ward in one of the side bushes and then playing closer to that edge of the lane can be a good option, as it covers your vision weakness of the opposing side. Being aware that both Junglers will typically be crossing over your lane often throughout the early game is essential, as you do not want to keep pushing the wave and provide them with an easy gank.

When it comes to core principles, they are fairly simple:

Creep Score (CS) is a great way of passively winning your lane. Earning more gold than your opponent allows you to buy more items than them, and can grant you better trades and fights. Many Mid Lane players will play aggressively, as the carry champions they have selected are incentivised to build a lead via kills. You can use this to your advantage either by coordinating ganks with your Jungler, or frustrating their attempts to kill you by playing defensively. Of course, you should always not aim to play defensively, but many players will grow increasingly desperate to secure a kill, and by focusing on playing safe and farming well, you can capitalise on their mistakes.

When it comes to rotating for objectives, Mid is expected to provide the team with their aid. Rotating before the enemy is a great way of securing either vision or a positional advantage, as they will have to follow you towards whichever objective is being contested. Champions such as Twisted Fate excel at roaming and rotations, and can very quickly build a lead by securing kills in other lanes. Indeed, Assassins will often look to roam, as they benefit greatly from early kills, and calling SS (Stay Safe) via chat or Enemy Is Missing ping is important, to let your teammates know your enemy laner is missing.

It is important to be careful when rotating, as spending too much time away from lane, especially if you are unable to secure whichever objective you are focusing, can prove detrimental to your economy. If the enemy Mid refuses to rotate, and stays behind to farm, then the onus is on you to make sure your rotation is successful. Otherwise, you have simply given up gold and experience you could have been receiving, and can fall behind.

The combination of these two responsibilities make Mid Lane a highly-skilled role, and can be very difficult to learn. Knowing when to rotate is not an exact science, and team coordination and communication will go a long way in helping you learn to understand when it is best to stay or go.

There are a lot of advanced tips and tricks to know when it comes to Mid Lane, but one of the most important is your wave manipulation. Some basic principles to remember are:

There are many ways to play the lane, but as you build up items and levels, quickly clearing the wave becomes a very strong option, as it prevents the enemy team from sieging your tower. Once the outer Mid Tower falls, it will greatly open up the map, and you will want to delay this happening on your side for as long as possible 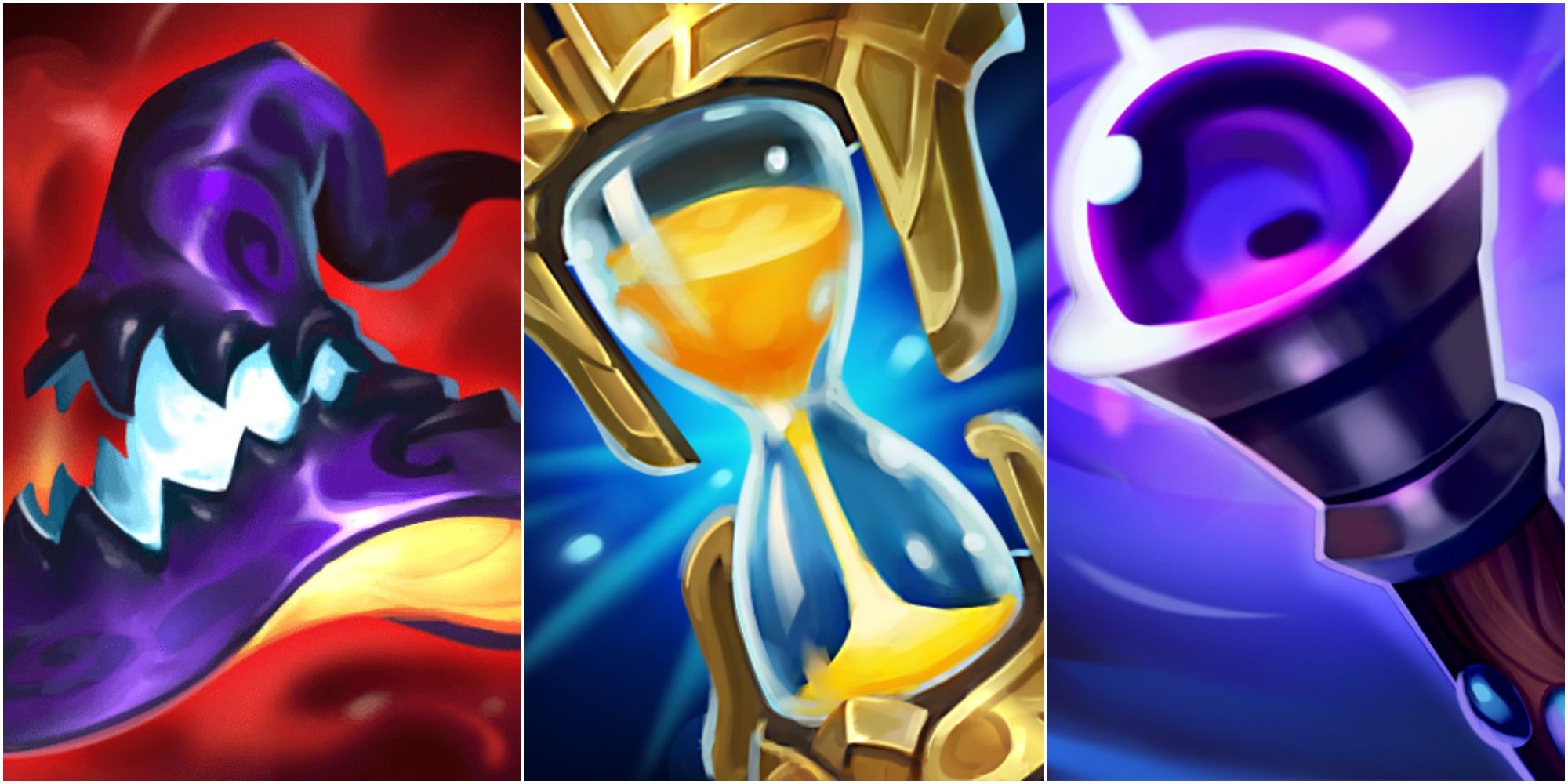 Similarly to ADC, the majority of Mid Lane champions itemise with the intent of increasing their own damage. The primary damage type of the item will vary, but predominantly will be either Ability Power or Attack Damage. Certain champions possess both an AP and AD scaling on their abilities, and so are able to utilise a mixture of stats.

Owing to the stacking nature of AP or AD, players on the opposite team may try to counter you by itemising into either Armour or Magic Resist. These will directly reduce the amount of damage you are able to deal to them with the corresponding stat, and can severely limit your output if you are not aware of it.

To be able to counter defensive stat stacking, Armour Penetration and Magic Penetration exist. These stats allow you to ignore a portion of the targets defensive stat, and allow you retain the majority of your build's damage output despite their best efforts.

Whilst champions will always have preferred item pathways, being flexible with your build is of vital importance. The value of Penetration will directly correlate with how much Resistance the enemy is building, and seeing what Damage type the enemy team is running can allow you to build some targeted defenses yourself.

Certain items such as Crown of the Shattered Queen will lose effectiveness against poke compositions, and Liandry's Torment will aid you if the enemies build Max Health items. There are many more examples of specific items in LoL that can significantly affect your chances of winning a game, and you should try and learn when it is worth to build a situational item. There is no one-size-fits-all build, and as long as you are not limiting your damage output, you can be flexible depending on the game situation. 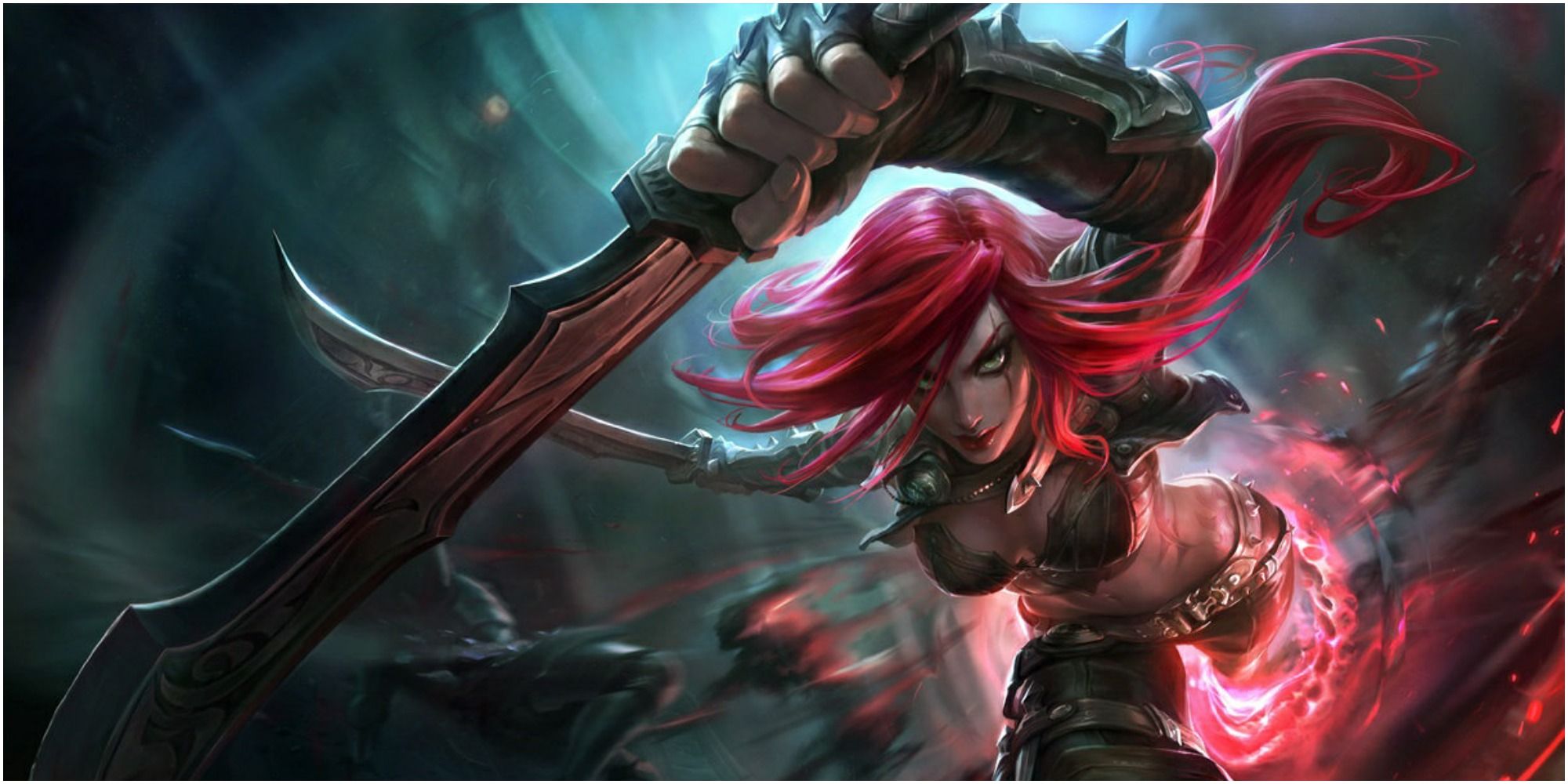 When playing Mid Lane, it is important to accept and (hopefully) enjoy the responsibility that comes with the role. Being one of the primary carries on your team means that are you are expected to deal large portion of the damage, and shying away from this expectancy can damage your team's chances of winning. Playing either too passively or overly aggressive is not good either, as you should have been proportioned a large amount of your team's resources, and so will normally be worth a lot of gold to the enemy team.

Your optimal playstyle is going to vary depending on what champion you are playing, but there are some basic principles that can aid you in effectively piloting similar archetypes.

While there are many variables to consider when recommending a specific carry playstyle, always remember that you should be doing something with the resources you are given. Whether you are one-shotting the enemies, clearing waves in a Tower defense, or split pushing to draw enemy attention, the Mid Lane provides you will a variety of champion and playstyle options that no other lane can match.