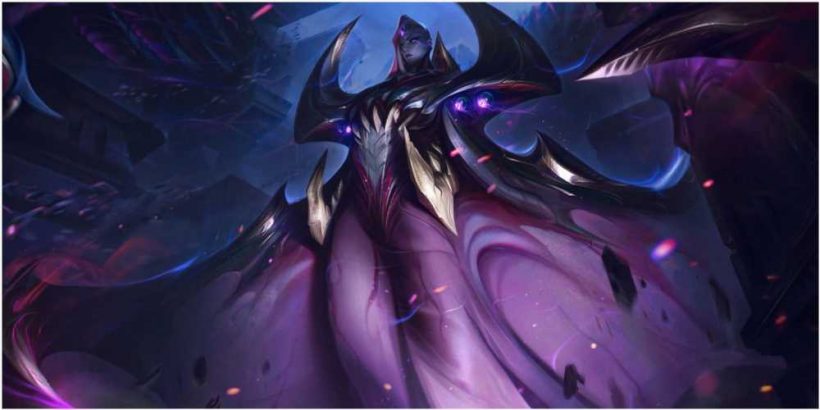 Bel'Veth, The Empress of the Void, enters League Of Legends as one of the most intimidating champions ever seen. A relentless attack speed Jungler, if she can get ahead, Bel'Veth can easily snowball out of control with her extremely high damage output. However, she can be prone to being crowd controlled and will not be without her weaknesses on the Rift.

This guide will teach you about Bel'Veth's abilities, her recommended playstyle throughout the game, as well as the best runes, summoner spells, and item builds to effectively carry your games. 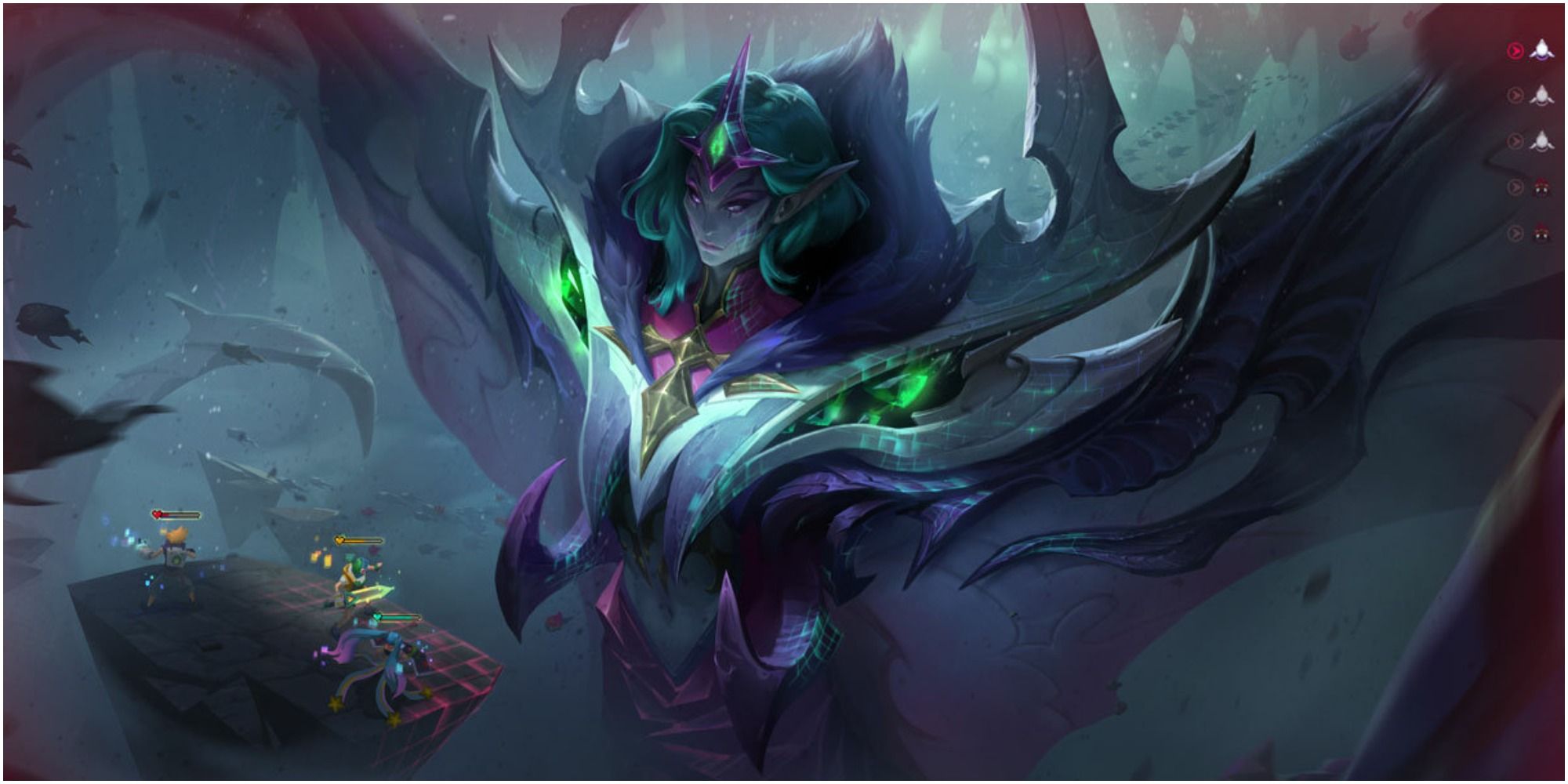 Maxing Q is essential as it will be your most used ability, and you should max W last as its primary use is only for crowd control, which does not scale with level. 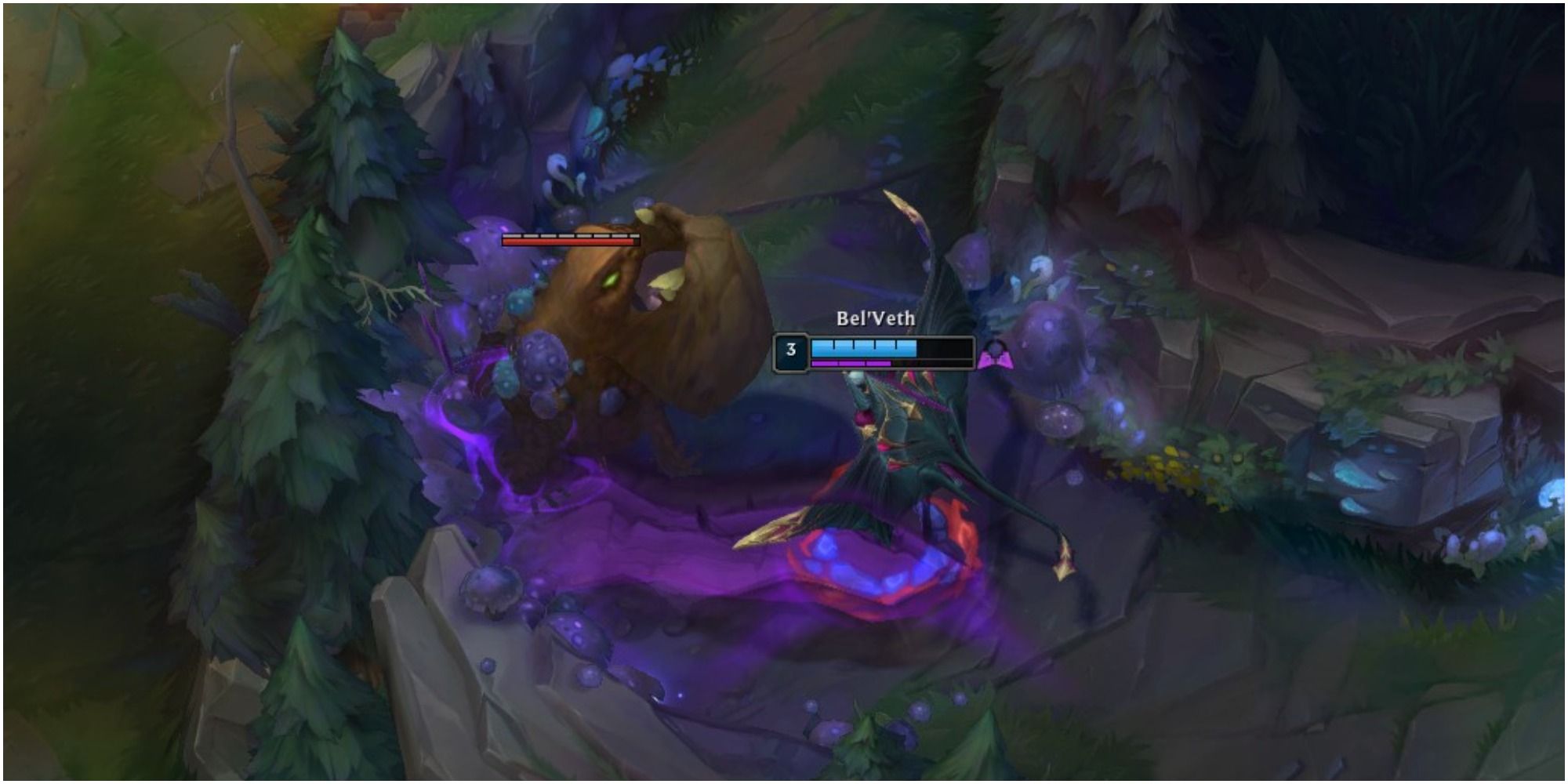 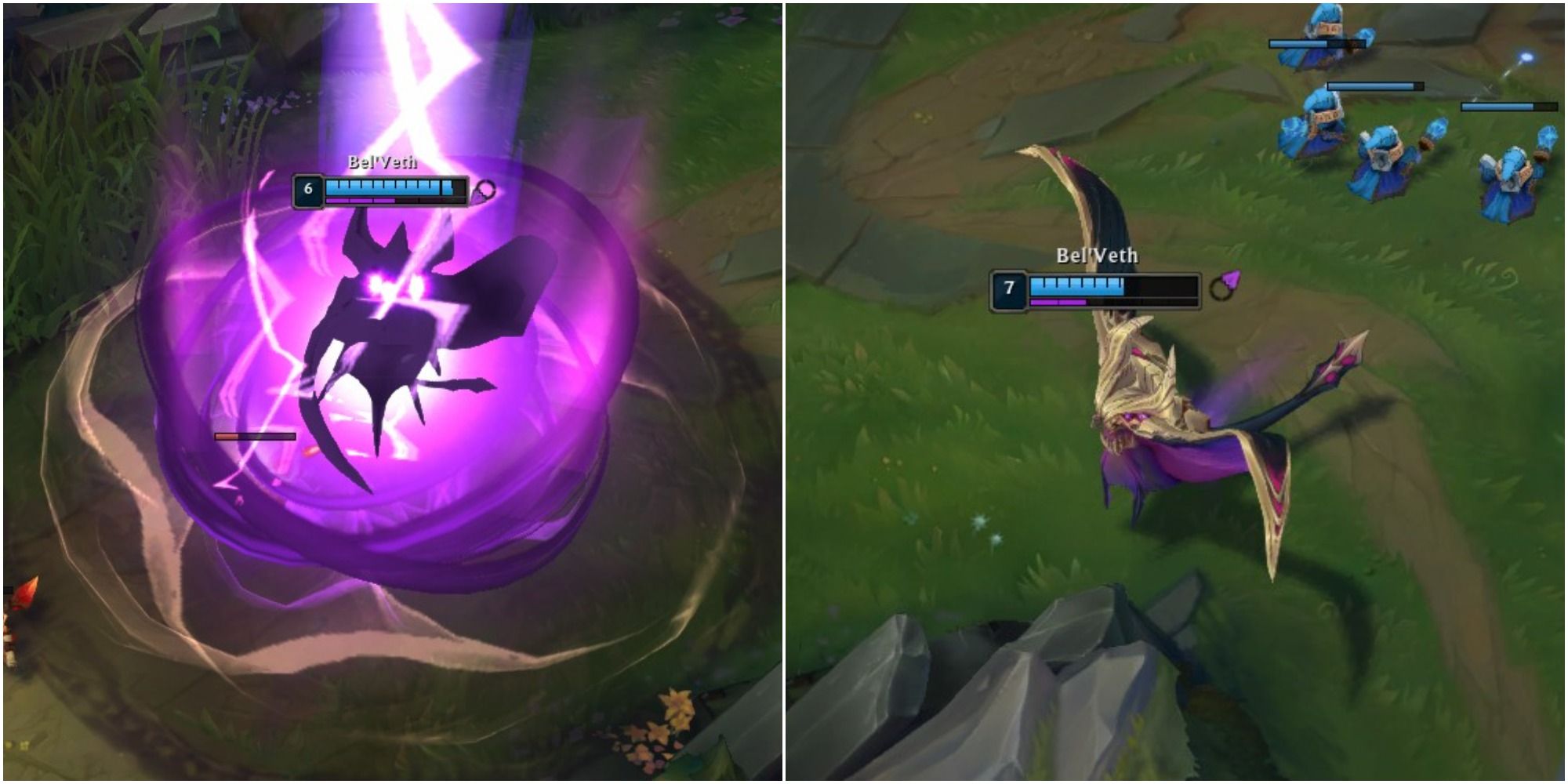 As an Assassin Jungler, Bel'Veth will not be given a lane and will have to rely on farming Jungle monsters to earn gold and experience. Starting at either Red or Blue buff with assistance from your bot lane will get you going, and from there you should focus on trying to farm your Jungle Camps as much as possible.

Thanks to your auto attack playstyle, Bel'Veth has a very high Jungle clear speed, which means you should be able to efficiently kill your side of the Jungle and look for early gank opportunities before your first back. When ganking, try to engage with Void Surge before landing your Above and Below to reset the directional cooldown. Laners with crowd control of their own have great synergy with Bel'Veth, as they can cover for her weakness.

Due to being fairly squishy, Bel'Veth is quite susceptible to being counter-jungled. You have decent damage in the early stages of the game, but your goal is to farm and scale up into a late-game monster, so strong early Junglers such as Shaco or Lee Sin may play aggressively towards you, to keep you from reaching your power spike.

Try to focus on contesting or being present for any early Dragon kills, as this will enable you to activate True Form, from where you can play more aggressively. Without this form, you are not particularly strong against other champions and can struggle to escape/close them down. 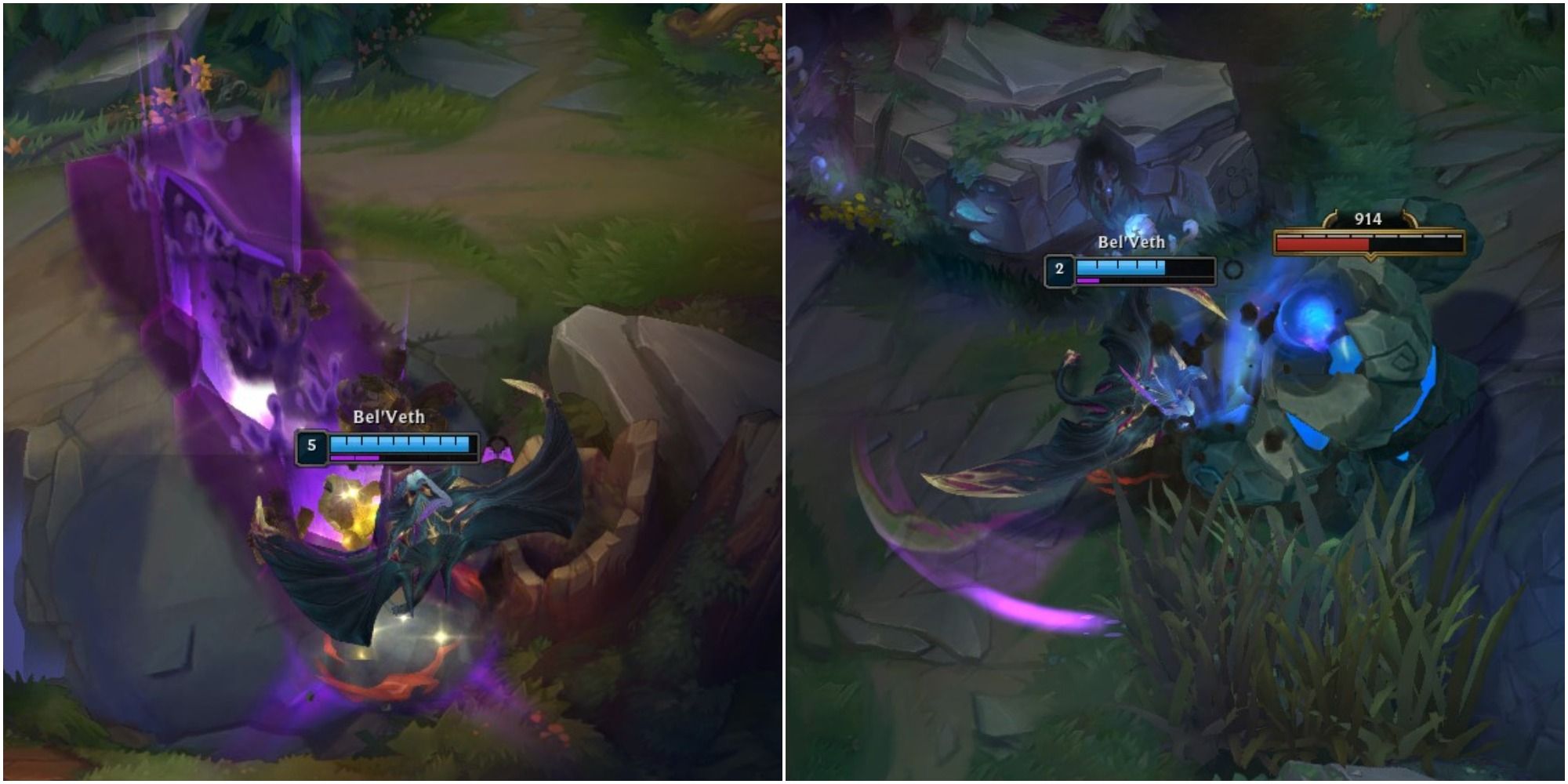 Entering the Mid Game you should have two to three core items, and this is where you can really start to power up. Picking up some kills in a teamfight or skirmish will help catapult you into overdrive, and you can begin running around the map looking for people farming in the side lanes.

In a skirmish try to focus the squishy enemy carries. Your high damage should be able to melt them, but be aware that you are also quite flimsy, so have Royal Maelstrom ready if you need to avoid some incoming damage. Same as in the early game, you may struggle to chase people down by yourself, so the support of a teammate can give you the opening you need to pile on the damage. Depending on how the game is going, you can start giving your buffs over to your laners, although Bel'Veth benefits greatly from Red Buff and if you are doing well you should continue to take it.

At this stage, Rift Herald is your primary objective, as it will grant you an Enhanced Void Coral, which is extremely important. Making plays without the use of your True Form is much riskier, and you really need to focus on having your ultimate active before coming into team fights. 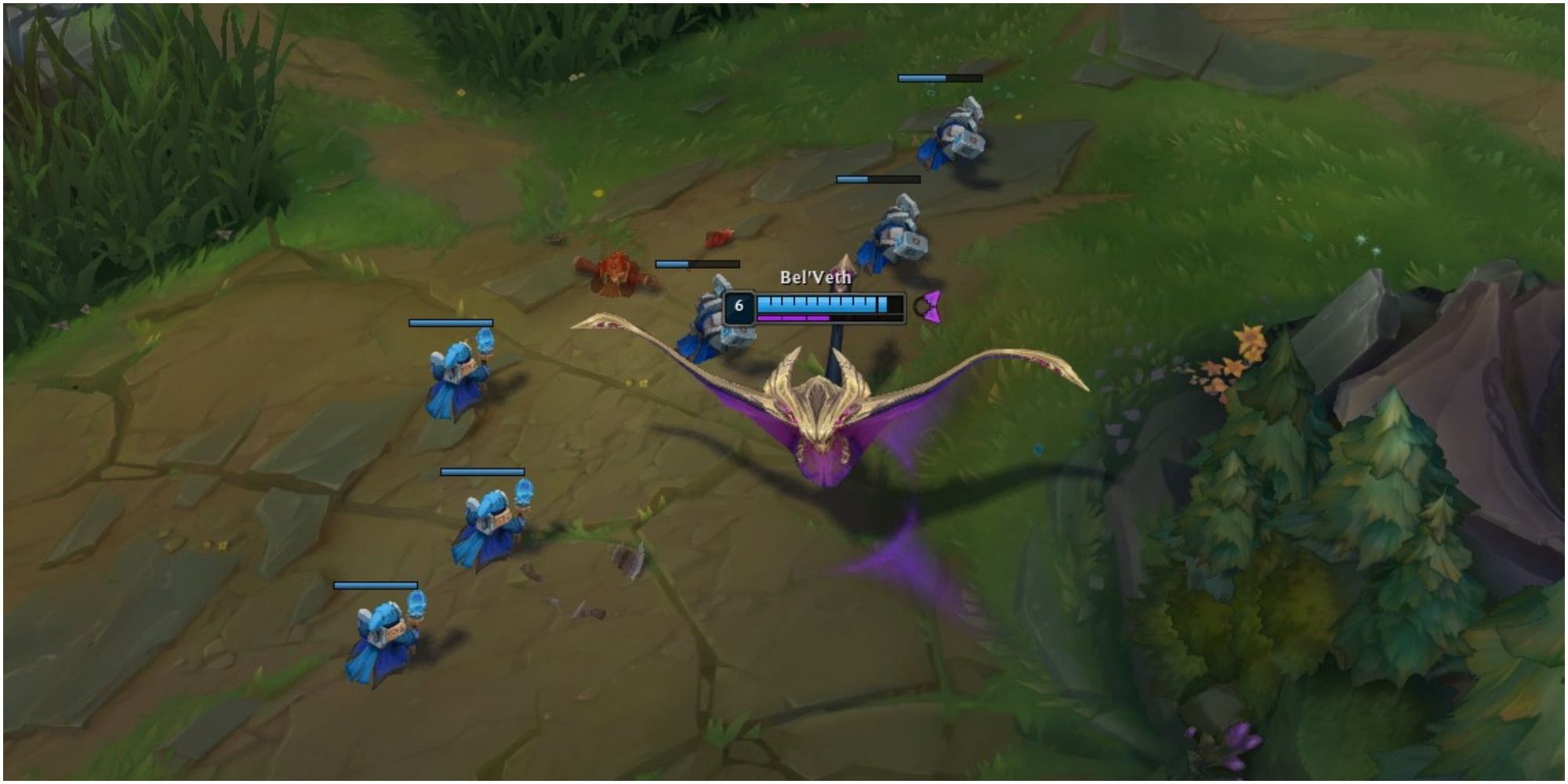 By this point, you should hopefully have acquired a decent amount of Lavender stacks, and combined with most of your items, your attack speed should be through the roof. You are now a very strong Assassin and the enemy carries will have to respect your dueling potential. If the enemy team tries to turtle, your Void Remora can help fast push a side lane, so if there is no play to be made, be aware of your split pushing potential.

Despite your ridiculous damage, you are still vulnerable. If you are getting blown up consider buying a Guardian Angel to help recover, otherwise play slightly safer, and wait for other players to engage before diving forwards. You have great tank shredding ability so feel free to slap anyone who gets in your way, and remember that you are an extra carry, your goal is to deal as much damage as possible!