We’ve known for a while the broad strokes of Beyond Light: Eramis has taken control of the Fallen on Europa, she wields Darkness powers, and Variks calls the Vanguard to stop her. What we didn’t know is just how Eramis wielded the Darkness and what happens to Variks after he puts out a distress call.

The latest story trailer to drop for Beyond Light shows us that Eramis isn’t exactly too kind to traitors, freezing Variks with her Stasis abilities. That’s something that can apparently be bestowed upon the Fallen using a strange glowing pyramid, suggesting that it was the Pyramid ships themselves that offered the Fallen their Stasis abilities.

By holding a shard of pure Darkness, a new type of Fallen enemy wields the same Stasis powers as the Guardians do. Perhaps that is also the source of the Guardians’ new abilities as well. 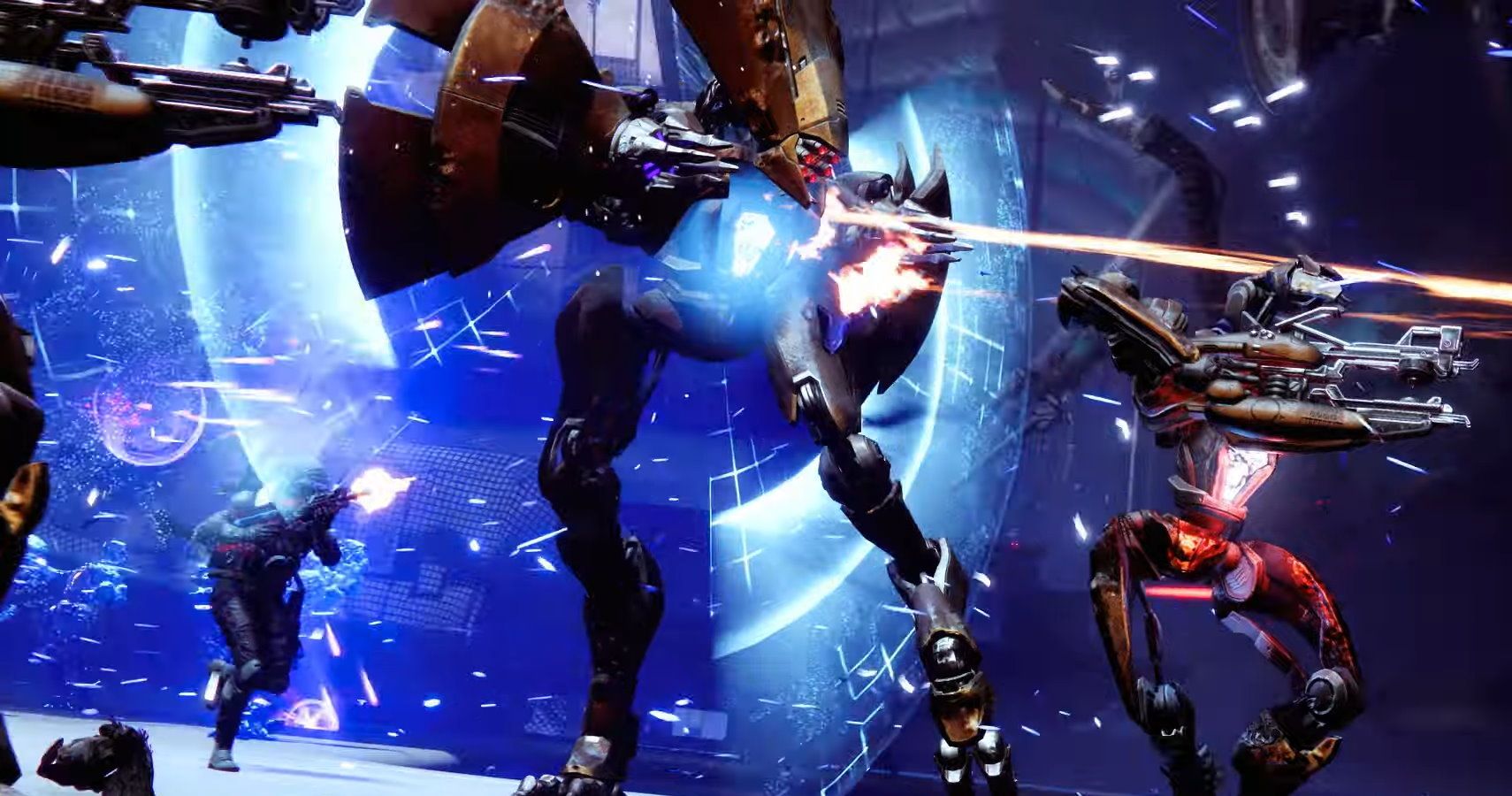 In addition to the new Stasis-wielding Fallen, the Vex are also on Europa with a few surprises of their own. A brief portion of the trailer shows what appears to be an overgrown Goblin with Minotaur legs, a likely new major-class enemy. In a previous trailer, this enemy seems to fire itself forward in a sort of kamikaze dash.

What the trailer doesn’t show is just what the Drifter, Eris, and The Stranger are doing on Europa. They could just be studying the Pyramid ships, or they might have a darker purpose for being on the Jovian moon.

In case you missed it, Beyond Light’s new Raid will arrive November 21 at 10 AM PST, along with all the pageantry of a new World First raid in Destiny 2. Things will be a little different this year to keep the competition fair. Artifact Power will be disabled, and Power levels will be capped at 1230 so that Guardians don’t level-grind themselves to death before the event itself.

Also, the winner won’t be announced right after the raid is officially completed. Bungie will take a few days to verify that nobody on the winning team was cheating first, and then announce the winner a few days later.