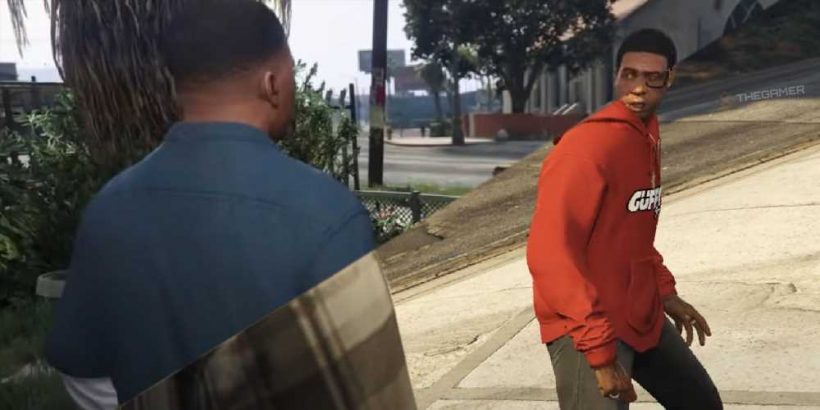 "Wassup, can a loc come up into your crib?" Any passing fan of GTA will know those words as the start of Lamar's roast-fest in GTA 5, a moment that became meme gold over the past few years. Eight years later he's back at it again, roasting Franklin once more in the new GTA Online expansion.

The scene where Lamar roasts Franklin is an early-game cutscene in GTA 5 that became meme material when the PC version of the game released, thanks to modders replacing the models of both Lamar and Franklin with other popular characters and changing what Franklin is being roasted for.

Not only has the cutscene been memed and modded to death, but it's also been recreated in live-action by the original voice actors for Franklin and Lamar, Shawn Fonteno and Slink Johnson. Although that would seem like the absolute height of the meme, Rockstar has seen fit to bring it back for the new GTA Online expansion, The Contract.

The Contract sees the return of Franklin and Lamar eight years after the original games' ending and features missions called "Short Trips" that let you play as either of the two in a semi-epilogue manner. In one Short Trip, "Fire It Up", Lamar and Franklin drive back to Lamar's new house, where Lamar asks the eternal question once more – "Wassup, can a loc come up in your crib?"

Franklin reacts in the exact same way he did in GTA 5, saying that he doesn't want Lamar to come in, although this time it's because his kids are in the house. Instead of making fun of Franklin's "yee-yee ass haircut", this time he claims that his kids love him more, that he needs harmony in his household and that his jacuzzi is a… you know what? Watch the cutscene for yourself because we're not going to say it here.