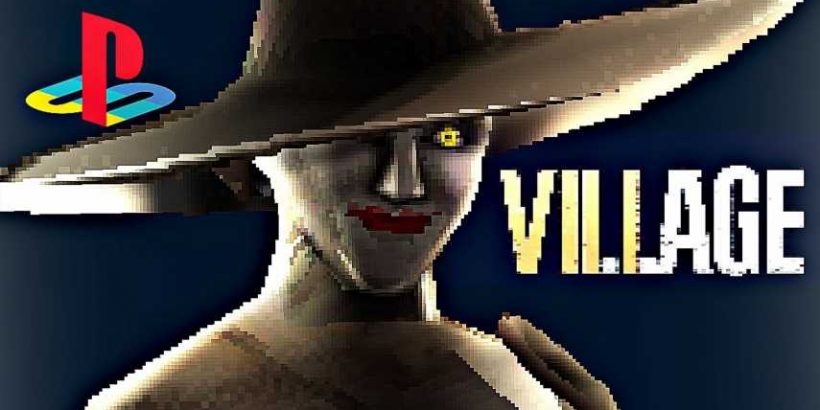 By now, it’s no secret that Lady Dimitrescu has captured the attention of the gaming community, and has inspired a fair amount of creativity along the way too. You’ve already had Resident Evil Village’s Castle Dimitrescu rebuilt in Media Molecule’s Dreams, and Lady Dimitrescu as Thomas the Tank Engine. Now, get yourself ready for a taste of everyone’s favorite vamp lady in ultra low definition, à la the PlayStation 1 era.

Known for creating a similar PlayStation 1-style “de-make” trailer for Kojima Productions’ Death Stranding, YouTube’s Hoolopee strikes again with a short trailer for the recently-released Resident Evil Village, boasting the classic PS1 aesthetic. Check it out below (and make sure you watch right until the end).

As you can see, the trailer isn’t quite a full 1-to-1 recreation of  any of the trailers we’ve seen of Village thus far, but that doesn’t mean it fails to pack a punch. Once you’re done laughing at Lady D in Low-Pixel-Count Mode (whilst also being a bit terrified by those stark yellow eyes), you can no doubt imagine the hype that Young You would have felt over this trailer if it aired back during the PS1 times.

Hoolepee seems to have a habit of making us wish we had things we can’t have; they also created a trailer for an imaginary VR version of the iconic horror title Silent Hill 2. While I personally have palpitations at the mere thought of running from Pyramid Head in VR, I would certainly be happy to watch someone else try it out. Any volunteers?

Resident Evil Village – which launched a few weeks ago – has thus far been quite a success, having already shipped over 3 million units worldwide. On the game’s first day after release, Village also already garnered a good 77,443 players, and has been labelled as the Resident Evil series’ best-performing game on PC.