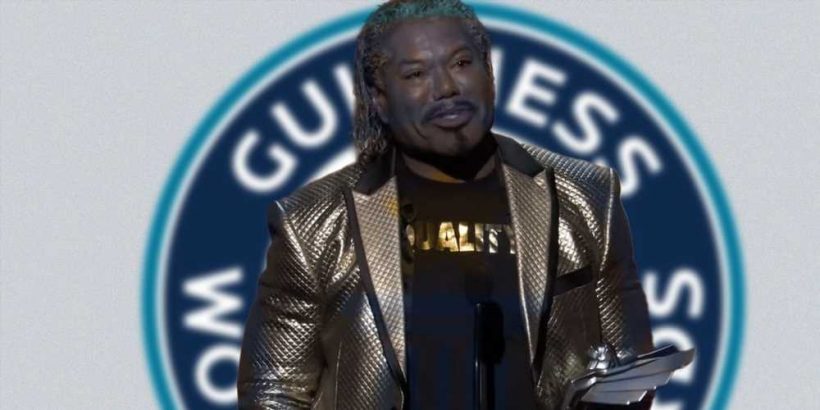 The Game Awards may be done and dusted, and while a child prankster stage invader may have stolen the post-show limelight away from Elden Ring, we can't forget about Christopher Judge giving the mother of all TGA acceptance speeches.

The actor went on The Game Awards stage to accept the award for Best Performance for his superlative rendition of Kratos in God of War Ragnarok. Picking up the trophy from screen legend Al Pacino, Judge would go on to stun audiences in the theater and those watching the stream with an extended speech. In fact his speech could be pushing it towards World Record status.

In a not very serious tweet from The Game Awards' official Twitter page, the game industry's annual event made a comparison between Christopher Judge's speech and one delivered by an actress at the 1942 Oscars. While The Game Awards might consider itself the Oscars of the games industry, the tweet itself might be rather tongue in cheek.

As noted by the account, the longest acceptance speech ever recorded at the Oscars was delivered by English actress Greer Garson who won for Best Actress at the 15th Academy Awards in 1942. Going on for over five minutes, her extended speech prompted the Oscars to introduce a time limit for speeches with the awards show playing music to cut people off if they start to go on for too long.

While Judge's speech may not actually enter the Guinness Book of World Records, the man amusingly responded to an earlier tweet from The Game Awards account which confirmed that his was the longest in the event's history. "Thank you @geoffkeighley !" Judge tweeted. "I'd like to thank…"

While Judge's speech was pretty long, commentors did note that it has nothing over wrestler Hillbilly Jim's speech when he was inducted into the WWE Hall of Fame in 2018, which went on for more than three times longer than Judge's one. Now that's a rambling man!