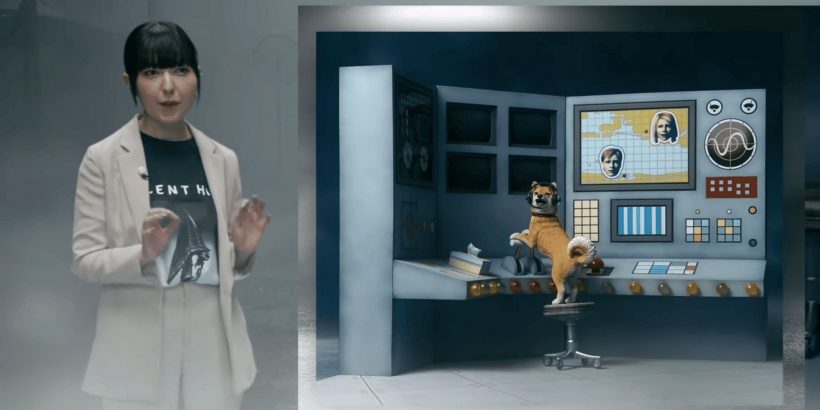 Of all of Silent Hill 2's multiple endings, perhaps the most beloved is the "Dog" ending. For those looking to go into the Silent Hill 2 remake blind, maybe skip this next bit, but really, we shouldn't have to provide spoiler warnings for a game that's over two decades old.

Anyway, the Dog ending is one of Silent Hill 2's joke endings. To unlock it, you need to have beaten the game once and unlocked either all three main endings (Leave, In Water, and Maria) or the Rebirth ending. On New Game Plus, there will be a Dog Key in a doghouse in an open lot across the exit pathway of Rosewater Park. Use that key to unlock a door at Lakeview Hotel revealing a Shiba Inu hard at work, apparently the source of all the terror and confusion James suffered in Silent Hill.

Surprisingly, the dog even has a name: Mira. And she seems oddly sympathetic to James after he barges into her control room and declares, "It was all your work!"

In addition to announcing Silent Hill 2 and several other Silent Hill games in development, Konami also revealed several new Silent Hill merch items, including a one-sixth coin bank statue of the Dog ending. I think that means it's also a piggy bank, but we'll have to wait for the product to arrive to learn more. It'll be sculpted by Shinya Yamaoka and painted by Katsushige Akeyama, and it'll be available in Japan sometime in 2023.

That statue isn't the only Mira merch announced. There's going to be a Mira plush, which is available for pre-order on the Konami store now, as well as a Mira pin. You'll also be able to eventually purchase four Silent Hill limited edition skateboards, and one-sixth statues of James, Maria, and Pyramid Head.

If you're planning on getting Silent Hill 2 on PC, be prepared. The minimum and recommended specs are already available on Steam, and they're pretty intense. You'll need an RTX 2080 just to play the game at 60 fps, and even the minimum hardware calls for a GTX 1080.