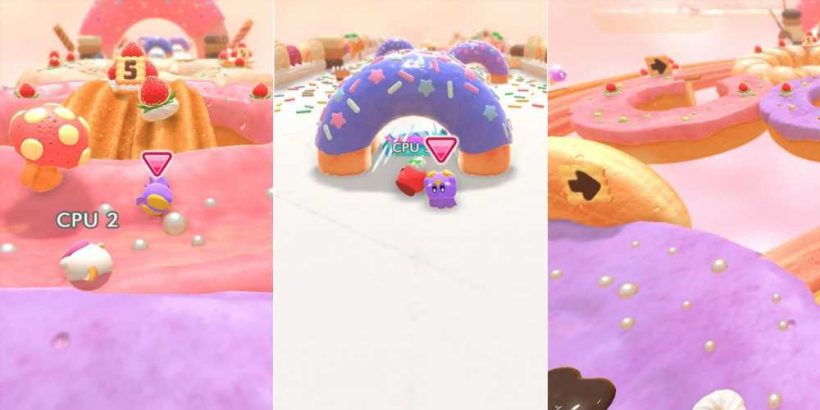 This course makes heavy use of speed boosters. Rolling over these blue tiles will cause Kirby to rush forward, damaging any enemy or opponent he hits. It's essentially a free use of the Wheel Copy Ability, so try to hit as many boosters as you can! 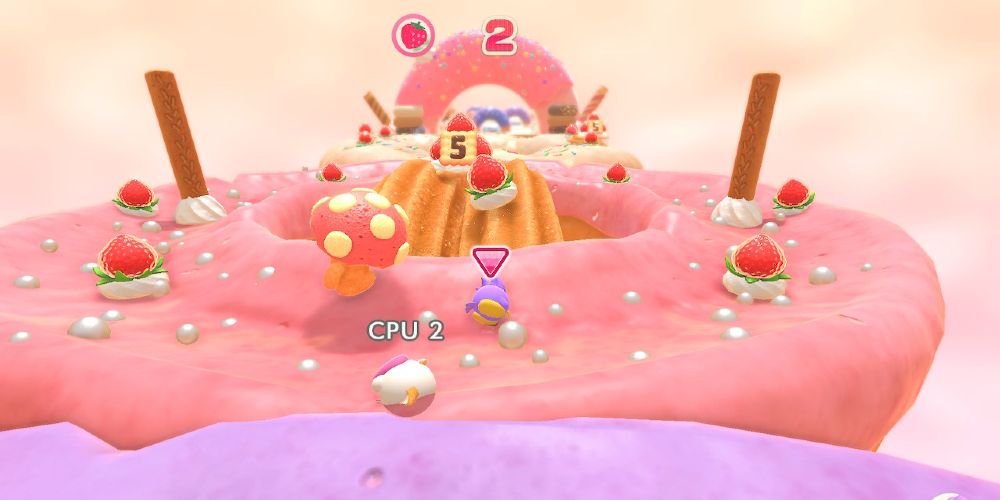 Since the theme of the track is Doughnuts, it's not surprising that it begins with narrow circles around large holes. Use the early parts of the course to pull ahead of your opponents while they compete for strawberries – that will give you your pick of the best routes later!

The first straightaway in the course has several speed boosters inside arches that move side-to-side. Be sure to hit each one to maintain your lead and get to the sparse strawberries before they're gobbled up.

If you miss a speed booster, don't go back for it. Just cut your losses and keep going! 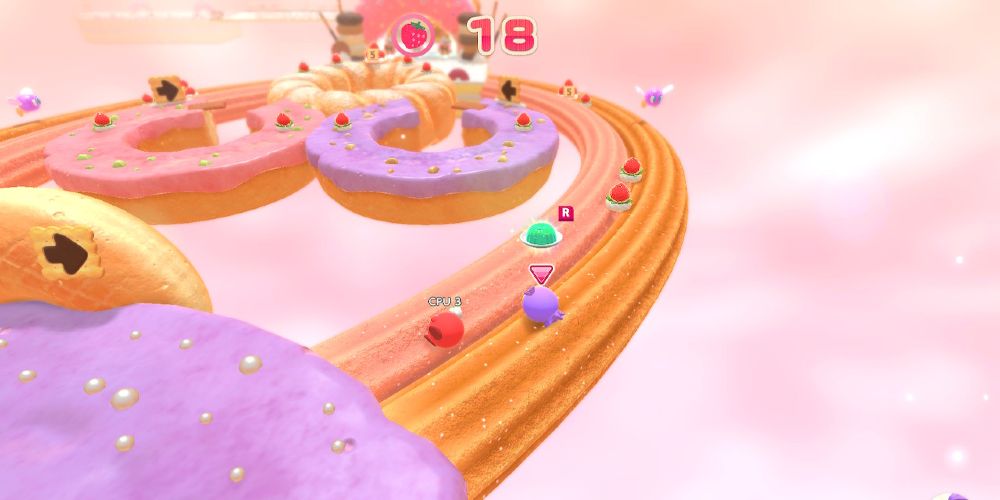 The middle section of Doughnuts has a number of rotating cinnamon sticks that can either be jumped or avoided. Use whichever method of evasion will get you the most strawberries.

After the cinnamon sticks, the course takes you on some cinnamon twists that stretch far out to the left and right. You'll have an opportunity to jump onto some doughnuts in the center, but this is only really worthwhile if you're far behind. There aren't that many more strawberries in the middle than there are along the sides, but a lagging player can grab them and catch up while the others struggle with the Cookie Wall immediately afterward. 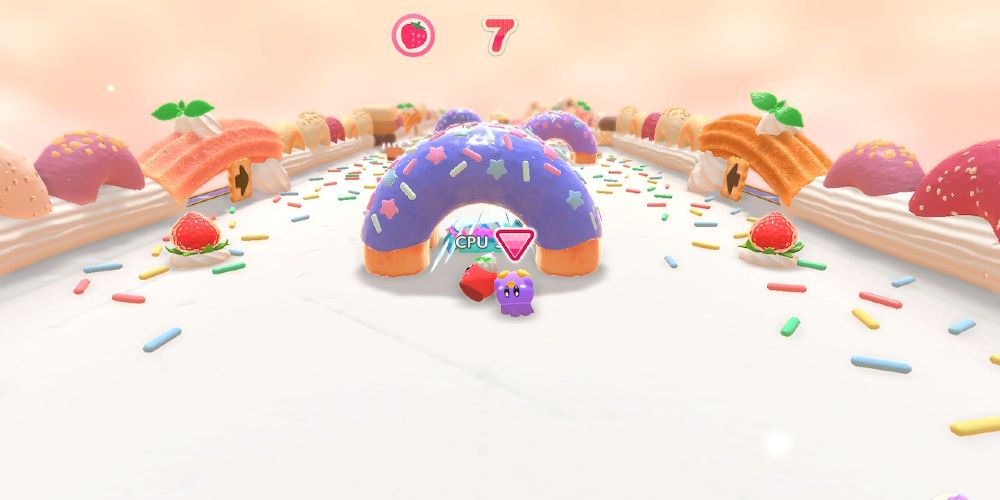 Once the Cookie Wall is down, the course takes a ninety-degree turn. Jump over the barriers here to maintain your speed and grab the fruits on top.

Some versions of the track include three pillars with a fruit on the tallest. The only way to get the fruit is to jump on each pillar in sequence without falling. This is too tricky a feat for most players to pull off reliably, so it's best to ignore the potential prize.

Soon, you'll find another straightaway with speed boosters. Use the same strategy as before, unless your Kirby has grown too large to fit through the arches. If that's the case, jump over the arches instead to collect the strawberries there while using your extra size to zip down the track. 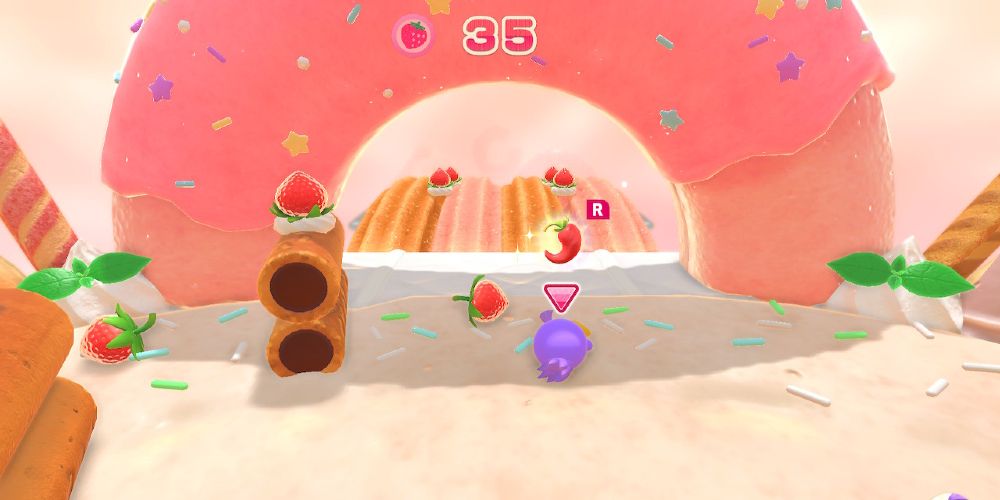 After the speed boosters is another set of doughnuts similar to the opening area of the track. There are more cannons and moving barriers here, so be careful not to get hit. If you have an offensive Food Copy Ability like Burning or Wheel, this is a great place to use it against nearby opponents. Tornado is also great for picking up the abundance of strawberries here.

Once you reach the end of the doughnuts, the course gives a large downhill slope to the finish line. Collect strawberries on the way down if you can, but don't sacrifice momentum to do so. Rush straight down the middle to make sure you're the first player over the finish line and collect the largest bonus!