Memory of Melody may be somewhat divisive, with a portion of the Kingdom Hearts fanbase saying “Oh great, a rhythm game,” and the rest saying “Oh God finally it’s all I’ve ever wanted!” If you’re in the “meh” camp, I don’t really have anything to offer that’s going to change your mind. If you’re excited about a unique take on the rhythm game genre that features 80+ of your favorite KH songs, I have some really, really good news for you. 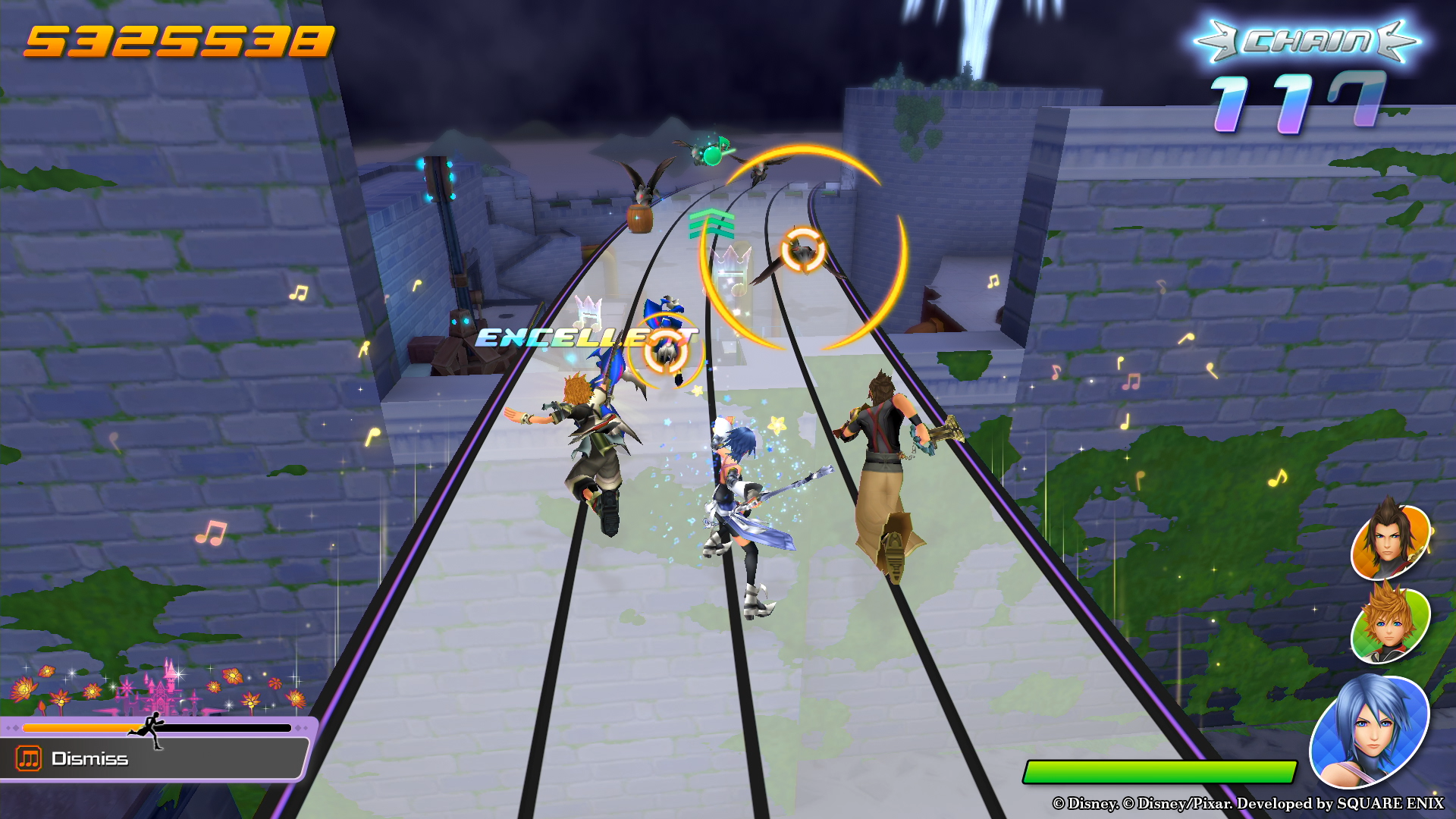 Here’s how you play Memory of Melody: Sora, Donald, and Goofy walk along a music staff that twists and turns on a path through various iconic Kingdom Hearts locations. Enemies are laid out along that path and you’ll need to press buttons in time with the beat of the music. On PS4, you can press X, L1, or R1 to strike an enemy, if there are 2 enemies side-by-side you can press any combination of X, L1, and R1 to hit them, and if there are 3 enemies you’ll need to press all 3 buttons together.

That sort of openness to use whichever buttons feel natural is strange at first, but quickly becomes a really powerful tool for playing the game. Depending on the position of the enemy and the energy of the song I found myself alternating which button I used to hit them based purely on what felt right in the moment. You are given some amount of freedom through the buttons to follow the feeling of the music, and I found that to be really powerful and engaging. 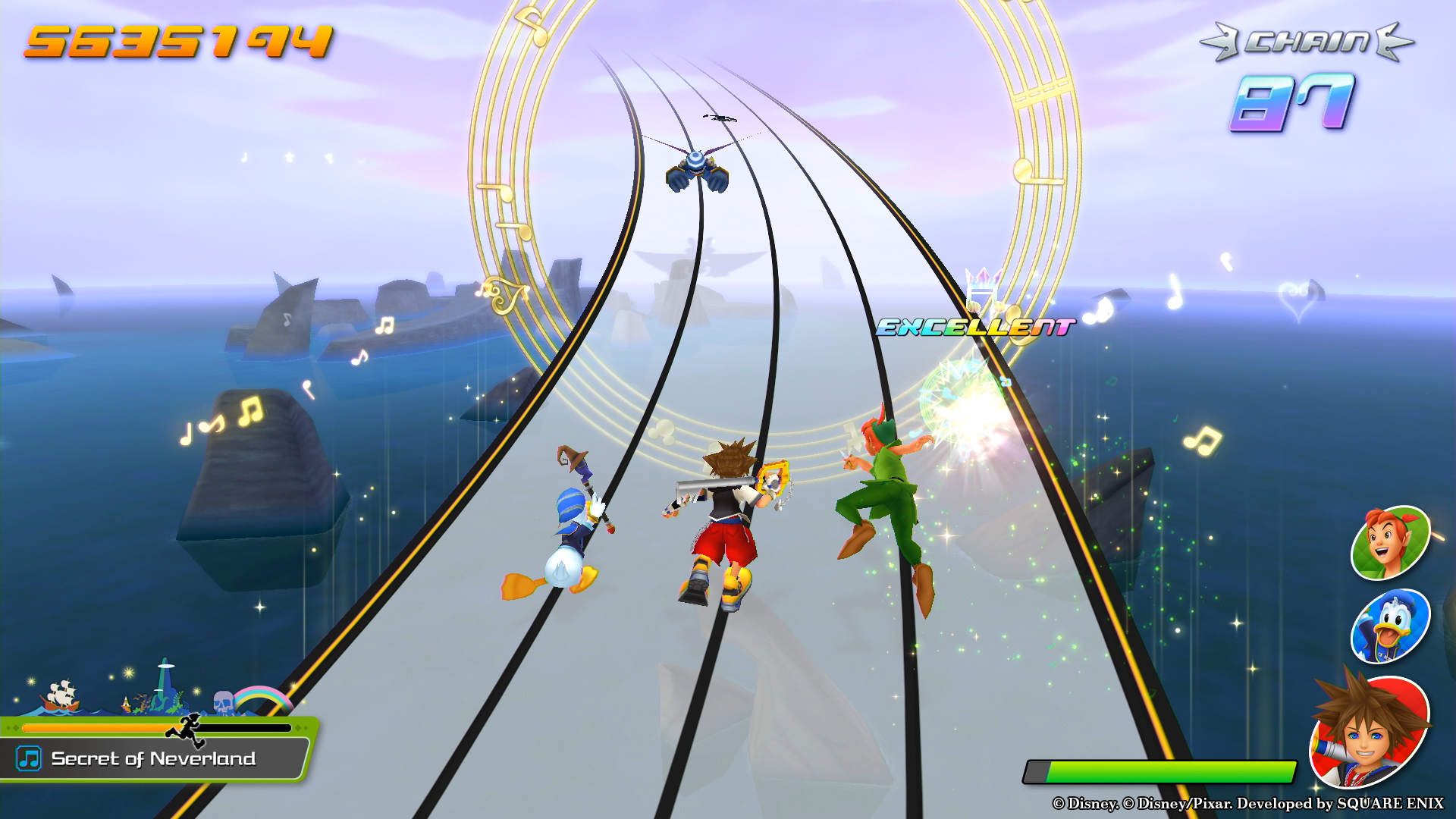 Of course, things quickly get a lot more complicated. You’ll need to jump before hitting flying enemies, there are spells to cast, enemies will move closer or further, and sometimes Sora will need to glide to hit a string of music notes. It can get pretty overwhelming visually but focusing on the rhythm of the music will always keep you on the right track. 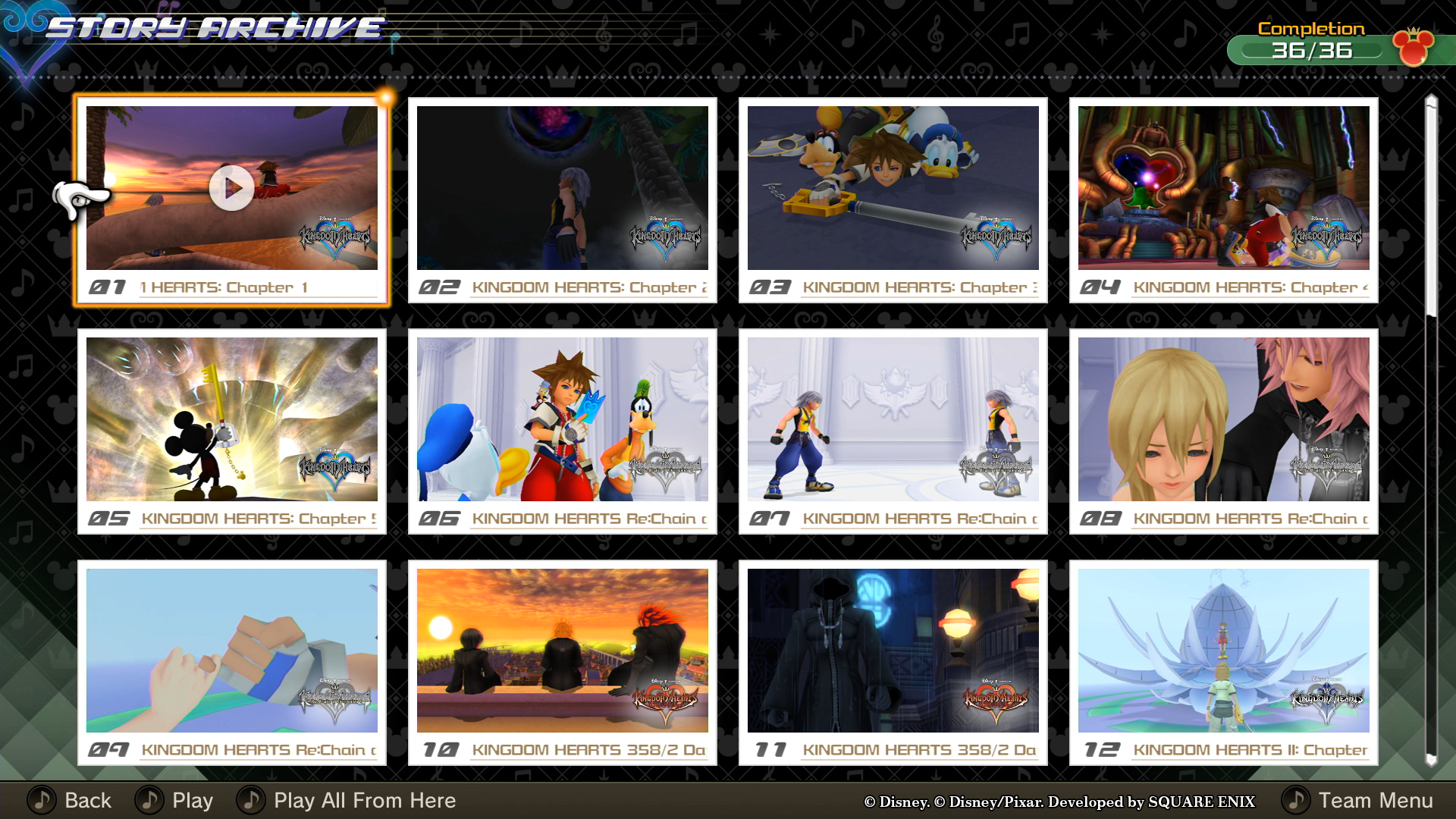 For the demo, only 4 songs were available to sample: Welcome To Wonderland, Hand in Hand, The Rustling Forest, and Wave of Darkness. I was immediately impressed to see them organized based on the game they’re from, something previous Square-Enix rhythm games haven’t done, and I was even more impressed to see the huge amount of customization options available. Not only are there 3 difficulty settings for each song, but there are also 3 unique game modes: the standard mode, a one-button mode, and a performance mode that incorporates more buttons and stick directions between the notes. Effectively, there are 9 ways to play every song and that doesn’t even include co-op and VS Battles, which was not available in the demo. There are individual scores for each song, mode, and difficulty, as well as points that are earned to unlock some kind of collectibles in the Museum. There’s also a synthesis system where keys can be crafted to unlock new tracks. 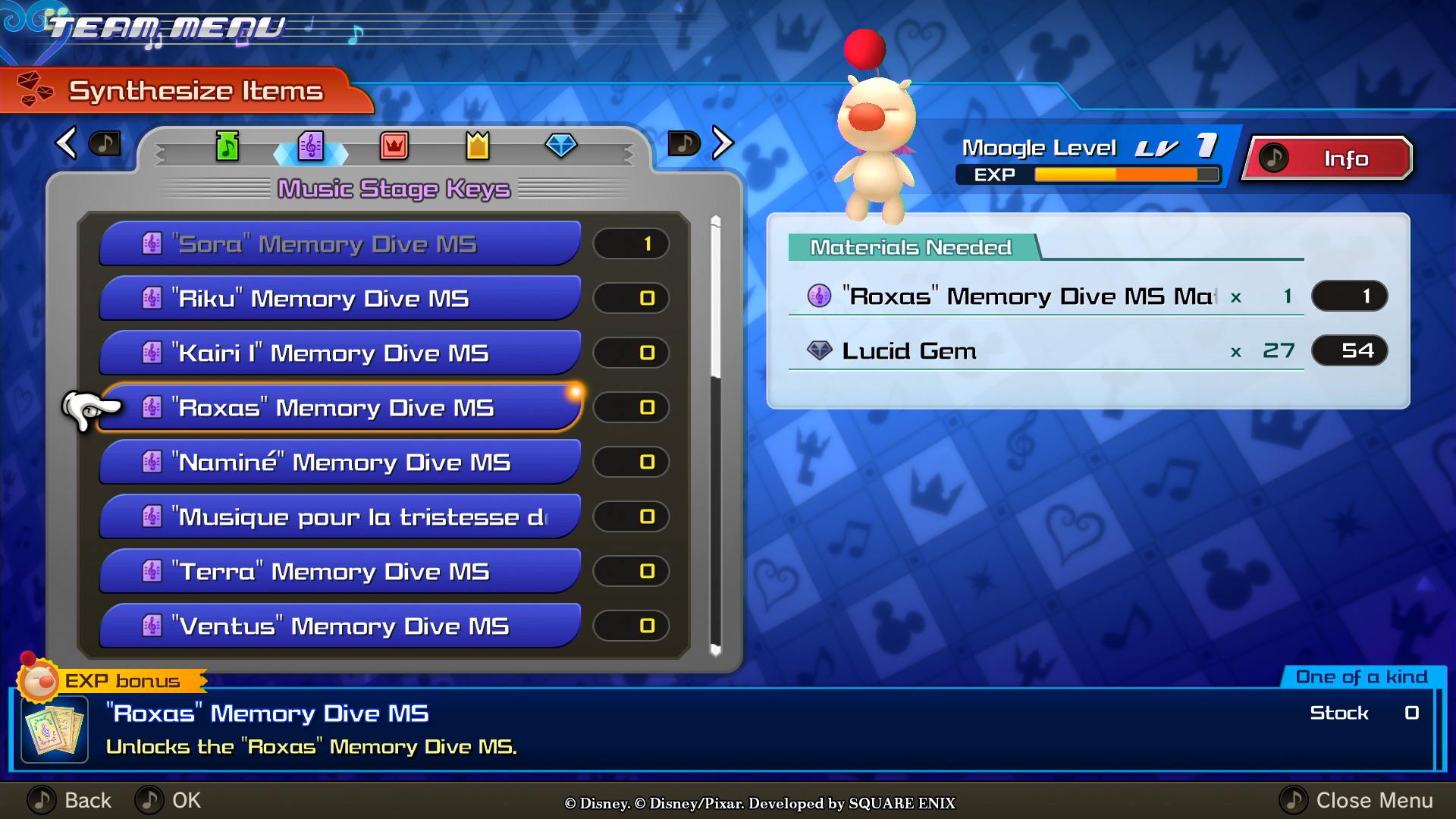 I didn’t get to play any of the story mode content (called World Tour) nor did I get to hear the iconic Utada Hikaru title tracks, but the title screen has a new swing-style rendition of Dearly Beloved that made my heart sing. I can’t wait to revisit all my favorite Kingdom Hearts worlds and celebrate the wonderful music that the series is known for, but I might be even more excited to hear new versions of my favorites songs. It looks like Memory of Melody has a ton of content in store for Kingdom Hearts fans when it releases November 11.

READ NEXT: Kingdom Hearts: Melody of Memory Enchants Us With Free Demo Next Month 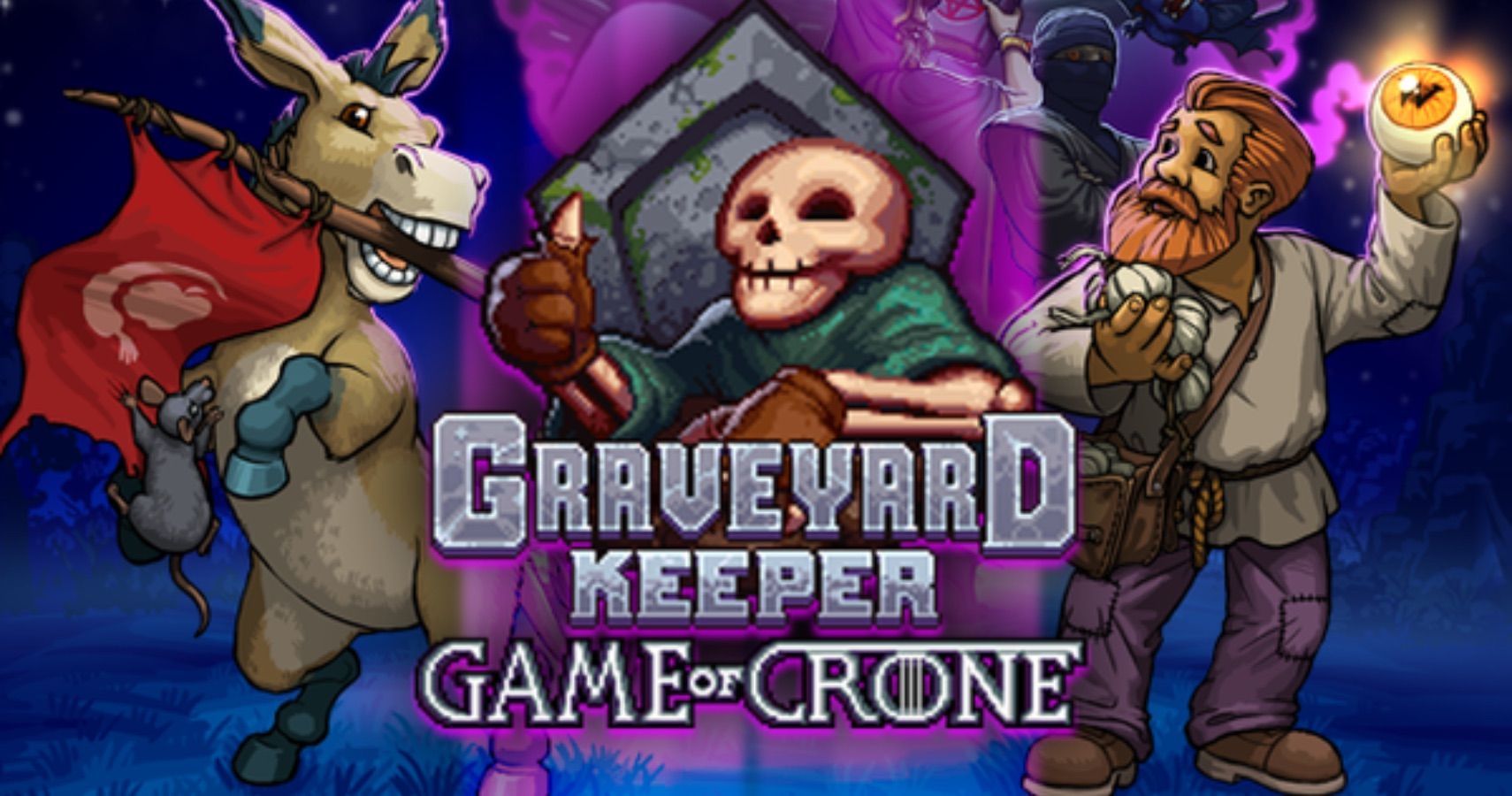