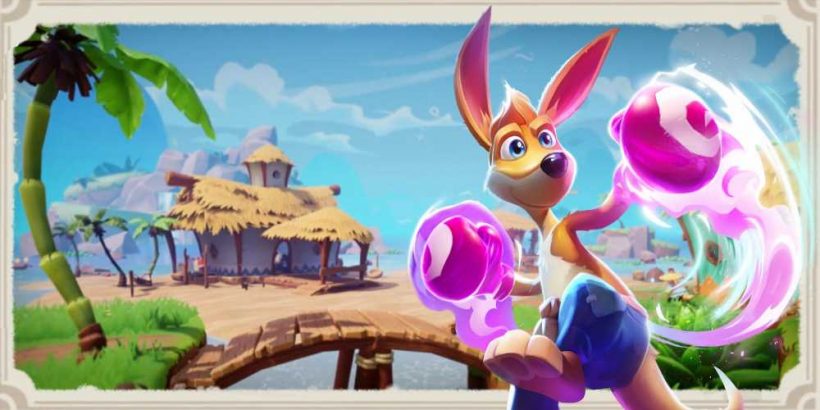 Kao The Kangaroo's Hopalloo Island is a tropical paradise. It is home to a whole host of friendly kangaroos. It doesn't contain any enemies, but it is chock-full of collectibles. This guide will take you down one (mostly) cohesive path that will lead to each crystal and rune available in this hub world.

One thing to keep in mind before we start is that there are a few collectibles that only show up after you have cleared certain stages. There is at least one rune that is blocked off by a spider web which requires that you use your fire ability which is only obtained after you clear The Lava Caves level. So, don't panic if the stage is telling you that there are more runes to collect. Just follow the guide and you will obtain everything. 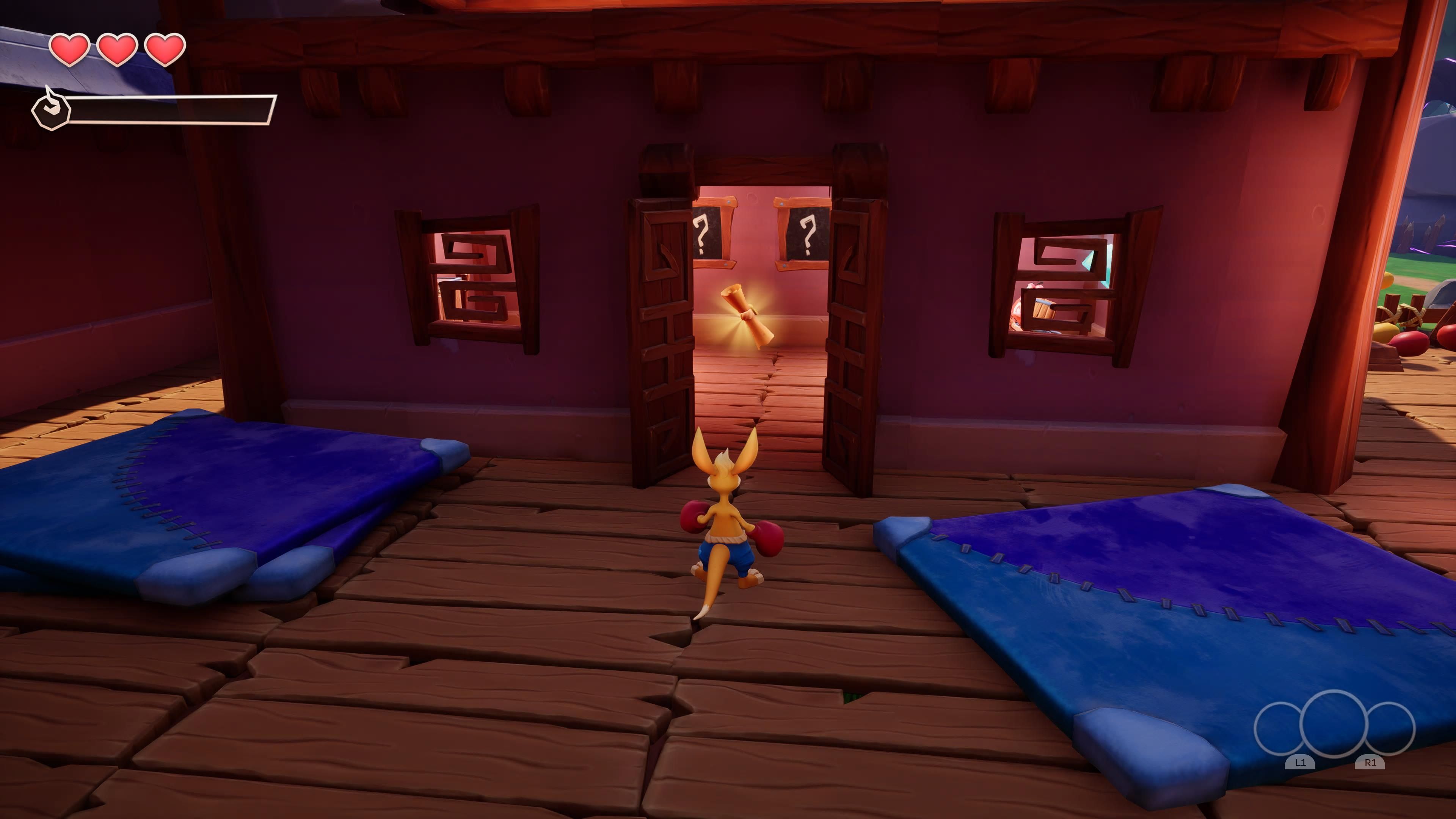 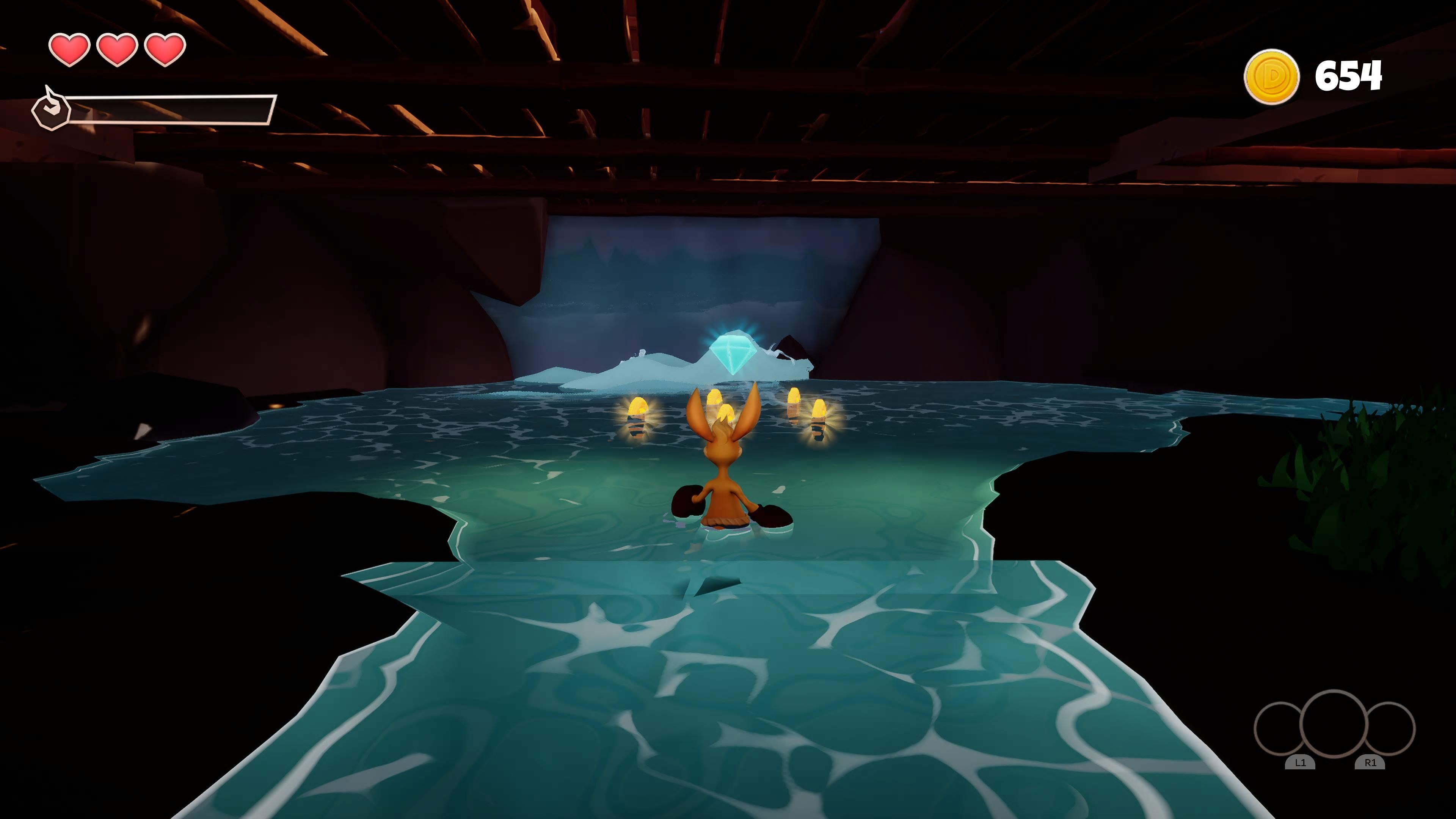 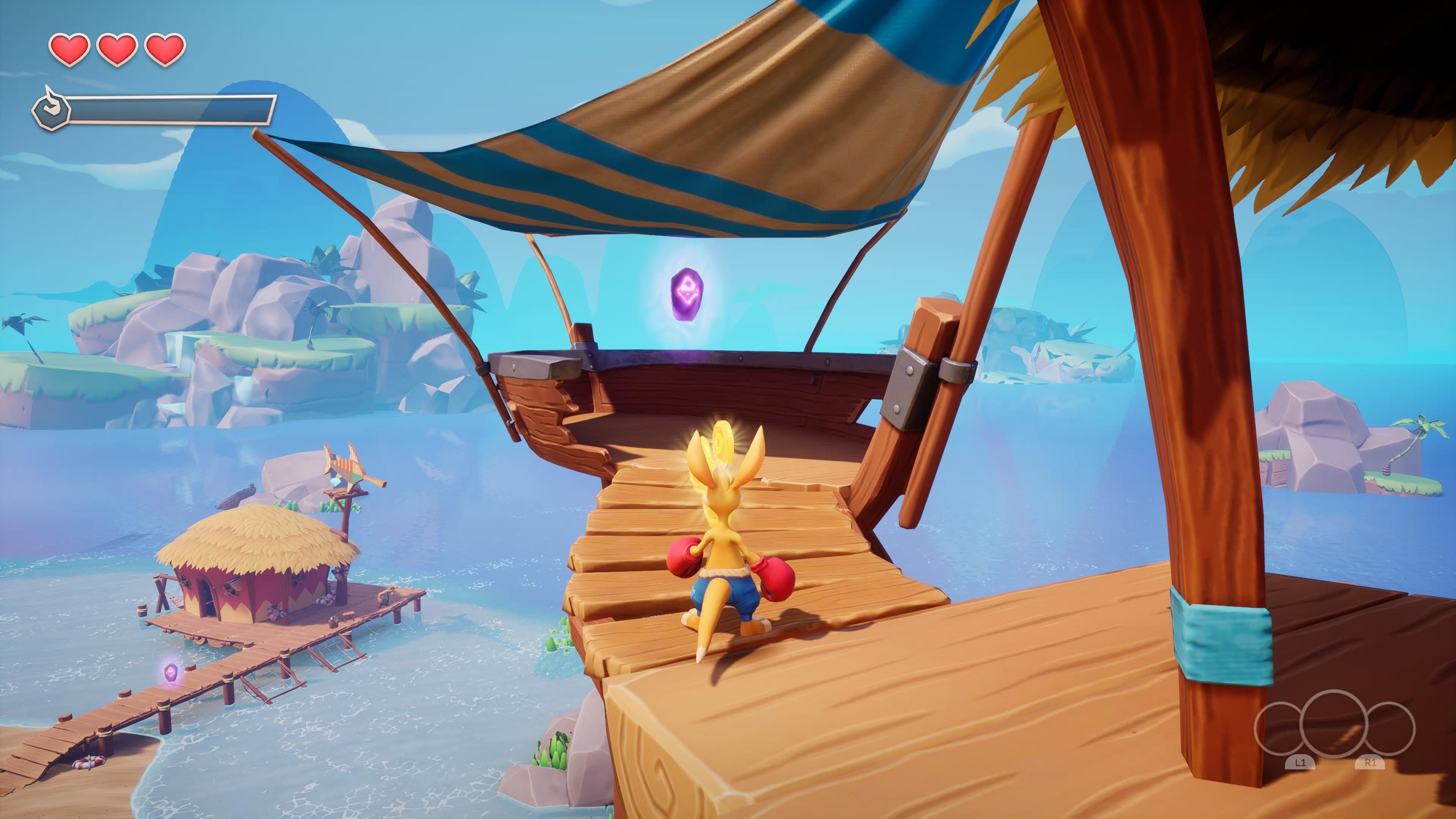 Beside that house is another rune (2/7)! Jump down from there, and you will be on the beach. On the beach, near a house, is another rune (3/7). Now, go around back, jump on the barrel, and get up onto the roof. There is a crystal (5/11) up here. Keep following the shoreline. The house that neighbors that one has a scroll (4/6) inside. 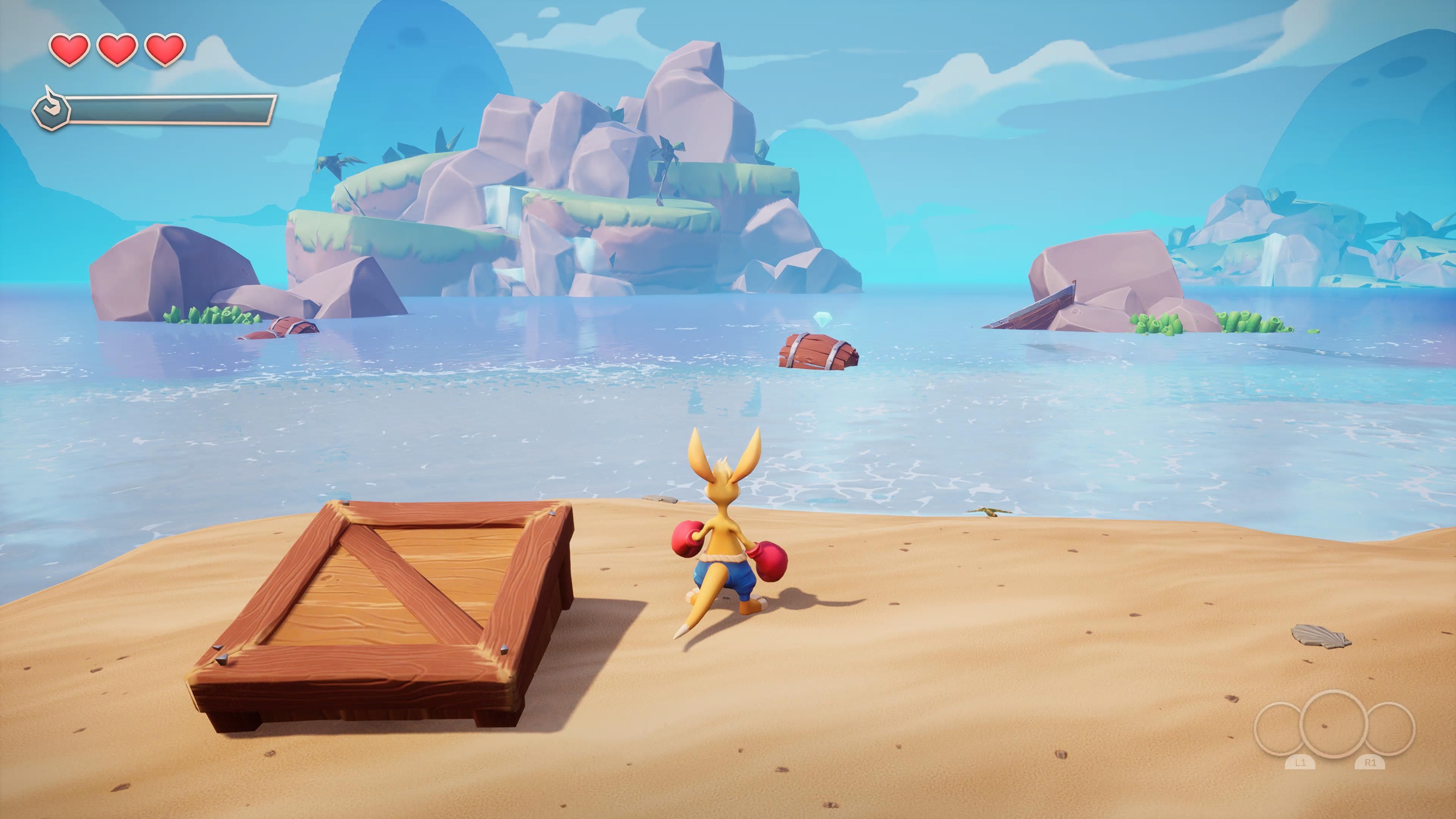 Behind that house, you see a crystal (6/11) sitting on a barrel floating in the water. There is also a treasure chest to the left of that crystal. Now, head back towards the village. You will find a communal eating space. Nearby, there is a crystal sitting on top of the post. Run to the nearby house, jump on the boxes beside the house, and jump onto the roof. Now you will be able to grab that crystal (7/11)! 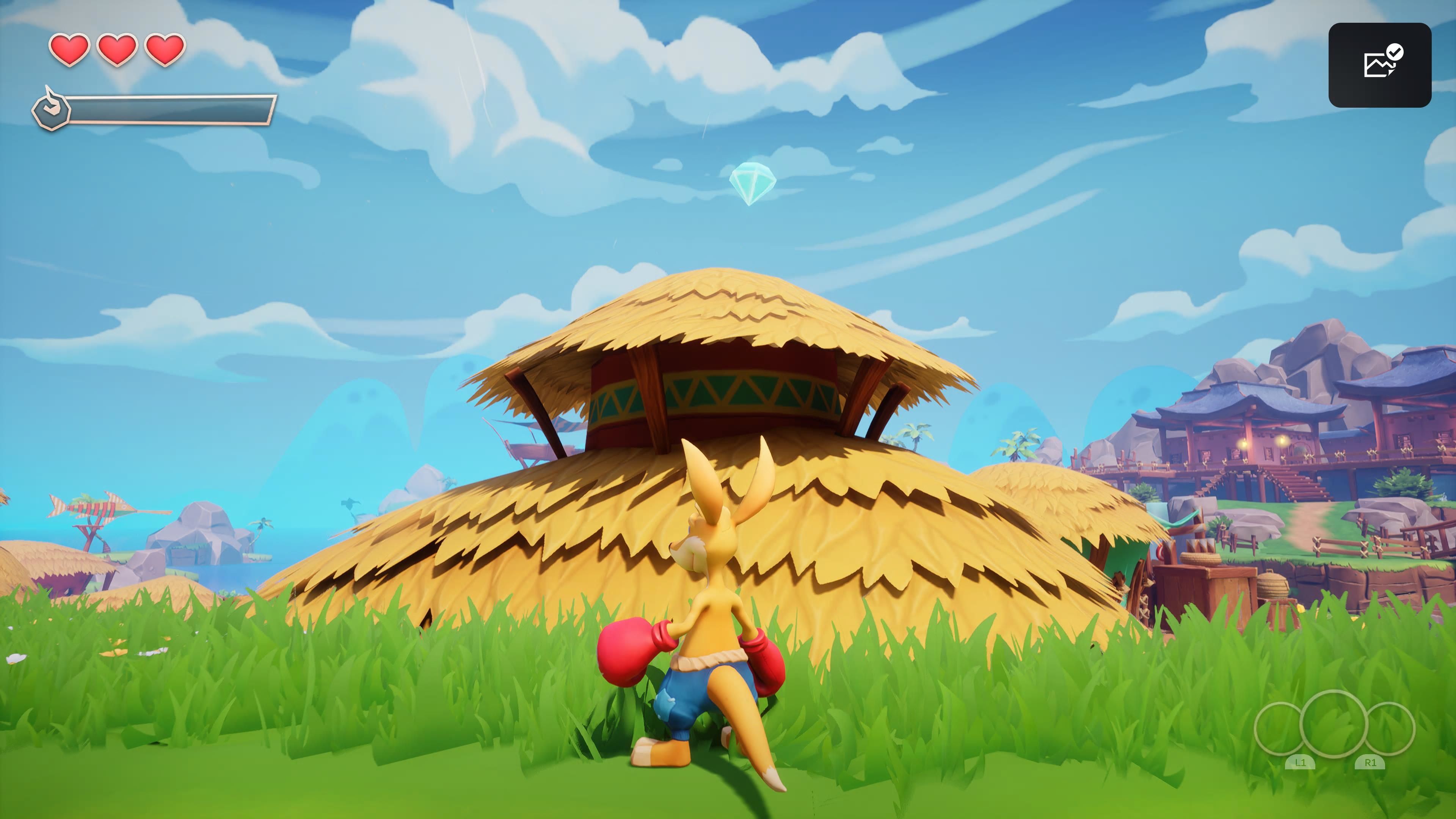 Now, the house that sits next to the eating area just so happens to also have a crystal (8/11) on the roof. Just go around back to grab it. From that house, turn around and scale the nearby rocky structure. You will find another level gate (to "Terror's Lair") and a scroll (5/6). Head back to the house where you had to climb the boxes to reach the rooftop: it is a shop. You can buy things here, but there is also a crystal (9/11) just waiting to be grabbed. 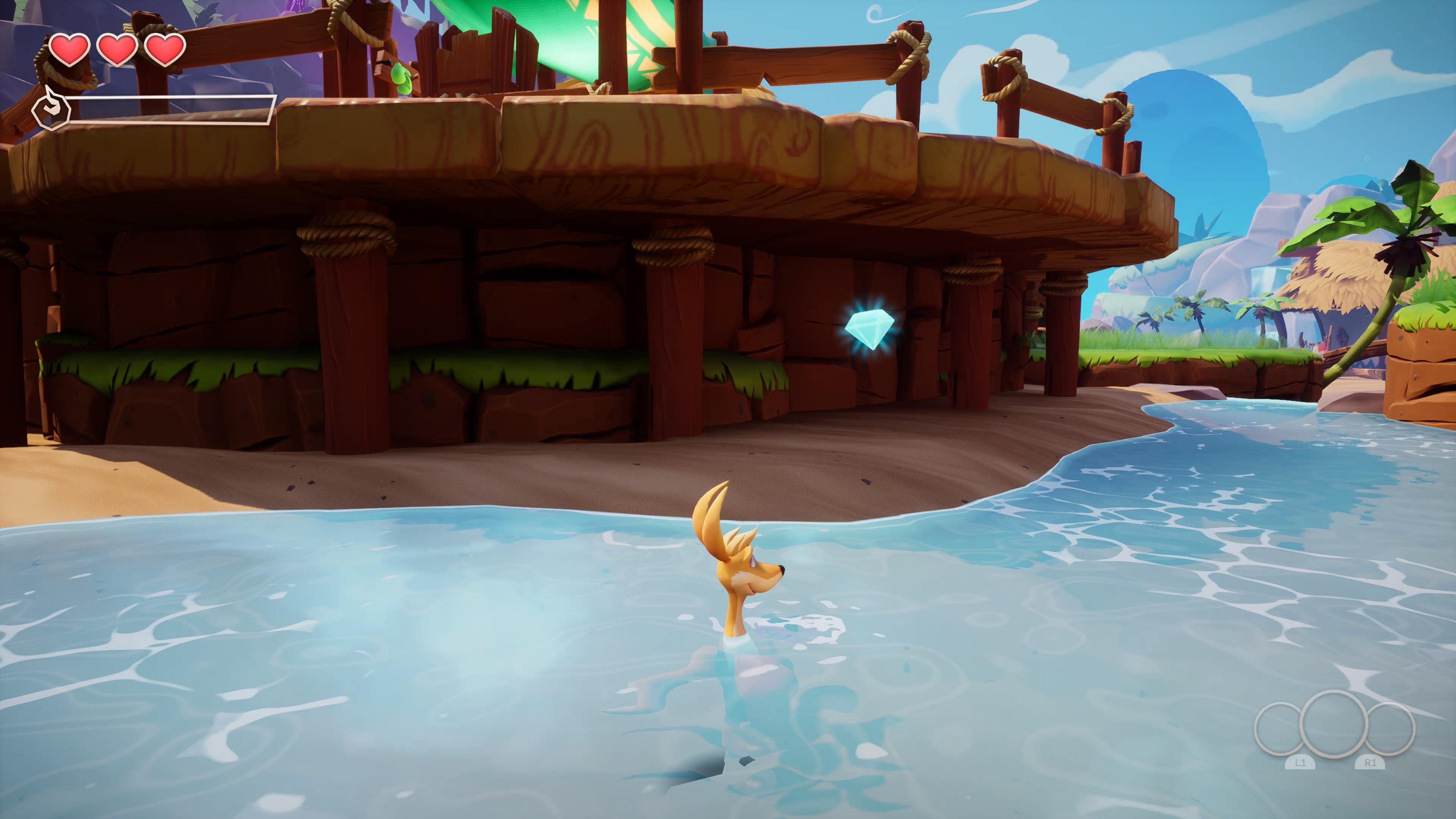 Jump down into the water around the shop, you will find another crystal (10/11) under the shop's deck. In between the shop and the beach, there is a house with a person tending to their garden with a hoe. There is a crystal (11/11) inside that house. 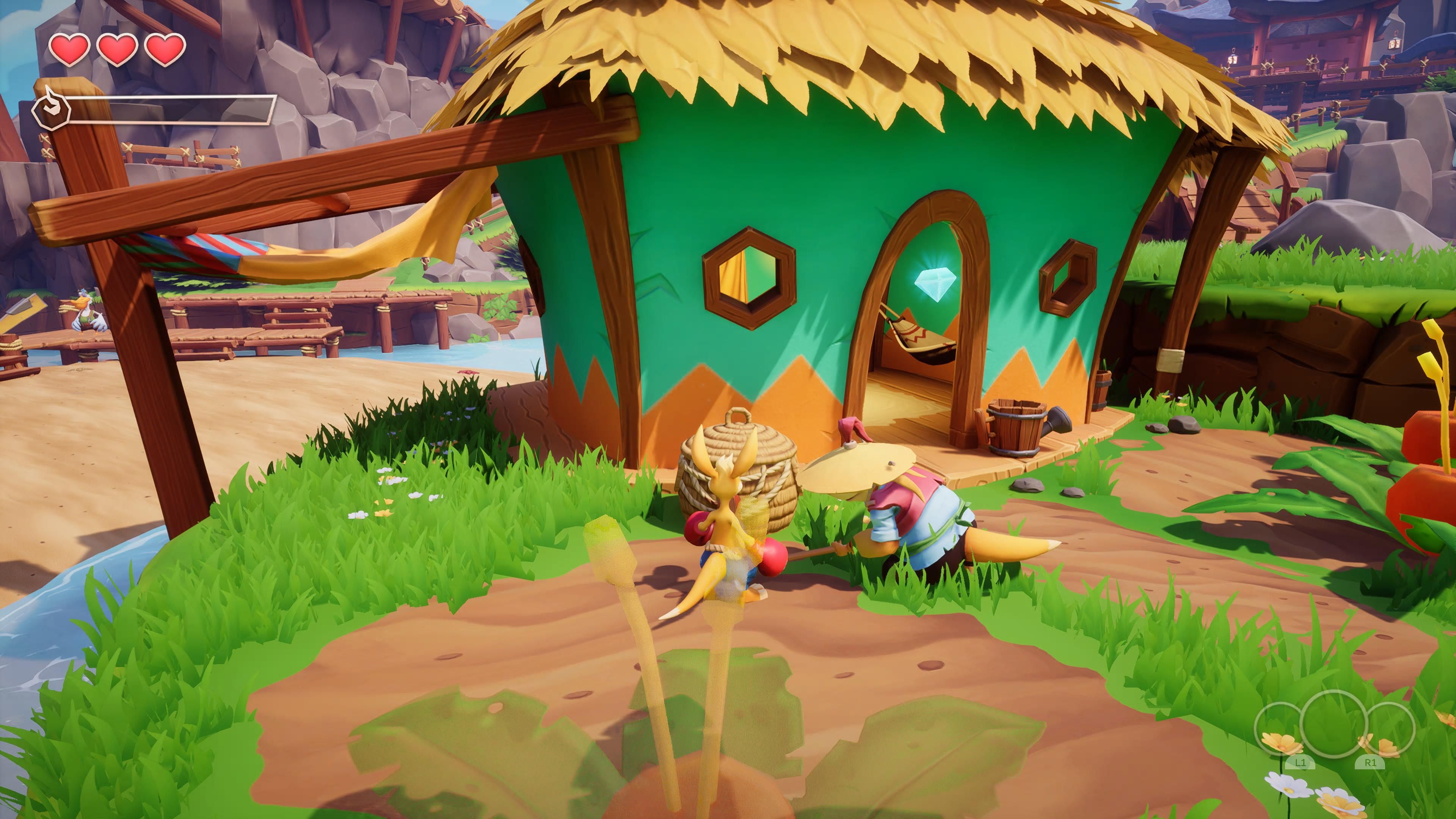 From the farmer's house, head back up to where you started. You will see a scroll (6/6) sitting in front of the waterfall. Now, from where you collected your very first rune, go left instead of right. You will now encounter a level gate (to "The Dark Forest") and another rune (4/7).

Once you have finished The Dark Forest section of the game, you will spawn in front of The Terror's level gate. Another rune (5/7) will be waiting for you as well. 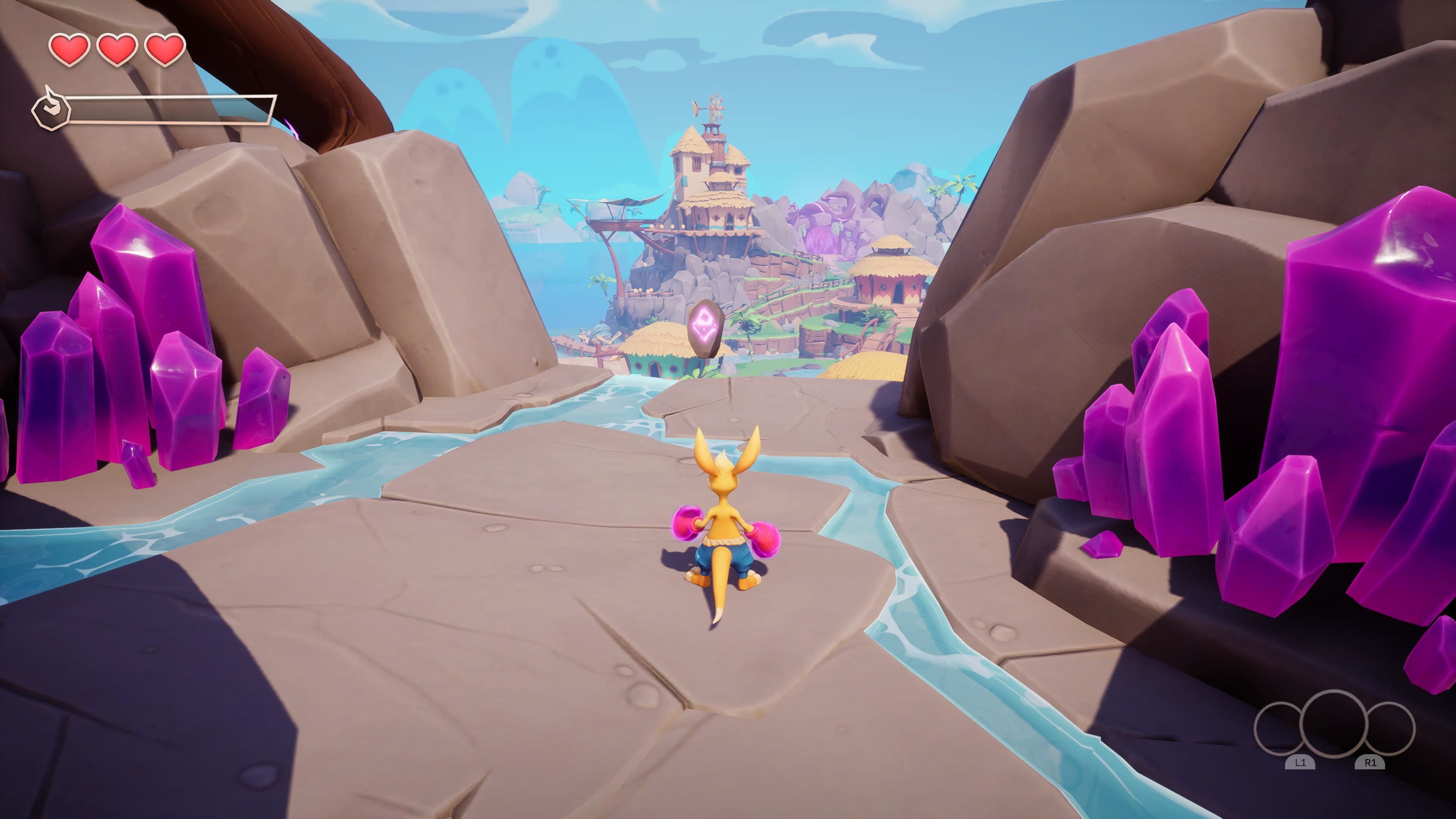 After you beat The Terror, there will be another rune (6/7) behind the leftmost house on the beach. By acquiring this, you will be able to begin the stage The Lava Caves, which is where you get Gadget's wrench. 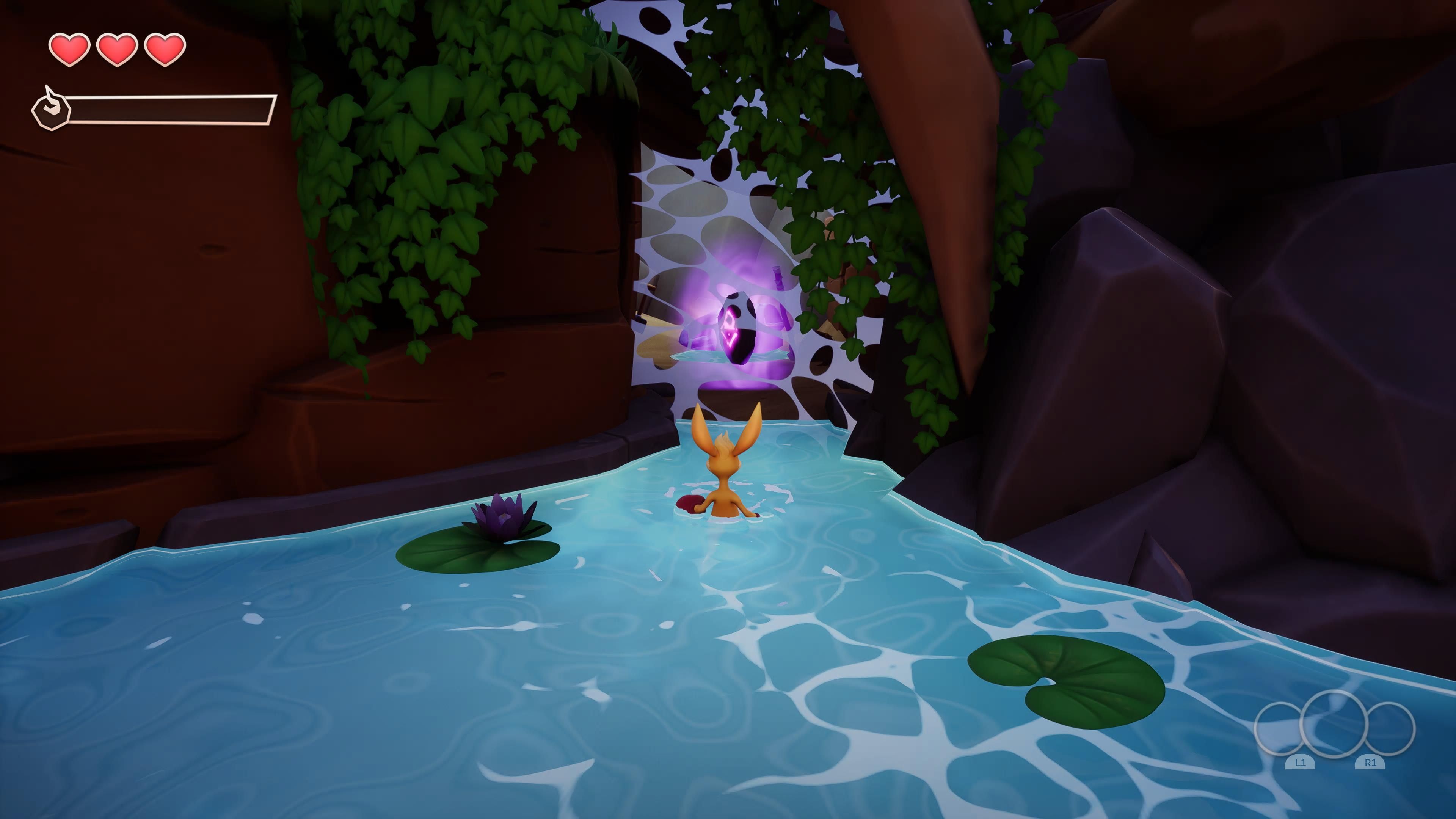 Once you have cleared The Lava Caves, the final rune will be obtainable. Just head toward the beginning of the stage. You should see a little lake area between Hopalloo Island's entrance and the gate to The Dark Forest stage. Jump down there, and you will see a spiderweb. Punch it while having a fire charge (there is a fire orb nearby) and you will be able to obtain the final rune (7/7).

Where To Find The Runes

Where To Find The Crystals

Where To Find The Scrolls