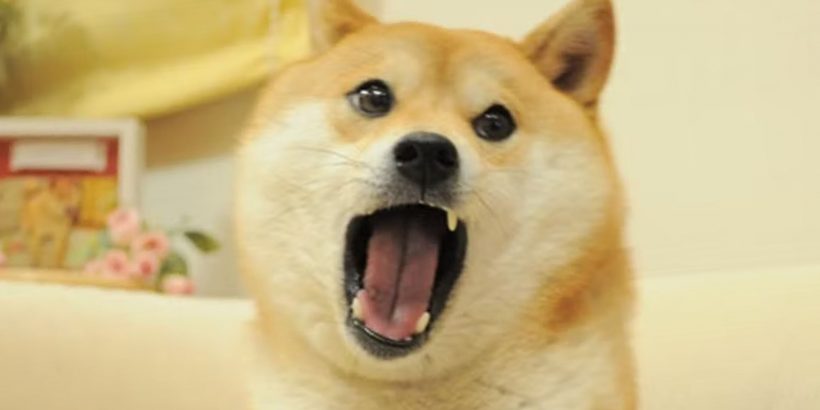 The famous internet meme Doge, AKA Kabosu, has fallen ill with cancer at 17.

If you've been on the internet at all in the past 12 years, you'll have seen the Doge meme at some point. It's a Shiba Inu dog that went viral after its owner shared several photos on her personal blog, one of which had Doge on the sofa with its eyebrows raised, looking suspicious. It faded out somewhat alongside the top and bottom text, Impact font meme format of the early 2010s, unfortunately resurfacing as Doge Coin (a cryptocurrency). However, there is a Doge curator on Steam that you may have also seen.

As reported by Dexerto, Doge turned 17 in November, and only a month later, their owner took to their blog (where she posts regular updates about Kabosu), to share a tragic update. "Kabosu's disease names are acute cholangiohepatitis and chronic lymphoma lukemia. Right now, the liver level is very bad and jaundice appears."

Atsuko Sato has shared some optimistic words, however, saying that "antibiotics will definitely improve" and that "Kabosu has an apetite. She can also drink water". This is a good sign, as many fans highlight in the comments. "It's gonna be [alright], you have the world praying for you, stay strong Kabosu!" one account commented.

Others shared sentiments such as, "Be strong" and "Here's hoping that Kabosu gets well soon!" While many others shared the photo that sent Doge into virality in the first place, celebrating a piece of early internet meme history in wake of such upsetting news.

She also posted an update about Doge's health on Instagram in the first-person, from Doge's perspective, "I had a blood test at the hospital today. I got a call from the doctor in the evening, I was told it was very dangerous. I didn't expect it to be so bad. My mind went blank."

And in a later update, Atsuko Sato addressed everyone's support, "To all of you who are worried, Thank you very much".