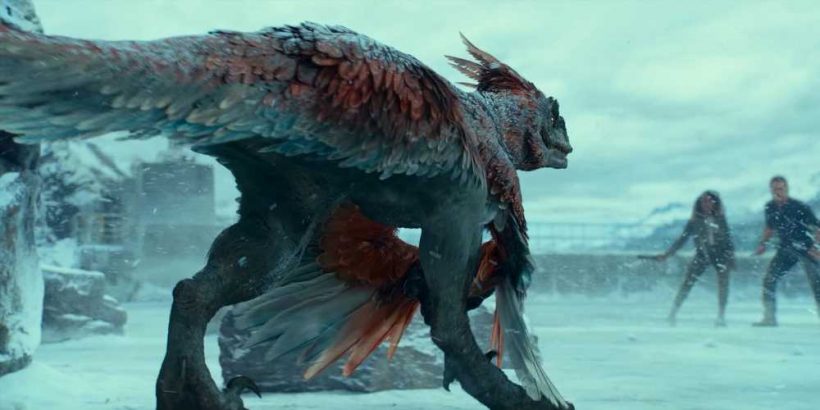 Universal Pictures dropped the first trailer for Jurassic World Dominion, which will conclude the Jurassic era films started all the way back in 1993. Apart from Chris Pratt taming parasaurolophus, there are also some fascinating shots of various dino breeds attacking people in the snow.

Jurassic World Dominion will unite two generations of characters for the first time, adding Sam Neill, Laura Dern, and Jeff Goldblum to the already established lead cast of Chris Pratt and Bryce Dallas Howard. Think of the Marvel/DC multi-verses bringing the old guard like Tobey Maguire and Michael Keaton to the screens, but with dinos for this one.

Dominion takes place four years after the destruction of the remote island Isla Nublar, leading to dinosaurs settling alongside humans all over the world. This unusual balance will test humanity's ability to either share the planet with other apex predators or determine who will become the extinct breed this time around.

As seen from the trailer, you'd better brace yourselves for the most unexpected locations, as dinosaurs are now literally everywhere. They are now crouching throughout snowy forests (some breeds finally got feathers!), sharing the prairies with wild horses, and plying the ocean waters side by side with human vessels. And they are all big, hungry, and deadly, just as you like them.

One eye-catching Dominion moment from the trailer features Chris Pratt in the motorcycle chase with velociraptors on city streets, à la Mission: Impossible. In another scene, our heroes got caught in midair by a giant pterodactyl the size of a plane. And of course, all those never-before-seen dinosaurs will be even more impressive now thanks to the top-notch visual effects.

The first two Jurassic World movies clearly showed how much people love to watch dinosaurs on the big screen, bringing in almost $3 billion in total, but that was before the pandemic. We'll get to see if Dominion proves to be as successful as its predecessors in a new post-pandemic cinema era pretty soon.