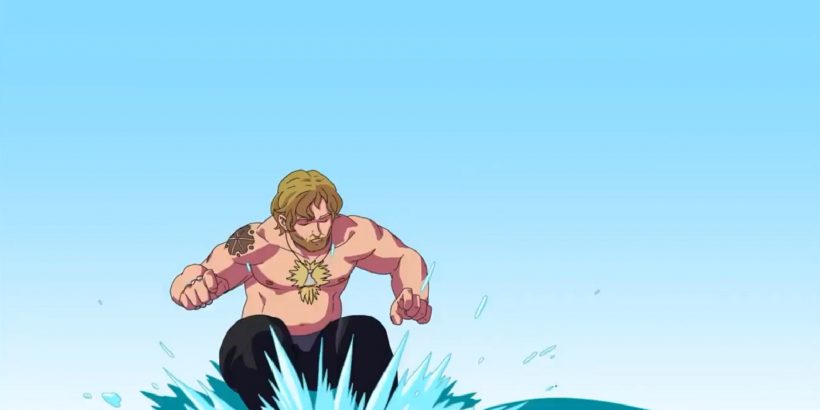 Kitfox Games, the developer of critically acclaimed and fan-loved Boyfriend Dungeon have been teasing us with news that there would be a reveal today ahead of its planned new trailer on Saturday. Well, the reveal has happened! Musician and Twitch partner Jordan DiSorbo will be voicing Jonah the Axe.

We already knew Jonah was coming as a romancible character after we met him at an event during the main game. He not so subtly texts, "we'll meet again somehow, sooner than we think."

Jonah is the first romancible character to feature a more diverse body type. Rather than the lean and skinny bodies already in the game, Joanh is more heavy-set. Kitfox tweeted a video of him shirtless and surfing through the ocean before DiSorbo states he'll be voicing the blonde hunk.

This is a nice tease to get us ready for Saturday's new trailer. Hopefully, that will include more details on the new characters coming to the game. We already know about Leah, a woman who can turn into a hammer, but there may be more potential partners to come.

We also know there will be another dungeon coming. Welcome news, especially considering how the two already in the game lose their charm after repeat playthroughs. The trailer on Saturday should also reveal the launch date of the DLC.

It would also be nice to get another non-binary character. Preferably one that doesn't fall into the same tropes and cliches as Sawyer and Rowan.

One of the best things about Boyfriend Dungeon is composer Marskye and singer Madeline McQueen's soundtrack. Given each dungeon had it's own theme and all the characters had different songs play at specific points in your relationship with them, we can also hope we're getting some new bangers from these two.