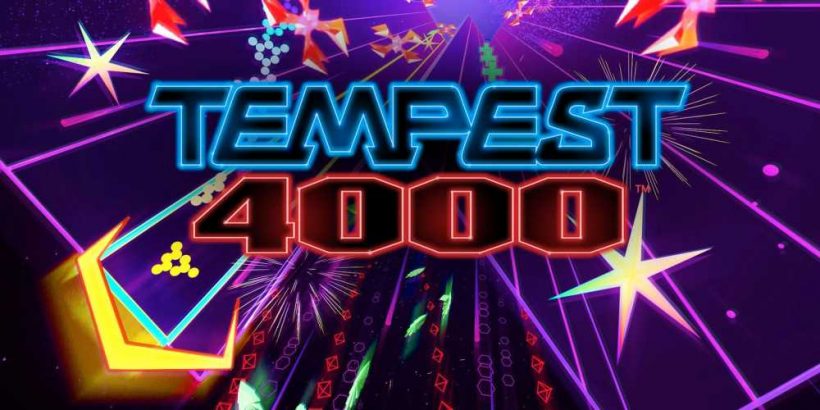 If you don't know who Jeff Minter is, you really should, especially if you're partial to cult British developers who make highly idiosyncratic video games. Minter has been in the British video games scene for some time, a veteran if you will, although he's never quite reached mainstream fame since he's always stayed in his own quirky area. But with one of his games now heading to Nintendo Switch, this may change a little, especially as the console is so suited to the particular kind of games he makes.

Tempest 4000 is Minter's love letter to the original Atari arcade classic. Tempest debuted in 1981, utilising vector display technology, and was one of the first games to have progressive level design. Minter's version is a visually striking, fast-paced update, offering vibrant, almost rhythmic-like gameplay. Tempest 4000 has 100 levels and three game modes that can strike up surprising, emergent patterns. Minter is known to be a super fan of these arcade style shoot 'em ups, and their seemingly basic premise can belie surprising complexity, and all the while encouraging flow states.

On Nintendo's portable console, Tempest 4000 might well be a worthy addition to the library, especially if you want to support a quirky indie studio such as Minter's Llamasoft. The game supports a variety of European languages alongside English, weighs in at 1.7 GB in size, and is playable in all the modes Switch is capable of.

Minter's previous works include the music visualisation program Neon, which was built into the Xbox 360, and games such as Gridrunner, Polybius, and Attack of the Mutant Camels. Sometimes known as Yak, Minter has been active since 1981, working on games for the Sinclair ZX80, Commodore VIC-20, and Atari computers. Nowadays, Minter lives a peaceable life tending to his pet sheep on a farm in Wales, which he regularly posts pictures of on his Twitter account.