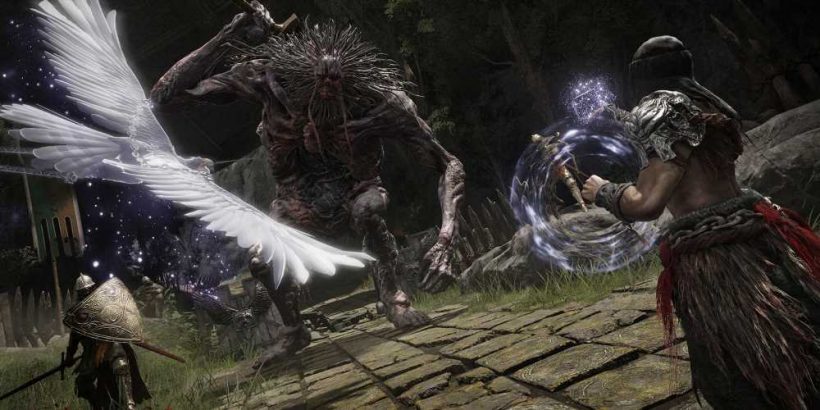 Elden Ring is out tomorrow. Or today. Honestly, it depends where you live, so let’s just say that Elden Ring’s arrival is imminent. Pre-loads are definitely available, so if you haven’t already started playing you should definitely be able to install it.

Nowhere is this more acutely felt than at Japanese game studio Pocket Pair. You might have heard of these fine folks from their game Craftopia, an open-world survival crafting game that combines a lot of disparate elements like hunting, hack-and-slash action, and building automated hamster wheel farms. It's getting good reviews since releasing on Steam Early Access back in 2020 (although, not as good as Elden Ring), so you should check it out.

But back to Elden Ring. Pocket Pair understands that while Craftopia is a great game, a lot of its employees are really jonesing to play Elden Ring, the upcoming action title from FromSoftware. This includes Pocket Pair's president, who was gracious enough to grant an "Elden Holiday" to the entire studio.

"Pocket Pair will provide Elden Holiday to all employees!" Pocket Pair writes in an official proclamation on Twitter. "The King of Elde does not have to go to work on Friday and Monday!"

In the document translated by Kotaku, Pocket Pair management “imagine that [staff] cannot focus on work," with Elden Ring waiting on their hard drives at home. And maybe management doesn't have to imagine very hard because here's Pocket Pair's president posing in front of an Elden Ring release countdown gallery.

Pocket Pair is getting a long weekend to celebrate the release of Elden Ring, and that might just be long enough to crush through the main campaign if you spend a good amount of that long weekend playing. However, we're told that Elden Ring has "many dozens" of hours of additional gameplay, and many reviews are describing this game as absolutely immense. A four-day weekend might not be long enough for some of the most diehard Soulsborne fans.