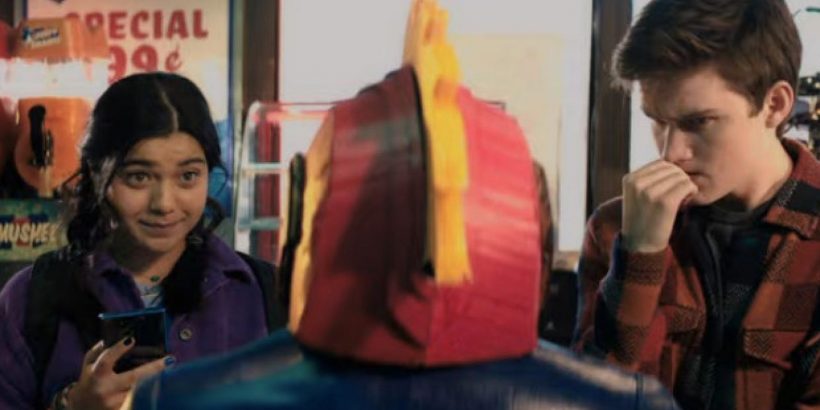 In spite of the COVID-19 restrictions in Thailand, Marvel Studios has wrapped filming of its fourth and fifth episodes, completing the first season of Ms. Marvel.

With another wave of the coronavirus in Thailand, many movie and TV productions were stopped, but due to Marvel’s strict in-house regulations, it managed to obtain a waiver allowing for it to finish filming.

The Thailand-based episodes were overseen by Oscar-winning director Sharmeen Obaid-Chinoy. She won Best Documentary in 2012 for Saving Face and again in 2016 for A Girl in the River: The Price of Forgiveness. It’s unclear just why Kamala Khan is in Thailand, but the show has a tenuous release date of late 2021, so perhaps we’ll find out at some point this year.

For now, we can look forward to Iman Vellani as the titular hero in both her own show as well as the upcoming Captain Marvel sequel, The Marvels. The upcoming Disney+ series stars Matt Lintz as Bruno Carrelli, Laurel Marsden as Zoe Zimmer, RIsh Shah as Kamran, Mohan Kapur as Yusuf Khan, and Iyad Hajjaj as Uncle Rasheed.

The show will tackle the origins of the Young Avenger who, for context, is an Inhuman, a concept that has only been explored in AGENTS of S.H.I.E.L.D. and the subsequent – now canceled – Inhumans show. Whether either is canon is still unclear, but the show may provide answers.

Ms. Marvel is also a fan of Captain Marvel, hence her alias and getup. In the source material, she’s your typical comic-book geek, with walls clad in posters and memorabilia of the Avengers and other heroes. This was shown extensively in Square Enix’s own rendition that released only last year. It shouldn’t be too long now before fans get to see the final cut now that filming has wrapped.