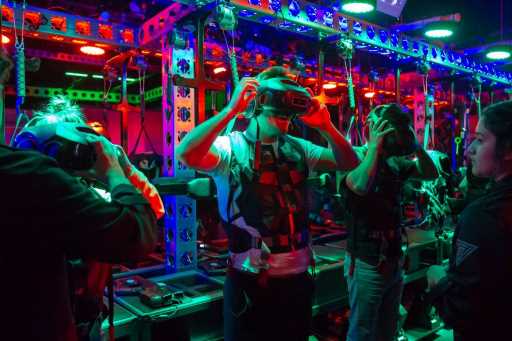 In its heyday, The Void was a premium virtual reality (VR) location offering pioneering experiences affiliated with big IPs like Star Wars and Marvel’s Avengers. Unfortunately, due to the pandemic and other issues, the location-based entertainment (LBE) closed last year. Now it looks like there’s a ray of hope regarding a comeback, thanks to new investment reports and a job page appearing.

Protocol reports this week that a former investor in The Void has now acquired all the key assets of the company with plans to relaunch in 2022. The patents and trademarks have been picked up by Hyper Reality Partners, helmed by CEO Adrian Steckel, who was also one of The Void’s board members. He’s not the only one returning with former Chief Creative Officer Curtis Hickman and former VP of Content Jason Howard heading up the new team.

Steckel is currently fundraising to help support the relaunch with $20 million USD supposedly already raised. While the company is staying fairly quiet regarding its plans, a basic placeholder page has appeared listing three engineer positions. “Hyper Reality Partners is a team made up of world-renowned industry leaders in location-based virtual reality. Having acquired The VOID assets and IP, our mission is to take VR well beyond where it has been before,” the page notes. “HRP & The VOID are now entering a period of rapid expansion and are looking for more talented team members to join us. This is a unique opportunity to shape the future of VR and the entire entertainment industry.”

This would be a major turnaround for The Void, much like Sandbox VR also managed to achieve in early 2021. Hyper Reality Partners will also be trying to avoid the mistakes of the past, as it wasn’t purely the Covid-19 pandemic that shuttered The Void’s operations.

A lot of The Void’s attraction was down to its Hollywood blockbuster franchises, with titles such as Star Wars: Secrets of the Empire, Ralph Breaks VR, Jumanji: Reverse the Curse and Avengers: Damage Control. The Void had developed its own in-house technology, utilising a modified Oculus headset in combination with a VR backpack, haptic vest and environmental effects like wind and heat to aid immersion.

However, its 17 facilities around the world were all in pricey locations, premium shopping centres or The Venetian casino in Las Vegas. Pre-pandemic these were becoming difficult to afford and the lack of revenue once they were forced the closure with its IP eventually being sold off to HRP. Because of this, Protocol also notes that HRP is now looking at opening larger standalone entertainment venues instead of shopping centre locations, with the first one planned for Vegas.

As further details arise, VRFocus will let you know.