Intel showed off a long-awaited chip today, the first standalone graphics processing unit (GPU) for the server market. That’s a good thing for Intel, as we know it can make lots of money in datacenters.

And when it comes to graphics processing in the datacenter — needed for highly parallel processing tasks — Intel’s rivals Nvidia and Advanced Micro Devices have been making all the money.

Intel is working with various software and services partners, including Gamestream, Tencent Games, and Ubitus, to bring the Intel Server GPU to market.

“This is our first discrete GPU for the datacenter,” said Jeff McVeigh, vice president of datacenter XPU products and solutions, in an interview with VentureBeat. “This really brings forward the capabilities and leverages the Xe-LP product line. It’s being deployed in a PCI Express card from H3C, and really is focused around some of the key workloads of Android cloud gaming and media streaming that provide a very substantial total cost of ownership advantage.”

Such GPUs become useful when Tencent serves games from the cloud to users on PCs, consoles, or smartphones. If a single GPU can serve lots of users, as is the case with this Intel Server GPU, then a company like Tencent can lower its costs per user. Back in the good old days — if anyone remembers OnLive — it was tough because a single GPU could serve only one user at a time.

Arena of Valor, created by Tencent, is one of the most popular mobile games on the market today, and it demands performance. Intel Server GPUs can scale to handle many game streams at the same time. With the H3C XG310 PCIe card, Intel can stream 60 streams in 720P at 30 frames per second. When two cards are used, Intel can stream 120 simultaneous users, still at 30 FPS. Typically, the H3C XG310 card can support greater than 100 simultaneous users in a two-card system that includes Intel Xeon Scalable Processors and up to 160 simultaneous users, depending on the specific game title and server configuration.

“We’ve been working really closely with Tencent in the space,” said Lynn Comp, vice president of the datacenter group at Intel, in an interview. “What’s really interesting about this space is the balance of GPU density that we can support and the bandwidth the CPU supports. It’s a well-balanced system. Getting to a high number of users per GPU is really important to the total cost of ownership.”

With its first discrete GPU for the datacenter, Intel is further expanding its suite of software for enhanced cloud gaming and media experiences. Intel is targeting Android cloud gaming and high-density media transcode and encode applications for real-time over-the-top video streaming.

The chip follows the launch of the standalone Intel Iris Xe Max graphics chip for PCs and announced that Acer, Asus, and Dell have signed on as its first customers. 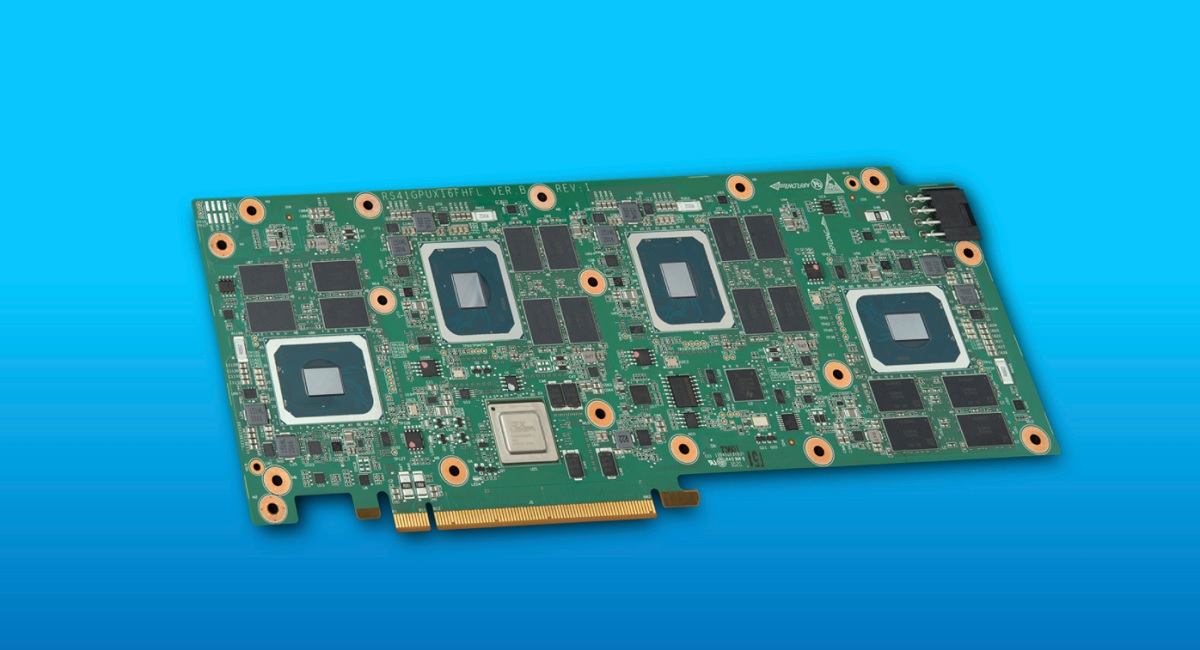 Above: Intel Server GPUs sit on a H3C board.

Intel also announced that it will release its Intel OneAPI tools in December that will help customers make use of its new hardware. Putting an emphasis on this software isn’t a bad idea for Intel. But I think the way for Intel to come from behind and win in graphics will be through the cold glint of hardware. The fastest GPU in the West is the way to the datacenter manager’s heart. But that’s just a guess.

The OneAPI initiative means that Intel will have its application workloads, middleware, frameworks, languages, and libraries running across all of its chips, including CPUs, GPUs, accelerators, and field-programmable gate arrays, said McVeigh.

“With the OneAPI, what we’re really trying to accomplish here is broaden out the diversity of architectures to support all the workloads and unified programming model across those architectures,” said McVeigh. “We’ve got a standards-based solution that we will make broadly available.”

The idea is that the software is optimized to run across different Intel processing units, known as XPUs, and that software runs better as a result because the various devices were designed with the software in mind. McVeigh said the XPU vision means that Intel can offer a mix of architectures on the hardware side with a unified experience on the software side. It should make life easier for developers, he said.

The new Intel Server GPU uses the Xe-LP microarchitecture and it is designed specifically for high-density, low-latency Android cloud gaming, and media streaming.

As the world moves into an era of billions of intelligent devices and an exponential growth of data, CPUs alone require a shift in focus to a mix of architectures across CPUs, GPUs, FPGAs, and other accelerators.

Intel said the launch of the Intel Server GPUis another step to extend Intel’s offering in the XPU era. This era of computing also requires a comprehensive software stack. Developers will be able to access a common, open and standards-based programming model across Intel XPUs with Intel’s OneAPI tools.

With OneAPI, developers can choose the best architecture for the specific problem they are trying to solve without needing to rewrite software for the next architecture and platform. 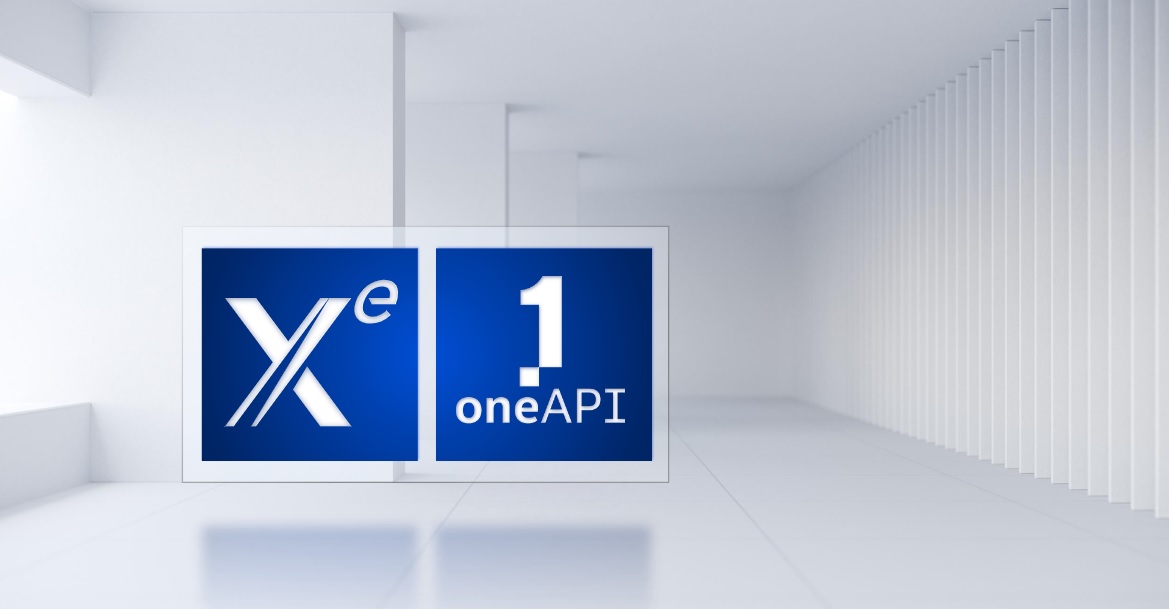 Above: Intel’s GPUs and OneAPI software go together.

In addition, the Intel DevCloud, where developers can test code and workloads on a variety of Intel architectures, is expanding to include new Intel Iris Xe graphics hardware.

Developers can leverage the common API in today’s Media SDK, which will be incorporated into the OneAPI Video Processing Library next year.