Intel’s stock price fell 9.5% after it reported earnings and revenues that matched expectations today. Investors may have been spooked by weakness in the datacenter business, but in a conference call with analysts, CEO Bob Swan expressed optimism about the future.

In the call, Swan acknowledged that 2020 has been “the most challenging year in my career — with a global pandemic, geopolitical tensions challenging business principles of globalization, and social unrest.”

But he also said Intel would grow revenue in 2020 by about $1.8 billion beyond its expectations in January, even with the pandemic. But he said Intel’s profits for the year would be lower than expected because the company accelerated the launch of 10-nanometer processors, which cost more to produce at the moment than the prior-generation 14nm products.

The new chips have circuits that are 10 billionths of a meter apart. The smaller the number, the faster the chips. They’re less costly as well, except in earlier stages of manufacturing, as right now. Intel has three 10nm factories in the U.S. operating now, and it has expanded its overall capacity by 25% in 2020.

Swan said that the launch of the code-named Tiger Lake processors (11th Gen Intel Core) is going better than planned, as Intel expects to see 100 laptop models debut this year, in comparison to 50 models for an earlier estimate. The number will be 150 counting 2021. 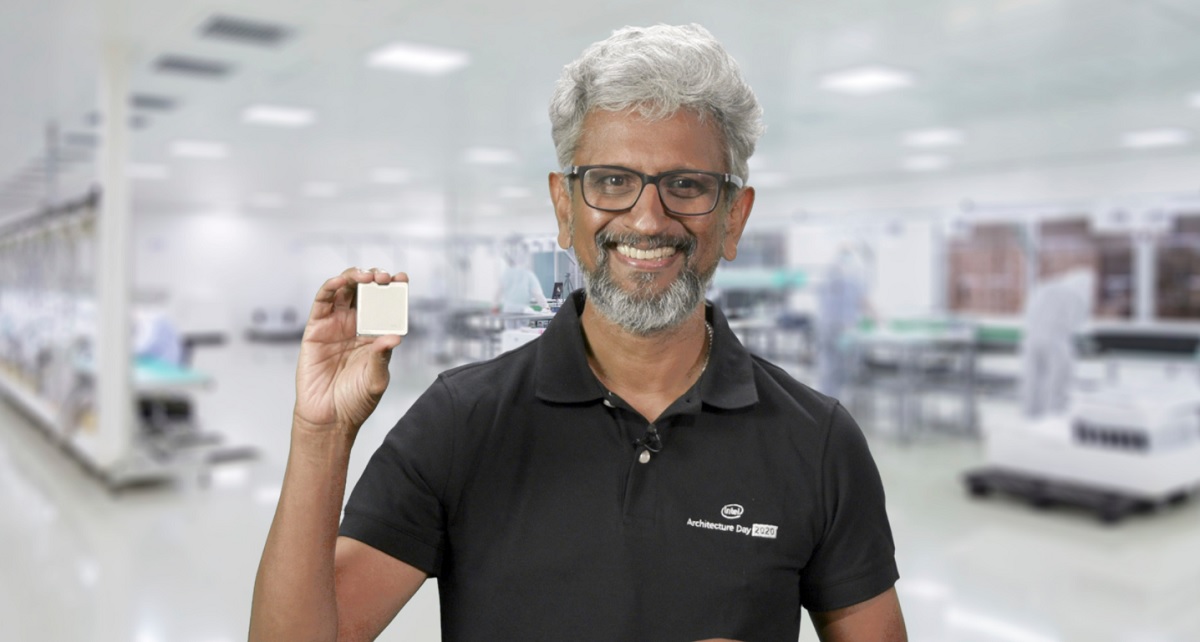 Intel faces tough competition from Nvidia in AI and graphics chips, while Advanced Micro Devices is much more competitive in central processing units (CPUs). And in July, Intel made the embarrassing disclosure that its new generation of 7-nanometer manufacturing has been delayed. It prompted Intel to say it was considering outsourcing some manufacturing to a contract chip manufacturer.

One of Intel’s advantages has been its internal manufacturing with plants in the United States, but the company has stumbled twice now on transitions to new generations, allowing rivals who use external manufacturer TSMC and others to make gains on Intel.

Intel itself has been working with TSMC to evaluate whether it will tap the Taiwanese company’s external production capacity, and Swan said he is confident in Intel’s ability to port its chips to TSMC’s factories, or to port back to its own factories in the U.S.

Swan said he believes Intel still gets great benefits from internal manufacturing with better economics, co-optimization of chip design and chip manufacturing, and assurance of manufacturing capacity. That’s why Intel will continue to invest in leading-edge manufacturing for internal factories. He said the testing for 7nm manufacturing is going fairly well.

“We have another great lineup of products in 2022, and I’m increasingly confident in the leadership our 2023 products will deliver on either Intel 7nm or external foundry process — or a combination of both,” he said.

He believes with a better product roadmap and improved capacity, Intel will be able to recapture market share lost to rival AMD.

Swan noted that while Intel is selling its NAND flash memory chip business to South Korea’s SK Hynix for $9 billion, Intel will retain its Optane technology and continue to invest in that business.