American and British consumers believe that the metaverse will likely come to fruition in one to five years.

But while gamers and developers are bullish about how soon the metaverse will become a reality, they are divided over what it may look like and what opportunities it will provide.

Improbable polled 2,000 gamers and 800 game developers across the United Kingdom and the U.S. to explore what the future of the metaverse looks like. It asked about barriers to its creation and the misconceptions surrounding it to better understand what industry needs to do to help make the metaverse a reality. The research was carried out by One Poll.

Improbable is one of the companies building the infrastructure for running virtual worlds and games that will eventually be part of a larger metaverse, the universe of virtual worlds that are all interconnected, like in novels such as Snow Crash and Ready Player One.

Improbable said gamers expect the metaverse to be the next big step, and they expect it to emerge fast.

Meanwhile, younger respondents are even more sanguine. About 61% of American gamers aged 18 to 24 expect to be able to spend time in the metaverse within five years from now. Only 8% see the metaverse as being more than ten years away.

Overall, 90% of American and 93% of British gamers believe that it will be populated and accessible within ten years, with only 1% predicting that it will never become a reality.

But people have different visions for the metaverse. 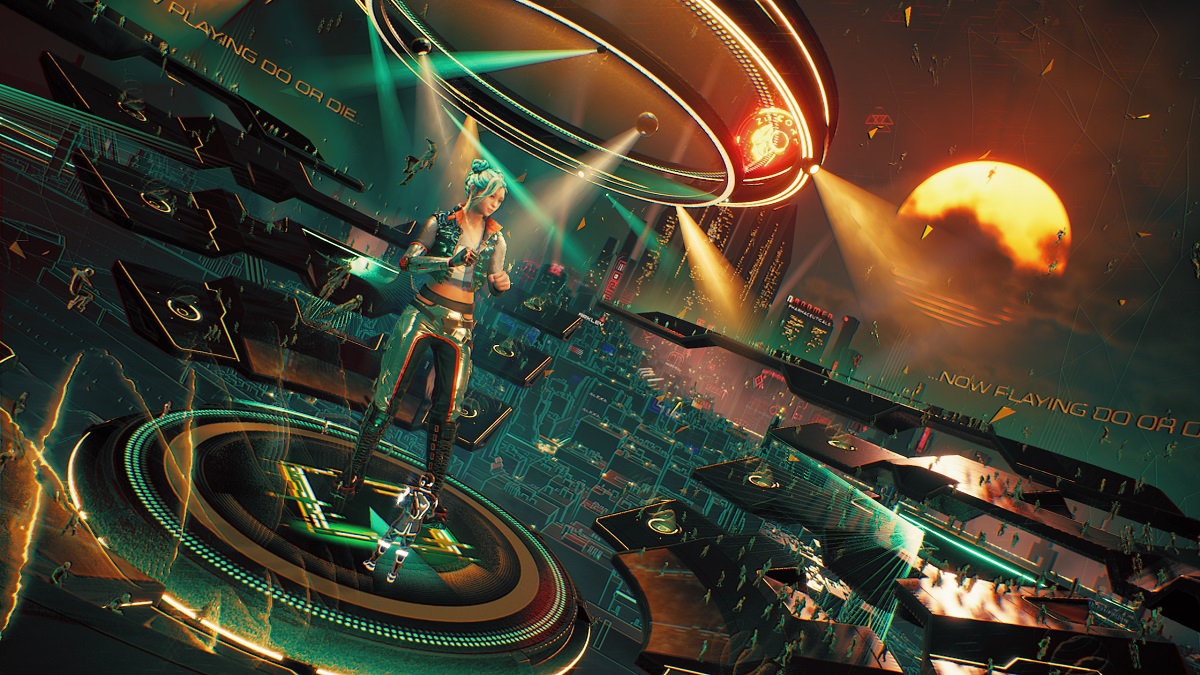 Above: AleXa’s virtual concert could be a forerunner of the metaverse.

When asked who the metaverse should belong to and what model would best fit the needs of its future inhabitants, American gamers are split in a way that is reminiscent of real-world politics. Some 41% think that the best way is to have not one, but multiple metaverses coexist, each owned by a private entity in charge of nurturing it and competing with its peers to attract users. On the other hand, 47% would rather see the metaverse emerge as a common good, inspired from the Internet’s early days.

The research shows that political leanings influence how people view the development of the metaverse, with traditionally more left-leaning U.S. states preferring an “open source metaverse.” People from Republican-leaning states are more open to the idea of individually owned metaverses established and run by corporate entities.

The diverging attitudes between Europe and the United States are also visible in this topic, with only 37% of players from the United Kingdom favoring multiple competing metaverses, reflecting Europe’s uneasiness towards a potential capture of the metaverse by dominant “big tech” companies.

Opinions also differ on both sides of the Atlantic regarding who would be best positioned to define and own the metaverse in the future. American gamers see the gaming industry and traditional “big tech” corporations as equally likely to come out ahead, while in the U.K., 29% think that the odds favor the gaming industry, compared to only 18% for large technology companies such as Apple and Microsoft.

Over 35% of players would be happy to earn money by selling their personal data. They are also the ones who are more open to the metaverse being owned by the big corporate giants, which could provide more economic opportunities.

“There are some things that we need to understand and agree on collectively as the metaverse becomes a reality,” said Herman Narula, CEO of Improbable, in a statement. “Ensuring fair and equal access, as well as benefiting from optimal forms of an agreed form of currency and payment enabling the trading of valuable goods, will be crucial.”

He added, “The scope of expectations ranging from new ways to make money to reinventing a way to form society is something that we need, as an industry, to address responsibly. We’re excited to be at the cliff edge for a wave of new innovation in relation to the metaverse and are looking forward to the ride.”

Narula will be speaking at our GamesBeat Summit: Into the Metaverse 2 online event on January 26-27.

Improbable said that the metaverse will alter the rules of the economic game for good and may set the stage for the next wave of cryptocurrency adoption.

When thinking about what the economy might look like in the metaverse, gamers turn the traditional model upside down. The current physical and digital worlds’ most dominant commercial activities, advertising and trade between parties, score the lowest among a selection of potential ways of earning money in the metaverse.

While only one in three players say that they would spontaneously consider trading with other people (34%) or investing to earn money in the metaverse (36%), 57% claim they would happily “play to earn.”

When it comes to payments, in-game tokens would be the currency of choice for gamers (47%), but cryptocurrency remains a very close second (45%). Players demonstrated a slight preference in the United Kingdom for either unregulated currency like crypto or a metaverse-specific currency (42%) rather than government-controlled currency (37%), showing centrally controlled fiat currencies are not as trusted in this region in a setting like the metaverse.

The key requirement for currency in the metaverse is that it is transferable around multiple metaverses, with 76% of gamers citing this as a key principle of success.

The value to be found in the metaverse comes in great part from human potentialities and experience, making it bigger than the mere economic avenues it opens, Improbable said.

Opinions diverge when looking at what opportunities the metaverse will provide and it seems these fall on either side of a philosophical divide.

Almost one in four (24%) would use the metaverse to earn money, and 39% of players would do so by purchasing virtual property and renting it out. Over 35% are also happy to earn money by selling their personal data. They tend to be more favorable to the possibility of the metaverse being owned by multiple private entities, thereby generating more economic opportunities.

The games and entertainment industries have experienced multiple disruptions over the past 3 decades, always leading to vastly increased scale and value for consumers and creators alike. From 8-bit consoles to modern machines, from tethered devices to mobile gaming and streaming services, each transition is bringing radical shifts in business and operating models from packaged goods, to downloadable content and now free-to-play with microtransactions. Early movers have typically been the winners in such transitions, and service providers are key to helping companies make these transitions quickly and  effectively. At Improbable, we aim to be an informed technical, production and operational partner helping our clients navigate the major disruption represented by Web 3; a full-stack service provider for any company seeking to launch, or participate in, a metaverse project.

At the other end of the scale, a significant number just want to play games (57%), hang out with friends (28%), have an open-source metaverse (47%) and for celebrities to drive its creation (8%).

Narula concluded, “Developers looking at creating content in the metaverse, and brands and businesses that are seeking to attract people to a whole new experience, must be aware of deeper, more fulfilling reasons that will motivate people to take part in this whole new world.”

Improbable polled 2,800 gamers and game developers across the U.K. and U.S. to explore what the future of the metaverse looks like. Four groups were separately questioned, divided as follows: 1,000 U.S. gamers, 1,000 U.K. gamers, 400 U.S. developers, and 400 U.K. developers. The research was carried out by One Poll on November 18 to 29, 2021. Respondents completed the survey online.