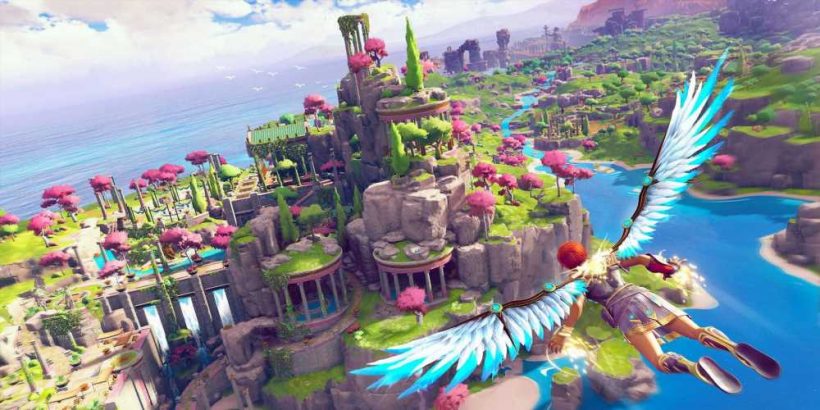 Immortals Fenyx Rising might just be coming to Xbox Game Pass at some point in the very near future. The game would be joining a growing list of top titles to have come to the subscription service including many others by its developer, Ubisoft.

The news comes from a leak earlier this month which has been slowly gaining traction over time to the point that many players are expecting an official announcement to be made on August 16, 2022. This would coincide with what players have come to expect in terms of announcements by Microsoft. The most recent development is that a promotional image featuring the logos for both Xbox Game Pass and Immortals Fenyx Rising has been leaked.

Immortals Fenyx Rising was released worldwide on December 3, 2020 for Switch, PS4, PS5, Xbox One, Xbox Series X|S, PC, Switch, Stadia, and Luna. The game follows the eponymous hero on their quest to stop a villain called Typhon after they escape from the underworld. “Immortals Fenyx Rising brings grand mythological adventure to life,” the official description reads. “Play as Fenyx, a new, winged demigod, on a quest to save the Greek gods. The fate of the world is at stake. You are the gods’ last hope.”

The game lets players “wield the powers of the gods like Achilles' sword and Daidalos' wings to battle powerful enemies and solve ancient puzzles" as well as "fight iconic mythological beasts like Cyclops and Medusa in dynamic combat in the air and on the ground” in addition to discovering a “stylized open world across seven unique regions, each inspired by the gods.” When it comes to gameplay, players can use their “skills and diverse weapons including self-guided arrows, telekinesis, and more for devastating damage.”

Immortals Fenyx Rising was met with a positive reception on the part of both critics and players, the most common complaint being a lack of innovation. The game has often been compared to The Legend of Zelda: Breath of the Wild for better and worse.