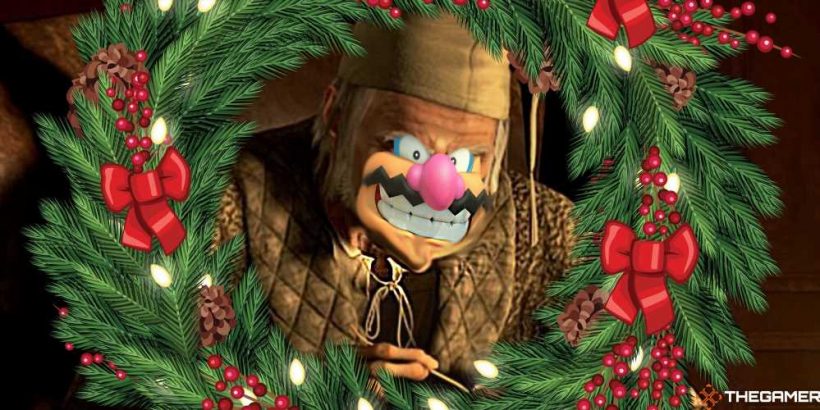 When it comes to the values, themes, and traditions we associate with Christmas today, no tale holds the cultural value of Charles Dickens' A Christmas Carol. This enduring story of grief, charity, and redemption is universally known and revered, receiving new adaptations year after year.

However, the novella's last video game appearance was over ten years ago in a DS spin-off of the 2009 Disney film. So I decided to change that and stage a production of A Christmas Carol with gaming's brightest stars! Here are the top picks I cast in each role. 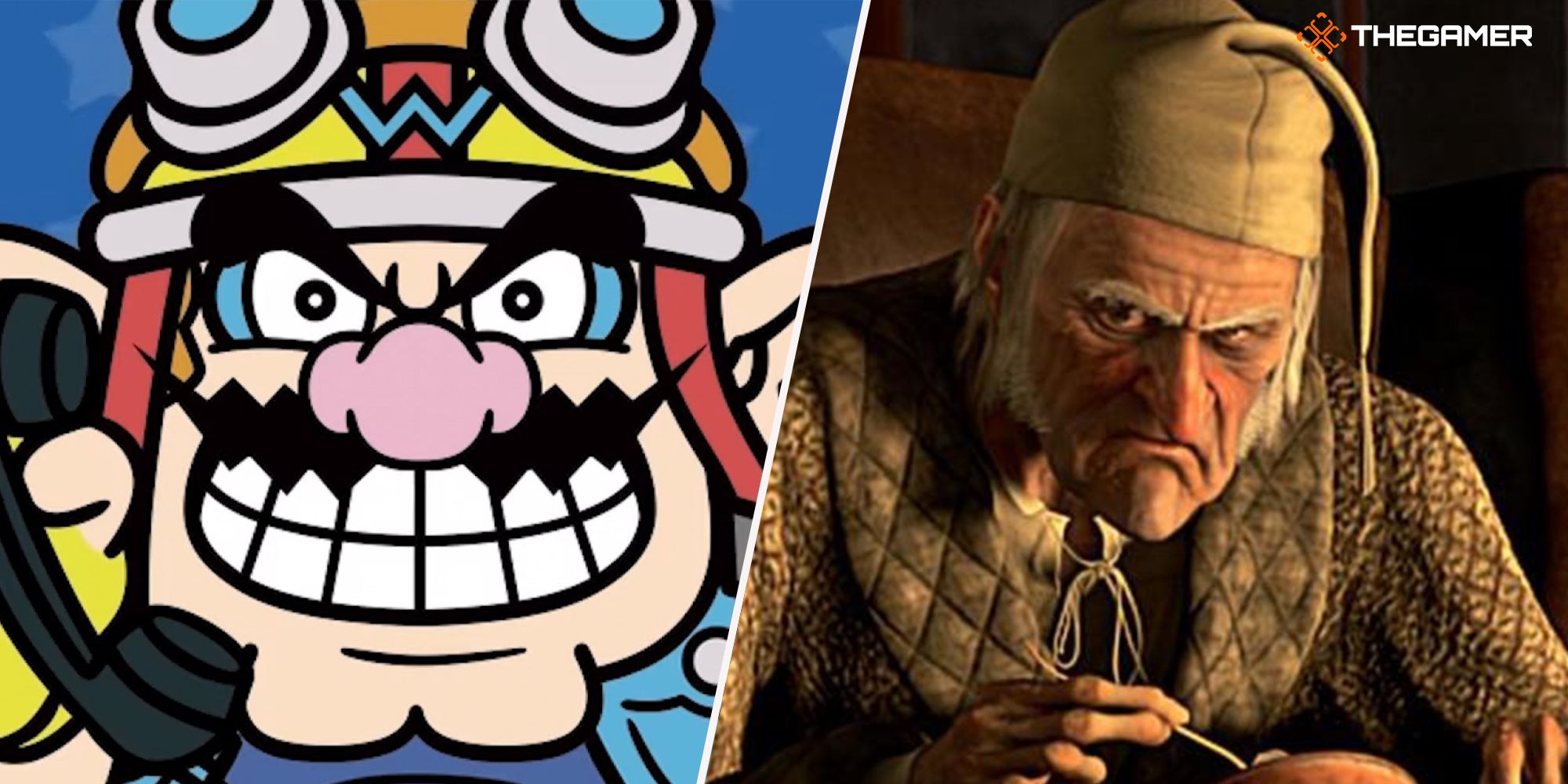 Casting Ebenezer Scrooge is a tall order. Think of all the masterful actors who've taken on this role in the past, including Patrick Stewart, Jim Carrey, and Michael Caine. The best Scrooges are equally spiteful, greedy, relatable, and sincere. Scrooge's humanity is what keeps us interested in his journey. Why root for someone who is clearly beyond reprieve?

Wario is a little out there, but it makes sense when you consider it. On the one hand, Wario is a greedy video game business owner obsessed with money. Yet, on the other hand, this villainous character has transformed over the years into a lovable anti-hero. After all, why would his friends stay with WarioWare, Inc. if they didn't find him redeeming in some way? 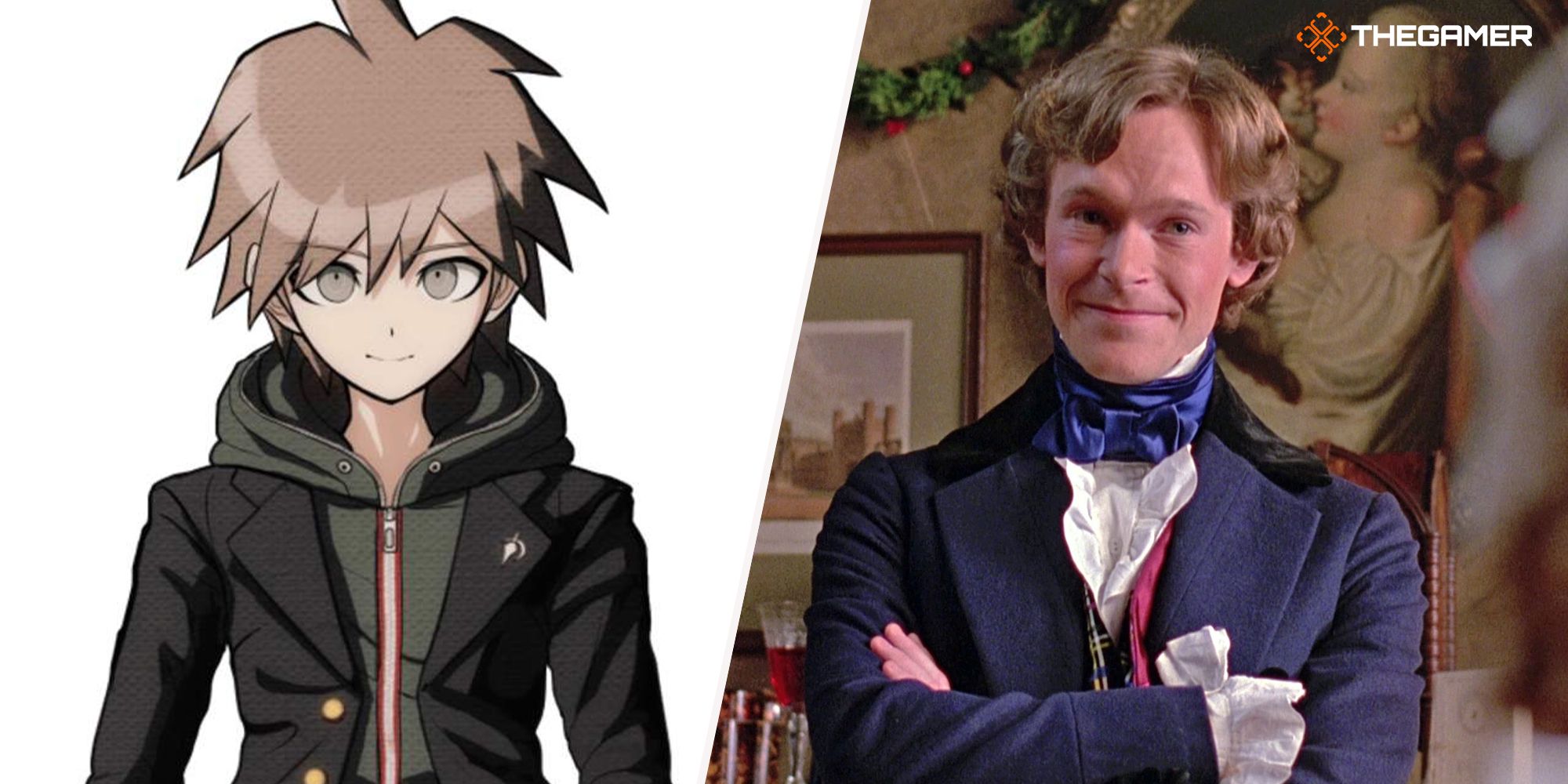 So I'm watching the new animated Netflix special, Scrooge. And the film begins with a cheerful musical number performed charismatically by Scrooge's nephew, Harry Huffman (voiced by Fra Fee). In this adaptation, Harry takes the place of Scrooge's nephew, Fred, from the original novel. Whether Harry or Fred, Scrooge's nephew is the persistently optimistic son of a gun, who invites his beloved uncle to his Christmas Eve festivities each year only to get rejected.

Who better to play someone as bright, forgiving, and determined than the poster boy for hope itself, Danganronpa's protagonist Makoto Naegi? This high school student defeated the Ultimate Despair and saved his fellow students from a Jigsaw-Esque murder competition. If he can do that, he can eventually get his uncle to come over for dinner. You gotta love this baby-faced ray of sunshine! 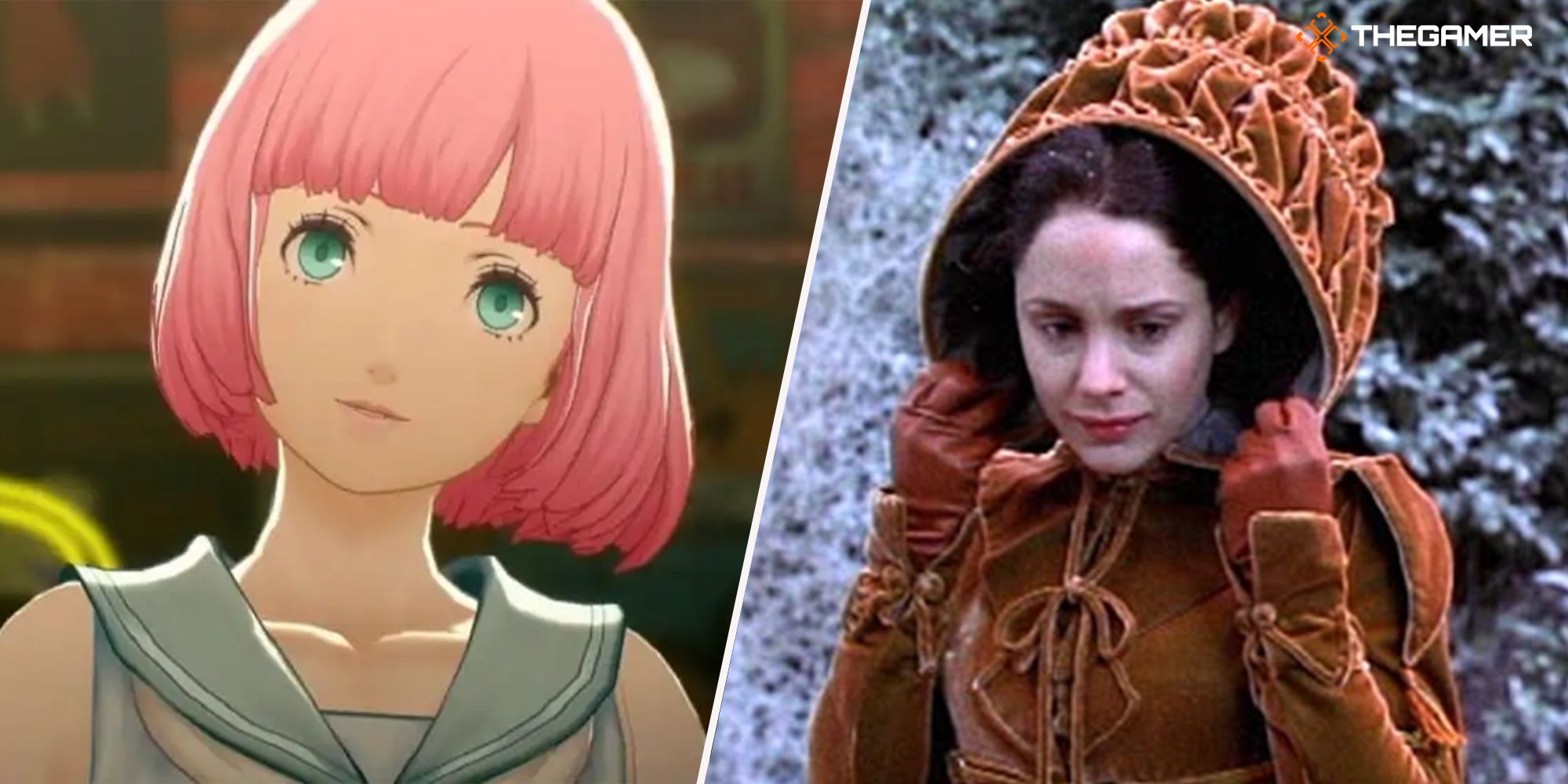 Belle is Scrooge's true love who leaves him when she realizes he values financial security above all else, including their relationship. She's often characterized as a kind and loving soul who lives in the moment. So when Scrooge relives losing Belle with the Ghost Of Christmas Past, the sting is so hard that he begs to get taken away from this memory.

If I'm casting the ultimate "One That Got Away," we need someone who embodies an irreplaceable inner beauty. In this case, my mind immediately recalls Qatherine, or Rin, for short, the love interest introduced in Catherine's next-gen remaster, Catherine: Full Body. If you follow Rin's storyline in the game, Vincent will learn the truth of unconditional love, and the happy couple will journey among the stars. That is how unique Rin is. 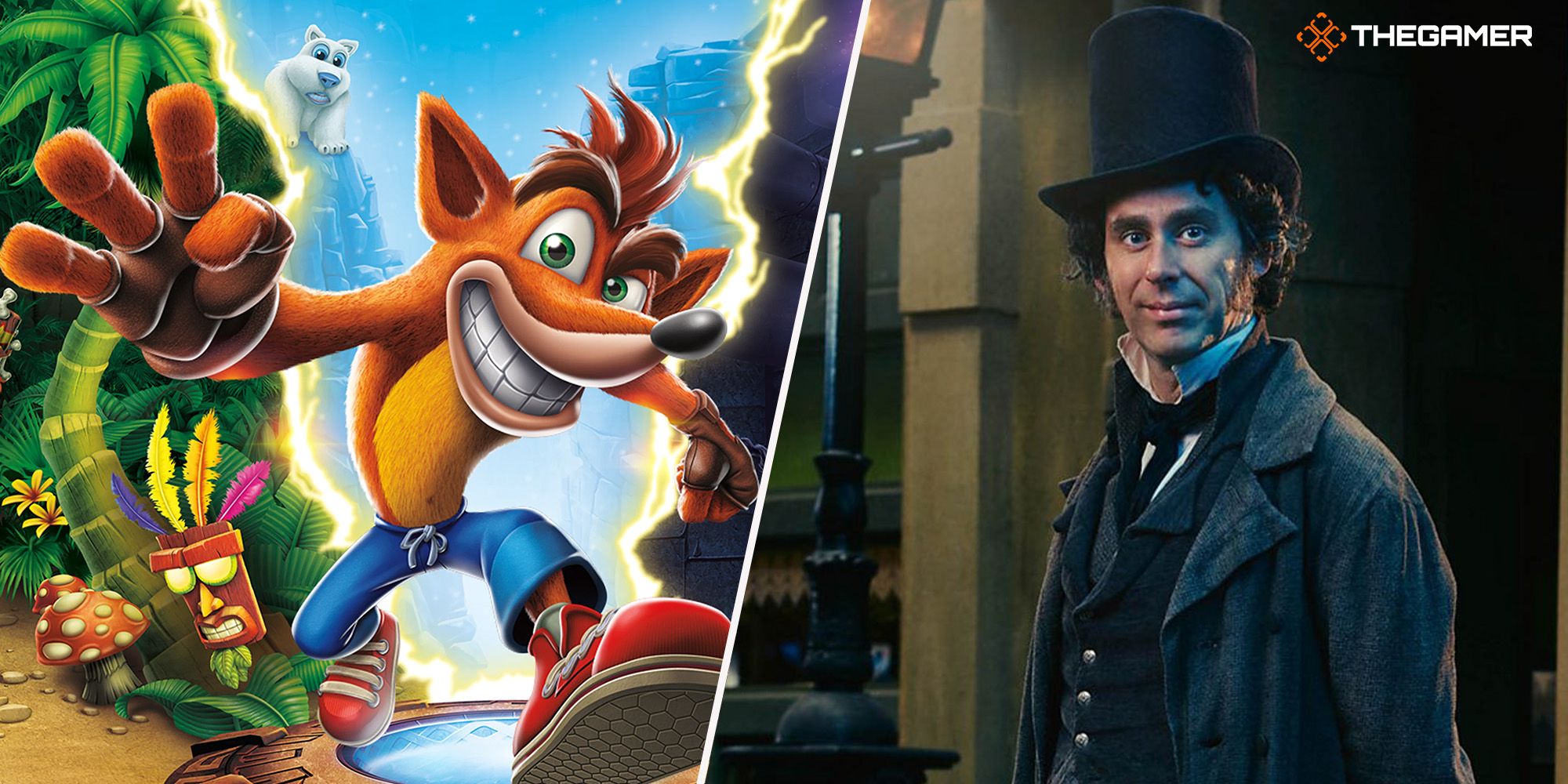 Bob Cratchit is the relatable everyman. He's a modest dude who wants nothing more than to take care of his family the best he can. I need someone instantly likable but less "sunshine and rainbows" than Fred. Furthermore, whoever plays Cratchit needs to have some age and experience. Cratchit is a father of six, after all.

After an N-Sane Trilogy of adventures, I think Crash Bandicoot has enough life experience to portray Cratchit. Do I think he may need a little coaching to handle the more dramatic aspects of the role? Yeah. But I wouldn't mind putting in the time. He's got potential, and that's enough for me. 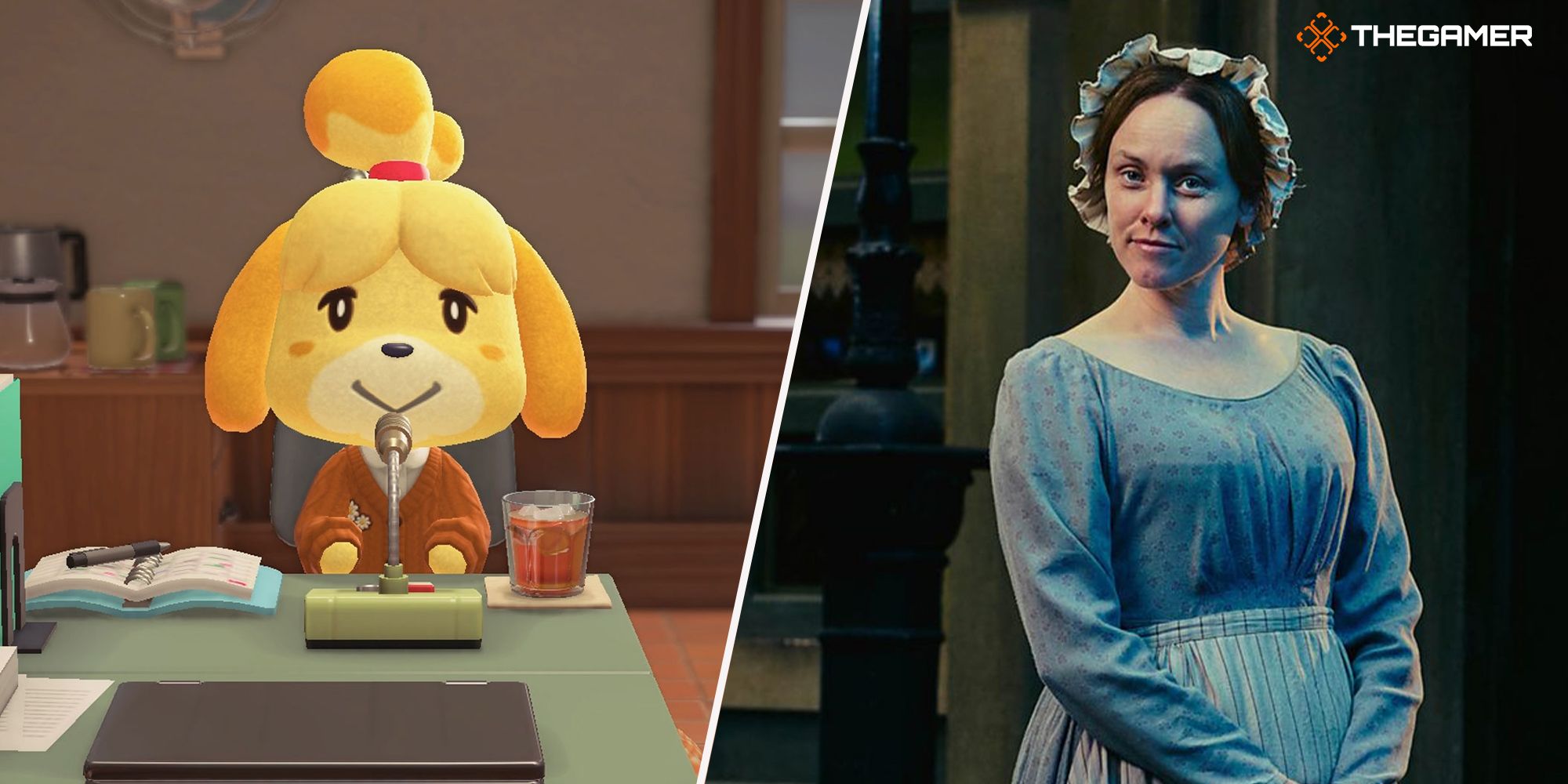 Managing a family of eight takes nerve, especially when one of your children has a potentially fatal illness. So whoever plays Emily Cratchit needs to be caring without playing a thankless push-over. She's a foil to Bob in some regards. While Mr. Cratchit diminishes in front of his boss, Mrs. Cratchit speaks her mind. When Bob says a prayer for Scrooge, Emily calls him out for honoring a thoroughly dishonorable man.

Isabelle is the genius with nineteen engineering degrees that keeps your village running smoothly in Animal Crossing. Sure, she's timid and a tad air-headed. But Isabelle's also persistent and resilient. She faces hardship with a sense of resolve. That takes real guts.

Isabelle may need a little push for Emily's more powerful moments. But if I can train someone as exaggerated as Crash to play small, surely I can dedicate time to getting Isabelle to play big. Also, maybe it's me, but I find peacekeepers play great hotheads and vice versa. Either way, the two contrast each other well, and I can't wait for the chemistry read! 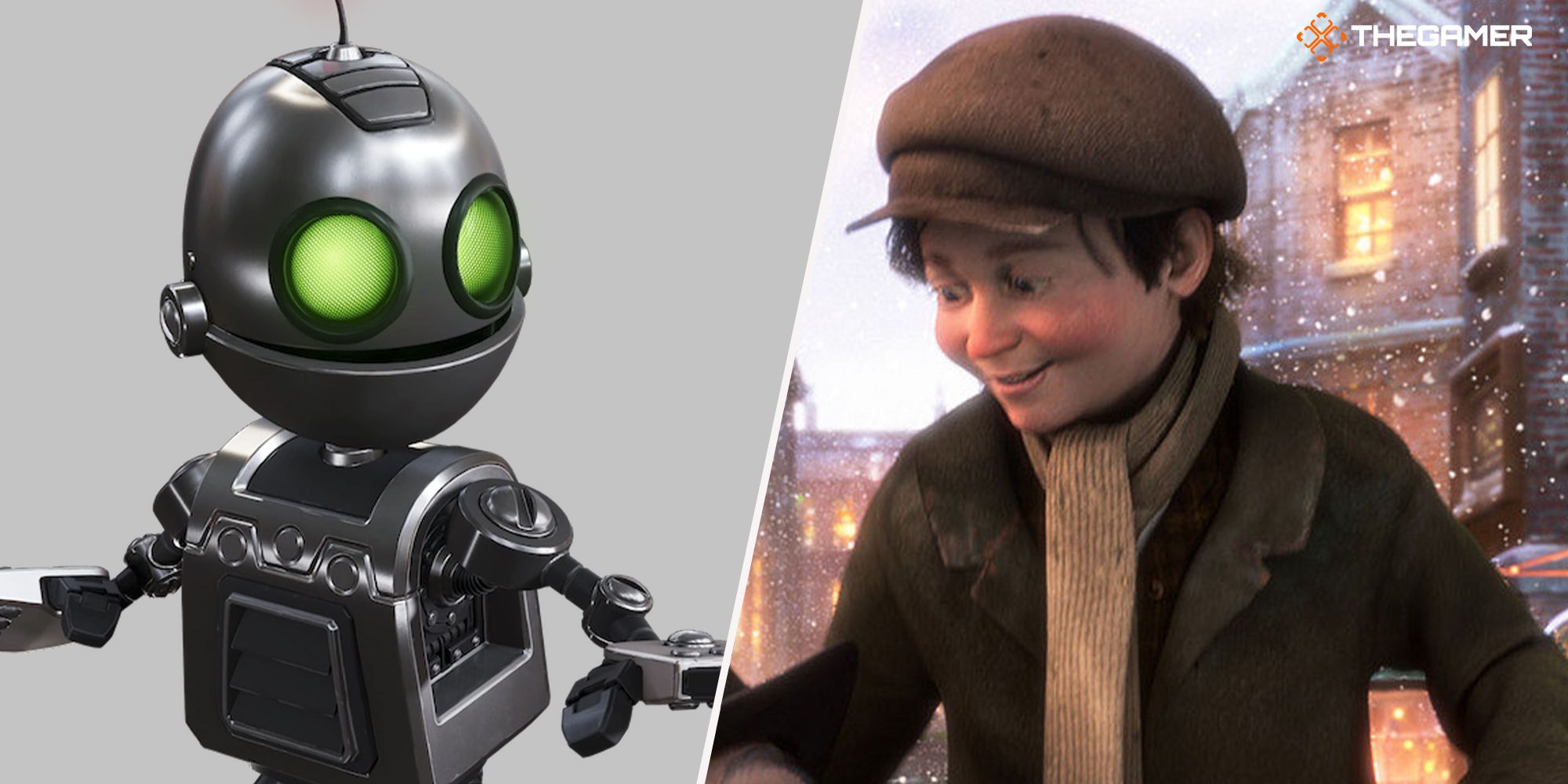 What are the requisites to play Tiny Tim? I need the right combination of wholesomeness, enthusiasm, and unimaginable maturity. My Tiny Tim must also be cute as a button, so the audience feels compelled to protect this child at all costs. Crank, the insightful robotic sidekick from the Ratchet And Clank series, is the perfect fit.

Tiny Tim and Clank share several traits. First, both of them live with disabilities. Second, both of them have a childlike naivete. And finally, both are wise beyond their years, possibly touched by the Gods. Clank possesses a Zoni soul, making him a godlike being. Tiny Tim makes such a powerful observation during a church service that his father is moved to tears. 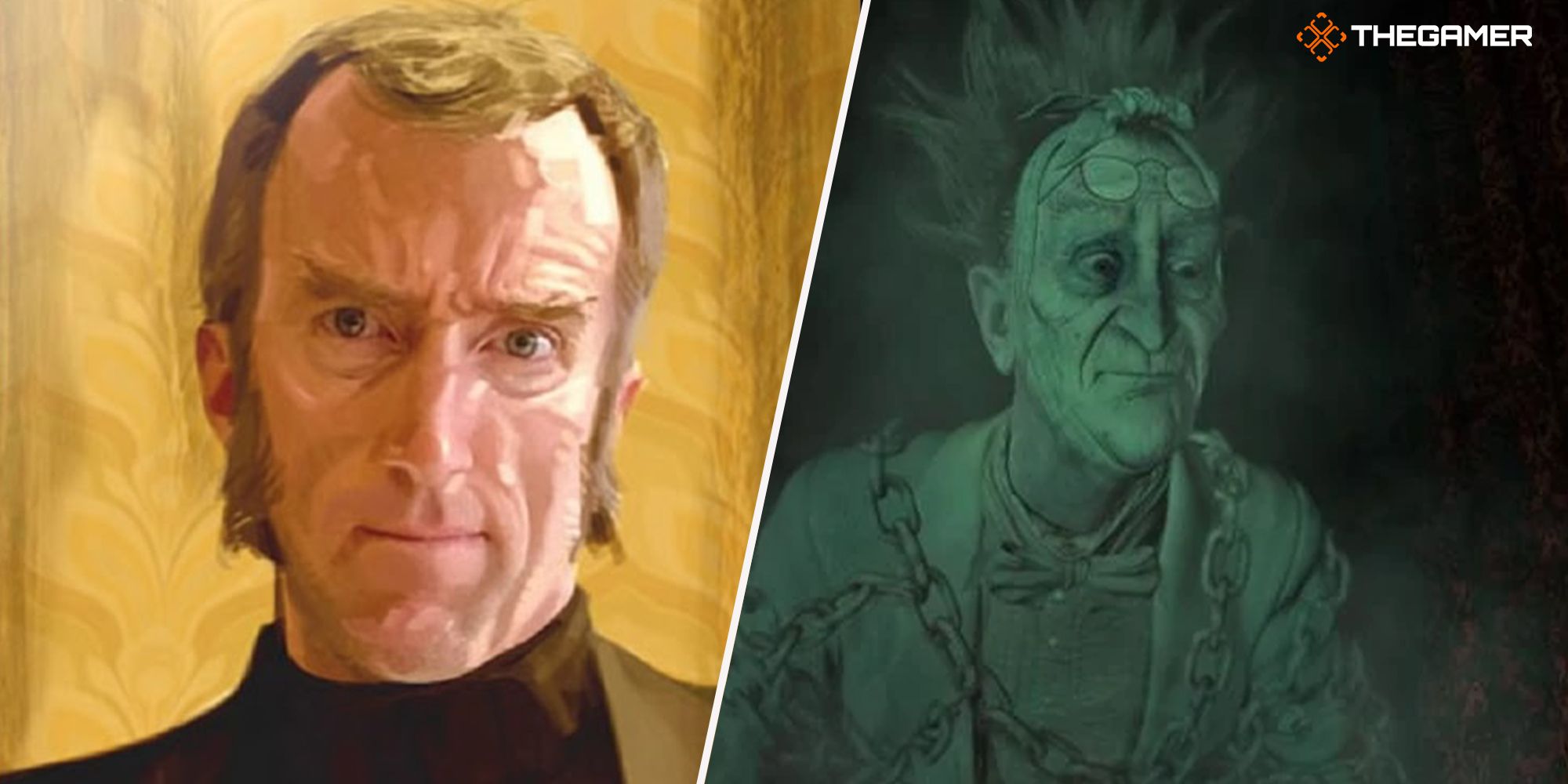 I recently watched the raunchy retelling of A Christmas Carol, Scrooged, starring Bill Murray as a cynical television network president that gets visited by several Christmas ghosts. The first is his old boss, a vulgar version of Jacob Marley that looks like a Zombie CEO that wandered in from a golf outing. Immediately, my mind went to the eccentric founder of Aperture Science, Cave Johnson, played impeccably by J.K. Simmons in Portal 2.

Cave Johnson had the personality of a used car salesman: personable yet reckless. He knew people well enough to bend them to his will, having them participate in hazardous scientific experiments that took many lives. I'm sure the former megalomaniac has plenty of regrets now that he's dead. So, he'll make time to leave Hell and push Scrooge to change his ways. 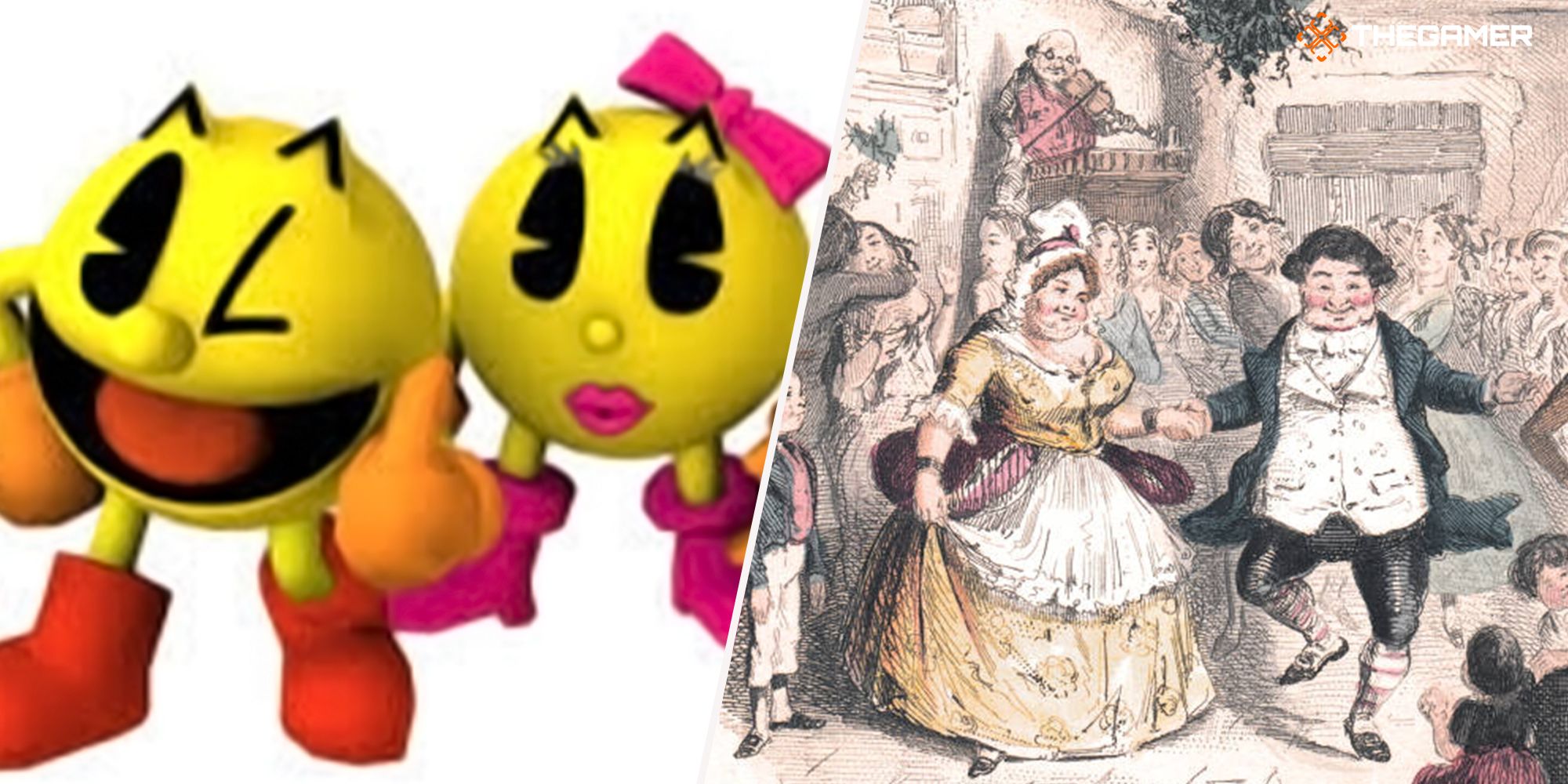 Don't you love the Fezziwigs? While they play a minor role in Dicken's novel, the Fezziwigs leave an indelible impact. Mr. Fezziwig is Scrooge's first boss and a rather charitable one. He and his wife hold an annual Christmas Eve party, universally beloved by the community.

Whoever fills the Fezziwigs' shoes must be adored, friendly, and balanced. Picture your favorite Work Mom and Work Dad. So, I would cast gaming's most prized couple, Mr. And Ms. Pac-Man. These two are classics through and through. Yet, they know how to stay hip with the times. They have the perfect energy for these roles.

3/11 Ghost Of Christmas Past: Elena 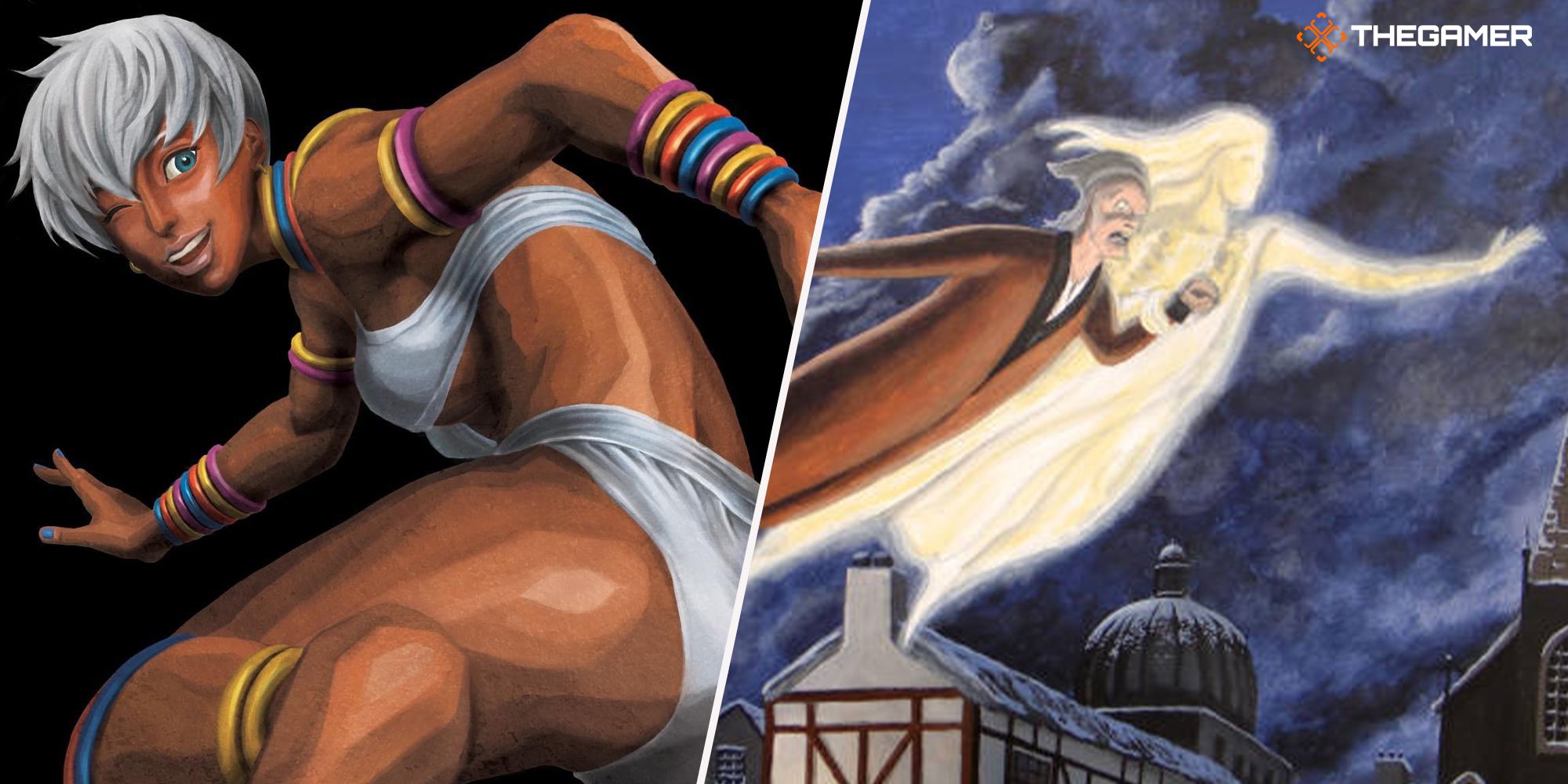 In the novella and its numerous adaptations, A Christmas Carol characterizes the Ghost Of Christmas Past as a luminous being that appears both young and old. This spirit is a beacon that is eternally wise and immensely empathetic. So, I need someone that embodies warmth and understanding for this role.

The obvious choice is Elena, the East African healing princess Capcom introduced in Street Fighter 3. Elena is exceptionally sharp, with the ability to sense dark energy from something as small as the sound of the trees. Plus, she's worldly, having traveled and studied in several countries, including Japan and France. So her people-reading abilities are likely off the charts.

With such high emotional intelligence, Elena can find the empathy to care for a character as self-centered as Scrooge, which serves as his first step toward rehabilitation. 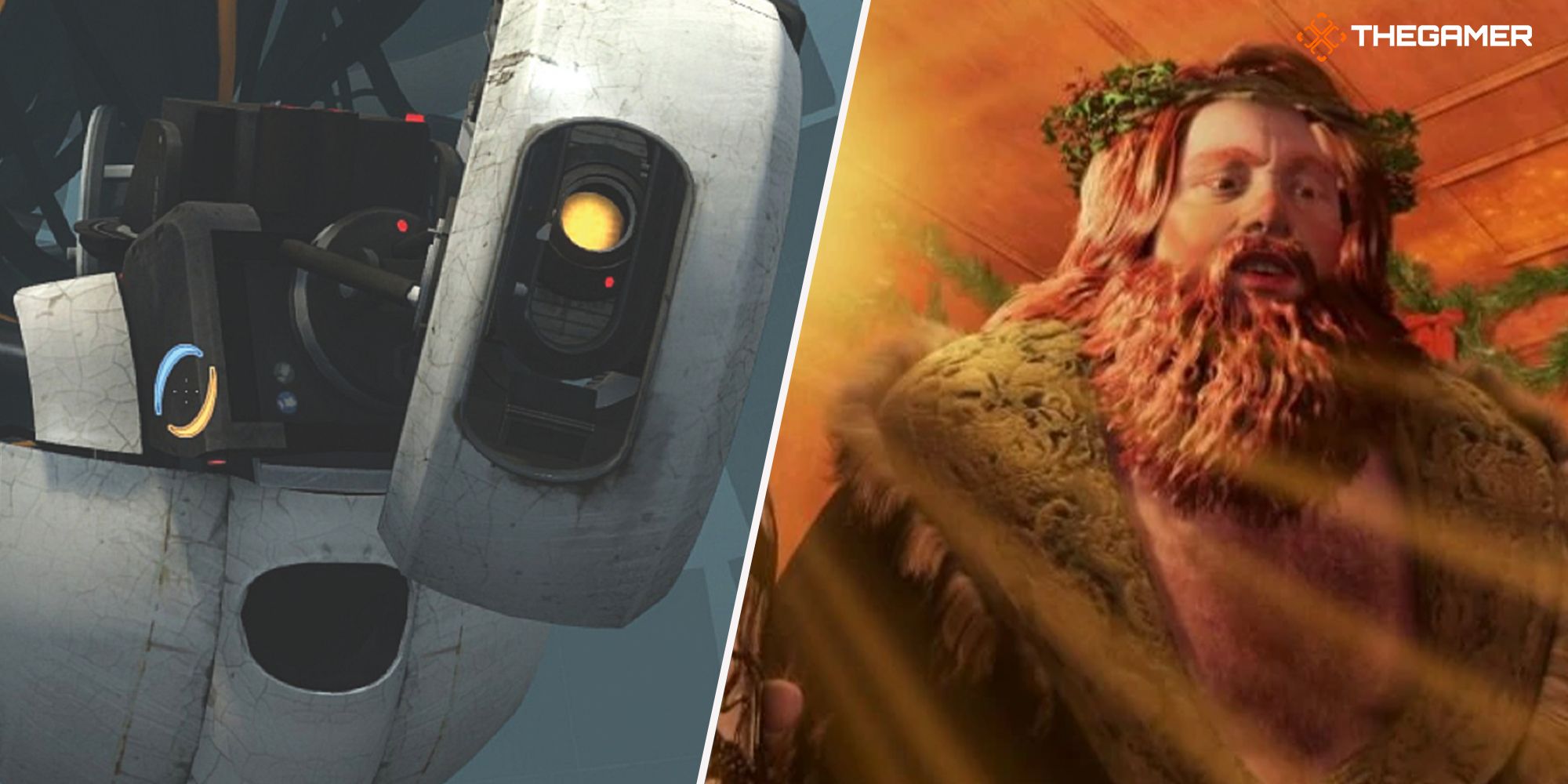 If there's one game character I can trust to tell it like it is, it's GLaDOS, the AI that oversees testing in the Portal game series. Her criticism is biting, hilarious, and couched in bitter yet unignorable reality. I can't wait to see her rapport with Wario. Their bickering back and forth will be a riot!

1/11 Ghost Of Christmas Yet To Come: Noob Saibot 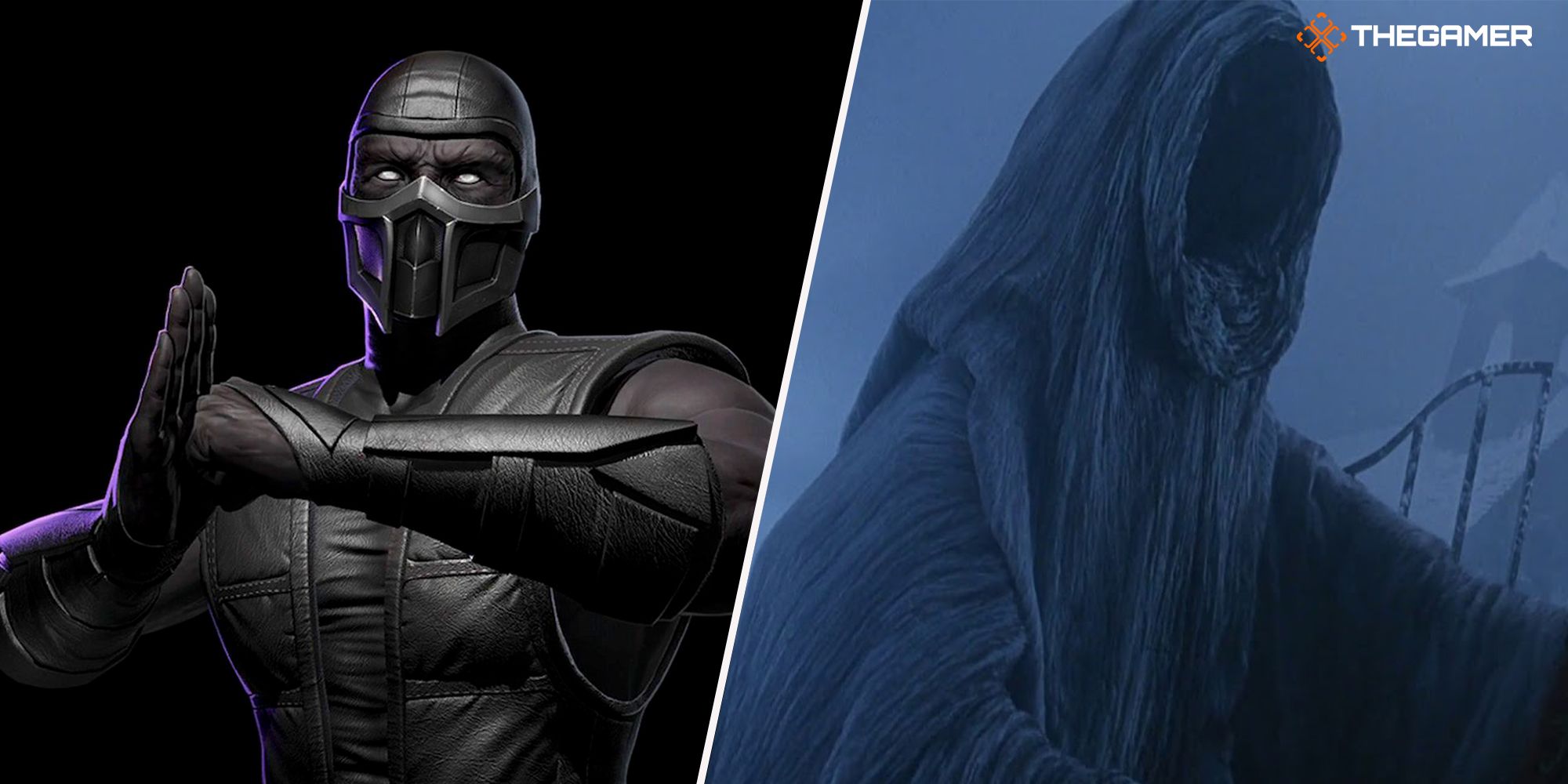 The Ghost Of Christmas Yet To Come is like the "Scared Straight" program of Christmas. This ghost essentially scares the shit out of Scrooge to kick his butt into kindness. And, as we all know, the tactic works.

I need someone mysterious, terrifying, and ambiguous for this final role. So why not an actual wraith? Noob Saibot is a soul of little words. Yet, his actions (and disgusting fatalities) can send shivers down anyone's spine. And if the fear of splitting Scrooge's body from the inside doesn't get him to change, I say, "FINISH HIM!"